Accessibility links
Trump's Latest Campaign Weapon: The Mirror On the campaign trail, Donald Trump seems to be using the art of projection to deflect criticism off himself and back onto his opponents. 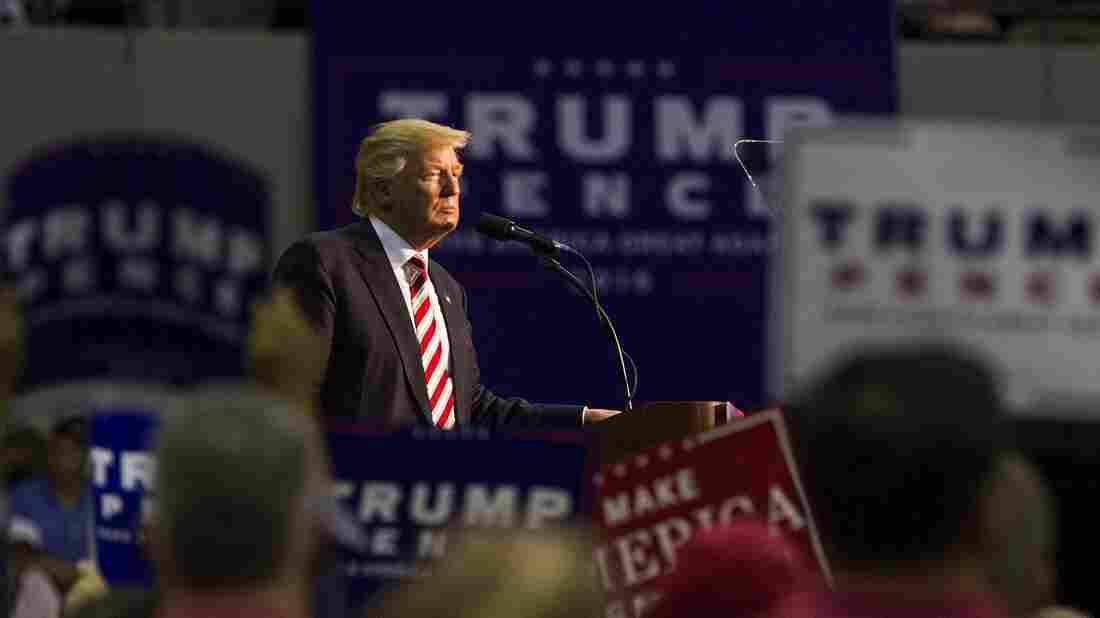 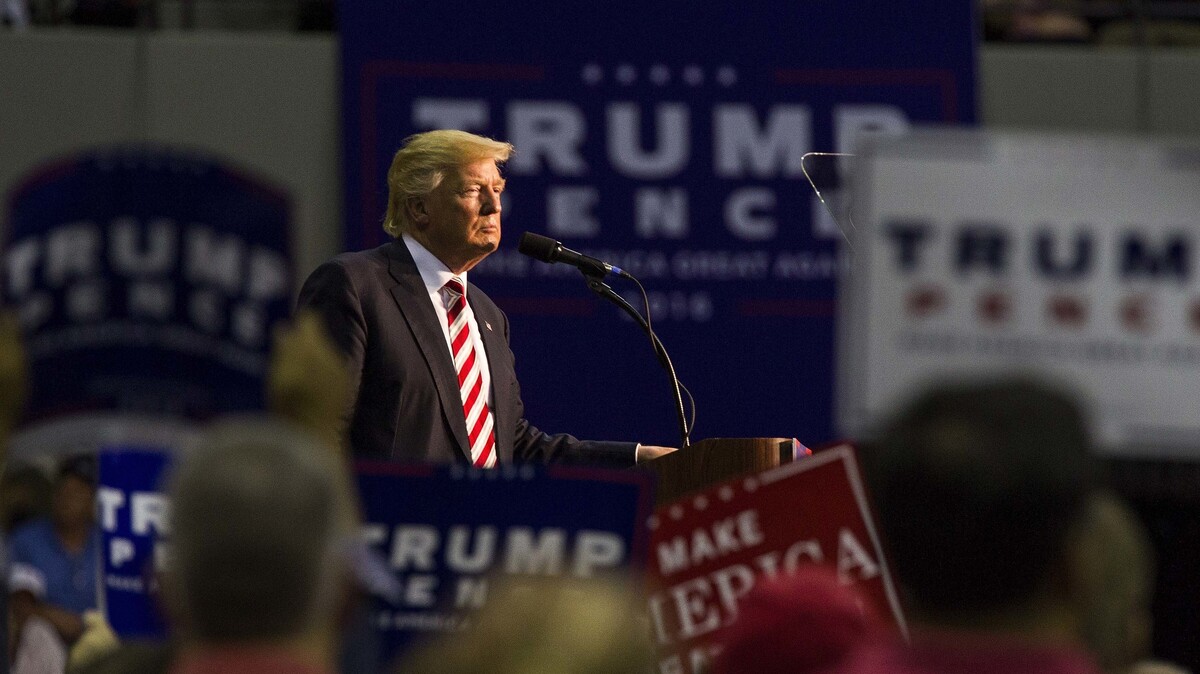 Republican Presidential candidate Donald Trump speaks during his rally at the Pensacola Bay Center on September 9 in Pensacola, Florida.

Donald Trump seems to be running his presidential campaign lately with an old playground adage in mind:

I am rubber. You are glue. Whatever you say bounces off me and sticks to you.

At least, that seemed to be the case at a campaign rally Friday night in Pensacola, Florida. During his speech, several of the more inflammatory attacks lobbed at his opponent appeared to be direct projections of criticisms once aimed at himself.

At the rally, Trump said that the only thing Clinton has done well is keeping herself out of trouble. He was specifically referencing the Department of Justice investigation of Clinton's private email server.

In response to "lock her up" chants from the crowd, Trump seemed to veer off his prepared speech.

"Because she is being so protected, she could walk into this arena right now and shoot somebody with 20,000 people watching right smack in the middle of the heart," Trump said, "and she wouldn't be prosecuted."

That assertion mirrors something the GOP nominee said about himself — one that many people found shocking at the time.

"I could stand in the middle of Fifth Avenue and shoot somebody, and I wouldn't lose any voters." Trump said at a campaign event in Sioux Center, Iowa, nearly nine months ago.

Later in Friday's speech, Trump echoed another talking point from the campaign trail. This time, he bent a criticism that's been aimed at him back onto her.

Clinton has made the same argument repeatedly about Trump, saying that he is "temperamentally unfit" to be president and that his ideas are "dangerously incoherent."

"This is not someone who should ever have the nuclear codes — because it's not hard to imagine Donald Trump leading us into a war just because somebody got under his very thin skin," she said during a June speech on national security.

Trump's projection of criticism of himself onto others has developed into a pattern recently.

This is that Trump projection thing again. https://t.co/1eu9L2cFcd

Last week, the GOP candidate criticized Clinton for not providing specific policy details, even though she had released a 288 page book detailing her proposed policies that same day, according to NPR's Tamara Keith. Not providing concrete policy plans is a criticism Clinton often brings up about her opponent.

Late last month, Trump tweeted that Clinton was "pandering to the worst instincts in our society." The tweet was in response to a speech Clinton gave that day in which she made a similar criticism about him, saying he "built his campaign on prejudice and paranoia" and "is reinforcing harmful stereotypes and offering a dog whistle to his most hateful supporters."

Hillary Clinton's short speech is pandering to the worst instincts in our society. She should be ashamed of herself!

For the rest of Friday night in Florida, Trump mostly stayed on his standard messages, both those in line with traditional conservative values and his own lines: he'll build the wall (Mexico will pay) and it wouldn't be so bad to be friendly with Russia.

But he did veer off course one other time, suggesting that he would shoot Iranians circling U.S. destroyers:

"With Iran, when they circle our beautiful destroyers with their little boats and they make gestures at our people that they shouldn't be allowed to make, they will be shot out of the water," Trump told the crowd.

Bloomberg reporter Jennifer Jacobs tweeted that this remark, along with the earlier comment that Clinton could shoot someone and not be prosecuted, were both instances when Trump went off teleprompter.

Most of shooting language off script. "She's trigger-happy" was in teleprompter. Shooting Iranians, Clinton shooting someone = ad-libbed.