Accessibility links
Thanks To Sept. 11 Security 'Inertia,' Restrictions Still Shape Public Spaces Fifteen years later, some of the places with heightened security restrictions following the terrorist attacks remain that way. Access to an outdoor sculpture in Seattle, for example, is still tight. 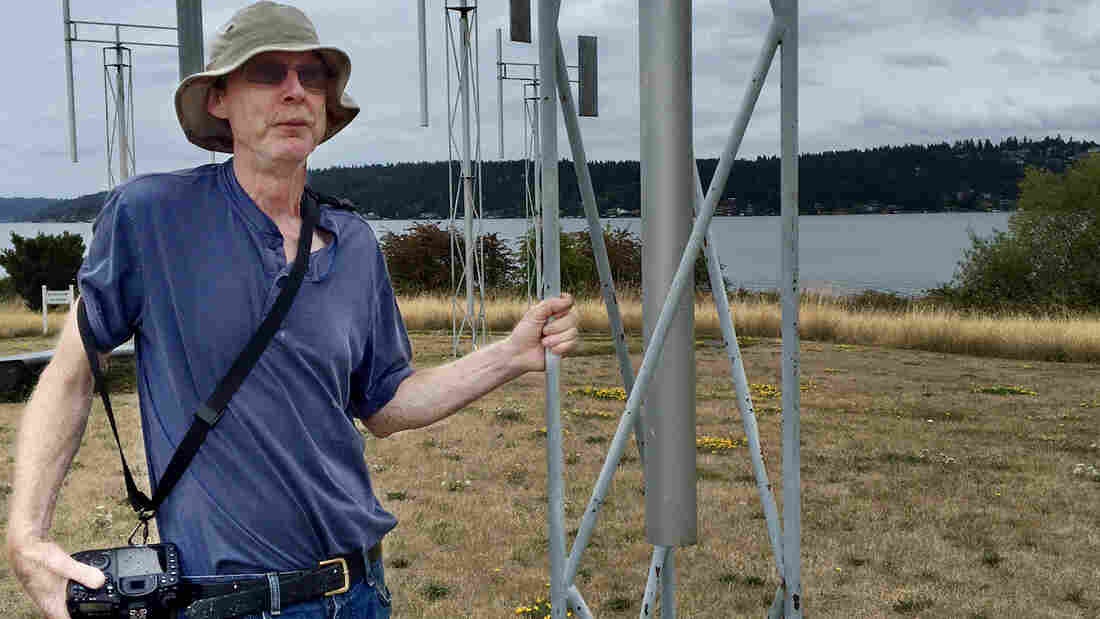 Rick Johnson visits a scenic shoreline in Seattle that's home to A Sound Garden, an outdoor sculpture. The area used to be a popular destination until access was restricted after Sept. 11. Martin Kaste/NPR hide caption 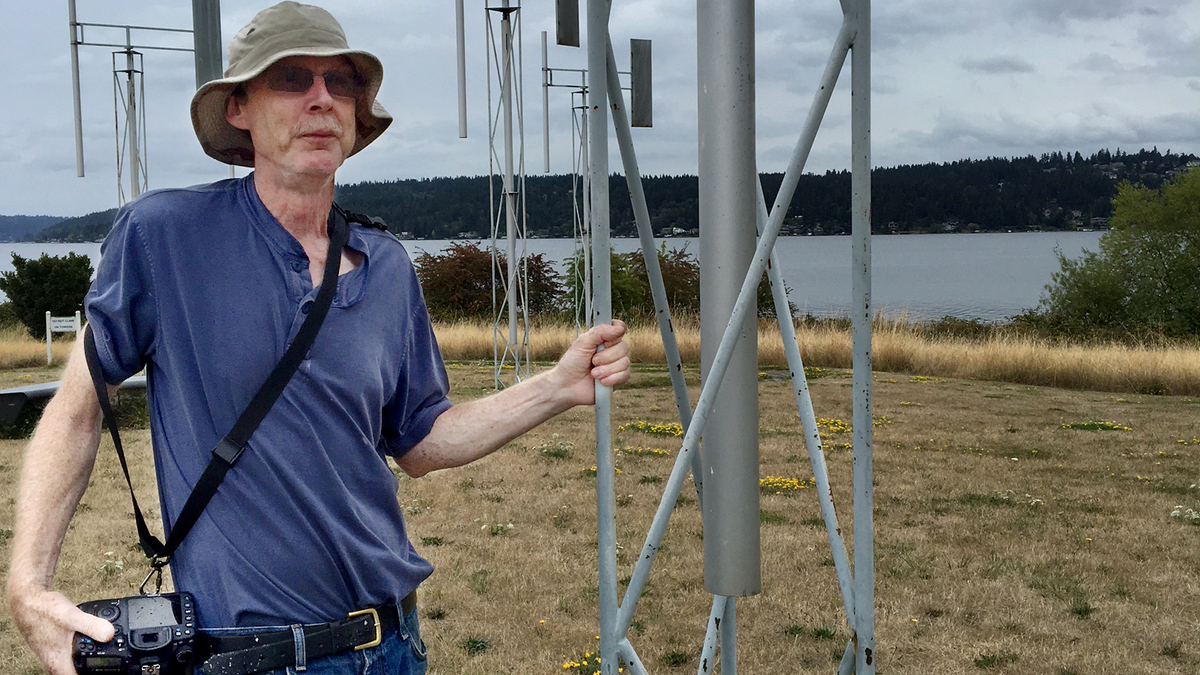 Rick Johnson visits a scenic shoreline in Seattle that's home to A Sound Garden, an outdoor sculpture. The area used to be a popular destination until access was restricted after Sept. 11.

In the aftermath of the Sept. 11 attacks, many beloved public spaces were abruptly closed or had their access severely restricted. At the time, the public generally resigned itself to the new restrictions as a necessary evil in a time of war.

Fifteen years later, the public has stopped noticing. In some cases, such as scenic overlooks at certain dams, the government spent millions on new roads and bridges to allow the public access from less risky positions. But in other places, the restrictions remain, and it's the public space itself that has faded from view.

A good example of this is a scenic shoreline on Lake Washington in Seattle, that's home to an outdoor sculpture called A Sound Garden. It's a series of metal tubes and towers that whistle and moan in the wind. It used to be a popular destination for Seattleites; the sculpture inspired the name of the '90s grunge band Soundgarden.

But the area is on land owned by the National Oceanic and Atmospheric Administration, and access was severely restricted after Sept. 11. Nowadays, you can visit only during weekday business hours, when the guard at the checkpoint has enough time to take your photo ID and sign you in.

The result? A lot of newcomers to Seattle don't even know A Sound Garden exists, and it's rare to see more than one or two visitors at a time.

"This security is not too bad. They leave you alone — once you get on here," says Rick Johnson, a lifelong Seattleite who comes here to take pictures of a nesting osprey. But he is careful where he points his telephoto lens. "They don't want you taking pictures of the buildings."

Restrictions like this are a vestige of the security mindset that followed Sept. 11 and the Oklahoma City bombing, a mindset that assumed terrorists would seek out government buildings or other high-profile targets for so-called spectaculars. But that is no longer the assumption.

With self-radicalized terrorists potentially targeting any public space, heavy restrictions on certain places seem to make less sense. Even in Lower Manhattan, some people have begun to chafe at post-Sept. 11 security measures — such as vehicle bans on parts of Wall Street.

"There are nearly three times as many people living in Lower Manhattan today as there were on 9/11," says Jessica Lappin, president of the Alliance for Downtown New York. "If you live here, you want to be able to pull up and unpack your groceries."

There's really no mechanism or process to get a re-evaluation of some of these measures, and I think that's what people find frustrating.

Her organization isn't against heightened security, but she says it's hard to get anyone to even rethink the post-Sept. 11 restrictions.

"There's really no mechanism or process to get a re-evaluation of some of these measures, and I think that's what people find frustrating," Lappin says.

Susan Silberberg, a city planner, has taught at MIT and studied the effects of post-Sept. 11 security measures — Jersey barriers, concrete bollards and lobby security desks, things she says really have changed the feel of public spaces in America.

"You're kind of missing a level of, I don't know, the whimsicality and serendipity that comes from living in an urban environment," she says.

She echoes Lappin's description of security "inertia" — once a restriction goes up, it rarely comes down.

"There are very few public officials and even private building owners who want to be the one who makes the decision to soften some of these rules, in case something happens," Silberberg says. "I really don't see things receding."

After Sept. 11: The Not-So-Brave New World

Still, there may soon be an exception to this rule. The Bay Area Rapid Transit system is considering reopening the restrooms in underground stations. They've been closed since shortly after Sept. 11, out of fear that a terrorist might use them to stash explosives out of sight.

"People have to go! It's just human nature, and we get it," says BART spokeswoman Alicia Trost.

She says this is one security measure the public has never learned to accept. Some people even tell BART that keeping the restrooms closed is like letting the terrorists win.

"We hear a lot from our riders that by keeping them closed, we're just showing [the terrorists] that they still control our lives," she says. "And no one wants that."

But she says BART's elected board of directors is still deeply divided on the wisdom of reopening restrooms. Urban members are for it; suburban members remain worried about the potential risks. So they're proceeding cautiously: They'll soon vote on a pilot plan to reopen restrooms in two stations by spring of 2018 and only after extensive remodeling jobs that will make the restrooms more open to public view, similar to restrooms in airports.