Accessibility links
Our Politics, Our Parenting | Hidden Brain This week on Hidden Brain, Shankar Vedantam explores how unconscious ideas about the family shape the way we think about politics. 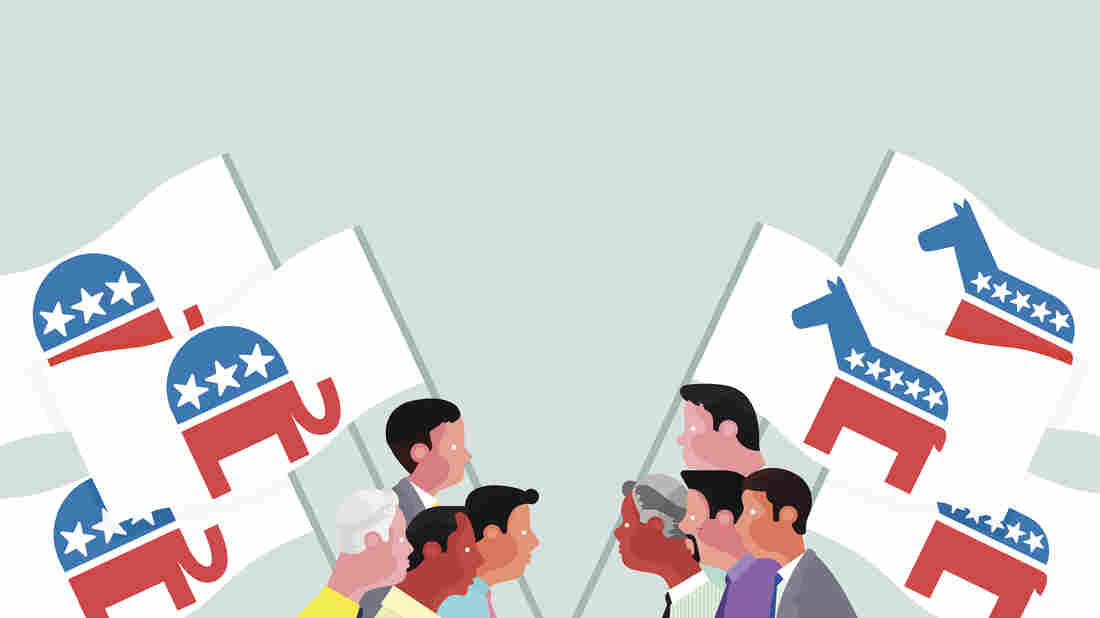 Democrats and Republicans often have trouble seeing one another's perspectives. Researchers think this might be driven in part by their earliest experience of power — the family. James Boast/Getty Images/Ikon Images hide caption 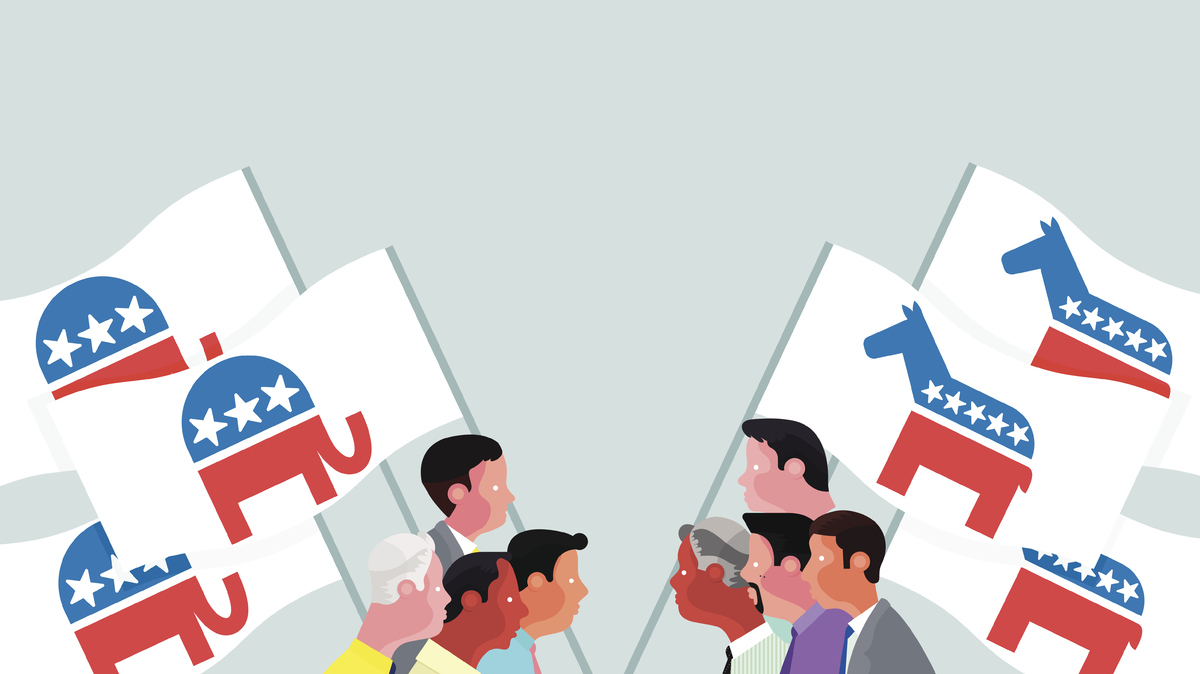 Democrats and Republicans often have trouble seeing one another's perspectives. Researchers think this might be driven in part by their earliest experience of power — the family.

Our Politics, Our Parenting

Episode 44: Our Politics, Our Parenting

It can happen anywhere: that moment when you gaze at the people around you and realize you simply can't understand their politics.

How can these people – be they our friends, colleagues or, worst of all, our spouses – believe as they do, when facts and reason clearly point in the opposite direction? How can they support political candidates whose views are so antithetical to our definition of common sense?

They're questions voters across the country have been asking a lot this election season – voters like Kate Burkett of Indiana and Tom Barnes of Maryland.

Burkett is an English teacher in an Indianapolis high school. Many of her students are juggling not just their schoolwork, but more acute problems like hunger.

"The specific school that I teach at is a 73% free and reduced [price] lunch school. And also we are a minority majority school where we are 34% white students," she says.

Burkett's experience in this school has taught her the importance of a social safety net. She doesn't just think government-supported lunch programs are useful. She knows it.

"I know these kids. I've known them for years. And I see the good that they go on to do in the world. And It's worth it. It's worth the investment."

Six hundred miles to the east, Tom Barnes lives in Anne Arundel County, Maryland. Barnes is a farrier – he trims and shoes horses' hooves for a living. He believes in hard work, self-reliance and personal responsibility. And these qualities have shaped his political views, which he describes as "fiscally and internationally conservative, not hard right, but conservative."

Barnes would never take on too much household debt. And he wants his country to run like his home.

"I don't think people should take on more debt than they would be able to repay. And, if they can't, I think that there should be consequences for that. And I think the country is no different. We should not take on debt that we can't repay."

When he thinks of what ails America, he returns to a model of how a family should operate.

"America need stricter parents. I truly do feel that way."

Both Tom Barnes and Kate Burkett have good reasons to believe what they do. They are reasonable people with deeply held convictions.

But put millions of Toms and millions of Kates together, and what you see isn't reasonable disagreement. Increasingly, Democrats and Republicans can't comprehend the other's point of view.

It's not just the current campaign. Beyond the noise of the contest between Republican presidential candidate Donald Trump and Democrat Hillary Clinton lies a gulf of distrust and misunderstanding.

How did we get to a divide that feels so...unbridgeable?

Here's one theory: our political preferences are driven by hidden moral frameworks we're not even aware of.

George Lakoff is a cognitive linguist and retired professor from the University of California, Berkeley. He noticed decades ago that politicians often used metaphors describing the nation as a family.

Was it possible, Lakoff wondered, that this metaphor of the country as a family lay beneath the mutual incomprehension that Democrats and Republicans feel toward one another? The moment this notion occurred to him, he started seeing examples everywhere.

The real world, of course, is far more nuanced than these two models would suggest. Parents can, of course, be both strict and empathetic. Parents can disagree about the importance of rules and structure. But Lakoff argues that as we grow up, these models, based on love and the certainty that our way is the best way to raise kids, can shape the way we see the world.

Psychologist Marti Gonzales at the University of Minnesota decided to test whether these basic family models are, in fact, reflected in our politics.

She and her team analyzed all the presidential political ads that have played on daytime and prime time TV going back to 1980. She had research assistants listen to the ads and code them according to whether they had underlying metaphors that spoke to the idea of the strict parent and the nurturant or empathetic parent.

And when we draw on these moral frameworks, our political opponents and their views may become simply incomprehensible to us – although we may not realize how these hidden frameworks are shaping our opinions.

"The idea that we have alternative world views is not in our public discourse," says Lakoff.

So here's one way to think about the next two months of this political season. The nation is in the middle of a parenting dispute. Each feels the other is on the wrong path, and so much is at stake.

"Parents who adhere to one or another conception of the ideal family want what's good for their children, and they parent in ways that they believe firmly believe with love in their hearts that will most benefit children in this complex world," says Gonzales.

Like parents who can't get along, our political parties each believe they have the right answer to what the country needs. Partisans feel bewildered when policies that seem so self-evidently correct to them are rejected by the other side.

Understandably, we explain these differences by pointing fingers and questioning each other's motives. And yet perhaps what fuels our inflexible certainty isn't stupidity or callousness: It's love.

The Hidden Brain Podcast is hosted by Shankar Vedantam and produced by Tara Boyle, Maggie Penman, Chris Benderev, Jennifer Schmidt, Kara McGuirk-Allison and Renee Klahr. To subscribe to our newsletter, click here. You can also follow us on Twitter @hiddenbrain, @taranoelleboyle, @maggiepenman, @jennyjennyschmi, @cbndrv, @karamcguirk and @reneeklahr. Listen for Hidden Brain stories every week on your local public radio station.