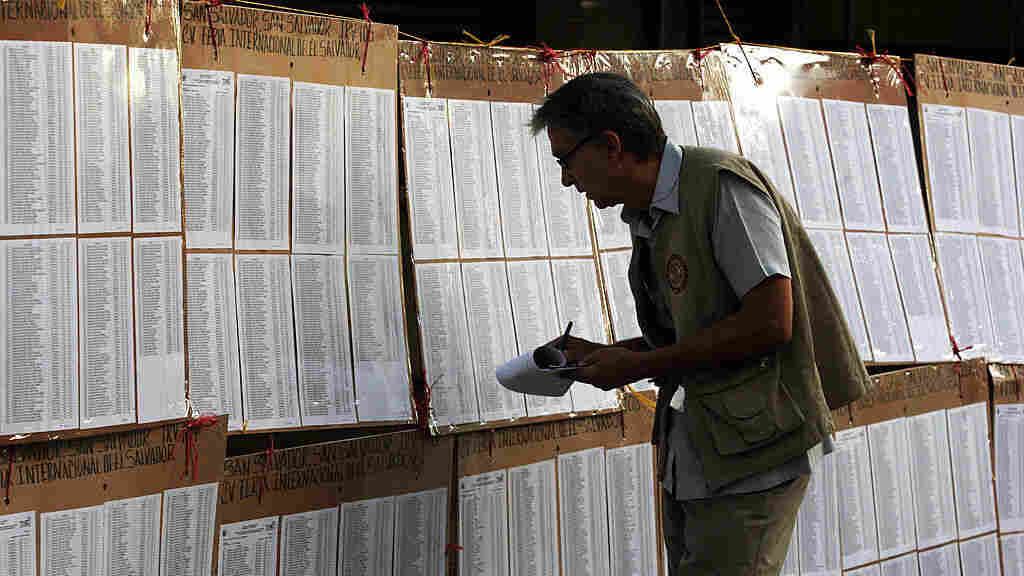 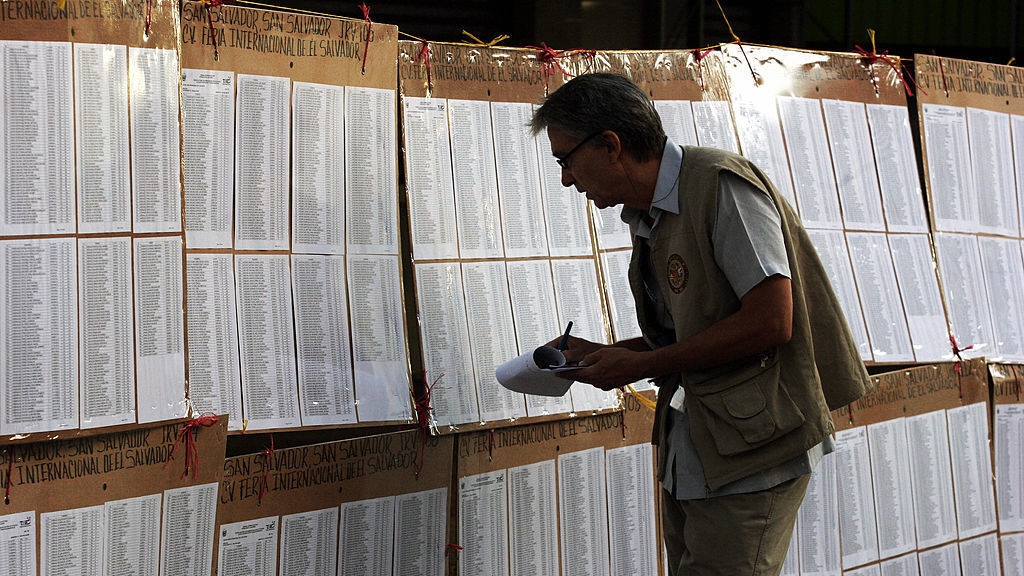 An Organization of American States observer checks the voters register during municipal elections in January 2009 in El Salvador.

The upcoming presidential election will mark a surprising first. Yes, a woman will be on the ballot as a major party nominee. But in addition, for the first time ever, the Organization of American States is sending poll observers to watch as U.S. voting takes place.

The OAS, based in Washington, D.C., has previously observed elections in 26 of its 34 member nations, but never before in the United States. The mission will be led by former Costa Rican President Laura Chinchilla.

Gerardo de Icaza, the OAS director of electoral observation and cooperation, says "a small deployment" of 20 to 30 observers will be sent at the invitation of the U.S. State Department. He says the OAS views it "as a learning experience" and will issue nonbinding recommendations "that can improve the electoral system anywhere." Those recommendations will be shared with the other OAS members.

"The Department of State greatly values the OAS's important work promoting free and fair elections throughout the region and invited the OAS to observe the U.S. electoral process this fall. As a member state of the organization and a signatory to the Inter American Democratic Charter, we welcome OAS observation as an opportunity to demonstrate the United States dedication and support for this important function of the institution," State Department spokesman Mark Toner said in a statement to NPR.

The OAS will send observers to 10 states. De Icaza said they're still determining which ones but the participants will only go to states open to international observers and will be looking for geographic and political diversity.

De Icaza added the OAS also wants to go to states with different ways of voting, including those that require picture IDs, and ones that allow same-day registration.

"We will be trying to have a very global, but a very plural way of seeing the election here in the U.S.," he said.

As it has done previously, the Organization for Security and Co-Operation in Europe will also be observing the election.

The U.S. has often sent observers to watch elections in other countries, but some may be troubled by outsiders watching Americans vote. De Icaza, however, argued that observers are not just for emerging or weak democracies.