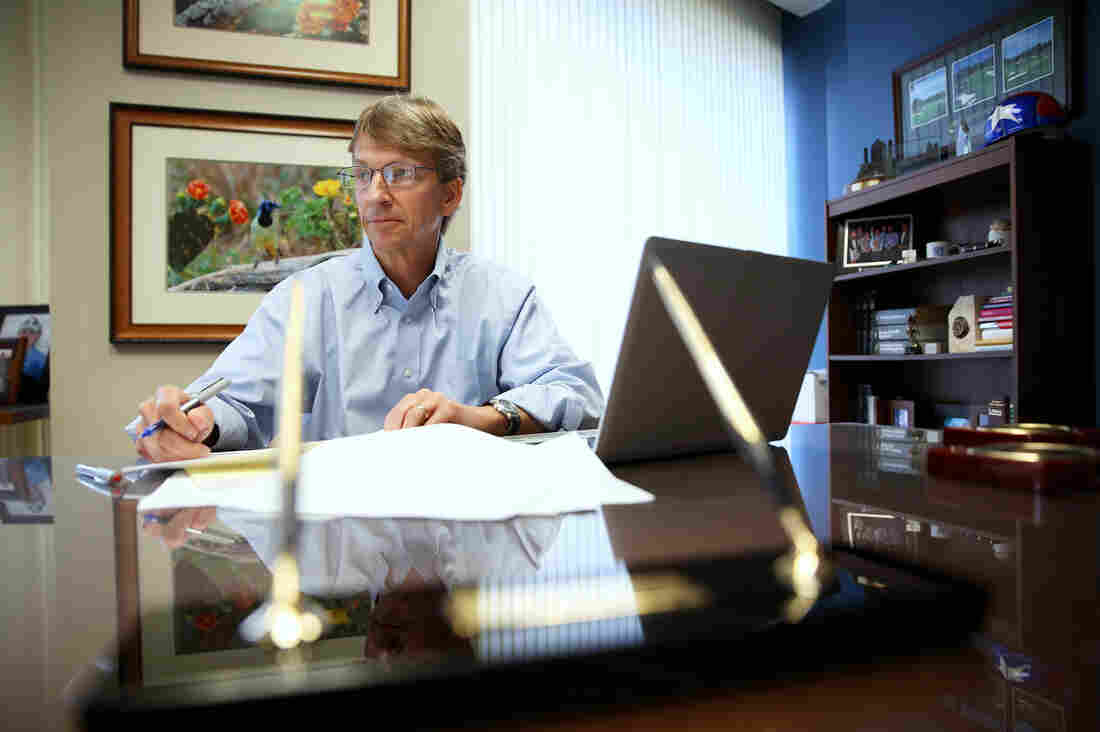 Bill Minick, the president of PartnerSource, a Texas company that writes and administers opt-out plans, vowed that despite the Oklahoma Supreme Court decision, he would continue efforts to promote alternative plans in other states. Dylan Hollingsworth for ProPublica hide caption 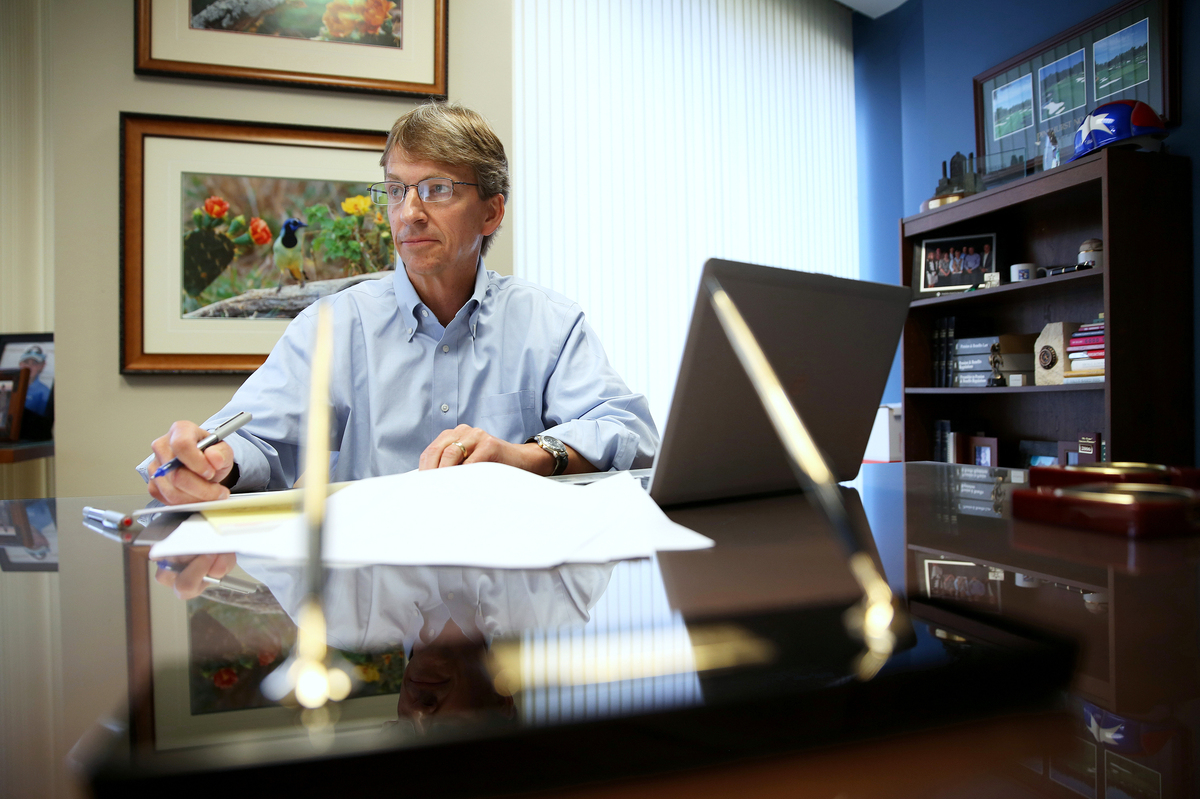 Bill Minick, the president of PartnerSource, a Texas company that writes and administers opt-out plans, vowed that despite the Oklahoma Supreme Court decision, he would continue efforts to promote alternative plans in other states.

A national campaign to rewrite state laws and allow businesses to decide how to care for their injured workers suffered a significant setback Tuesday when the Oklahoma Supreme Court ruled that Oklahoma's version of the law is unconstitutional.

The 2013 legislation gave Oklahoma employers the ability to "opt out" of the state workers' compensation system and write their own plans, setting the terms for what injuries were covered, which doctors workers could see, how workers were compensated and how disputes were handled. The statute was backed by the oil and gas industry and retailer Hobby Lobby.

Buoyed by the success in Oklahoma, proponents took the idea nationwide as a coalition led by Wal-Mart, Lowe's and several of the largest retail, trucking and health care companies sought to pass similar laws across the country. Bills and draft proposals have been floated in Tennessee, South Carolina, Georgia, Mississippi, West Virginia, Wisconsin and Illinois.

Last year, an investigation by ProPublica and NPR found that the plans typically had lower benefits and more restrictions than workers' comp. The story was part of a series on how states have been dismantling workers' comp, which was designed a century ago to protect businesses from lawsuits while providing medical care and lost wages to workers who had been hurt on the job.

Tuesday's decision is the latest in a series of state Supreme Court rulings that have struck down several business-driven workers' comp laws featured in the ProPublica and NPR investigation.

The Florida Supreme Court struck down laws that placed strict caps on attorney fees and limited workers to two years of temporary disability pay regardless of whether they were able to return to work. Two-year caps have also been passed in California, North Dakota, Oklahoma, West Virginia and Texas.

In addition, the top Oklahoma court in April overturned a provision that drastically cut compensation for workers who suffered permanently disabling injuries. Florida, New York and Tennessee have also significantly reduced benefits for such injuries in the past 13 years, but those provisions are still in place.

The stories also prompted two groups — one of academics and one of workers' comp regulators — to schedule separate forums later this month to discuss the various changes that have occurred and ways to improve workers' comp.

Oklahoma's ruling leaves Texas as the only state that lets employers opt out of workers' comp insurance.

Bob Burke, a longtime workers' comp attorney who has filed several successful challenges to Oklahoma's new law, called opt out "the biggest attack on the American worker" since he started practicing law.

Had the Supreme Court not acted, the Oklahoma opt-out law "would have deprived injured workers out of necessary surgeries and weekly benefits," he said in an email. "Opt out also would have allowed companies to shift the cost of paying for work-related injuries to Medicare, Medicaid and Social Security."

Bill Minick, a Dallas lawyer whose company PartnerSource wrote most of the Oklahoma opt-out plans and about half of those in Texas, said in a statement that the ruling was specific to "Oklahoma's unique constitution." He vowed that his company and other supporters would continue their efforts to promote the alternative plans in other states.

"We believe it's critical to provide better care and benefits for injured workers, decrease the number of disputed claims and significantly decrease insurance premiums and claim costs for all employers," he said.

The Oklahoma case involved an employee at Dillard's department store who injured her neck and shoulder while lifting shoe boxes in 2014. Dillard's, which had opted out of workers' comp and created its own benefit plan, initially paid for her medical care. But the company later denied her claims, insisting that any further damage and surgeries she might need were due to a pre-existing degenerative condition and not her injury at work.

In a 7-2 ruling, the justices found that such opt-out plans were unconstitutional because they treated one group of injured workers differently from all other injured workers in the state. In a concurring opinion, Justices Noma Gurich and Tom Colbert noted that while most Oklahoma workers have 30 days to report an injury and can request a hearing before a judge, Dillard's employees had to report injuries by the end of the workday and could only appeal in writing to a committee made up of people picked by the company.

The court sent the case back to the state's workers' comp commission to determine whether the injury was work-related and what benefits, if any, the woman should receive.