Accessibility links
Songs We Love: Tancred, 'Pens' Frontwoman Jess Abbott says the song is about "getting curious about your own darker side [and] flirting with evil," seductively personified in the video by Speedy Ortiz's Sadie Dupuis. 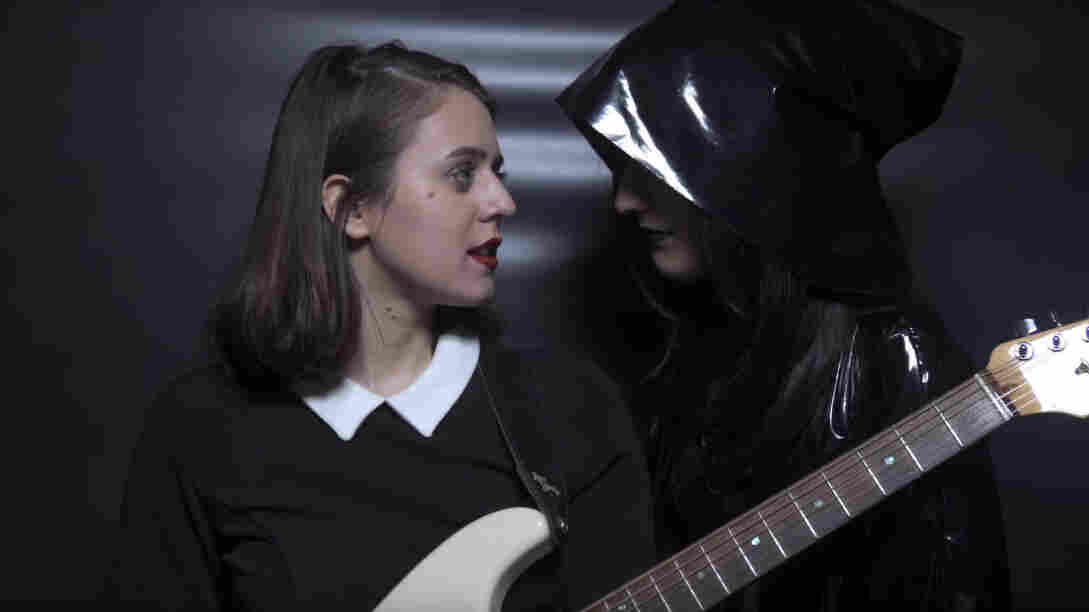 Jess Abbott flirts with evil, personified by Sadie Dupuis, in a still from Tancred's "Pens" video. Courtesy of the artist hide caption 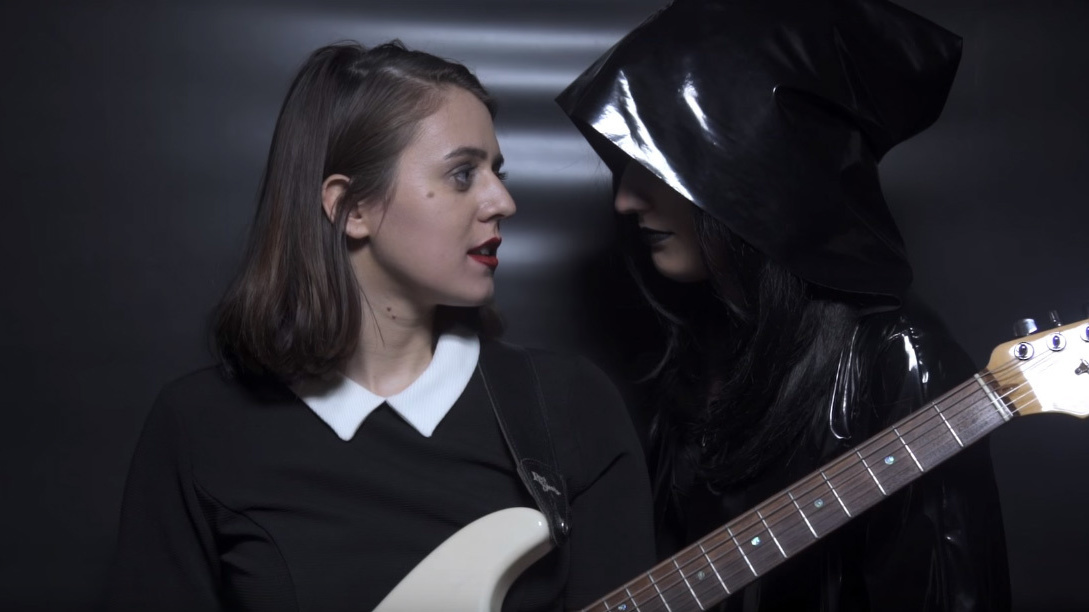 Jess Abbott flirts with evil, personified by Sadie Dupuis, in a still from Tancred's "Pens" video.

From the terrifying adolescent witches of American Horror Story to teen tarot tutorials to mass hexings organized on social media, witchcraft is having a moment. The moniker once used to silence women by labeling them crazy has become a hip shorthand for feminine power. But in the new video for Tancred's "Pens" — a dark power-pop gem about feeling insane — there are no good witches. Instead, the video explores the shadowy side of potential craziness, giving a warning about what happens when you indulge your curiosity about your personal darkness.

In an email to NPR, Jess Abbott, the driving force behind Tancred, says the song is about "getting in your own head and going a little crazy ... getting curious about your own darker side [and] flirting with evil." And in the video, flirt with evil she does — evil personified by indie-rock coven leader Sadie Dupuis of Speedy Ortiz. With themes of fear, evil and insanity running throughout, it's hard not to claim the video as the newest addition to the canon of pop-culture witchery.

The video's director, Adam Weinberg, explained in an email that the team aimed to strike a balance between "moving abstract painting and kitschy '90s horror." These ominous visuals warn from the start that all is not well. Throughout the video, Abbott — resembling the love child of Carrie Brownstein and Wednesday Addams — stares fiercely into the camera, singing with a sarcastic snarl. By the time she dives into the song's grungy guitar solo, her temptation toward evil has reached a fever pitch. "I wanted evil to seem really seductive and just take me with it," Abbott says, and Dupuis plays the part: equally enticing and terrifying.

The song comes from Tancred's Out Of The Garden, a record with which Abbott aims to subvert expectations by juxtaposing the sugary sweetness of pop hooks with dark, often unsettling lyrics. In many of the songs, things are not what they seem. But Abbott says the message of the video for "Pens" is pretty straightforward: "Evil is just evil even if it's got a nice wrapper."

Out Of The Garden is out now on Polyvinyl. Tancred starts a U.S. tour on Sept. 15.