Accessibility links
Donald Trump Will Share Medical Records With Dr. Oz On A Show That Airs Thursday The controversial TV host Dr. Mehmet Oz declared the GOP presidential nominee to be "very healthy" though Donald Trump said he needs to lose weight and didn't apologize for an affinity for fast food. 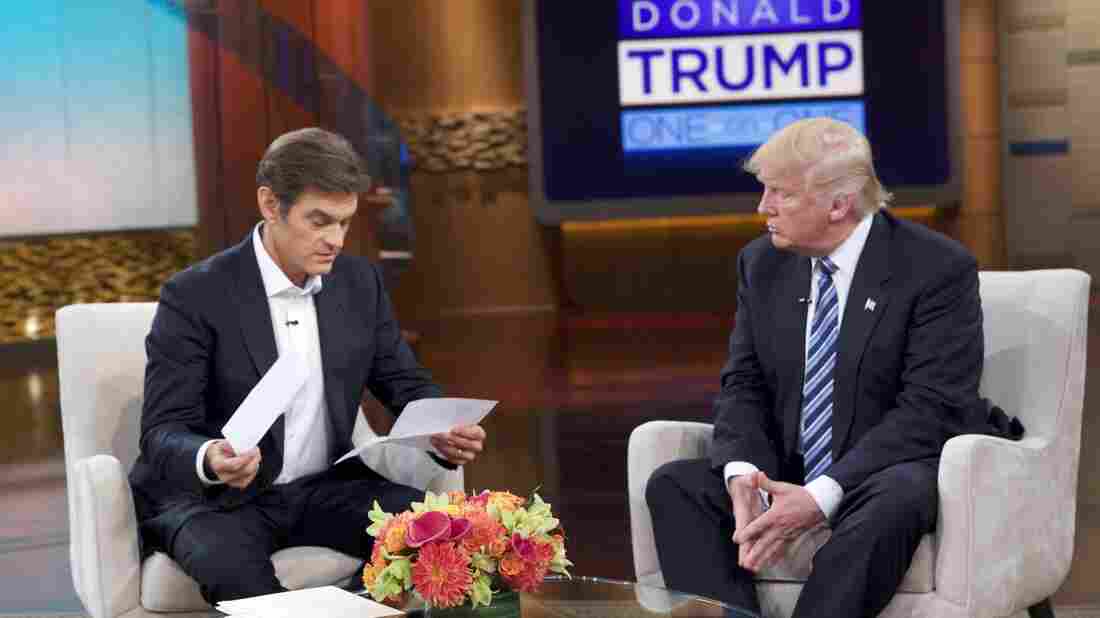 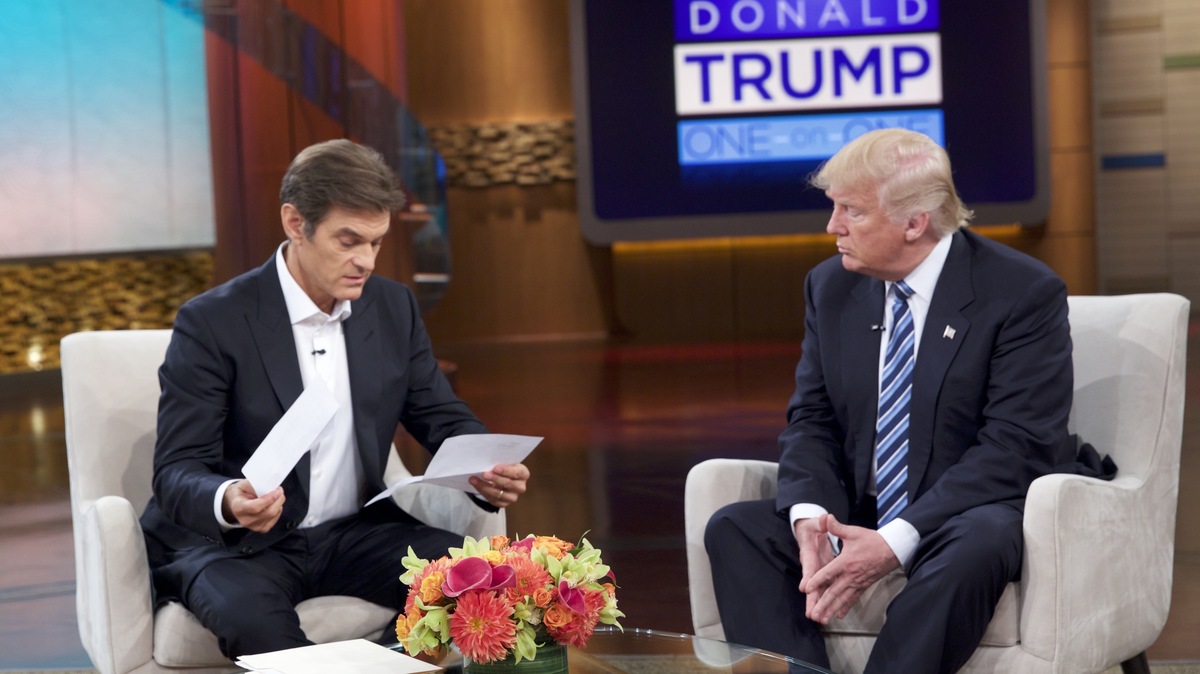 Donald Trump sat down with controversial TV host Dr. Mehmet Oz on his show, set to air Thursday, to discuss his personal health and medical history.

The Republican presidential nominee's campaign had said earlier Wednesday he wouldn't be releasing on The Dr. Oz Show the results of a physical the 70-year-old candidate underwent last week. But a press release from the show said the two did discuss the recent physical along with his personal health, his views on health care policy and his recent proposal for child care and maternity leave:

Bornstein released a letter last December declaring that Trump would "be the healthiest individual ever elected to the presidency" and called his health "astonishingly excellent." NBC News reported last month that Bornstein had written the letter in five minutes while a limo sent by Trump waited outside his office.

Wednesday's taping was closed to the press, but NBC's Katy Tur reported that a source inside the studio said Dr. Oz read the full report of his physical and "said he was very healthy and that he would be happy if any of his patients had similar results." His blood pressure was reportedly good as was his cholesterol, though he is on cholesterol medication. He weighs 267 pounds (though other reports have said the number was 230 pounds) and Dr. Oz said Trump was "slightly overweight." Trump also said "never has a need to go to a hospital because he's too healthy."

According to a CNN interview with an audience member, Trump also said he wants to lose about 15 pounds.

Trump also reportedly had some surprising comments about his exercise regimen and eating habits, per NBC's Jesse Rodriguez.

From Dr. Oz taping: Trump said his campaigning was his exercise. That him "moving his hands around when he was speaking" was a work out.

Per an audience member at Dr. Oz taping with Trump, he said he likes fast food because "at least you know what they are putting in it."

Both candidates have been under pressure to release more of their medical history. Democratic nominee Hillary Clinton, 68, is set to return to the campaign trail on Thursday after falling ill with pneumonia.

The choice to reveal medical results on a TV talk show is an unusual one for a presidential candidate, but one that is certainly in line with the former reality TV star's unconventional campaign. Oz, a cardiothoracic surgeon by training, developed a loyal following after appearing on The Oprah Winfrey Show through the years. But the celebrity doctor has also come under scrutiny for hawking products that have no scientific validity, particularly weight-loss supplements. Oz also said on Tuesday he wasn't going to ask Trump "questions he doesn't want to have answered."