Accessibility links
Review: Flock Of Dimes, 'If You See Me, Say Yes' The newest project by Wye Oak's Jenn Wasner is a reflective, slyly infectious set of synth-pop songs. Throughout the album, the singer demonstrates her gift for patient, atmospheric slow burns.

Review: Flock Of Dimes, 'If You See Me, Say Yes'

Review: Flock Of Dimes, 'If You See Me, Say Yes' 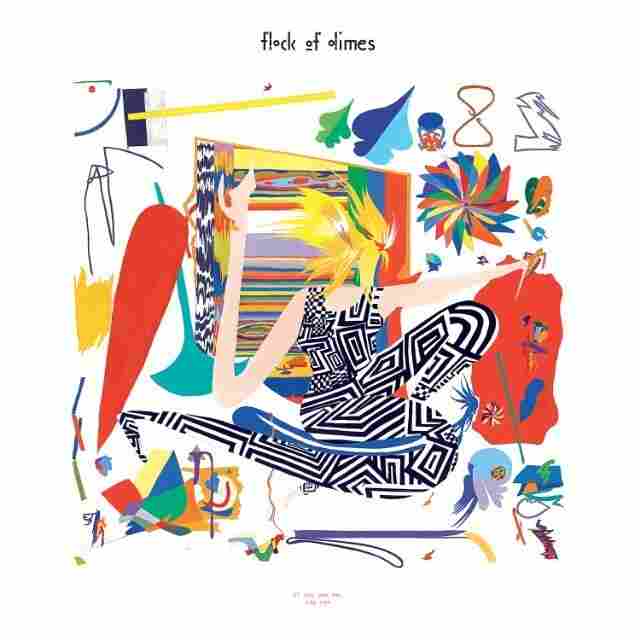 Flock Of Dimes, If You See Me, Say Yes Courtesy of the artist hide caption

There's not resting on your laurels, and then there's trying on new creative identities as soon as the old ones have begun to pay dividends. Jenn Wasner, best known as the singer and lead guitarist for Wye Oak, could have simply coasted through a long and fruitful career as one of rock's most gripping bandleaders, a shredder whose slurred and alluring vocals articulate a world of worry and self-discovery. But as she felt stifled by Wye Oak's original sound and songwriting process, her big, billowing guitars gave way to synthesizers, sending the band in a new direction with 2014's Shriek.

Still, changing Wye Oak was only part of the picture. Wasner had already begun a pair of side pursuits under different names: a duo called Dungeonesse, which released a 2013 dance-pop record, and a low-key solo project using the name Flock Of Dimes. After a string of 7" singles (including a gorgeous one-shot collaboration with Sylvan Esso's Amelia Meath), Flock Of Dimes is finally releasing its full-length debut, a slyly infectious and characteristically reflective set of synth-pop songs titled If You See Me, Say Yes.

The album's first single, "Semaphore," is a snaky jam fueled by roiling bass and a throbbing earworm of a chorus. But much of If You See Me, Say Yes treads moodier ground, as Wasner sets a dreamy pace across an assortment of stirring ballads that incorporate everything from vocal effects ("Minor Justice") to subtle doses of slide guitar ("The Joke") and fingerpicking ("Apparition," "Given/Electric Life"). Throughout the album, Wasner demonstrates her gift for atmospheric, patiently building slow burns, but she also has a way with softly swaying pop songs like "Birthplace."

In that track, Wasner quickly re-creates a gift she showcases so frequently in Wye Oak: a way of mixing self-doubt and self-knowledge to form real insight. "My love is not an object that rusts with lack of use," she sings, her voice pairing as well with cool, shimmering electro-pop as it has with the stormy rock of Wye Oak. That band lives on, too. But with a voice this versatile, it's easy to understand why Wasner chooses to spread it around.

Album
If You See Me, Say Yes
Artist
Flock of Dimes
Released
2016