Accessibility links
Donald Trump Criticizes Flint Pastor Who Interrupted Him, But Misstates What Happened Donald Trump is attacking the pastor who interrupted him during a Wednesday appearance at her church in Flint, Mich. 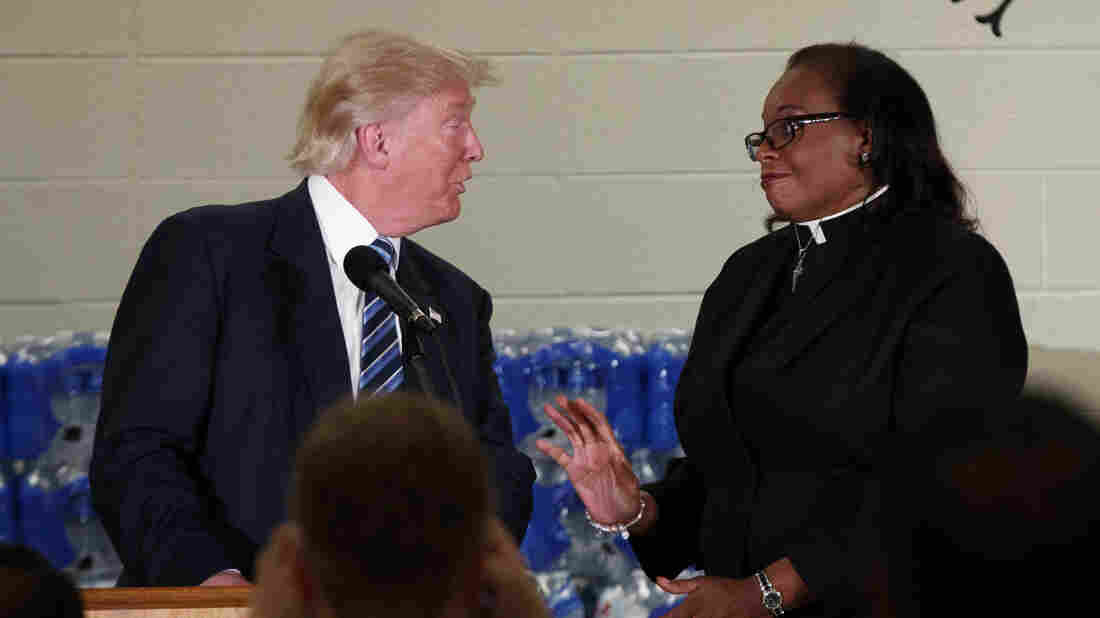 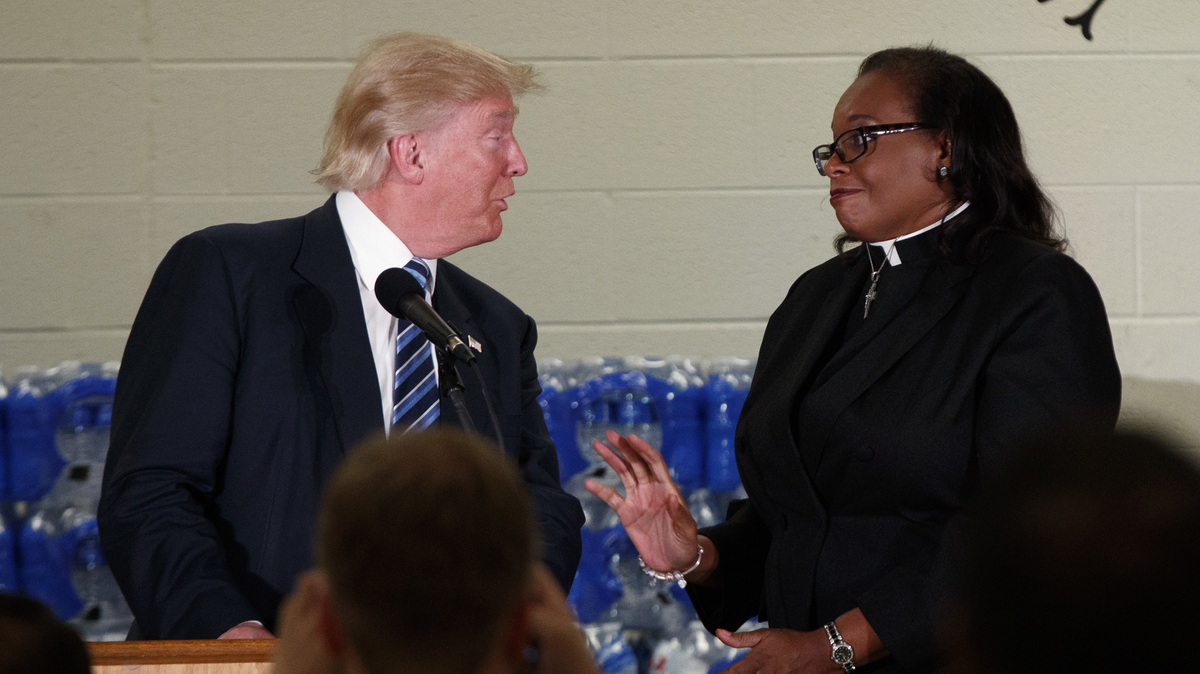 Donald Trump is lashing out against an African-American pastor who interrupted him Wednesday to chide him for campaigning in her Flint, Mich., church.

To Some Democrats, Clinton's 'Deplorables' Comment Is Insensitive But 'Honest'

"Something was up," Trump told Fox and Friends on Thursday morning, calling the Rev. Faith Green Timmons a "nervous mess."

That was preceded, as Politico reported, by one of the show's hosts, Steve Doocy, referencing a Facebook post on Timmons' page that read, "HE WILL NOT USE US, WE will EDUCATE HIM!!!" Doocy asked if he thought "they were out to sabotage you." (That post no longer appears on Timmons' page.)

Recently, Trump has been trying to reach out to black voters. At an event this month at a black church in Detroit, for example, Trump said, "I'm here today to learn. ... " That more humble tone came after his broad-brush characterizations — before mostly white crowds — of black communities as having schools that are "no good," that "you have no jobs," so, "What the hell do you have to lose?"

.@realDonaldTrump on Flint pastor interrupting him asking to avoid political criticism: "Something was up" pic.twitter.com/ZoVoB39y6F

I was in the room in Flint as a pool reporter at the time, and here's what happened: Trump visited Bethel United Methodist Church on Wednesday afternoon after briefly touring Flint's water treatment plant. (Flint has become a must-visit campaign stop this year because of its high-profile water quality crisis.)

Powell: Trump A 'National Disgrace'; Clinton 'Screws Up' Everything 'With Hubris'

The Rev. Timmons introduced Trump to the predominantly African-American crowd of about 50 people, and she didn't appear nervous at all.

After that, Trump shifted into a version of his now-standard stump speech, blasting free-trade deals like NAFTA and pointing out that then-President Clinton completed the international trade deal.

As Trump began to criticize his opponent, Hillary Clinton, Timmons slowly walked back onto the stage.

"Mr. Trump, I invited you here to thank us for what we've done for Flint, not to give a political speech," she said.

That isn't true. In fact, several audience members began to heckle Trump, asking pointed questions about whether he racially discriminated against black tenants as a landlord.

And that's when Timmons — who Trump said Thursday had planned to ambush him — stepped in to defend Trump, saying the Republican nominee was "a guest of my church, and you will respect him."

The pointed questions for Trump continued as he wrapped up his remarks, though — and that's the moment when the press traveling with Trump were hastily escorted out of the room.

"Had he stuck to what his camp claimed he came to do," she wrote, "we would not have had a problem! - Good night."