Accessibility links
Hari Kondabolu Says His Mom Is Hilarious — And Not Because Of Her Accent The immigrants rights organizer turned comedian won't impersonate his parents' Indian accents. For many people, he says, "immigrants are funny voices," and he's not interested in playing into that. 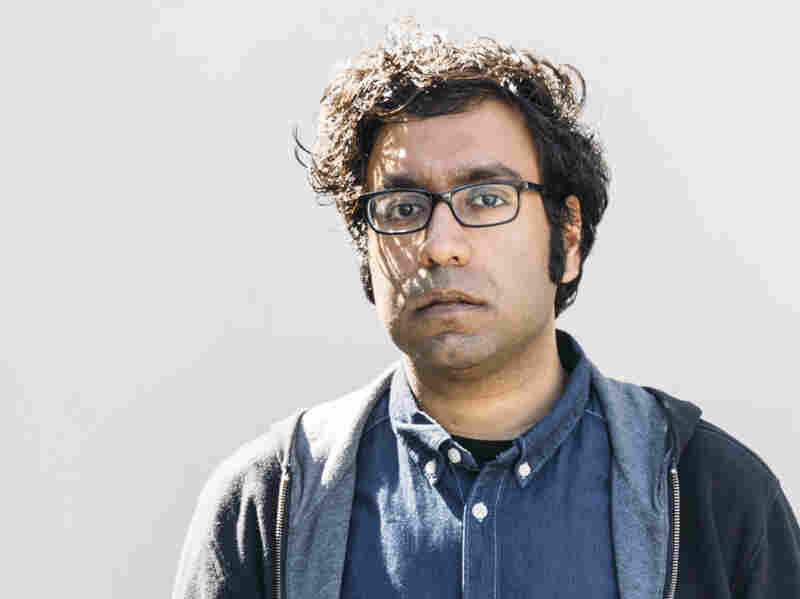 Hari Kondabolu worked as an immigrants rights organizer in Seattle and did comedy as a hobby on the side. But as his following grew, he realized he couldn't do both. "There is no such thing as a part-time organizer," he says. Yoon Kim hide caption 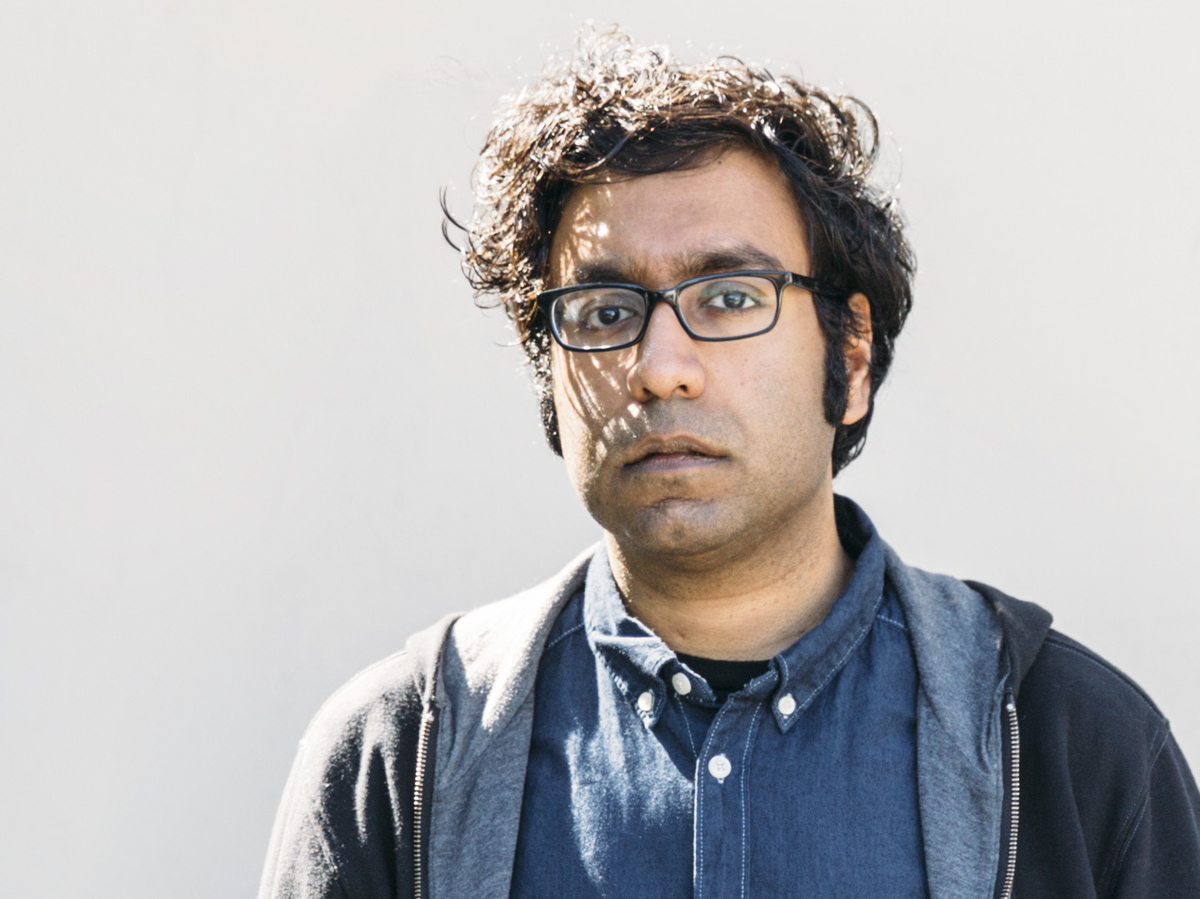 Hari Kondabolu worked as an immigrants rights organizer in Seattle and did comedy as a hobby on the side. But as his following grew, he realized he couldn't do both. "There is no such thing as a part-time organizer," he says.

If Hari Kondabolu cracks you up, you may actually have his mother to thank — he says she's the one who taught him to be funny. Uma Kondabolu was a doctor in India who "left everything behind," her son explains. "That's difficult, and yet she laughed her way through it."

It was only recently that he began to appreciate that his mom's life outlook was at the root of his own comedy. His dark sense of humor and his ability to transform negative things into positive? "That comes from her," he tells NPR's David Greene.

Kondabolu took a circuitous route to comedy; after college, he got a graduate degree in human rights from the London School of Economics and went on to become an immigrant rights organizer in Seattle.

He eventually turned full time to comedy, and he's on tour now with his latest album, Mainstream American Comic.

His jokes about race and identity can be hard for some audiences to hear. "I see people staring at me and not laughing," he says. "I know what a death stare looks like. You know when people are heckling and it's not just 'cause they're drunk. I certainly am used to people walking out."

But, he says, that uncomfortable place is where you find the greatest jokes. "Sometimes you run the risk of alienating people," he says, but he hopes they'll listen long enough to "see the potential gem at the end."

A lot of white people are not used to being called white. They get to be 'people,' 'human beings,' their first name.

On how some white audiences react to his jokes about race

Talking about race, there are definitely some white people who don't like that. And it's not even always the content, it's just saying: "white people." Because a lot of white people are not used to being called white. They get to be "people," "human beings," their first name. ...

White fragility is the idea of when you question white people about race, or privilege, or things like that, they fold because they're fragile because they're not used to those discussions. The rest of us, we've had to get used to being the Other. We've had to get used to constantly answering those questions. We've been required to stand up for ourselves and to force ourselves into the spotlight because no one's going to give it to us.

On being willing to offend people

I don't go onstage to make people uncomfortable or to offend anyone. I go out there to speak my truth. You know, no, let me fix that, no, I think I do go out actually with the risk of offending people. I'm OK with offense, to be honest with you. I think offense happens when something questions your beliefs and your sensibilities and you don't know how to handle that. I think that can be a good thing. It forces an issue. I think causing people pain, however, can be different. I think that's a little more complicated.

What's So Funny About The Indian Accent?

On not doing accents as part of his comedy

I think some people are used to accents because that's how they see immigrants: Immigrants are funny voices. Immigrants are foreign, strange experiences. And I think there are tons of examples where people have spoken about their [immigrant] parents and all they are is an accent.

On Margaret Cho inspiring him to do comedy

One thing I love about Margaret Cho is Margaret talks about her mom and uses the accent but also shares her mom's stories and experiences. ... She was out there talking about being an Asian-American, her life in San Francisco, the complexities of her identity, and people laughed, and it was valid. The idea that your point of view as someone who isn't black, white or Latino is valid, was shocking to me, like the idea that we could be valid? That was so inspiring seeing Margaret being able to speak her truth and be audacious, and at that point I was like: This is something I could do.

For Comic Hari Kondabolu, Explaining The Joke IS The Joke

My favorite teacher ... he used to have little breaks in class where I was able to do stand-up. ... We would have these "press conferences" where people would present articles about things that happened that week, and then each group would have to do little commercials and skits. And after a while, it was kind of obvious that I was the one who was going to be doing them every single week. Nobody else was going to do it, I was going to do it because I was good at and I made people laugh. That was a huge confidence boost.

Once I became politicized, especially post-9/11, I started to question the country I was living in. Why are we going to war? Why are there hate crimes against brown people? Why are so many people being deported? All of a sudden my stand-up started to reflect my political beliefs.

When I moved to Seattle to become an immigrant rights organizer, I did comedy at night because there was a great young scene and it was just a thing I loved to do ... and somehow while doing it as a hobby I built a following in Seattle and got discovered. ...

That's the reason why I stopped organizing. Because I realized you can't do both. There is no such thing as a part-time organizer. You can't be like, "I gotta stop, I'm going to be on TV tomorrow, the rest of you can handle the rally without me."

Why Comedian Hari Kondabolu Is 'Waiting For 2042'

On why is comedy isn't activism