Accessibility links
Okkervil River's Will Sheff Is Focused On Rebirth Okkervil River, as fans once knew it, is no longer — but its frontman says he sees the transition as "a free moment." Sheff spoke with Kelly McEvers about the band's new album, Away. 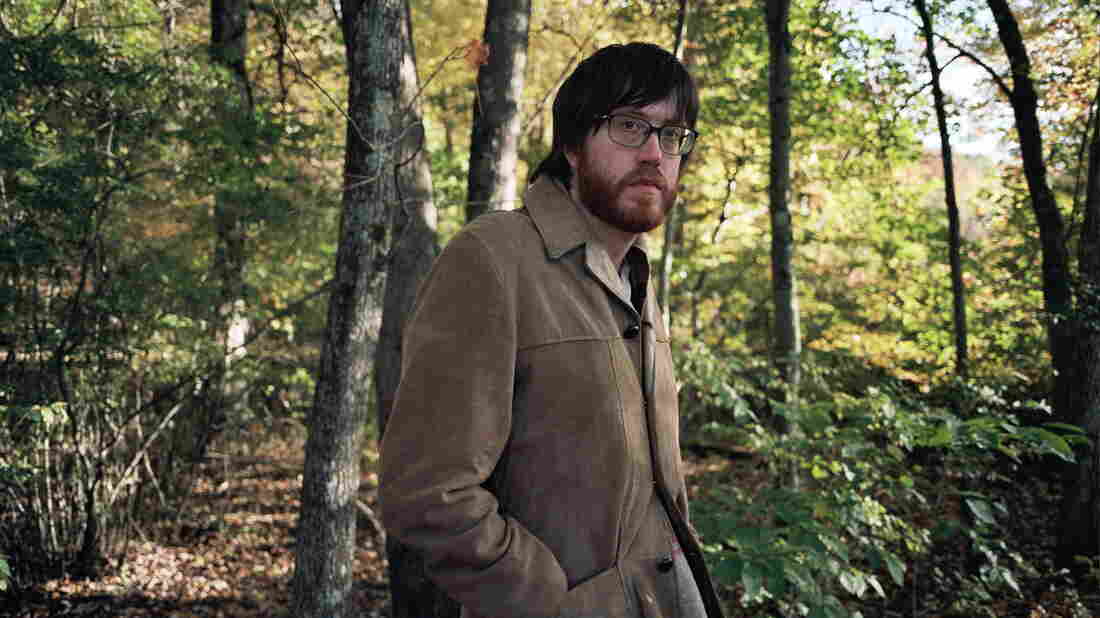 "What I really wanted so much was for this record to be helpful for people," Will Sheff says of Away, the new Okkervil River album. Courtesy of the artist hide caption 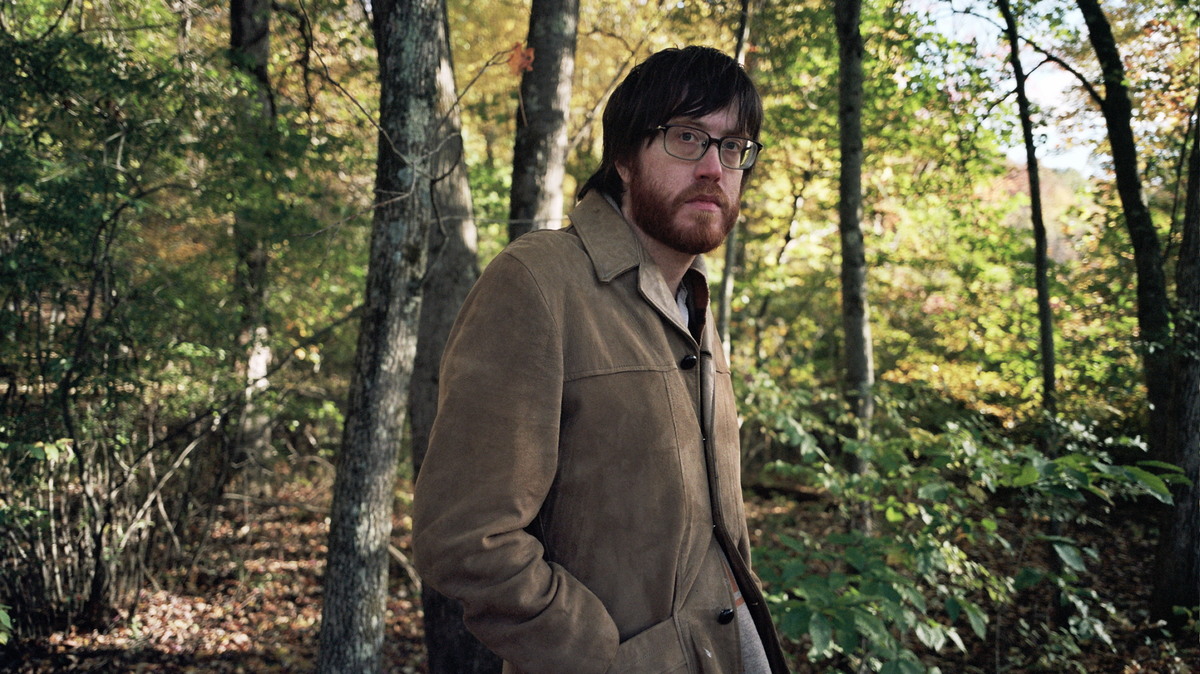 "What I really wanted so much was for this record to be helpful for people," Will Sheff says of Away, the new Okkervil River album.

Not too long ago, Will Sheff found himself in a difficult place. His bandmates in Okkervil River were moving on from the beloved indie-rock group to other projects. Sheff, too, was restless — the rock 'n' roll lifestyle was wearing on him, and his grandfather, with whom he was close, had passed away.

So he made a change. He holed himself up in a little room in the Catskills and started writing. The lyrics were a stream of consciousness — he didn't edit much or worry about what it all meant just yet. The resulting album, Away, functions as an intimate log of Sheff's emotions during that period of his life, which was, in more ways than one, about death and rebirth.

Sheff spoke with NPR's Kelly McEvers about what he was going through as he wrote Away, and how he's thinking about the project now that it has been released. Hear their conversation at the audio link and read an extended version below.

Kelly McEvers: There is no getting around the title of the first track on this album. It's "Okkervil River R.I.P.", and in the video you're actually singing from inside a coffin. So I think your fans probably got the message — this band as we've known it is dead and gone, am I right?

Will Sheff: Well, yes, sort of. When I was working on this record, I wasn't even sure it was a record. I was in a place where I was sort of feeling very psychologically vulnerable. I'd had a lot of upheaval in my life — personal and professional — and I was just writing as a form of therapy. But it just sort of lined up with this period of a lot of things in my life, including my band. I couldn't see them moving forward the way that they were. So I just called up other musicians and thought, "Maybe I'll just try something else." I'd always wanted to work with players that weren't coming right out of the straight up rock 'n' roll tradition, so I got in touch with a jazz upright bassist, a guitarist who does a lot of fingerstyle American folk music — and I walked away from those two days in the studio and I thought, "This is maybe the best thing I've ever done."

I want to talk about that first song again. You are in a coffin in that video, and you're talking about people who have gone before us. Is it almost a death and rebirth kind of thing?

Yeah, I mean, it's funny. When I was writing this record, it was just like my invisible friend that nobody else knew existed. It felt like this beautiful, golden cloud. And then when I listened back to the songs to figure out which ones to put on the record, I was like, "I sound really sad! And I'm constantly singing about death!" And I didn't even know that until I listened back. I don't think I'm really singing about death — I think the album's really interested in rebirth. I think of it as very positive. That moment when you recognize that things in your life are dead or have outlived their relevancy, it's a free moment. It's a really, really scary moment, but it's a free moment, because suddenly you get the opportunity to go on to the next thing that you gotta be.

You were talking about some of the things that were going wrong for you leading up to this album. What else was going on in your life?

I also had spent a lot of time in the presence of death, because I was going to spend a lot of time with my grandfather who was in hospice.

And you wrote about your grandfather in the song "Comes Indiana Through the Smoke," and "Indiana" is referring to the battleship that he served on in World War II, right?

Yeah, you know, he was my absolute hero. He was a larger-than-life man named Thomas Holmes "Bud" Moore, who had come from completely nothing, become this headmaster of the New Hampton School in New Hampton, N.H. — who was almost this like patriarch of the entire region. He was a jazz trumpet player and just a really incredibly positive force for good in the world.

And when I had been an unhappy, moody, artistic, introverted, shy kid, he had seemed sometimes like the only person who saw me. You know what I mean? Who saw — who was smiling at something really cool about me, you know? And he had asked me on his deathbed if I would help him edit his memoirs. He had broken his spine and he couldn't move anything below his neck. And I spent a lot of time around him.

And, you know, it's not necessarily this devastating death thing, although death is everywhere when you're in a hospice — and infirmity and weakness — and it's a great honor to be able to be around that because it's reality. It's like the thing that we don't want to see, which is a lot of time why we put people there. And it's more real than anything, you know? And it's a really wonderful opportunity, I think, to be in the presence of reality. You know, when he passed away, he was very old, and he'd had this amazing, epic life, so it wasn't like I was destroyed, because everything had gone the way it was supposed to, more or less, including dying, which is something you're supposed to do. It's part of your job, you know? And he did it really well, considering the hand he was dealt. And that was a really profound thing.

All of those things kind of hit at the same time, and I found myself up in the woods, where every day I would just cook and go for a walk and write some and go outside and meditate and write some more and, uh, take hallucinogenic drugs, and write some more. Yeah, all I did was think about what music had been for me, which is this thing that started out as the most exciting thing in the world and then turned into a way to pay for my apartment, which was a miracle when that happened, and then slowly, over time, turned into — a person, like a presence in the room with its hand on my shoulder, you know? Helping me get over things that were really, really hard and difficult. And it felt very spiritual to just be devoted fully to that, like some kind of weird monk of music.

The reviews for this album so far have been amazing.

I've been very lucky in that way, yeah.

A lot of writers are saying it's one of the best albums of the year, comparing you to Van Morrison, Nick Drake. Are you surprised?

Uh, I don't know! There's something very different about this record for me. Usually by this point in the cycle, I hate the record. All I can think about is the things I wish I'd done differently. And with this record, it's not like every little filigree is executed with the utmost perfection or something. It's not about that. It's like, it's alive. I have a relationship with it.

What I really wanted so much was for this record to be helpful for people. Like, just beautiful and like a place they can go and feel secure and feel warm and fuzzy and like it's a hideaway. And that seems to be coming through based on the reviews that I've read, and I'm so grateful for that.