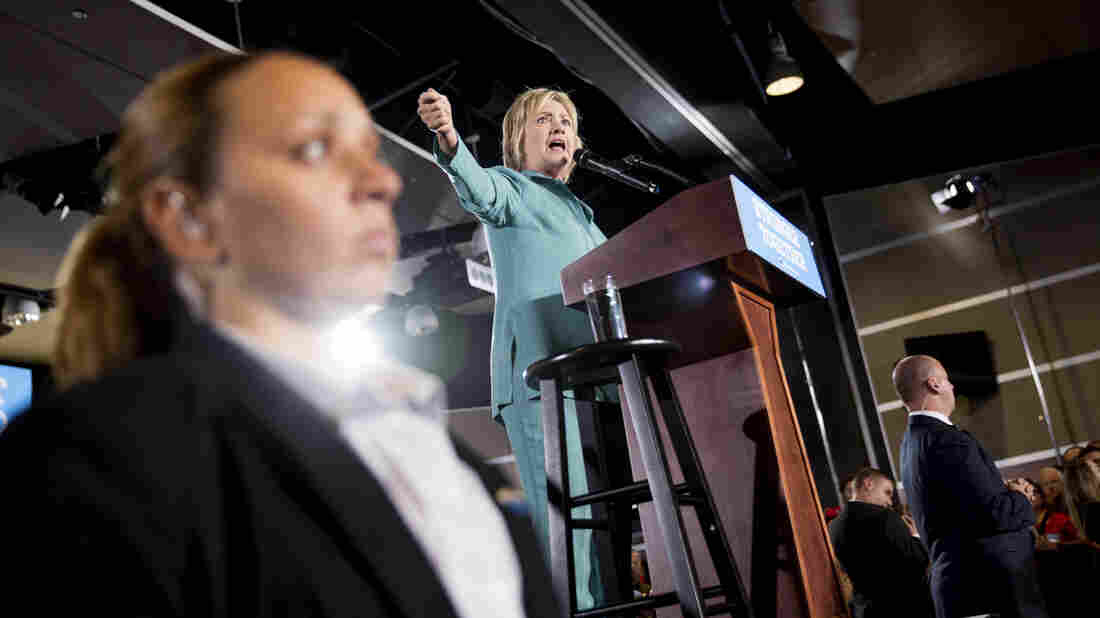 Members of the Secret Service stand guard near Democratic presidential candidate Hillary Clinton in August as she speaks at a rally at International Brotherhood of Electrical Workers Local 357 Hall in Las Vegas. Andrew Harnik/AP hide caption 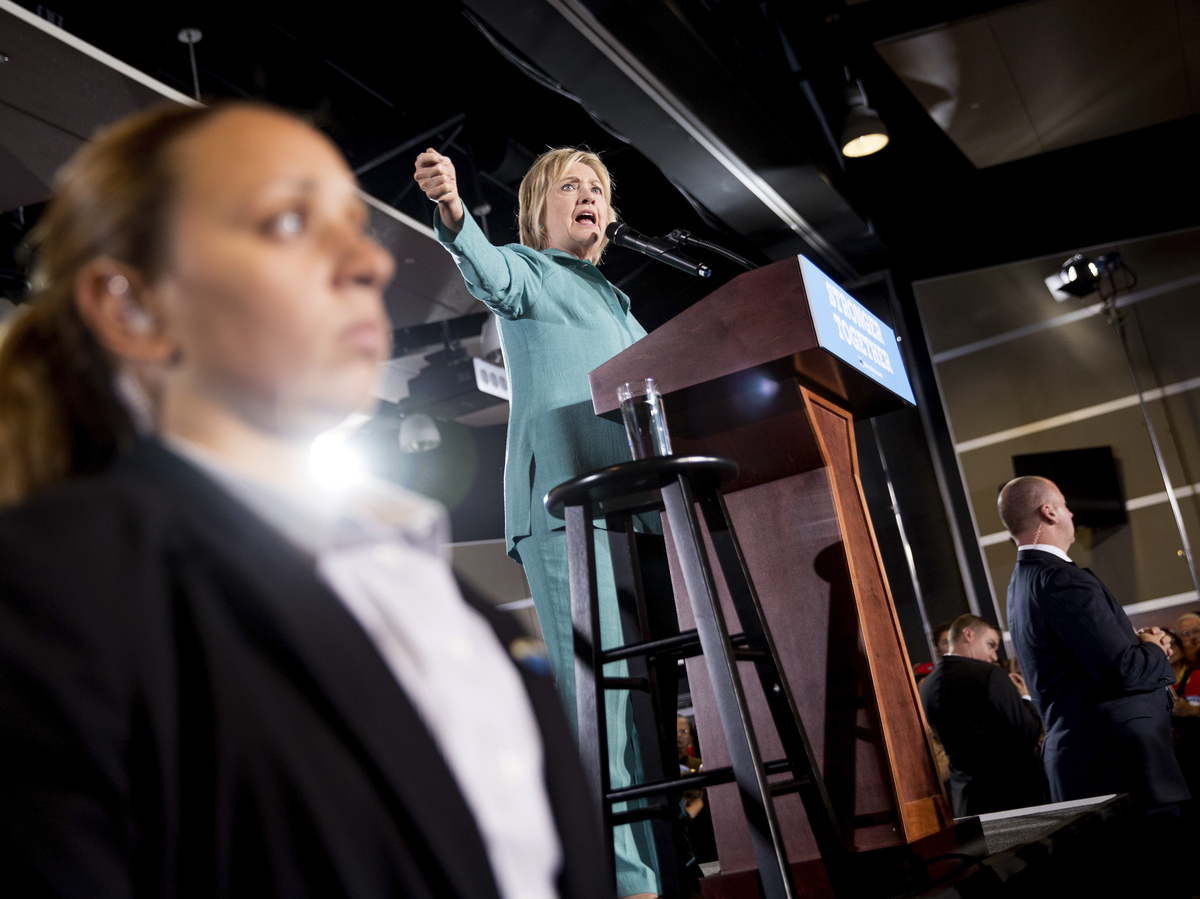 Members of the Secret Service stand guard near Democratic presidential candidate Hillary Clinton in August as she speaks at a rally at International Brotherhood of Electrical Workers Local 357 Hall in Las Vegas.

Donald Trump hit Hillary Clinton on Second Amendment rights during a Miami rally Friday night, but made a controversial statement while doing so — suggesting her Secret Service detail should stop carrying guns and "see what happens to her."

"Now, you know she's very much against the Second Amendment, she wants to destroy your Second Amendment — guns, guns, guns, right? I think what we should do is, she goes around with armed bodyguards like you have never seen before," the GOP nominee said, deviating from his prepared remarks on the teleprompter. "I think that her bodyguards should drop all weapons, they should disarm, right? I think they should disarm. Immediately, what do you think? Yeah, take their guns away. She doesn't want guns. Take their – let's see what happens to her. Take their guns away, OK? It'll be very dangerous."

A Campaign On The Brink: Donald Trump And The Intersection Of Outrage And Violence

Chaos At Chicago Trump Rally Feeds Concerns About His Rhetoric

Chaos At Chicago Trump Rally Feeds Concerns About His Rhetoric

As a former first lady and a presidential nominee, Clinton gets armed Secret Service protection. As the Republican nominee, so does Trump; he received it in November 2015. He also employs private security at his rallies.

The suggestion recalled a similar statement Trump made last month when he said that "Second Amendment people" could rise up to stop the Democratic nominee from appointing anti-gun members of the Supreme Court. He later said the "dishonest media" misinterpreted his remarks.

Trump senior adviser Boris Epshteyn said later Friday on CNN that Trump was simply "being sarcastic" in his remarks.

Late Friday, Clinton's campaign manager Robby Mook said in a statement that Trump has "a pattern of inciting people to violence," and that "it is an unacceptable quality in anyone seeking the job of commander in chief."

Trump's charge that Clinton "wants to destroy" the Second Amendment is false. She has said she wants to protect gun rights, but does support expanded background checks and allowing the families of gun violence victims to sue gun manufacturers.