Accessibility links
Donald Glover Explores A Surreal Feel In New FX Show 'Atlanta' Donald Glover is the creator and star of the new FX show Atlanta. He says he wanted to "give people a feeling that they can't really siphon or make into something else." 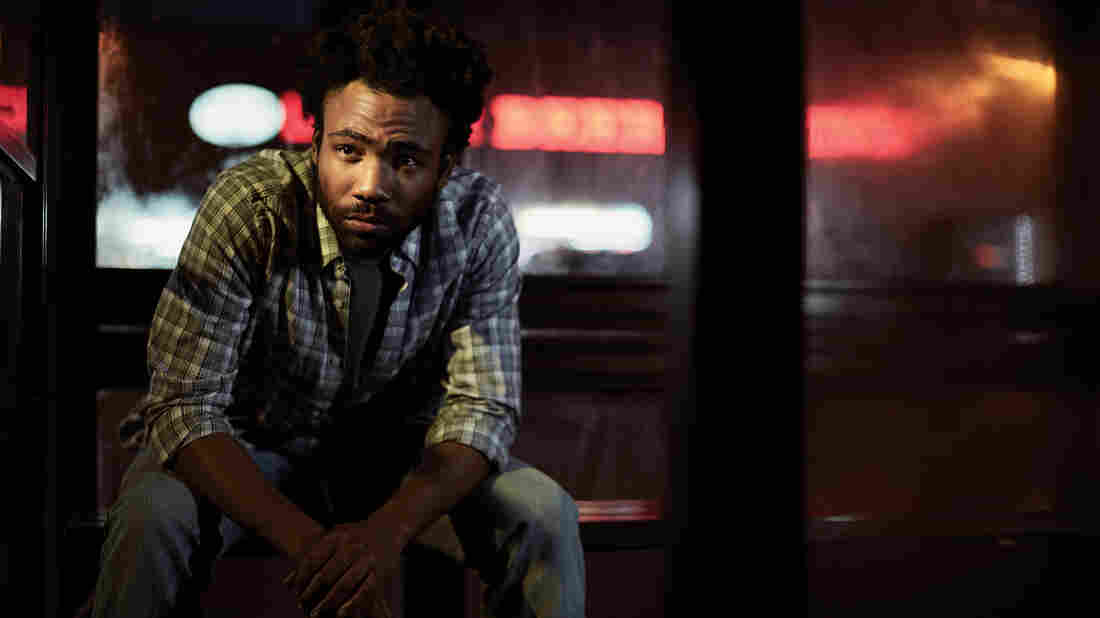 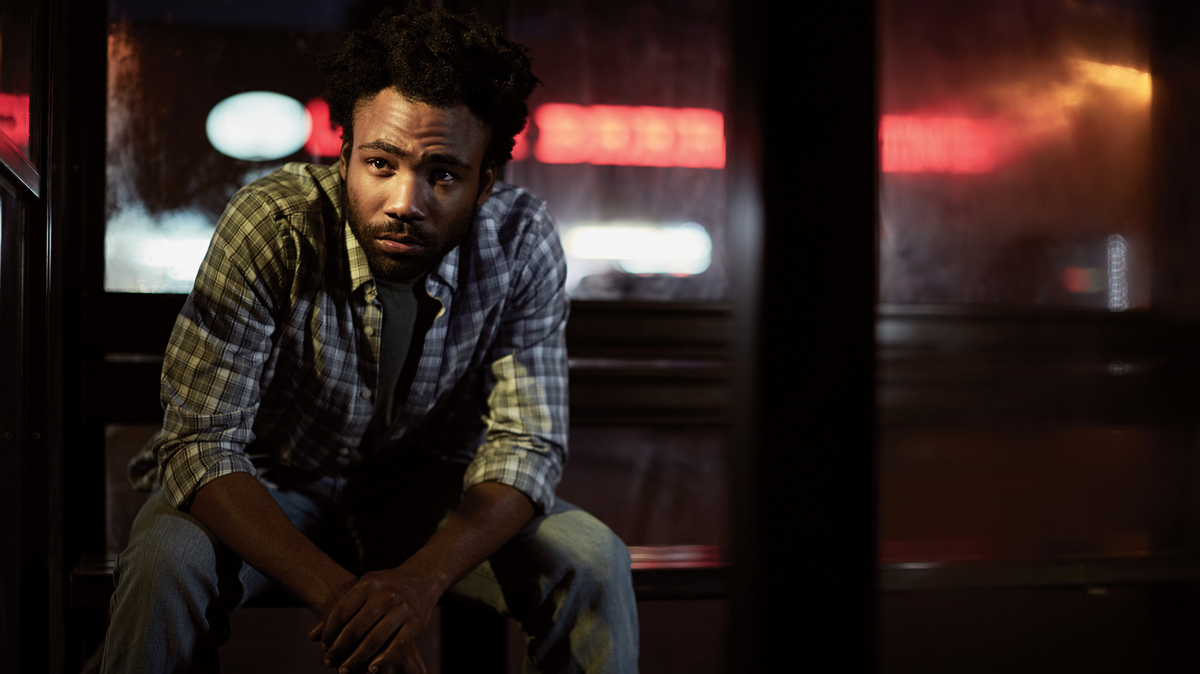 Donald Glover's new TV show Atlanta has been described as having "dreamy and weird" moments, of mixing "hyper-realism ... with brief moments of surrealism ... all which serve to disorient." The show has laughs that are "prickly and strange, laced with menace and sadness, if also a real sense of place."

Glover, who created, stars in and sometimes writes and directs the show, says creating that odd feeling was important.

"It had to make people feel a certain way," Glover tells NPR's Michel Martin. "So we were like, 'Well, let's just give people a feeling that they can't really siphon or make into something else.' "

Atlanta is just the latest effort for the soon-to-be 33-year-old Glover, a man of many talents. He started work as a writer on 30 Rock in 2006 before landing a starring role on Community from 2009 to 2014. He's been nominated for Grammys for his work as a hip-hop artist, releasing three albums under the alias Childish Gambino. And he's done stand-up comedy too.

Glover says the impetus for the show came from agents and friends who asked him if he had any ideas for new projects.

"I really, really wasn't looking for that," he says. After his work on Community ended, Glover says he originally planned to go back to doing stand-up. "I really enjoyed the storytelling aspect of stand-up. So I thought I would probably be doing that. Making your own show — it didn't really feel like I was going to do that, I wasn't planning on doing that."

Singular Points Of View: 'Atlanta,' 'One Mississippi' And 'Fleabag'

Atlanta premiered on FX earlier this month to mostly positive reviews. The Nerdist noted its "muted, grey colors," which contribute to a surreal mood.

"We always kind of just talk about the surreal nature of just the human experience. And it's a really strange thing," Glover says about conversations he had in planning the show. "Most things lie in the gray area. But I think because of the Internet, and like, social media — things get cut into zeroes and ones really quickly. So we were like, 'Let's just play around in the gray areas.' "

Earlier this year, Glover told reporters he wanted to make a show like "Twin Peaks with rappers."

It's a far cry from his previous role as the goofy Troy Barnes on Community and other roles where he says he played the "token black guy." In contrast, most of the main characters on Atlanta are African-American. The show's writers are all black.

"We kind of realized it was all about tone," he says about Atlanta. "Stereotypes exist, but the way they exist is not how they are to most people. They're usually like very cartoonish."

'Community': No Longer A Broadcast Show, But Still A Lovable Weirdo

The key to the show's humor, Glover says, is to make people believe in the characters. "That's what kind of gives things stakes."

The show is serious but has humor that feels natural. "You really feel like he's like stuck in jail when it happens," he says. "Sometimes [the characters are] just not hilarious. Sometimes it's really scary or sad.

"The weirdness of the situation should speak to you at the end of the day," Glover says. "That's what makes me stick around, is something that's going to capture the weird — the funniness."

He wants viewers to feel like "they have some sort of stake in it."

Glover plays Earnest Marks, a character who, despite having an education, isn't doing too well. He has a baby with an on-and-off girlfriend. The show begins with the two in bed together, only for her to tell him she has a date with someone else that night. Later, Earn visits his parents, who won't let him into their house. He can't get anyone to sign up for what he's selling at his job. He ends up in jail after being involved in a shooting.

What message is this sending about African-American culture and life in the U.S.?

"I'm less interested in showing what should be, and more interested in showing what is, from my perspective," Glover responds. He says he doesn't like "being preached to" by TV shows about how people should act. "It doesn't feel authentic." He wants people to "wonder why they're laughing or why that made them feel uncomfortable, rather than tell them like why they're a bad person or good person for feeling that way."

Aside from good reviews, the show garnered some of the best ratings for an FX premiere in years. Glover attributes the success to people "responding to that it's a feeling and not like an algorithm."

With so many options for viewing "content" — cable, streaming, on demand — Glover thinks the space gave him the freedom to pursue the type of show that he says wouldn't have been possible to make even a few years ago.

"I knew if I made something personal it would speak to somebody," he says.