Accessibility links
Study: Violent Crime And Murders Slightly On The Rise This Year In Largest Cities A new study by the Brennan Center for Justice has found violent crime and homicides on the rise this year, but analysts said a small number of cities such as Chicago account for much of the increase. 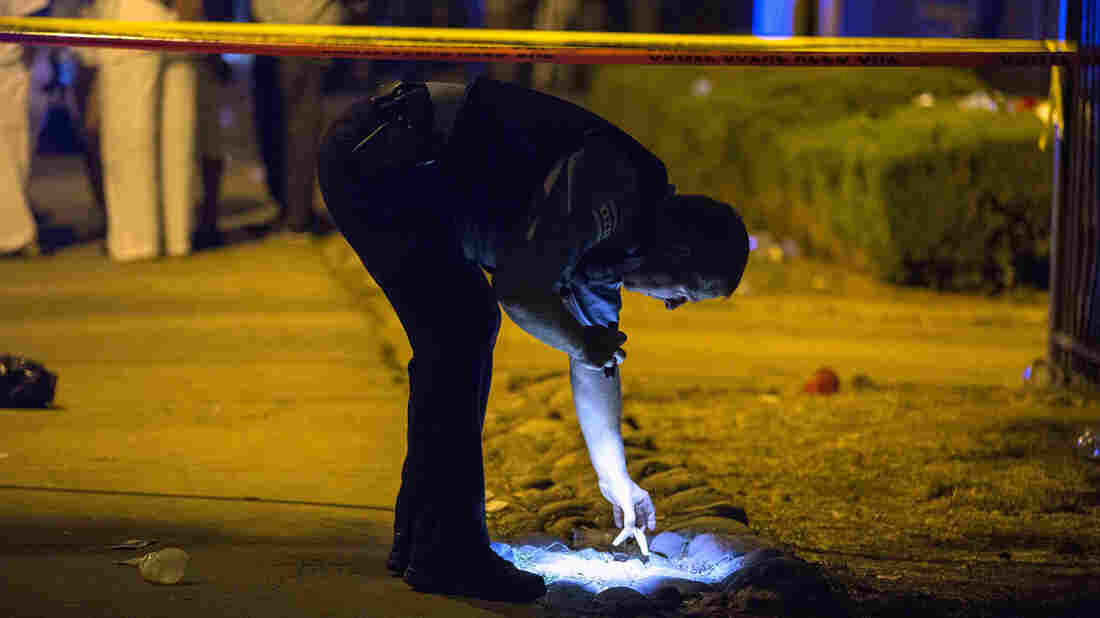 A police officer looks at evidence at the scene of a fatal shooting on Aug. 6 in the University Village neighborhood of Chicago. Erin Hooley/Chicago Tribune/TNS via Getty Images hide caption 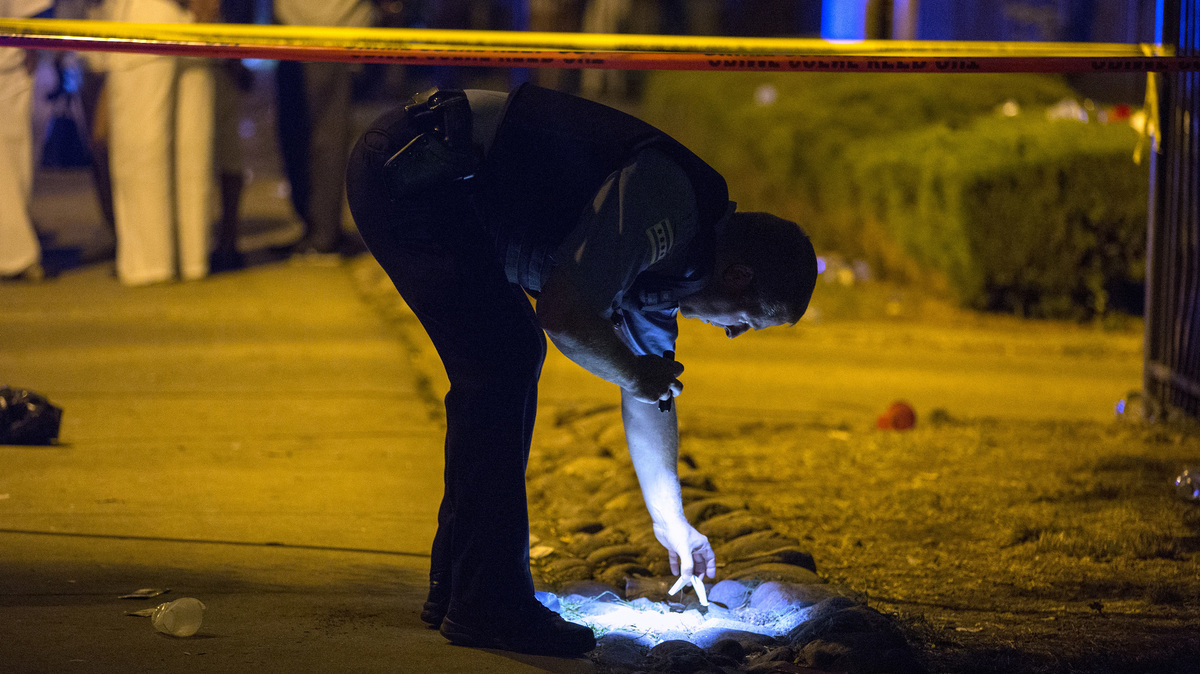 A police officer looks at evidence at the scene of a fatal shooting on Aug. 6 in the University Village neighborhood of Chicago.

The Issues: How Clinton And Trump Come Down On Law And Order

Violent crime is likely to rise slightly this year in the nation's 30 largest cities, and murders will increase too, mostly because of problems in one place--Chicago — according to a new, preliminary analysis by the Brennan Center for Justice.

The center, a nonpartisan group that monitors developments in law and justice, said only Chicago has endured a year-over-year rise in both violent crime and homicides in 2015 and 2016. Overall, analysts said, violent crime remains near record lows.

"Crime goes up and down in the short term," said Inimai Chettiar, director of the justice program at the Brennan Center at New York University School of Law. "It's definitely too early to tell what's happening in these cities and whether this is a long-term trend we should be concerned about or whether this is a year-to-year fluctuation."

The Brennan data follows a study by the New York Times that found murders up in 25 of the country's 100 largest cities last year. Criminologists and justice advocates are awaiting the release of nationwide crime data from the FBI, which collects information from states. An FBI spokesman said the data would be released on Monday, Sept. 26, the morning of the first presidential debate.

That timing could make law and order even more of a political issue. Republican Donald Trump has campaigned on the issue, pledging to make the country safer. His principal opponent, Democrat Hillary Clinton, told a police chiefs' group earlier this year that the work of police and community leaders has reduced violence to historic lows in America's streets for some 20 years.

Public opinion about the dangers and prevalence of crime do not always align with the reality on the ground. The Pew Research Center described the phenomenon this way in a graphic last year: "Public Perception of Crime Rate at Odds with Reality."

President Obama and then Attorney General Eric Holder celebrated two years ago when federal reports suggested both overall crime and incarceration rates fell for the first time in decades.

The question now is whether there's enough data to indicate those gains have been lost.