Accessibility links
For The Handsome Family, Music Is A Safe Place To Express 'Terrifying Things' Married couple Rennie and Brett Sparks have been writing songs together for 21 years. Their latest album, Unseen, is based on their experiences living in the Southwest. 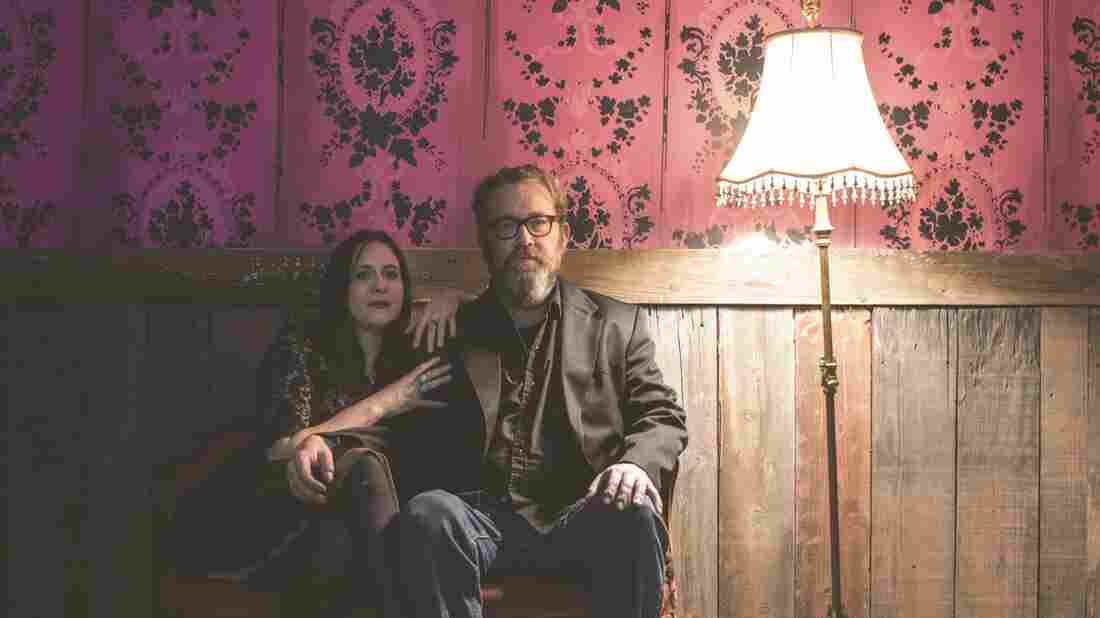 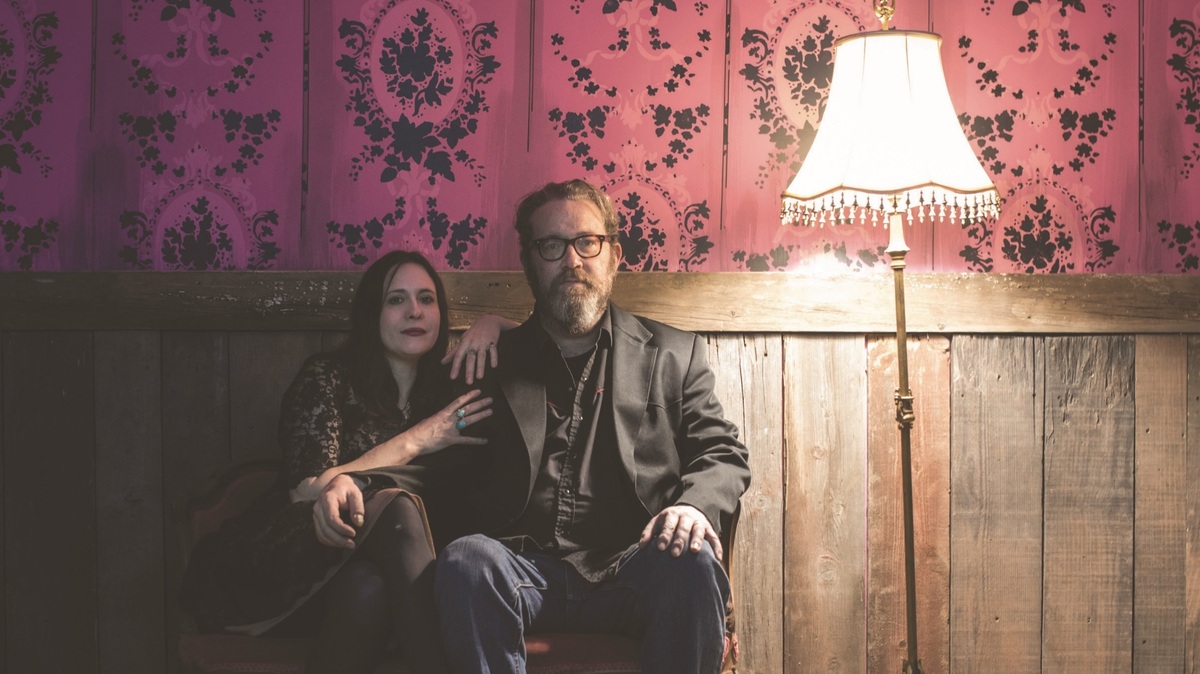 Meow Wolf/Courtesy of the artist

Married couple Rennie and Brett Sparks have been making songs together as The Handsome Family for 21 years. In 2014, they gained much wider fame when their haunting song, "Far From Any Road," became the theme for the first season of HBO's True Detective. The duo's dark, surreal lyrics come from Rennie, and the music, which draws from country music and church hymns, is written by Brett. Their latest album, Unseen, is based on their experiences living in the Southwest.

Rennie Sparks tells Fresh Air's Terry Gross that she often has a different notion from her husband of what the music will sound like.

"He'll come back singing these words in a very different way, and bringing a whole different mood to them," Rennie says. "That's part of the excitement of working with him." For Brett, this musical mind-meld is "almost like a third person is writing the song."

Rennie makes no apologies for the frequently macabre nature of her lyrics. "You know, it's catharsis," she says. "It's a safe place to experience really terrifying things. And that's what art is for."

On the many different interpretations of 'Far From Any Road'

Rennie: That's what's so wonderful about it, I think, is that a song should have space; that it can take on many meanings and take on many lives and can be put in different contexts and fit perfectly. So to me, that was just the most gratifying thing you could have, for a song to be bigger than you could imagine it to be. I do think, though ... it's about insects. ... I grew up in New York, and when we first moved [to New Mexico], what I discovered the hard way [is] that ants can bite you viciously.

Brett: She was working out in the driveway on something, I don't know, paving or repaving the driveway or something, and yeah, she got bit by all these big fire ants, almost the size of your pinky.

Rennie: It went on and on and on for days, that pain.

Brett: You hallucinated the lyrics to that song.

On 'My Ghost,' which is about Brett's hospitalization for bipolar disorder, and which includes the line 'My ghost drives around with a bag of dead fish'

Brett: It did not end well.

Rennie: No, you were driving around with those fish in the car, and you were making some kind of recording antenna to reach outer-space people in the car, and he was eating cat food and it was a mess. It was pretty ugly stuff.

Rennie: While you were in the hospital, I was going around, returning your purchases. He spent thousands of dollars on pillows, and I went to Bed, Bath & Beyond and said, "My husband had a manic episode. Can I return these pillows?" And people were nice about it. When you say someone did this when they were crazy, they'll usually take the pillows back.

On Rennie's work as a copywriter for Sears

Rennie: I didn't learn how to really write until I became a copywriter in Chicago. So I worked for the Sears catalog, and my job was to write real short paragraphs about women's underwear. And the women's underwear in the Sears catalog in the late '80s early '90s, I guess we were still selling imitation whalebone corsets and crazy stuff, real old-school. ... Not attractive stuff. I think we stressed "washability."

But we had to sell the product all the same, and they would give me a sample of polyester panties that were just — I didn't want to touch them, the fabric was so off-putting — but I had to find a way to make this sound romantic and fun. I really learned how to use words then to create a picture, and to try to tell a story, and to maybe make things come alive that really were dead.

On the first time they teamed up to write a song

Rennie: I remember you were writing some lyrics and having some trouble with rhymes and using the word "baby" a lot, which I find highly objectionable on many levels.

Brett: The first song we ever wrote together is on Odessa, and it's called "Arlene," and that's the one that I had written and I was trying to sell to somebody in Nashville as a country pop song. I was getting some nibbles, but nothing real. Then I was like, "Hey, Rennie, why don't you revise these lyrics?" And there you go. Rennie turned it from a country pop song --

Rennie: I made it completely unsellable in Nashville.

Brett: That was the first murder ballad that we wrote, and that's why I'm kind of, eh, I don't need to write any more murder ballads.

Rennie: It was also really fun. It was a really fun experience. I thought it was exciting to work with you on something, and I really enjoyed it. It was always really immediate, because as a writer, writing is so lonely and so disconnected from your audience, if you have any audience.