Accessibility links
Examining President Obama's Legacy On Foreign Policy President Obama speaks to the United Nations General Assembly on Tuesday. It'll likely be his last time to do so as president. 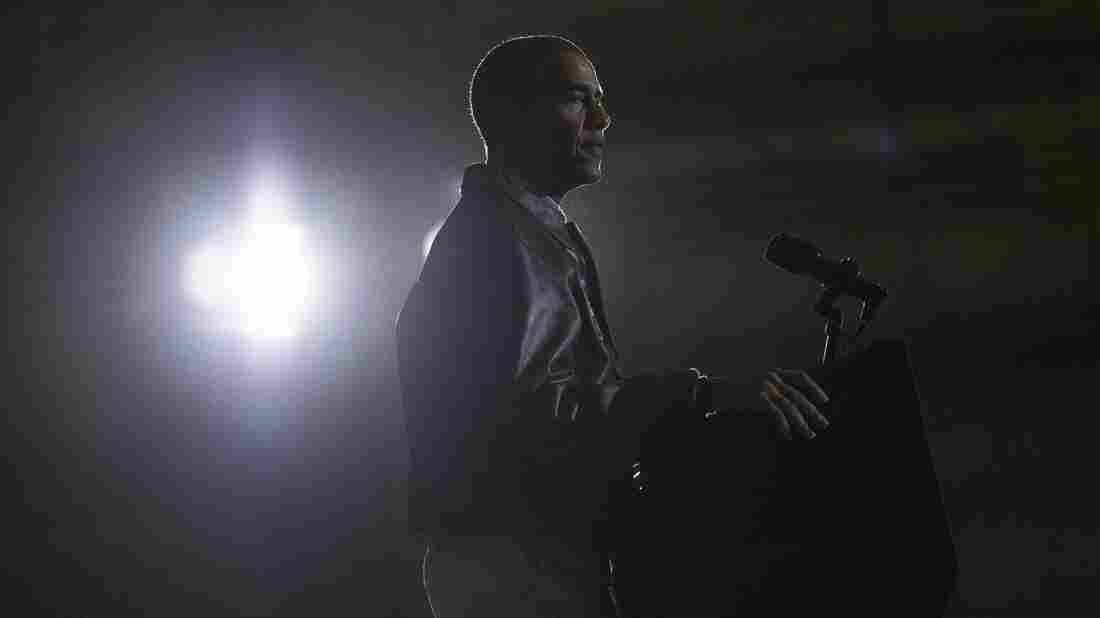 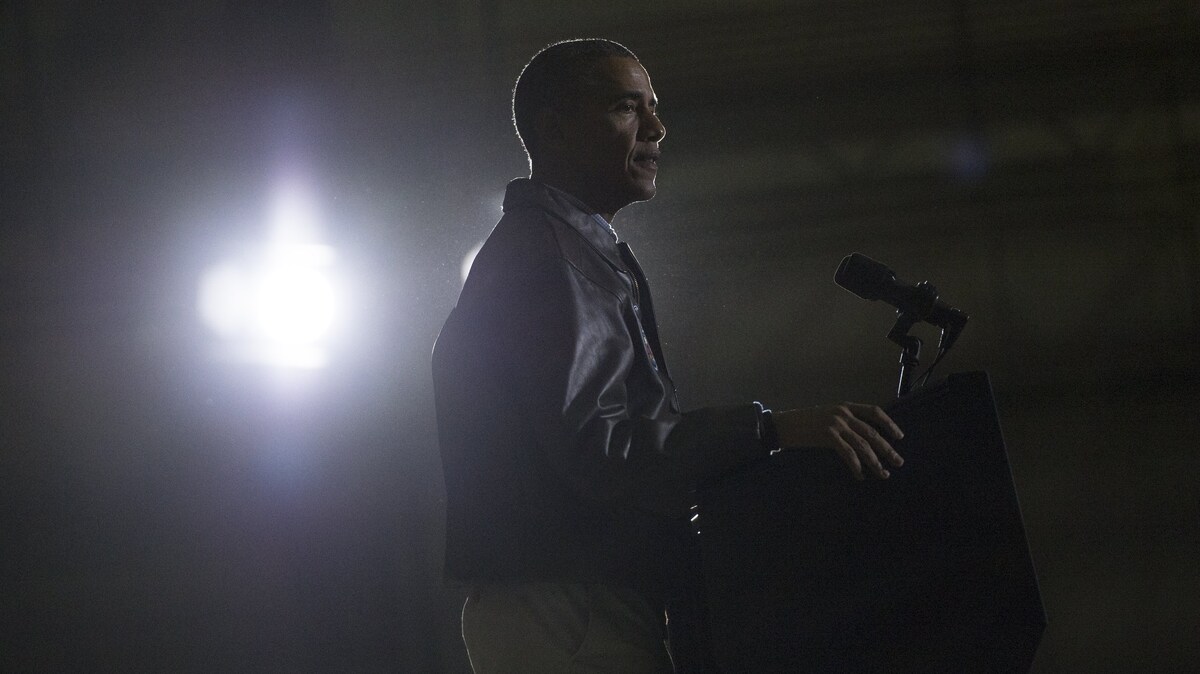 President Obama addresses U.S. troops during a surprise visit to Bagram Air Field in Afghanistan in 2014.

For nearly eight years, President Obama has been putting his stamp on U.S. foreign policy both by what he's done and by what he chosen not to do.

His legacy includes achievements like the international climate agreement.

It also includes festering problems like the Syrian civil war.

Obama is summing up that legacy himself Tuesday, as he addresses the United Nations General Assembly for what's likely to be the last time as president.

There are crises aplenty as Obama nears the end of his time in office, from the ongoing terrorist threat posed by ISIS to nuclear saber-rattling by North Korea. But supporters say the U.S. is better positioned to deal with those challenges thanks to Obama's patient diplomacy throughout his time in office.

"I contend that by almost every measurement, we are better off today than we were eight years ago," said Derek Chollet who served at the State Department and the Pentagon under Obama. "That's not to discount the turmoil in the world. The question is what can the US do about it?"

Chollet contends the U.S. has done a lot under Obama, such as brokering the Iran nuclear deal, combating the Ebola virus in West Africa, and restoring diplomatic ties with Cuba.

But Obama's legacy is also defined by areas where he's resisted action such as Syria, where he initially refused to arm rebels battling President Bashar Assad, and where backed down from his threat to retaliate for Assad's use of chemical weapons.

"He is willing to buck the trend," said Chollet, who is now a security and defense adviser at the German Marshall Fund, a Washington think-tank. "And that's of course what successful presidents have to do."

Obama has used drone strikes and special forces aggressively to target suspected terrorists overseas, but he's been wary of large-scale military involvement. That's partly a reaction to what he sees as mistakes by the George W. Bush administration. But critics complain that Obama has over-learned that lesson.

"I think the president viewed his mandate as getting us out of Iraq and getting us out of Afghanistan and not getting us into any more wars," said David Rothkopf, editor of Foreign Policy magazine. "What we have seen is if you get out too fast, that creates a void which contributed to the rise of ISIS. If you don't get in, we have seen some others who have opportunistically gotten involved and made the situation worse."

"We've got the Chinese on the march in southeast Asia. We've got Russia on the march in Europe. We've got ISIS and the caliphate established now in the Middle East," Cheney said last year on CNN. "We think the threats against the United States are as great as at any time since World War II."

Obama's defenders are not persuaded that a more aggressive U.S. posture in Syria would have made the situation there any better. But it would have sapped energy from other elements of Obama's agenda.

"What the president has done is he's refused to allow his presidency to be dragged into the quicksand of the Middle East," said Deputy National Security Advisor Ben Rhodes, in an interview with the Axe Files podcast. "And in so doing he's found enormous opportunities that are going to transform the standing of the U.S. in the world."

Supporters point to the Paris climate agreement, which Obama spearheaded in partnership with China's Xi, as an example of America's leadership in a non-military arena. They also say the administration's diplomatic opening to Cuba has paved the way for improved relations throughout the western hemisphere.

One of the president's most significant foreign policy moves has been the effort to raise America's profile in the fast-growing Asia-Pacific region. But a central piece of that effort — a giant, 12-nation trade deal — could be jeopardized by political opposition here at home. Obama and some of his Asian counterparts have warned that if Congress fails to pass the trade deal, known as the Trans-Pacific Partnership, U.S. credibility in the region would suffer a serious blow.

"The reason I'm pushing this so hard is because I know and other countries know and China knows that if we get this done, advantage America," Obama told reporters at the White House last week. "And if we don't, then we're going to be disadvantaged for a long time to come."

Because many of the president's foreign policy initiatives are crafted with an eye towards the long term, they don't necessarily lend themselves to score-keeping at a convenient eight-year interval. The fruits of the Iran nuclear deal, for example, won't be known until well after Obama has left office. But supporters argue that historians will view this president more favorably than many foreign policy observers do today.

"Often it takes historical hindsight to appreciate the avoidance of mistakes," said Chollet, the former administration official. "President Obama certainly has made some mistakes. But I think he's avoided a lot."

Even as he's tried to focus on the long-term though, Obama has repeatedly been tripped up by crises of the moment. And some, like the Syrian Civil War now in its sixth year, turn out to have lasting consequences of their own.