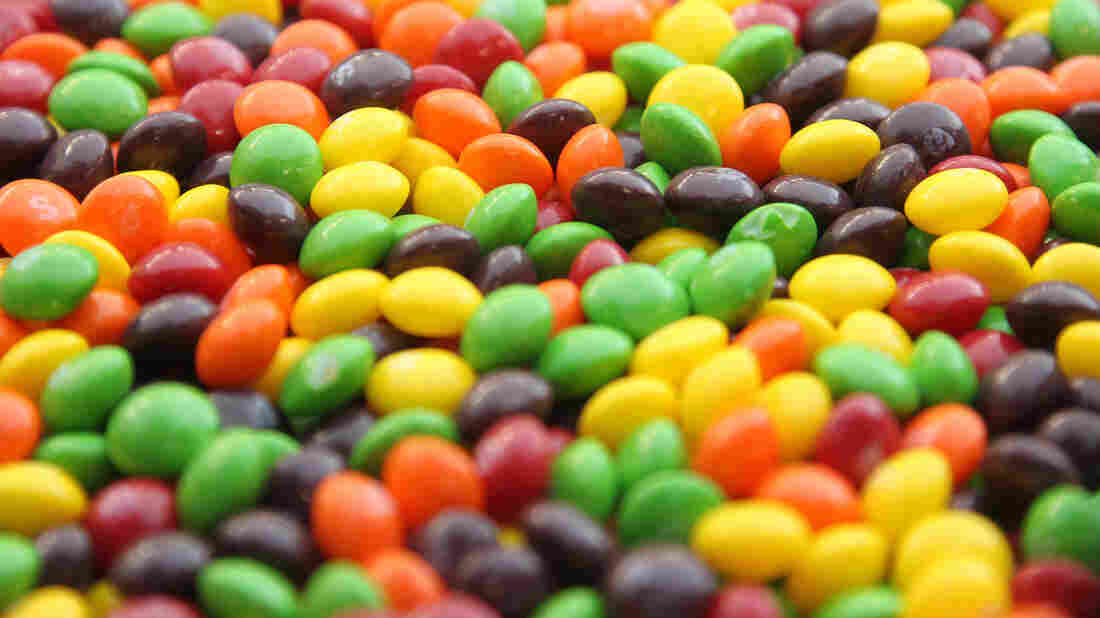 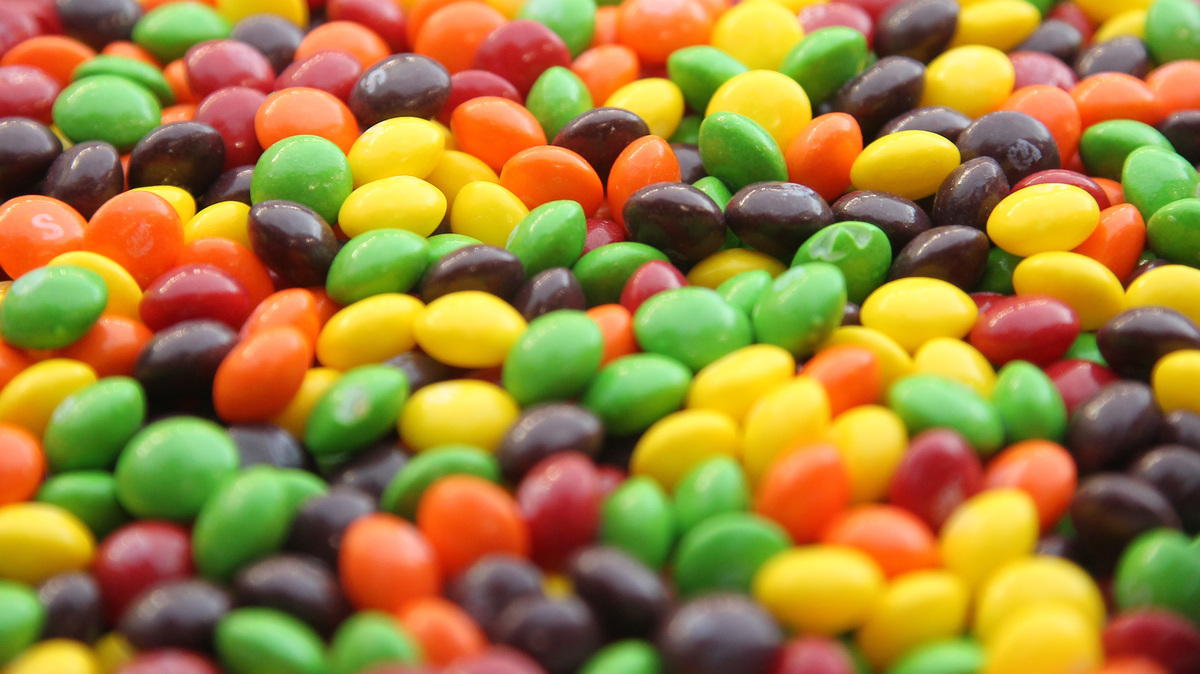 The post by the Republican presidential candidate's son immediately went viral. It earned the support and praise of many Trump supporters, who worry that an influx of refugees poses an existential security threat. It also drew condemnation from many who viewed the tweet as a flip, dehumanizing way to address a humanitarian catastrophe affecting more than 13 million people.

The makers of Skittles were quick to join the second camp. "Skittles are candy. Refugees are people," a spokeswoman for the candy's parent company, Wrigley, said in a widely distributed statement. "We don't feel it's an appropriate analogy. We will respectfully refrain from further commentary as anything we say could be misinterpreted as marketing."

Others were more direct in their response, posting graphic images of Syrian refugees and writing, "Not a Skittle."

And, as the Washington Post pointed out, the bowl of Skittles would have to be awfully large for Trump's analogy to be accurate: The odds of being killed by a refugee in a terrorist attack are about 1 in more than 3.6 billion, according to a recent Cato Institute study.

Still, the potential danger posed by Syrian refugees has been a central theme of the Trump campaign. Trump regularly warns that refugees could be a "Trojan horse," entering the country with the goal of later attacking it.

Trump has called, at varying points, to end all immigration by Muslims, from countries with a high risk of terrorism and from countries without proper screening methods. (Trump's campaign has not clarified which countries fit the second two criteria.)

At a Florida rally Monday afternoon, Trump recited the lyrics of a jazz song called "The Snake," something he's done several times before, to underscore his worries.

The song tells the story of a woman who takes a snake into her house and rehabilitates it, only to see the snake bite and kill her. "Now I saved you, cried the woman. And you've bit me, even why," Trump recited to the crowd. "And you know your bite is poisonous and now I'm going to die. Ah, shut up, silly woman, said that reptile with a grin. Now you knew damn well I was a snake before you brought me in."

Bombing Suspect Spent Time In Afghanistan And Had Money Trouble

These mental images — refugees as poisonous candy, venomous snakes or terrorist cells-in-waiting — come at a time when the Obama administration is working to humanize the world's refugee problem. "They are just like us. They are us. And as Americans, so many of us are the product of families that had refugees and immigrants. And they've contributed so much to our country," Assistant Secretary of State Tony Blinken told NPR.

He recently worked with Sesame Street to produce a video aimed at humanizing refugees so that children can better understand the problem. As Blinken explains to the Muppet Grover in the video, refugees are "people who've had to leave their homes because it's not safe for them to live in their countries."

Late Tuesday, Trump spokesman Jason Miller issued a statement on the meme and the backlash it stirred up. "America has become less safe under Hillary Clinton and Barack Obama," said Miller. "and Clinton's planned 550% increase in Syrian refugees is a dangerous proposal that would put American lives at risk."

Clinton has in fact called for a 550% increase — but that's from the 10,000 refugees the Obama Administration has proposed taking in, to 65,000. Clinton has also called for tougher security screening of people entering the United States.

As it stands, the United States already implements a detailed security check for incoming refugees. Approval can take up to 24 months, as NPR reported last year.