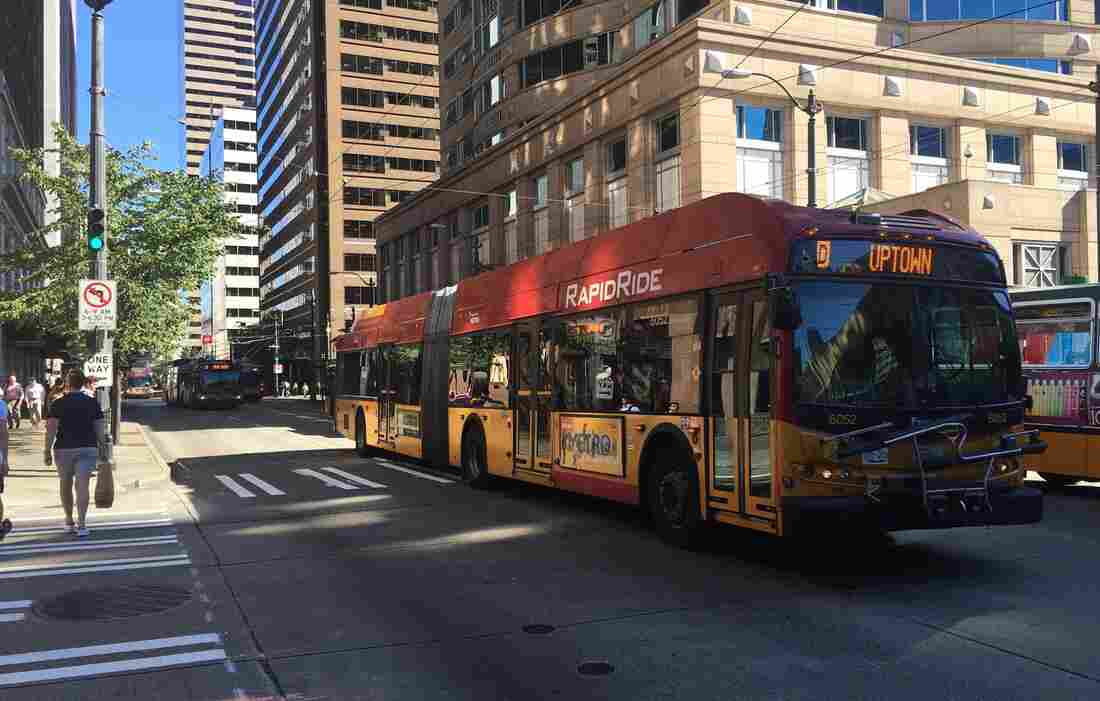 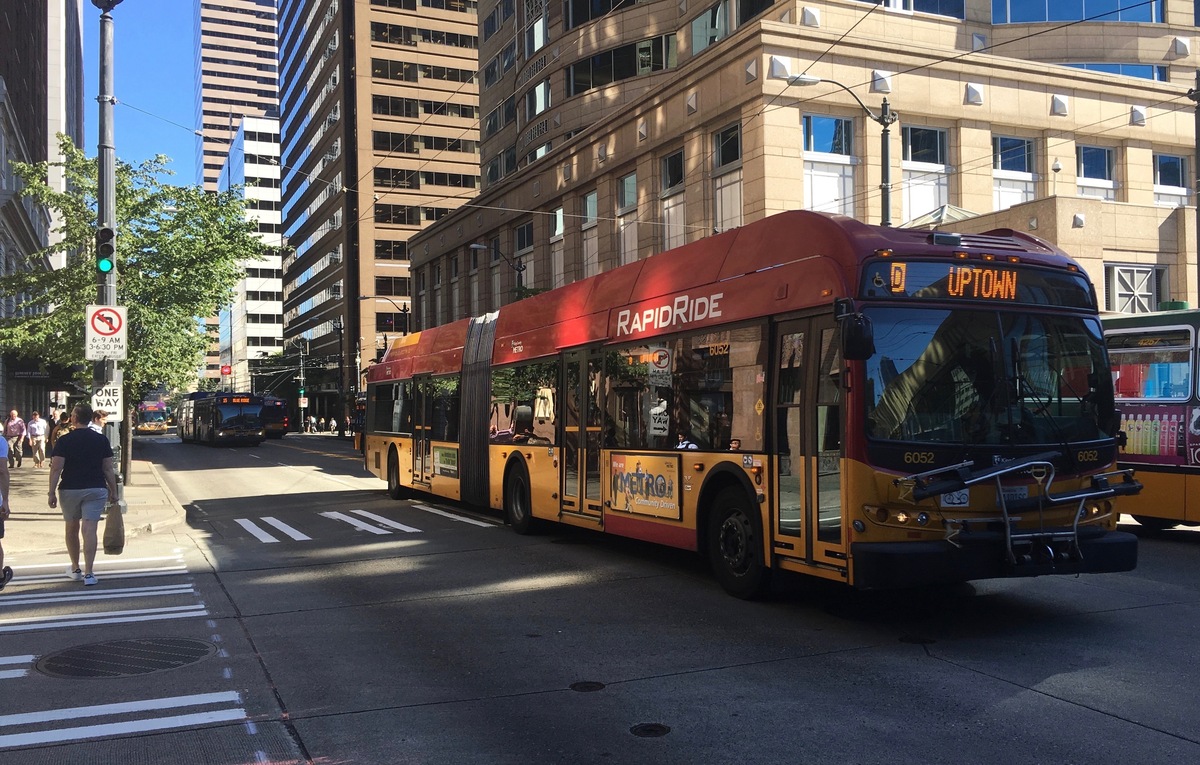 In addition to choosing our next president and some members of Congress this fall, voters in many areas of the country may be able to vote for new trains and buses.

In several cities, counties and regions, the Nov. 8 ballots will include measures asking voters to pay more taxes to fund transit projects. From Atlanta to Seattle, Detroit to Los Angeles, there are close to $200 billion in transit and infrastructure improvements at stake.

"This is a game changer for people and the communities they live in," says Richard White, president and CEO of the American Public Transportation Association. "Two hundred billion dollars is really unprecedented in the history of local referenda to support transit improvements."

But several of the ballot measures have local taxpayer opposition: some fear they'll be boondoggles because of where the routes would go, potential cost overruns or high operating expenses.

Transit officials are hoping voters who are frustrated with longer and longer commutes by car will see increasing transit options as a worthwhile investment, in places such as Seattle, for example.

"Congestion delays on the region's freeways increased more than 95 percent just in the last five years," says Peter Rogoff, CEO of Sound Transit in the Seattle area. He says the average commuter wasted 63 hours sitting in traffic last year, "and folks are very much fed up."

Rogoff's agency is pushing a plan to expand the area's transit options.

Ballot measure ST3, the third and most ambitious transit plan for the Puget Sound region over the past two decades, would increase sales and motor vehicle taxes to raise $54 billion over 25 years in order to build and expand light rail, commuter rail and bus rapid transit.

And Seattle isn't alone in asking taxpayers for big bucks to fund transit.

There are similar ballot initiatives in Atlanta, Columbus, Ohio, Detroit, San Diego and even car crazy Los Angeles, which has the nation's biggest infrastructure referendum.

Phillip Washington, CEO of the Los Angeles County Metropolitan Transportation Authority, says Measure M would make permanent an earlier sales tax increase and hike the sales tax another half a percent for 40 years, to raise $120 billion for trains, buses and highways. 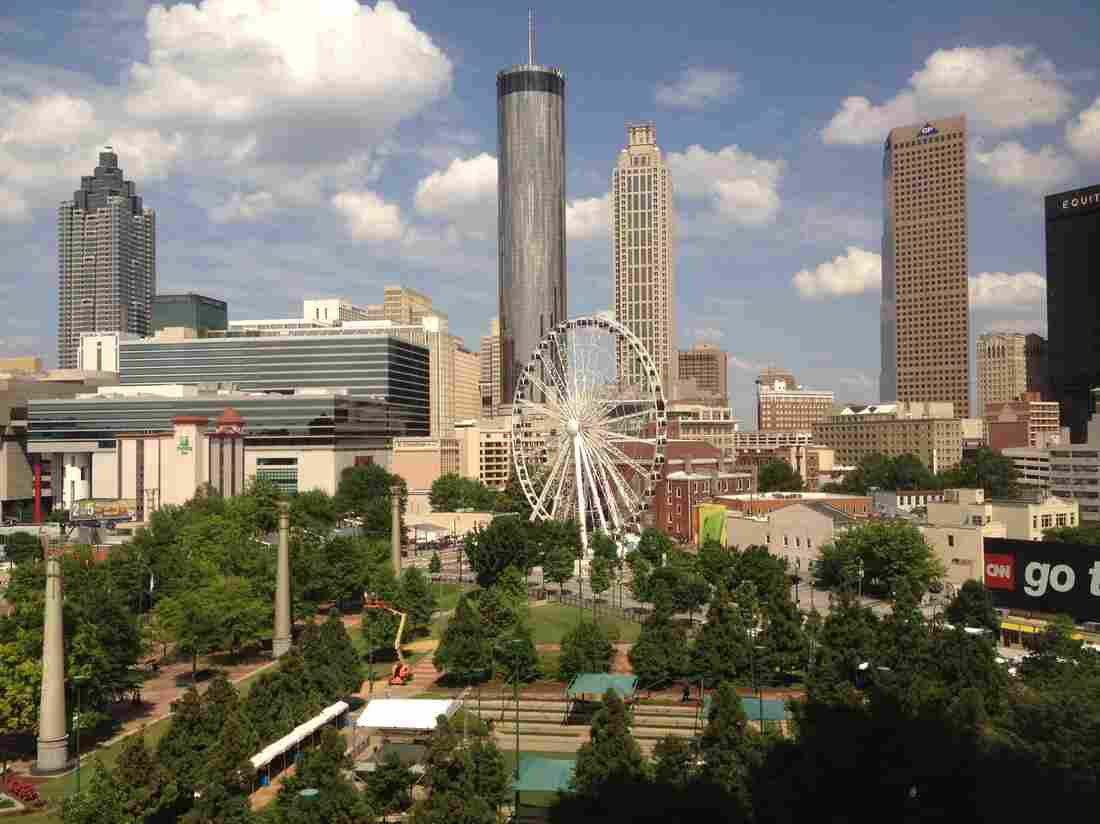 In Atlanta, voters will have the chance to pass a referendum that would help expand MARTA services in the city. Four years ago a different transportation referendum failed. Michael Cote/Flickr hide caption 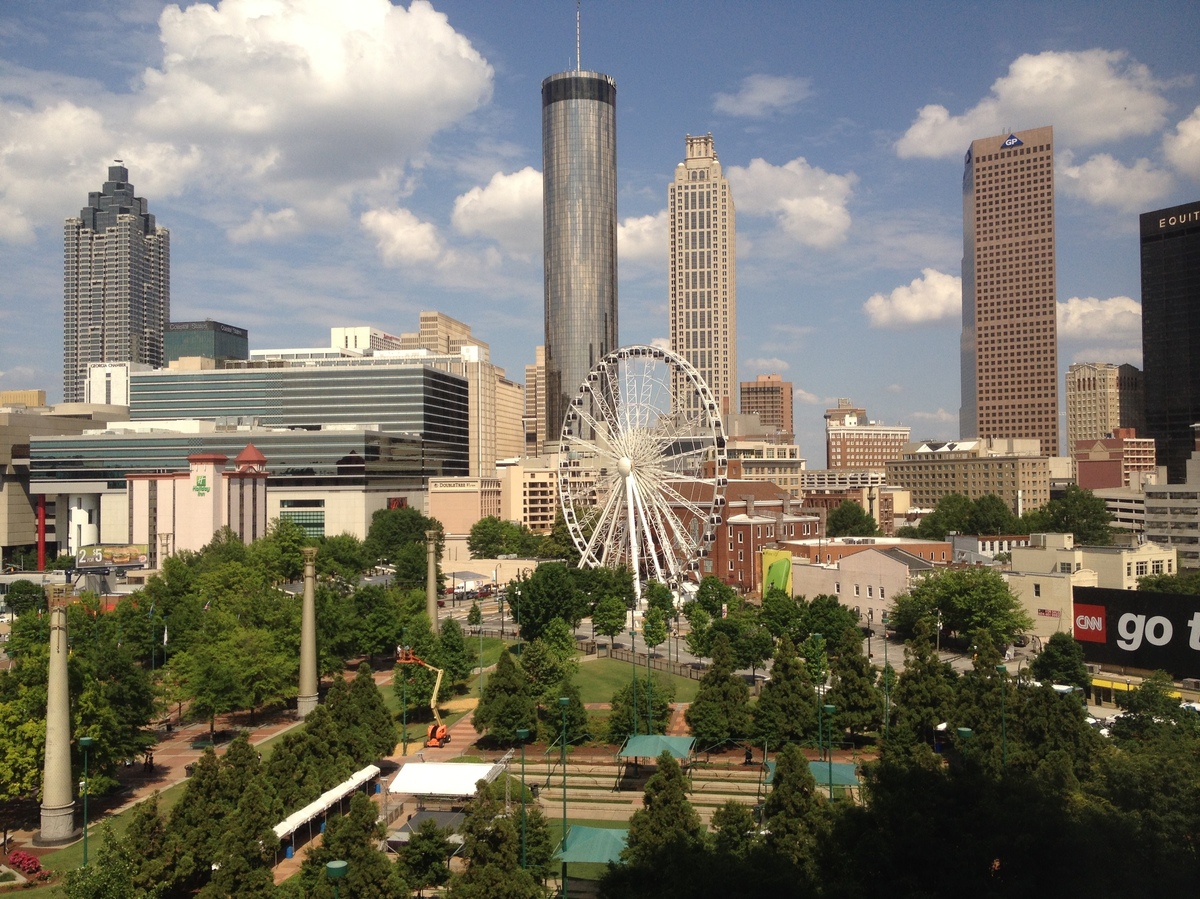 In Atlanta, voters will have the chance to pass a referendum that would help expand MARTA services in the city. Four years ago a different transportation referendum failed.

"We believe that we will settle once and for all, if you will, the transportation challenges with this measure," Washington says.

In Atlanta, the transit authority is going back to voters after a referendum failed four years ago. MARTA CEO and General Manager Keith Parker says public attitudes about buses and trains are starting to change.

"Transit has really become cool," Parker says, noting that "many of the millennials and creative class folks" are the ones boosting ridership on transit.

"The city is undergoing a major population shift, where people in the region are moving from the suburbs into the downtown areas at significant numbers," Parker adds, "and with that comes the need to get those folks to their destinations more efficiently."

He notes Atlanta's recent investments in transit is not just drawing people, but major corporate headquarters, too, including Mercedes-Benz, NCR and State Farm.

'It's time to replace some things'

But not all of the ballot measures seek to fund shiny new trains, buses and transit stations. Some are just to keep the old ones running.

"Because we are 44 years old, it's time to upgrade the house, it's time to replace some things," says Grace Crunican, general manager of BART in San Francisco, which is looking to raise $3.5 billion to repair an aging and crumbling system.

"It's a fix it first, state of good repair measure," she says. "It's as unsexy a measure as I've ever seen."

Many transit agencies are hoping to take advantage of relatively low interest rates on municipal bonds with this year's ballot measures.

And there's another reason so many are seeking local tax increases.

"There isn't any hope on the horizon at the federal level," says BART's Crunican. Our federal funding has been flat for a very long time...and at the state level, it's gone down a little bit. So, we have to look to ourselves to address the needs that we have."

Still, the concerns from critics are legitimate, says Robert Poole, who heads up transportation policy at the Reason Foundation, a libertarian think tank.

"People should really look hard at what is supposed to be delivered if they approve the tax and whether those projects appear to make sense as making meaningful improvement in the transportation of people," Poole says.

Poole says not all transit projects deliver the congestion relief they promise, but he likes the shift to local taxes over relying on state and federal funds. That means those who want more buses and trains in their cities should get ready to pay higher local taxes in the years ahead.