Accessibility links
Kiefer Sutherland Takes Over The Oval Office As The 'Designated Survivor' Sutherland plays a Cabinet member who becomes president after an explosion takes out the U.S. Capitol — and everyone above him in the pecking order. Critic John Powers has a review. 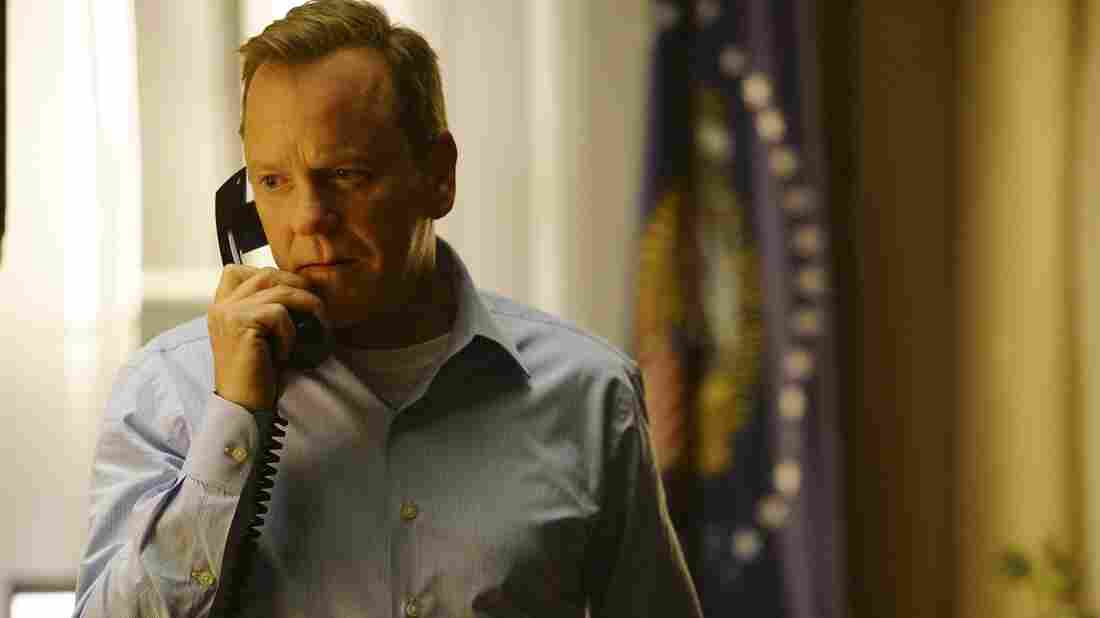 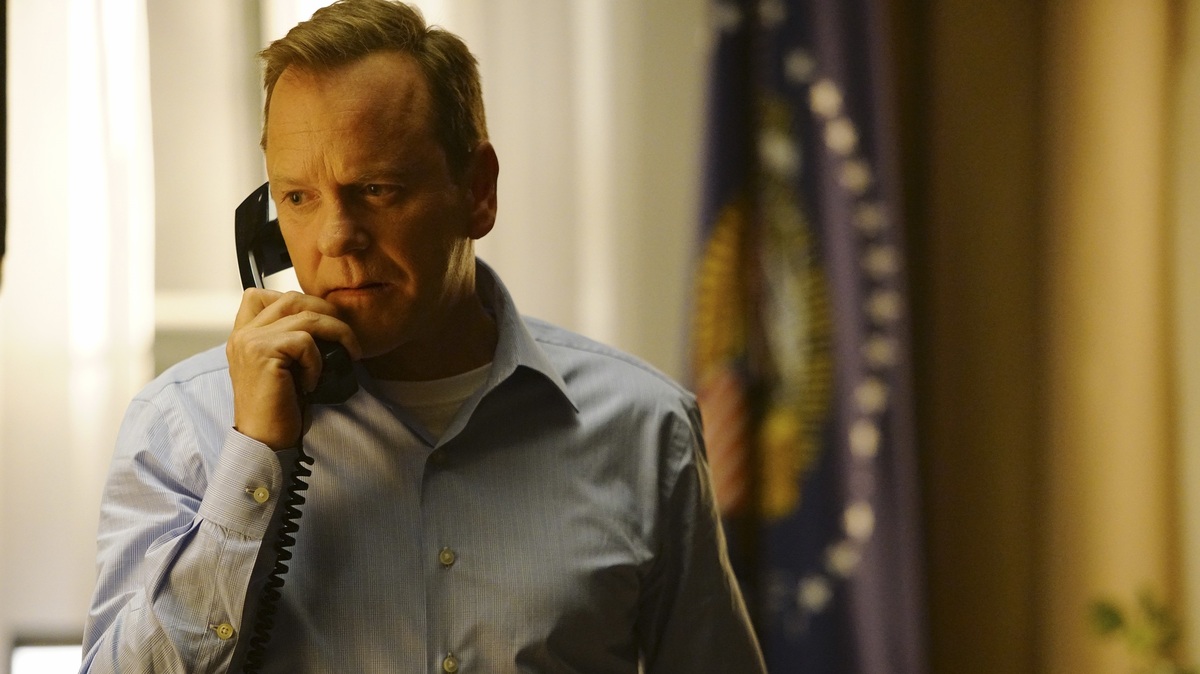 Kiefer Sutherland stars as Tom Kirkman, a lower-level Cabinet member who suddenly becomes president of the United States, in the ABC series Designated Survivor, which premieres Wednesday at 10 p.m. ET.

Television used to be careful when it told fictional stories about the presidency. It was bound by a sense of decorum. But things changed forever with the famous commercial for the movie Independence Day that wowed those watching the 1996 Super Bowl by blowing the White House sky high. Ever since, presidents have been fair game. You can portray them as thugs, schemers or murderers — or knock them off to boost ratings.

The latest show to occupy the White House is Designated Survivor, a new ABC series created by David Guggenheim, best-known for writing thrillers like Safe House. To judge from its pilot, the show hopes to capitalize on current anxieties about everything from our divided government to the threat of cataclysmic terrorism.

Kiefer Sutherland stars as Tom Kirkman, a lesser Cabinet member who, on the night of the State of the Union address, has been chosen as, well, the designated survivor. That is, he's the one sequestered away so the U.S. government still has a top official to run things in case of a freakish calamity.

Naturally, the calamity occurs. To Kirkman's horror, an explosion takes out the U.S. Capitol — and everyone above him in the pecking order. Suddenly, this thoughtful liberal must commandeer the Oval Office during a crisis.

Making matters trickier, most White House insiders — from the chief of staff to a presidential speechwriter played by Kal Penn — think he's not up to the job. He is barely sworn in before he is dealing with their machinations, even as he tries to discover whether the terrorist attack came from the outside or within the government. Watching this decent, sober man learn the ropes is a bit like seeing a character from The West Wing be parachuted into an episode of Sutherland's old show, 24.

Of course, if any actor knows firsthand what it means to step into big shoes, it's Sutherland, the son of a famous and pungent actor, who has made himself really, really good, shining in everything from 24 to art movies by Lars von Trier. He's great here, too.

Fictionalized stories about presidents tend to break in two basic directions. They can be honorably high-minded, like Seven Days in May or The West Wing, surely the purest liberal fantasy ever put on TV. Or they can be gleefully irreverent, even cynical, like Gore Vidal's novels or the recent spate of splashy hits like Veep, Scandal and House of Cards, where nobody cares about governing — bo-ring! — and no political principles are at stake.

While it's too early to know what kind of show Designated Survivor will turn out to be, I'm betting it will ultimately wind up as a steroid-fueled melodrama like Scandal, Homeland or 24. That's what is currently thought exciting on network TV, which is desperate to hook those watching on their phones.

More important, today's Washington shows reflect a general belief that life inside the Beltway is a game of thrones. They tap into — and reinforce — a cynicism about real-life politicians that is heightened even more by news-channel pundits who treat everything, even ideas, as a tactic. You don't have to be a political junkie to see how well such an attitude dovetails with our current presidential election, which features two record-breakingly unpopular candidates, both widely thought to be out for themselves.

Call me a sucker, but the problem with all these splashy Washington shows is that they tend to make life there seem even more amoral than it actually is. Many politicians, and not a few presidents, seek power to make the world better, even if their ideas of "better" aren't always mine.

That's why I'm hoping Designated Survivor will do something scandalous — or do I mean old-fashioned? — and play it straight. I'd love to see President Kirkman survive as a good, unambitious man, one who tries to build something sturdier and nobler than a house of cards.