Accessibility links
Review: Bob Weir, 'Blue Mountain' On this long-awaited solo album, the Grateful Dead veteran showcases his songwriting gifts with the aid of collaborators such as Josh Ritter and The National's Bryce and Aaron Dessner. 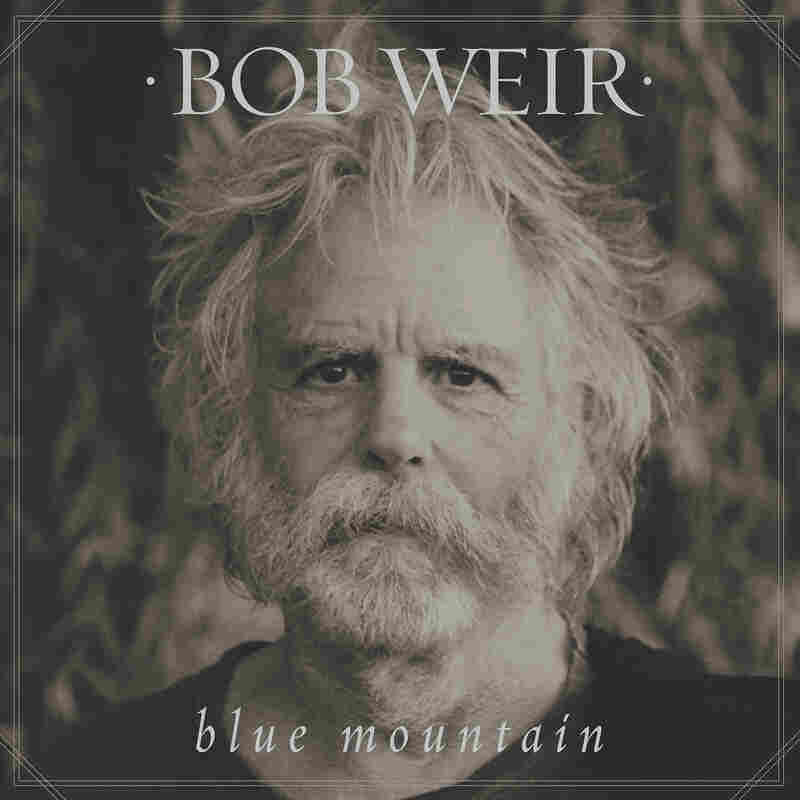 Dizzy Gillespie once described Charlie Parker as the other half of his heartbeat. They were young men creating something from whole cloth, stretching the limits of their creativity and intellect every time they drew a breath together on the bandstand.

For musicians, that heartbeat thing is real. When you link into someone else's well of creativity and imagination, there really are no words to describe the connection. So it makes sense that it took Grateful Dead veteran Bob Weir as long as it did to come up with an album's worth of new writing that he wanted to share with the world.

Weir has said in interviews that losing his friend Jerry Garcia in 1995 was a cataclysmic shock on both a personal and musical level. They'd been of one mind for more than 2,300 shows and an untold number of rehearsals and jams, joined together like part of a single organism. Losing Garcia had to be a serious blow to absorb.

But what emerges on the heartfelt Blue Mountain — which Weir crafted with the likes of Josh Ritter and The National's Bryce and Aaron Dessner — is another chapter of his life as a storyteller. If he'd never written another song, he could stand on the accomplishments of his 30 years writing for the Dead. The characters and circumstances he's chronicled were pulled from great American musical traditions, as well as his own self-exploration as he's matured and become more observant.

Now, fans can take a step back and admire Bob Weir for the extremely gifted songwriter he's become. Hiding behind that post-Dead beard is a poet laureate of deep thinking and whimsy. His voice has taken on a character that finally replaces the forever-young, fresh-faced heartthrob fans knew so well, but even with age, he sounds as good as ever.