Accessibility links
Kate Winslet Wreaks Bespoke Vengeance In 'The Dressmaker' Kate Winslet plays a woman with designs to punish the townsfolk who once wronged her in this tonally confused Australian comedy. 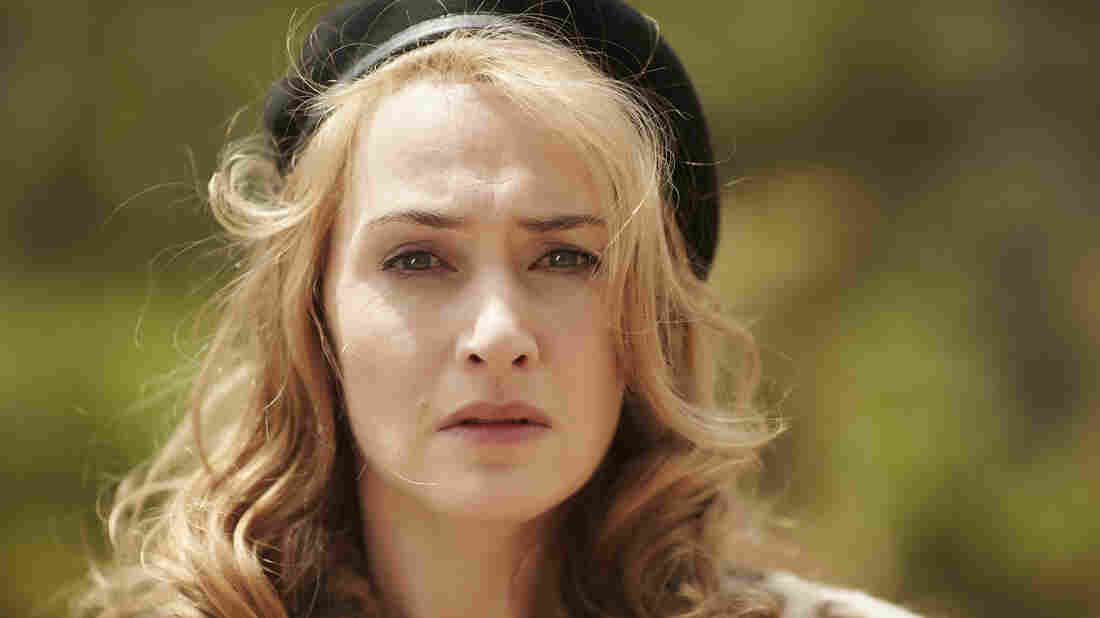 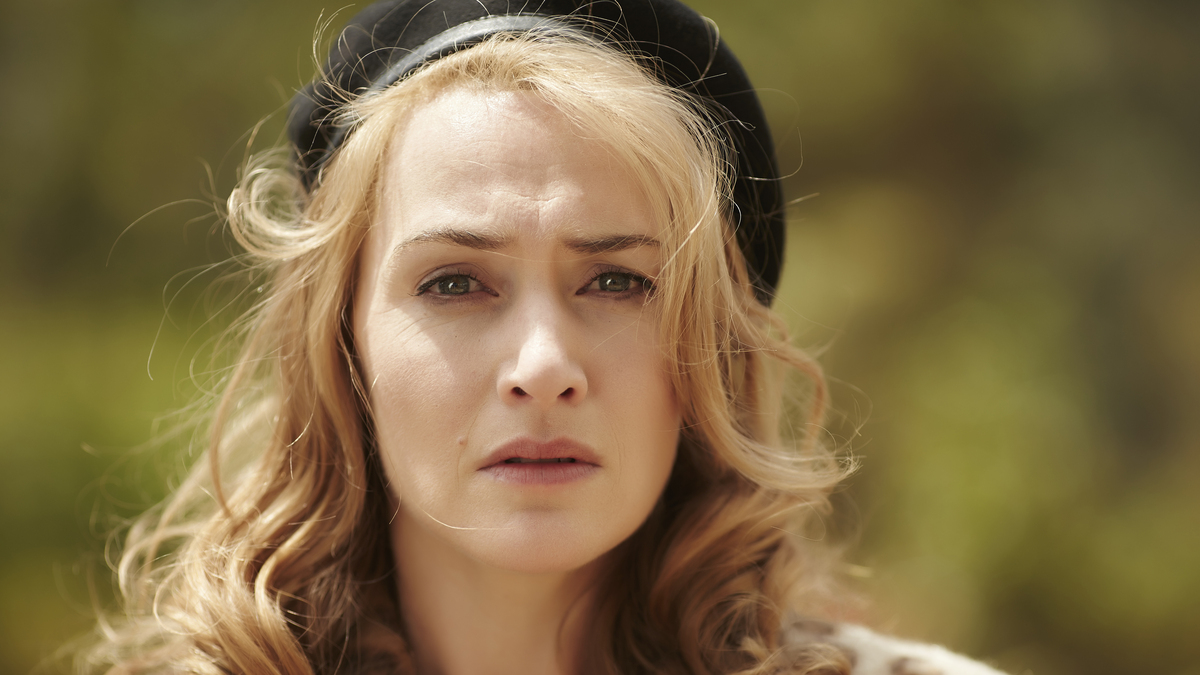 If the idea of a group of women in pristine haute couture dresses milling about the dirt and grime of an Australian backwater burg makes you giggle, you may be the target audience for The Dressmaker, a perplexing Down Under oddity in which a woman uses her talents for crafting top-line designer wear to exact revenge on her childhood home. The woman is played by Kate Winslet, who is a delight—the Oscar winner rarely takes on comedic roles, and she brings an almost frightening enthusiasm to the part. But be warned: This confused and overlong film inhabits a world of caustic darkness that not even an expert seamstress could patch over with silly pratfalls.

Stepping off the dusty train to the aptly named Dungatar in a Dior-inspired gown, Winslet's Tilly Dunnage surveys the Old West-like hellhole of her youth with a grimace. She apprenticed in Paris and got cultured, while these mouth-breathers still lust for local rugby games and gossip at the general store. But we soon learn that, even though Dungatar is several sizes too small for her, it wasn't Tilly's choice to leave in the first place: she was exiled in childhood, after an incident she barely remembers left a boy dead.

Tilly wants to find out what happened, and if she is to blame, while also enacting a series of petty, clothing-related schemes against all those who previously wronged her. Though Winslet gamely chews scenery, bursting onto every affair with shocking modern getups as a sexpot in search of something to seduce, it's not long before the inconsistencies of this character start to gnaw at you: shouldn't "better off, good riddance" have been the proper response from the start?

We are introduced to the nasty townspeople via a sloppily edited, incoherent first act in which they each appear onscreen for no more than a few frames. Though the pace soon settles down a bit, that early impression of things moving too fast for no good reason remains stitched into the film's fabric. Tilly carries a grievance against pretty much everyone, from the schoolhouse teacher who beat her to the druggist who insulted her, and they can't stand her either, holding tight to the local myth that their prodigal daughter is cursed. Her adversaries are all bug-eyed with a kind of Roald Dahl-esque physical and mental crookedness, and they squeeze their faces very close into the frame as though they will vanish into Dungatire dung the moment the camera cuts away.

On Tilly's side are her batty mother (the withering delight Judy Davis), who lives in Grey Gardens-esque squalor and exhibits signs of dementia that come and go with the wind until they vanish entirely; the local police chief (a fun Hugo Weaving), who can barely disguise a proclivity for women's fabrics; and a hunky farmer boy (Liam Hemsworth) who quickly falls for Tilly and advises her, not unreasonably, to leave this town behind. The older woman-younger man romance (15 years between these actors) is still enough of an onscreen novelty to be welcome here, as is Hemsworth, who, like his brother Chris in the recent Ghostbusters, seems to relish playing off his own hunkiness for laughs.

This being a particular brand of dark Australian comedy (see also: Kill Me Three Times, Looking For Grace), there is a fair amount of broad, coarse humor punctuated by hulking tonal shifts. The slimy father of the dead boy casually drugs and rapes his wife in an early scene—elsewhere, Tilly's mum is mugging for the camera while making lewd gestures at a shirtless Hemsworth. How can these things exist in the same film? It's crass, off-putting business for the uninitiated, who will likely be expecting a pleasant period piece with fancy costumes like one of those inoffensive Meryl Streep joints. But once that finale rolls around and senior citizens start dropping like flies? Hoo, boy.

The dresses are beautiful, though, as you would expect when clothing is either the centerpiece or the punchline of every scene. Winslet assisted Margot Wilson, The Dressmaker's dressmaker, in preparing her own costumes, chic velvety numbers that seem to show off more skin than one might expect from the film's 1950s setting. As each woman in turn comes begging for Tilly's services, their doll-ups are worth taking in, especially as director Jocelyn Moorhouse is determined to celebrate every age and body type equally. What these women do once they're in the dresses is another story entirely.