Accessibility links
'Narcos' Producer On The Drug War, Colombia And Escobar's Son's Grievances Before making Narcos, Eric Newman spent years researching Pablo Escobar's story. He says, "For us ... it was very important to show the most balanced look at the [drug] war we possibly could." 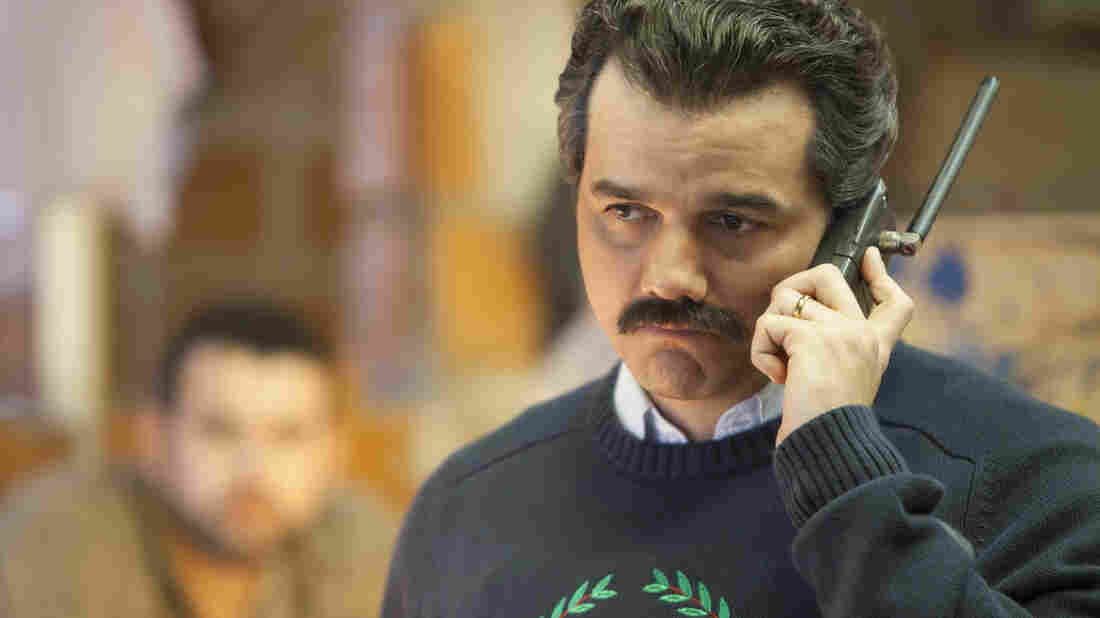 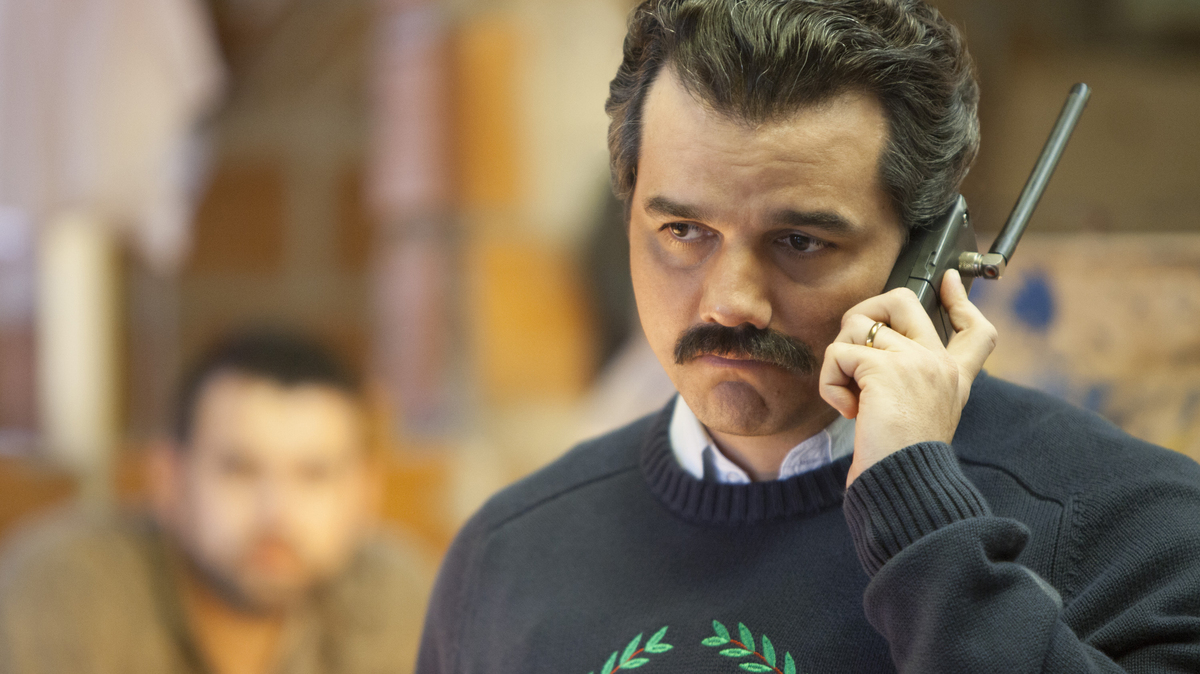 If there were a hall of fame for criminals, it would have to include notorious Colombian drug kingpin Pablo Escobar.

Escobar made billions making and selling cocaine. He used that money to buy a sprawling estate with elephants and zebras, but also spent it on houses, schools and hospitals for the poor, as well as a successful bid for Congress in Colombia. He was a ruthless killer who once bombed an airliner and was responsible for the deaths of thousands of police officers, government officials and innocent civilians. The drug kingpin was tracked down and killed by Colombian police in 1993.

The Netflix series Narcos — which is anchored by a widely-praised performance from Wagner Moura as Escobar — tells the stories of Escobar and the police and public officials who hunted him, including two American DEA agents, Steve Murphy and Javier Peña. Eric Newman, the show's executive producer, spent years researching the story and putting the series together. He tells Fresh Air's Dave Davies that violence came easy to Escobar, and he felt it his acts were justified. "Assassinations, bombings, murders, you name it ... he was just fighting back," Newman says. "But in reality he was very likely a sociopath, and certainly a terrorist when need be."

On Escobar's relationship with the people of Colombia

What made him so difficult to catch was there were a number of people in Colombia, particularly in Medellín, who believe that he was a hero. ... It wasn't hard to make [Americans] the bad guys and to make Escobar the good guys, particularly for many Colombians — and that surprised me. ...

He knew that the best way to protect himself was to ingratiate himself with the Colombian people ... so there was a strategy to that. But there was also a megalomania to it: He wanted to be loved. He did have dreams of becoming president; he did run for Congress [in Colombia] and win as an alternate. He was definitely driven by a need for acceptance. There was clearly some narcissistic personality disorder there that drove him. And I think he had a general fondness for, if not the people themselves, the idea of the people.

Colombia is a very class-oriented society where there is a small percentage that owns everything, and there is a much larger working class that has struggled for a long time. And so the need for the kind of proletariat hero was there — he took advantage of it. He was to many the man that America and the ruling families of Colombia didn't want to succeed, and that made him heroic to them. 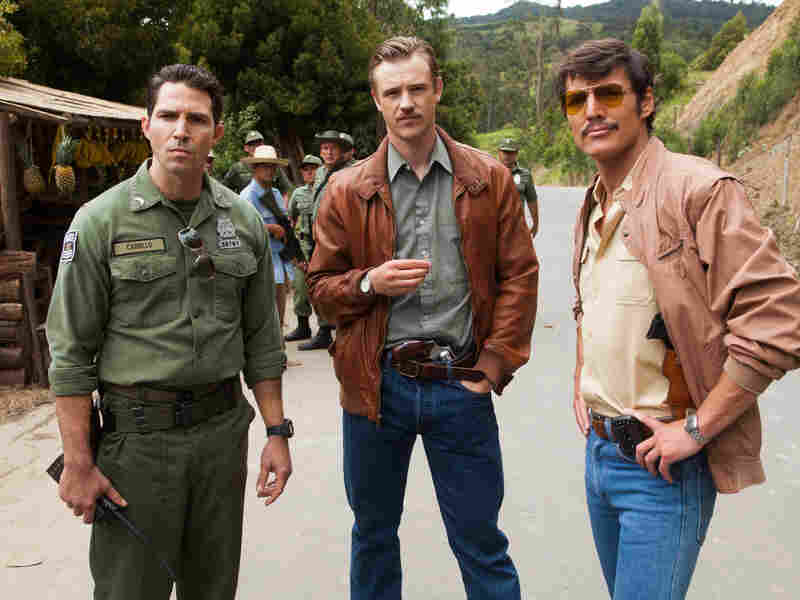 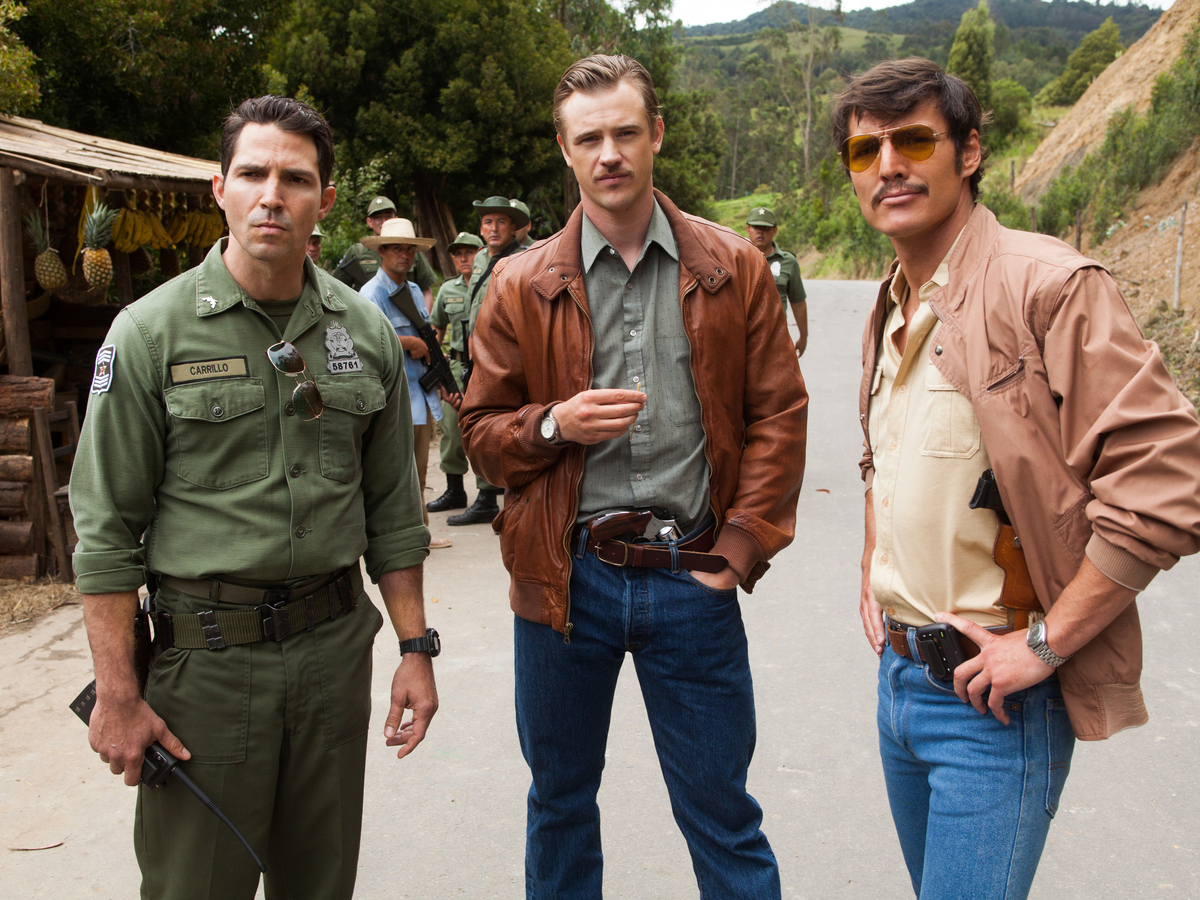 On how Murphy and Peña, the DEA agents who helped hunt Escobar down, contributed to the show

They offered this perspective that I felt very privileged to get. They were there, and they have their own point of view, obviously. Long-serving DEA agents tend to have, probably for the sake of the job, a fairly uncomplicated view of the drug war in that we need to wage it to stop these men and bring them down. And I think that that certainty lent itself well as an aspect of our project, because for us ... it was very important to show the most balanced look at the war we possibly could, because there are just as many people who will believe we're waging the war on drugs in error. I think in the case of Steve and Javier, they're very pleased with the outcome, bringing down Escobar and then subsequently bringing down Cali [another cartel] and so on and so forth. It was great to have their insight and advice.

On Escobar's son's grievances with the show

[Escobar's son, Sebastian Marroquin,] had reached out to us through a filmmaker who had made a pretty amazing documentary called Sins of My Father. ... To be fair to him, the filmmaker, who had a very close relationship with him, asked us if we would like to meet [Marroquin] and speak with him. Now, whether that was him saying, "Hey, I want to talk to those guys," or not, I can't say for sure, but it was definitely an offer of an introduction was made. I spoke to the DEA about it and they unequivocally told me that if we were going to be working with [Escobar's son] they weren't interested in being involved.

He was 16 at the time of his father's death and their take on him was he was a bad kid; that he was ... in the room for a lot of murders and tortures and threatened to kill a bunch of people after the death of his father. Now, I don't judge him at all. I think that what happened to him is an incredible tragedy. I'm not going to judge somebody for being born to a man that was a monster. I don't know that I would've done any different. Taking a stand as a teenager against what your father was doing when ... a sizable percentage of the country believe that he had some heroic qualities — it would be hard to do.

I've looked a little bit at his list of grievances and many of them are small. We kept him a child throughout the show, which was a decision that we made because we didn't judge him. To have a kid, a 16-year-old kid, who is working the phones on behalf of his father, who is making threats as [his father] did, just didn't seem it was fair to him. And it didn't, in our opinion, serve the story.

On the decision to have Murphy's character narrate the show

In the beginning, we were slightly concerned for American audiences by the amount of Spanish that was going to be spoken, and that seemed like a natural way to continue to interject some English into the show. But that sort of faded very quickly. We felt like we were in good shape with people accepting subtitles and going with it. But it allowed us an opportunity to present an American point of view, and not just any American point of view: a uniquely naïve American point of view, which is where the character [of Murphy] sort of begins.

The first season and aspects of the second season are about the education of this character who comes down to Colombia like John Wayne to solve the cocaine problem. I think that's really the deepest flaw in the American war on drugs: this idea that we can ride into a foreign country, set up shop, take out the bad guys, and somehow that's going to stem the flow of cocaine into America. The reality is you're never going to win a war on drugs, or any war for that matter, by operating on the supply. You have to approach the demand. As a character, Steve Murphy is a guy that's not thinking about the demand, certainly not in the beginning. He's only thinking about this mustached villain who keeps sending us cocaine.