Accessibility links
Hillary Clinton To Take Several Days Off The Campaign Trail Ahead Of Debate Both major party candidates are preparing for the first presidential debate on Monday, but they're doing so in different ways. 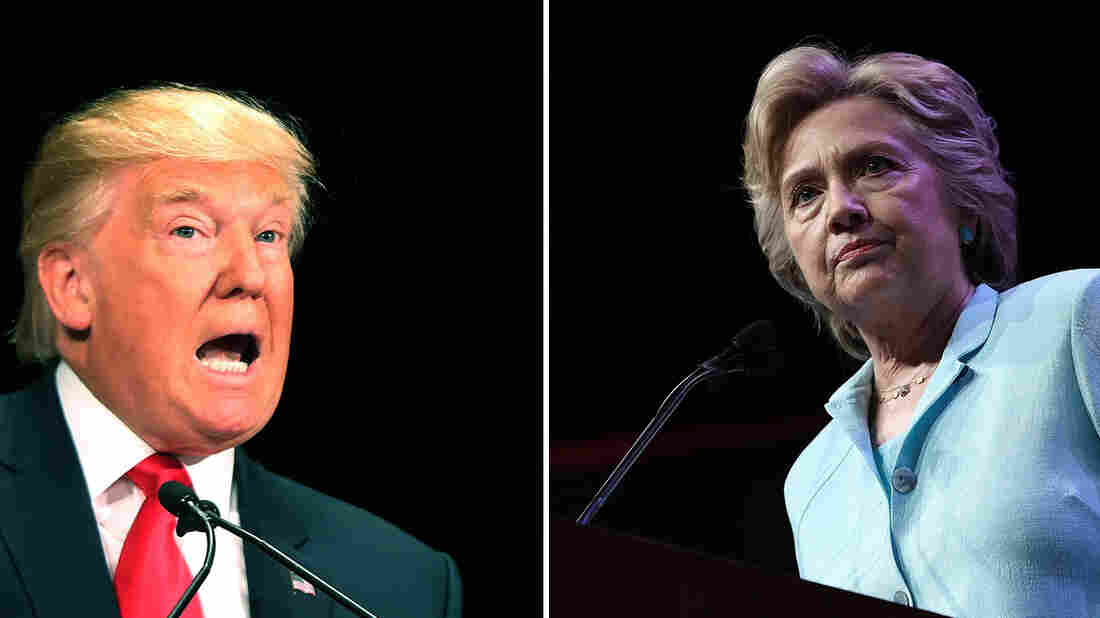 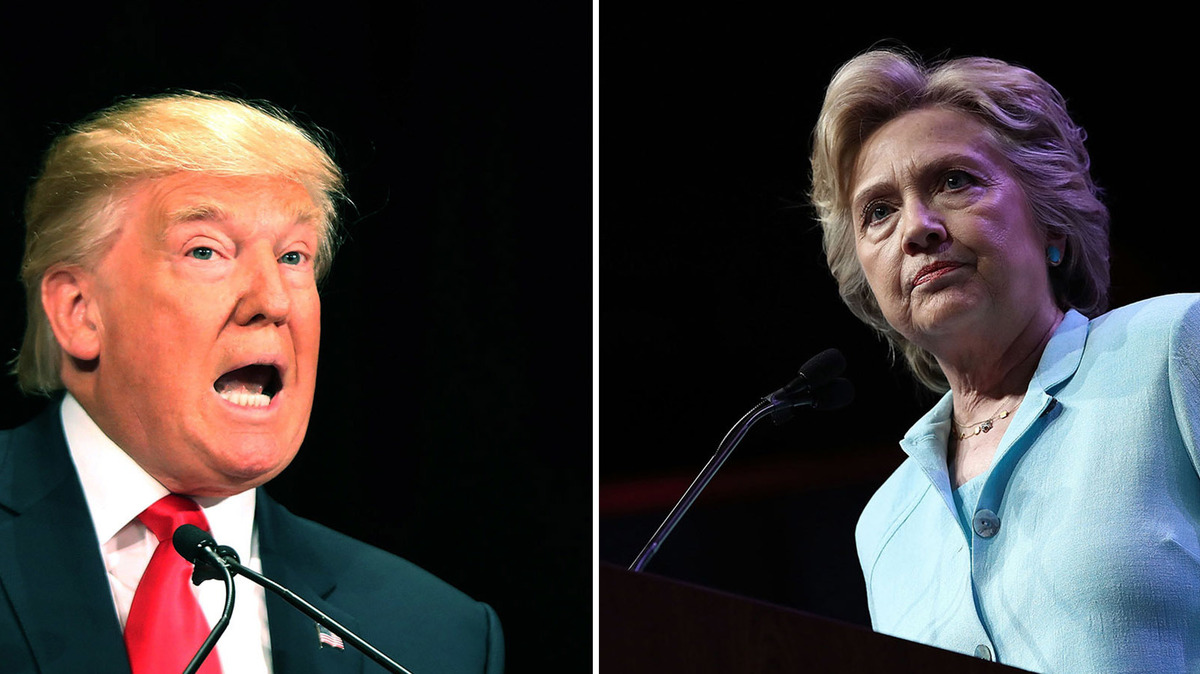 Hillary Clinton and Donald Trump have spent the summer throwing attacks at one another from across the country and over the Internet. But on Monday night, the two will stand face to face on a debate stage for the first time.

The stakes are high for both candidates. Many recent polls have shown a narrow race, and the upcoming debate at Hofstra University in Hempstead, N.Y., is expected to have a Super Bowl-sized audience.

NPR Battleground Map: A Path To The Presidency Opens Up For Trump

Both Clinton and Trump have been preparing for the debate. While neither campaign is saying much about how they've been doing that, it's become clear their methods are as different as the candidates themselves.

Clinton has said she's been "doing her homework." The Democratic nominee has no more campaign events scheduled before the debate. Her campaign schedule has been purposefully light this week so she has time to prepare, according to Jennifer Palmieri, director of communications for the Clinton campaign.

For her prep sessions, Clinton has reportedly surrounded herself with a team of strategists, including Ron Klain, former chief of staff to Vice President Joe Biden, and Karen Dunn, a Clinton adviser and former White House aide, according to the Wall Street Journal.

Several media and communications specialists for the Clinton campaign are also participating in the prep work, according to the Journal, including Palmieri, Jim Margolis, Mandy Grunwald, and campaign chairman John Podesta.

Clinton has been reviewing materials daily and rehearsing regularly, Palmieri told reporters on Wednesday. She has been watching video of Trump's performance in the primary debates and reviewing briefing books of his proposed policies and his personality traits, according to CNN.

Typically, presidential campaigns have someone play the part of the candidate's opponent to prepare for the debates. The Clinton campaign has not revealed who her sparring partner is.

The main challenge, Palmieri said, isn't that Clinton won't be prepared to talk policy. It's preparing for the "different Trumps" that might show up, she said, referring to whether the Republican nominee will be laid-back or aggressive.

Clinton, it seems, is preparing for the latter.

"I am going to do my very best to communicate as clearly and fearlessly as I can in the face of the insults and the attacks and the bullying and bigotry that we've seen coming from my opponent," Clinton said on The Steve Harvey Show on Tuesday, "I can take that kind of stuff. I've been at this. And I understand it's a contact sport."

Trump told Fox News host Bill O'Reilly this week that he will treat Clinton with respect if she treats him with respect. But whatever his temperament this coming Monday, the Clinton campaign says Trump's showmanship will make him a "formidable debate foe," as Clinton press secretary Brian Fallon tweeted.

For all his lack of substance, Trump's showmanship, as ex-TV star, makes him a formidable debate foe. He thrashed his rivals in GOP debates

When it comes to Trump's debate preparation, he seems — at least in part — to be relying on his comfort in the spotlight.

When conservative radio host Hugh Hewitt asked Trump in June if he would be practicing for the debates, the GOP nominee expressed a worry that a candidate can actually prepare too much.

"Obviously I will be practicing, but I don't want to put so much practice in that all of a sudden, you're not who you are," Trump said.

One way Trump may have been preparing already is by giving a number of scripted speeches on the campaign trail in recent weeks, as opposed to the freewheeling style he adopted at rallies through most of the campaign. Those speeches have allowed Trump to practice delivering more measured and detailed versions of his pitch to voters.

But during the debate, the candidates will be without a script.

FACT CHECK: Clinton On Ground Troops; Trump On Sexual Assault In The Military

The closest thing voters got to a preview of the debate was an NBC national security forum just after Labor Day. Trump campaign manager Kellyanne Conway told NPR's Mara Liasson that the stylistic contrast the candidates showed there will be an advantage on Monday night.

"There was a man answering questions very concisely and very confidently," Conway said. "Her answers are lengthy, they're lawyerly."

Trump has continued campaigning this week, and plans to stay on the trail through Saturday evening. He is said to have been holding meetings at his New Jersey golf course on Sundays, when he is typically not campaigning. Former New York City Mayor Rudy Giuliani, former Fox News chairman Roger Ailes, who recently resigned over sexual harassment allegations, and conservative radio talk show host Laura Ingraham have joined him for those meetings to brainstorm "zingers" to use against Clinton, according to The Washington Post.

Campaign CEO Stephen Bannon, communications adviser Jason Miller and Conway have also been at the sessions, according to the Post, along with the candidate's daughter, Ivanka Trump, and her husband, Jared Kushner.

While Trump says he won't prepare too much for the actual debate, he appears to be getting ready for the stage in another way — by baiting his opponent on Twitter.

On Tuesday, Trump tweeted, "Hillary Clinton is taking the day off again, she needs the rest. Sleep well Hillary - see you at the debate!"

Hillary Clinton is taking the day off again, she needs the rest. Sleep well Hillary - see you at the debate!