Accessibility links
It Takes An (Empty) Village: 'The Ruins Of Lifta' A new documentary focuses on a now-empty town near Jerusalem, the future of which is hotly contested.

It Takes An (Empty) Village: 'The Ruins Of Lifta'

It Takes An (Empty) Village: 'The Ruins Of Lifta' 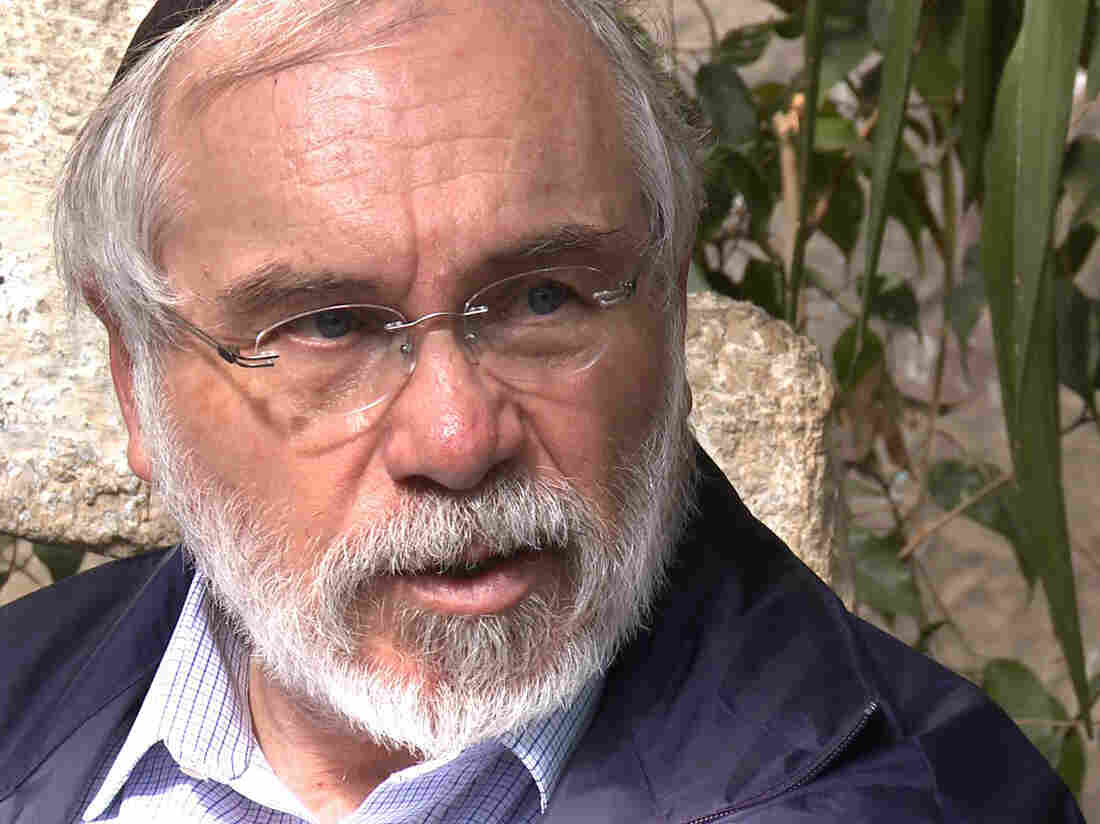 Menachem Daum visits Lifta in an effort to understand the situation in The Ruins of Lifta. First Run Features/Oren Rudavsky Productions hide caption 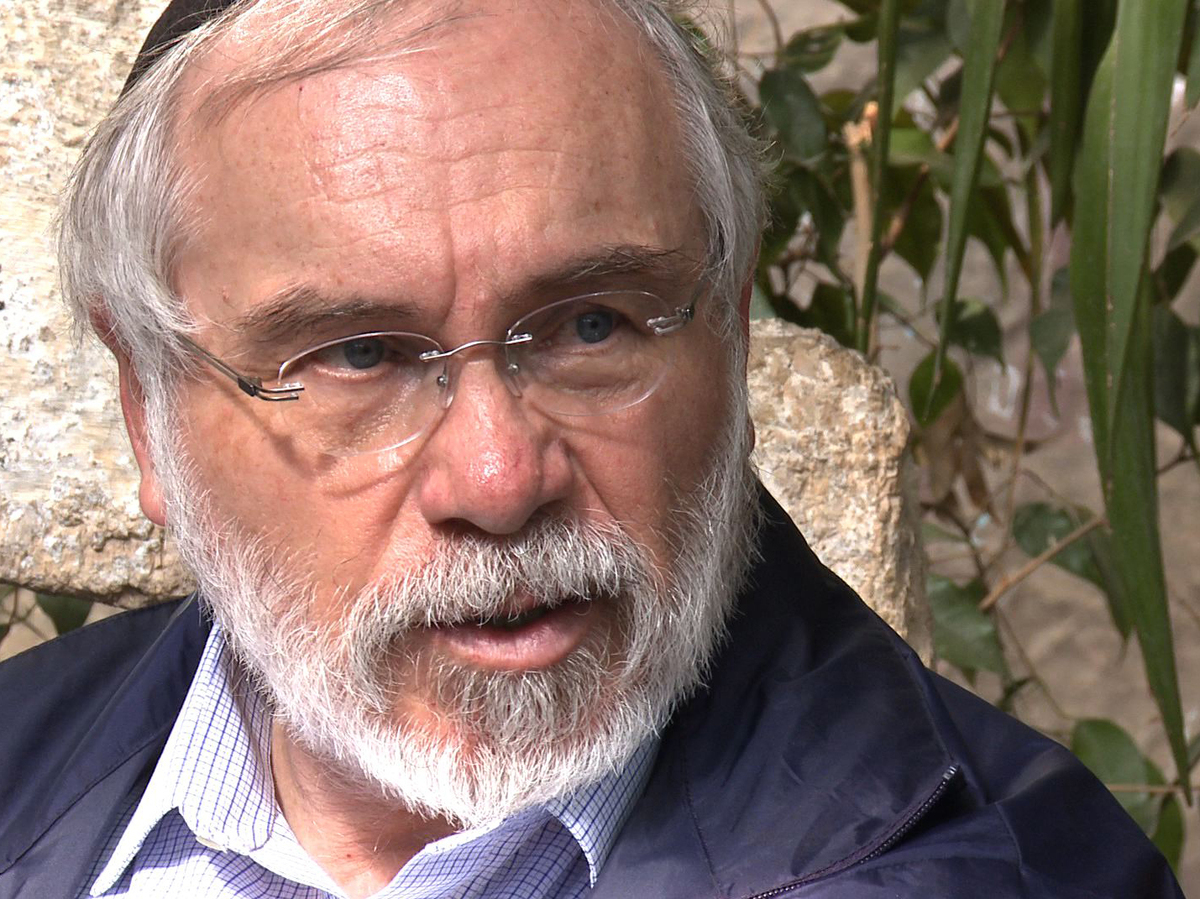 Menachem Daum visits Lifta in an effort to understand the situation in The Ruins of Lifta.

Earlier this year the New York-based filmmaker Oren Rudavsky released (with Joseph Dorman) Colliding Dreams, a fair-minded history of the Zionist ideal. The film documented the tension between Zionism as both a response to the mass persecution of Jews, and a catalyst for endless bloody conflict between Israeli Jews and Palestinians who fled or were expelled from their homes in the 1948 Israeli-Arab War, when Israel declared independence.

Now comes a new documentary from Rudavsky and his longtime collaborator Menachem Daum about the efforts of an Israeli-Arab coalition to save the ruins of a now-empty Arab village from being demolished by Israeli developers. By turns inspiring and dispiriting, The Ruins of Lifta offers a muscular example of ability of documentaries to make the political intensely personal. More painfully, it's also a case study in the limits of benign intention.

Rudavsky and Daum are Jews with a long history both of commitment to Israel and to peace with the Palestinians. On the one hand, these dueling allegiances usefully complicate oversimplified perceptions of perpetual Israeli-Palestinian enmity. We learn that during the Ottoman Empire, Jews and Arabs lived together mostly in peace in the territory then known as Palestine. Then came the pogroms and the Holocaust in Europe, and Jews flocked to Palestine seeking to create a homeland for themselves. To the hundreds of thousands of Arabs who fled or were expelled from their homes, the events of 1948 are called the Nakba, which means "catastrophe" in Arabic.

How one refugee people's dream turned another people into refugees is made agonizingly specific in the fate of Lifta, a beautiful hillside village strategically situated near the northwestern entrance to Jerusalem and now targeted for a luxury housing development. Lifta was one of hundreds of Arab villages that lost its residences during the 1948 war, but it's the only one that hasn't been torn down or taken over by Israeli Jews. Many of its residents wound up in the West Bank, but some still live nearby in Jerusalem. Daum, who guides us through the protest in which he is also a partial player, is a mild-mannered Orthodox Jew who seems scripted for conciliation. His participation, he explains, is a way of trying to reconcile two colliding narratives that have shaped his consciousness and his conscience: The Holocaust, which killed many of his Polish forebears and turned his adored charismatic uncle into a relentless warrior for Israel, and the Nakba. He seeks out Yacoub, an articulate, impassioned Arab activist whose family was thrown out of Lifta when he was a small boy.

Yacoub wants the village to remain as it is to preserve the memory of injustice. A natural orator who doesn't mince words, he distills the conflict to its essence. "You suffered. Why make us suffer?" he asks Daum. Their partnership is always uneasy, and matters come to a head when the Arab members of the coalition pointedly fail to show for a planned joint cleanup of the damaged cemetery. On both sides, the rage and frustration are palpable. Ever the peacemaker, Daum arranges a meeting between Yacoub and his elderly friend Dasha, a Holocaust survivor and ardent Zionist. She wants to talk Holocaust; Yacoub wants to talk Nakba. It's hard to get them to listen to one another even when they walk arm in arm through what's left of Lifta. They come to an uncomfortable truce, and the coalition, led by Palestinian lawyer Sami Arshid, wins a temporary stay of demolition from an Israeli court. UNESCO has designated the ruins a World Heritage Site, but practically speaking, their fate hangs as much in the balance as a lasting Middle East peace.

The Ruins of Lifta is one of a number of recent films — among them Budrus, Bil'in My Love, and 5 Broken Cameras — that bear witness to the rise of non-violent resistance in the region. All are Israeli-Arab collaborations; most are funded with Israeli money; and the Palestinian protests come supported by Israeli peaceniks. That's important to know — as is the graphic reminder in all these films that solidarity without institutional change (for the Palestinians, an end to occupation) will only go so far. Toward the end of The Ruins of Lifta, an Israeli historian none too gently chides a visibly chastened Daum that his efforts to help are "better than nothing" but also an act of chutzpah. To his credit, Rudavsky keeps the camera running.