Accessibility links
A Korean Celebrity Couple Kidnapped By Kim Jong Il: 'The Lovers And The Despot' The fascinating tale of a South Korean movie star and director kidnapped in the 1970s is dutifully recounted in a documentary that fails to explore several lingering questions. 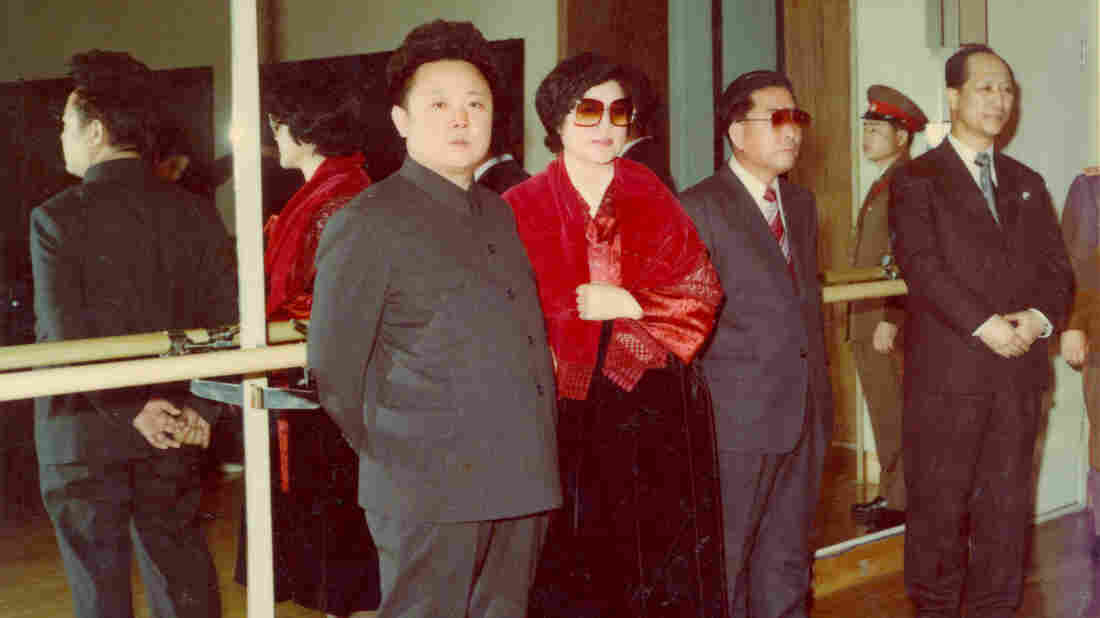 Not So Lonely Anymore: (from left) Kim Jong Il, Choi Eun Hee and Shin Sang Ok in The Lovers and the Despot. Magnolia Pictures hide caption 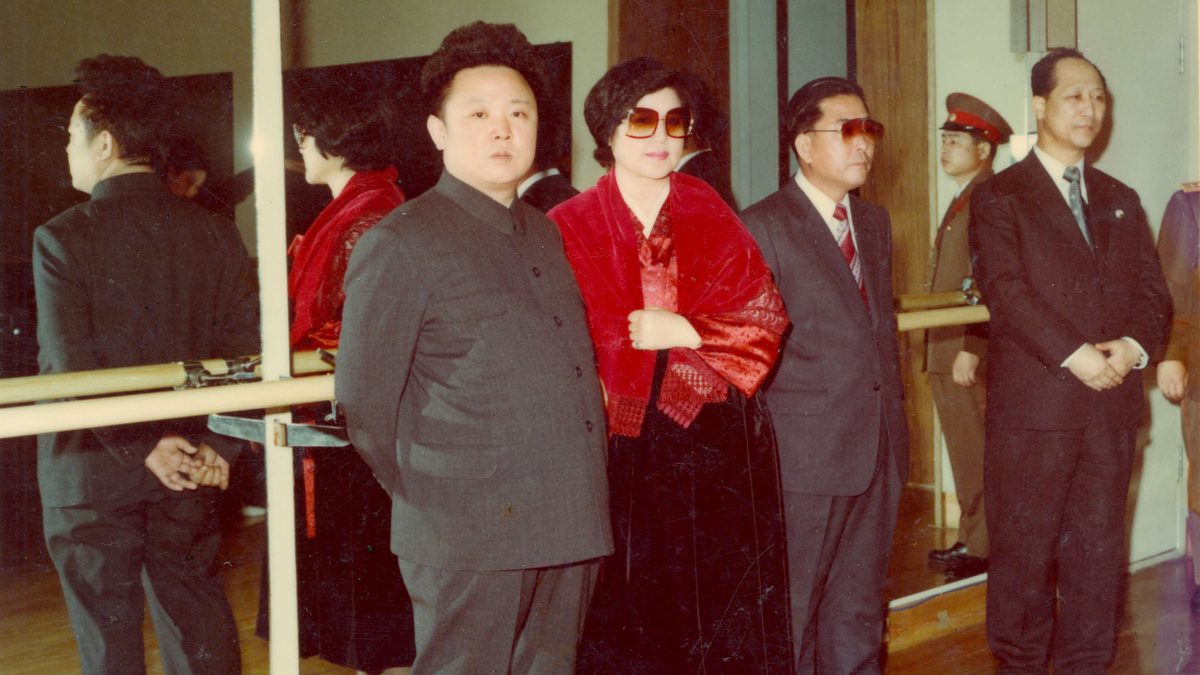 Not So Lonely Anymore: (from left) Kim Jong Il, Choi Eun Hee and Shin Sang Ok in The Lovers and the Despot.

In the 1960s, Choi Eun Hee and Shin Sang Ok were South Korean cinema's first couple. She was a movie star, he was an acclaimed director, and life with their two young children was considered glamorous. Then things got complicated.

Shin had two kids with a younger actress, and his financially struggling production company was shuttered by the government. He and Choi divorced, and in 1978 the actress vanished. Later the same year, Shin also disappeared.

Next stop, North Korea. Choi was kidnapped from Hong Kong on the orders of dictator-in-waiting Kim Jong Il, a movie buff who hoped his country's films could become more mainstream and entertaining.

Shin was also snatched from Hong Kong, it seems, although his story is murkier. The Lovers and the Despot, British filmmakers Rob Cannan and Ross Adam's documentary, capably recounts the main facts of the case, but doesn't illuminate its darker corners.

For those unfamiliar with Choi and Shin, this is a lively introduction. The film follows the abductees to Pyongyang, where they eventually became a couple again. The movies they made in the North are largely unknown elsewhere, but one has become something of a cult item: Pulgasari is a Godzilla-like flick about a monster that grows bigger from eating iron. It's anti-war and anti-authoritarian, Shin has said.

Choi and Shin became members of Kim Jong Il's inner circle, although the actress initially had an easier time than her ex-husband, who spent more than four years in a prison where grass was a large part of his diet. (Kim Jong Il told Shin his jailing was a "misunderstanding.")

The two captives were allowed to travel for film festivals. That enabled them in 1986 to visit Vienna, where they made a sprint for the American Embassy.

They came to the U.S. bearing gifts: Choi had secretly taped conversations with Kim Jong Il, a man who didn't deliver public speeches. The West's North Korea-watchers had never even heard his voice. Now The Lovers and the Despot's viewers can hear it, too.

The couple landed in Hollywood, where Shin directed one and produced four movies in the Three Ninjas kiddie-action series, under the name Simon S. Sheen. Then came a return to South Korea, where Choi still lives. Shin died in 2006.

Although Cannan and Adam filmed re-enactments of some real-life spy-movie moments, they rely on primary sources wherever possible. The couple's adult children are interviewed, and the movie relies heavily on Choi, who's now 89.

Her recollections aren't second-guessed, even when she says that in North Korea Shin made 17 movies in less than 2 1/2 years. When I interviewed Shin in 2005, he said there were seven, which is the generally accepted number.

Perhaps because the filmmakers couldn't interview Shin, the movie doesn't attempt to untangle his knotty story. Many Koreans doubted he had been kidnapped, although that was based largely on circumstantial suspicions of disloyalty: Shin was born in what became North Korea, and studied in 1940s Japan, when Korea was a Japanese colony. He was an admirer of postwar Japanese films, which were banned in South Korea.

In 1978, South Korea was not a democratic country, and some of Shin's problems there were political. When he disappeared, the KCIA (what is now known as South Korea's National Intelligence Service) was a suspect. Still, there's no evidence that Shin went voluntarily to the North.

If Shin remains something of missing person in The Lovers and the Despot, it's apt that the film focuses on Choi. She was an actress, after all, and the film suggests that successfully playing the role of Kim Jong Il's pal was the role of her lifetime.