Accessibility links
A Feel-Good Chess Movie Keeps Sentimentality In Check: 'Queen Of Katwe' A Disney film about a Ugandan girl who becomes a chess champion hits familiar beats but evinces a nuanced understanding of extreme poverty and the societal forces that reinforce it. 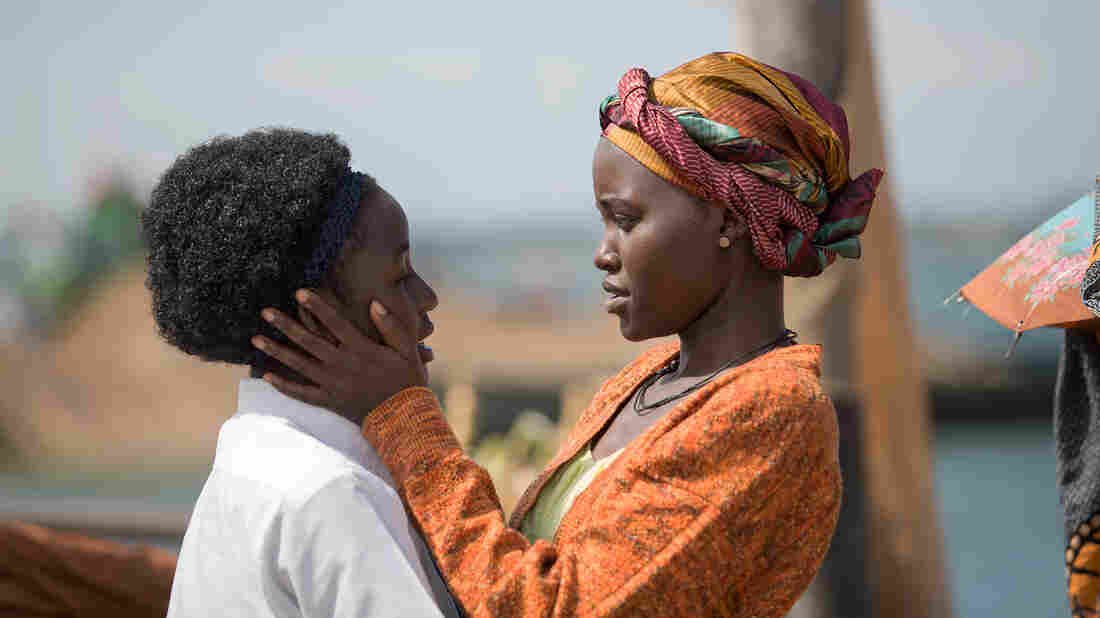 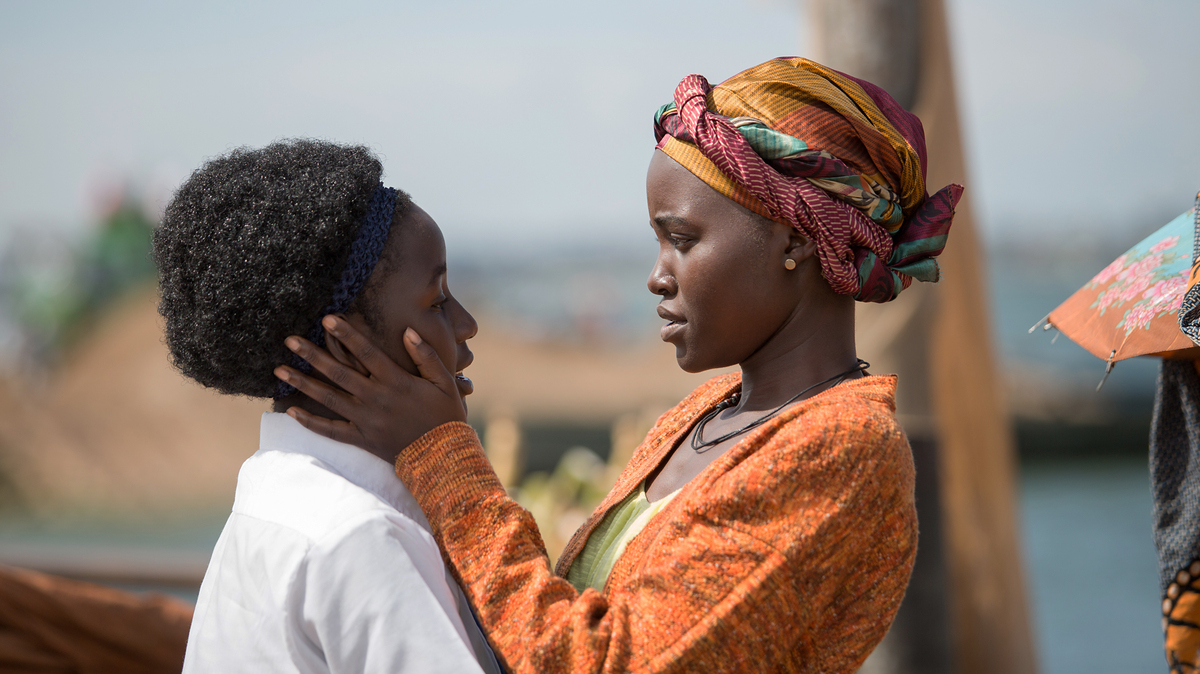 Back in 1988, Indian-American director Mira Nair burst onto the scene with her debut feature Salaam Bombay!, a ground-level portrait of Bombay street kids that brought the qualities of Italian neorealism — and its key successors, like Satyajit Ray's "Apu Trilogy" — to a nascent American independent scene. With her new film Queen of Katwe, Nair comes full circle, at least in the sense that she's again addressing the perils of extreme poverty and the resilient children who withstand it. The difference is a matter of scale: Salaam Bombay! was a shoestring production, with an authenticity enforced by the casting of actual street children; Queen of Katwe is a Disney production, adhering closely to the formula of other inspirational sports movies.

There's no question that the feel-good elements of Queen of Katwe naturally work against its picture of the Ugandan slums, adding a studio gloss that takes away from any claim to authenticity. But seen from a more generous angle, Nair works hard to emphasize the hand-to-mouth hardships of a family whose long-term hopes are squelched by the short-term fight to survive another day. She hasn't made Salaam Bombay!, but she hasn't sold out, either: Through the true story of Phiona Mutesi, a junior chess champion from a poor neighborhood in Kampala, Uganda's capital city, Nair insistently pleads for awareness not only of African poverty, but of the patterns that reinforce hopelessness and despair.

Based on a book by Tim Crothers, a former senior writer at Sports Illustrated, Queen of Katwe catches up with Phiona (Madina Nalwanga) as a nine-year-old living with her widowed mother Harriet (Lupita Nyong'o) and two younger siblings. (A fourth, her eldest sister Night, has taken up with an older man against their mother's wishes.) Phiona is illiterate, having dropped out of school to hawk vegetables on the street, but she takes up an interest in chess and proves herself to be prodigiously good at it. With the help of missionary Robert Katende (David Oyelowo), who's set up a chess club at a local church, Phiona develops her skills and gets the opportunity to play some matches on the road.

It's here that Queen of Katwe opens up to surprising complications. As she works toward junior master status in Uganda and beyond, Phiona gets to fly on airplanes for the first time, visit top-flight private schools and universities, and see parts of the world she would never have expected to visit in her lifetime. Her confidence wavers in the face of more experienced players, but her determination is steadfast enough to push her through tournaments and eventually surpass her coach's skill at the same. Katende's wife teaches Phiona to read and the couple works on covering her tuition at a quality school. All she has to do is win The Big Game, per Disney rules, and everything will be great, right?

Not necessarily. What sets Queen of Katwe apart from other inspirational stories of its kind is that Phiona's dreams are a double-edged sword. Katende is showing her the possibilities of a world she didn't know, much less had access to, and Harriet rightly worries about what might happen to Phiona if the rug is pulled out from under her. While Phiona's gifts have brought her this far, there may be limits to how far chess can carry her and there may be opportunities for Katende and his wife that would deprive her of benefactors. From such great heights, the fall back into poverty would be devastatingly precipitous.

Such considerations are a meaningful accent on a Disney production that otherwise plays by the rules, with crowd-pleasing victories and bits of comic business, and an approachable, family-friendly tone. To that end, Oyelowo, an actor best known for playing Martin Luther King, Jr. in Selma, brings a more animated brand of charisma to Katende, who understands the vulnerabilities of his young charges and knows how to lift their diminished spirits. The coach/father-figure type is familiar to underdog stories like Queen of Katwe, but the role is usually played by white men — think Kevin Costner in McFarland USA or Jason Sudekis in Race — and have the whiff of paternalism. Oyelowo is a savior of a different color.

Queen of Katwe is a series of small victories where a large one isn't possible, a paint-by-numbers scenario with enough flourishes in the margins to make a difference. It isn't Salaam Bombay! — it can't be Salaam Bombay! — but the same sensibility is present, insisting on a deeper social context than the material demands. Families will come away with the requisite cheer, but they'll understand one part of the world a little better, too.