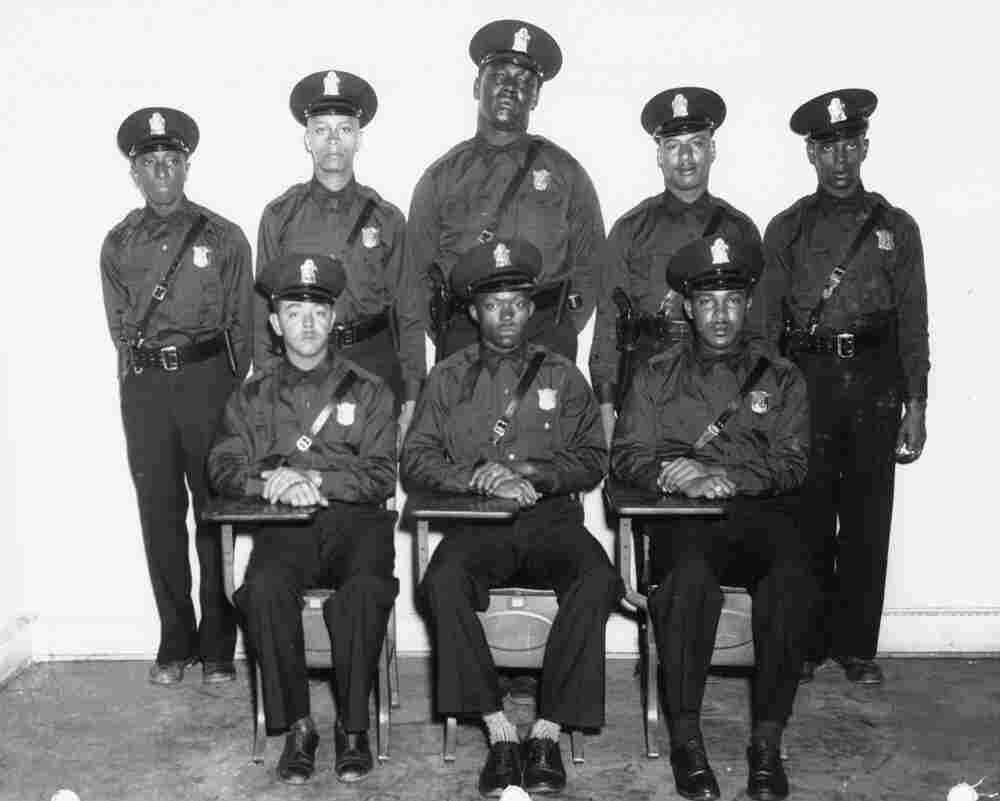 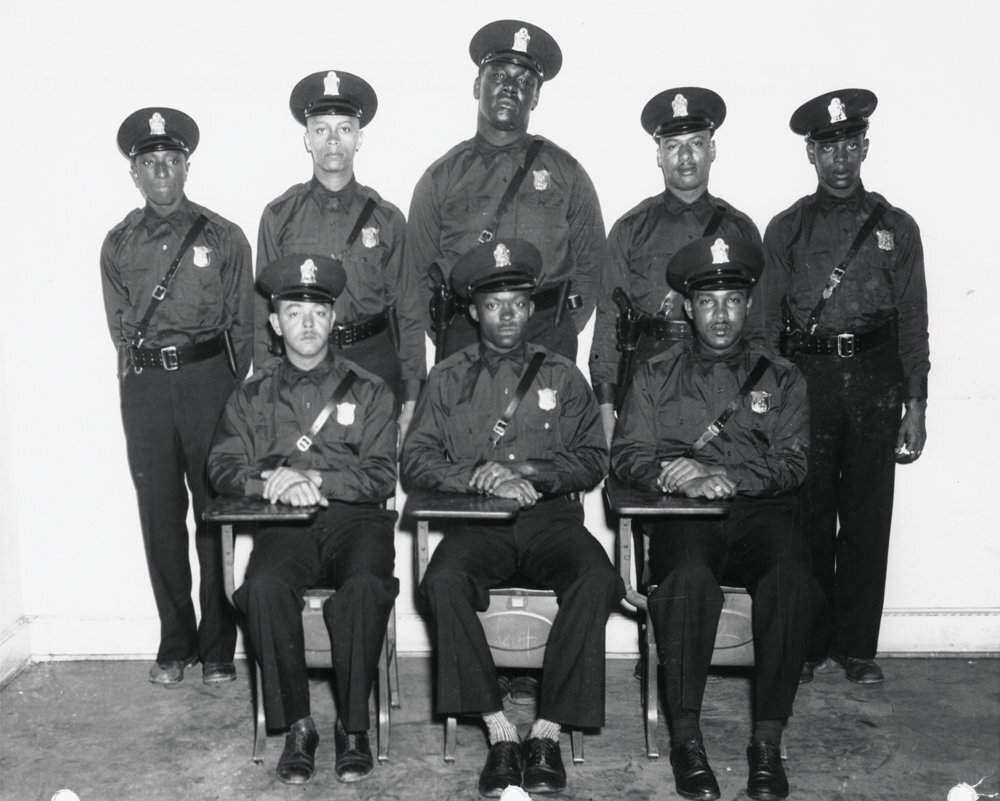 In 1948, eight African-American men joined the Atlanta police force. They could not drive squad cars, step foot in police headquarters, or arrest white citizens. They are the inspiration for Thomas Mullen's new novel, Darktown.

In 1948, Atlanta added eight black men to its police force. This was at a time when, as author Thomas Mullen explains, a 1947 Newsweek article "estimated that one-quarter of Atlanta policemen were, in fact, members of the Ku Klux Klan."

Those pioneer police officers were the inspiration for Mullen's new novel, Darktown, a blend of history, mystery and violence that explores racial tensions in post-World War II Atlanta.

Today, the city is known as one of the most progressive in the South. Proudly dubbed "The City Too Busy to Hate," it never erupted into the racial violence that made other large Southern metropolises infamous.

But the city wasn't too busy to keep its African-American citizens in their assigned "place." Small wonder that the decision to incorporate a handful of black rookies into the APD caused such uproar.

Knowing there would be stiff, maybe violent, resistance to the rookies' presence, Chief Herbert Jenkins assigned them a separate space. Instead of working from police headquarters, the black officers, under the oversight of a white captain, were relegated to the basement of the local "colored" YMCA. "The mayor and police chief of Atlanta were worried that if black men in uniform showed their faces in headquarters, the white cops would riot and attack them," Mullen says. 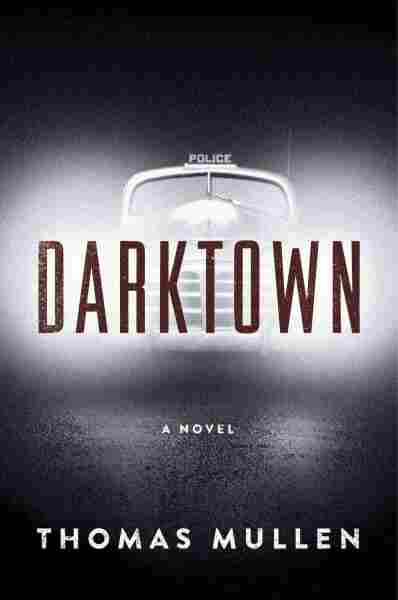 The eight were sometimes likened to the police equivalent of Jackie Robinson, who'd made national headlines the year before as the first African-American to play Major League Baseball.

And like Robinson, Mullen says, they worked under incredible restrictions. They had to ignore racial taunts and abuse. They couldn't let their tempers flare. They were issued guns and badges — reluctantly — but they couldn't do much with them.

"They could only patrol the black neighborhoods; they weren't supposed to set foot in the white parts of town," Mullen says. "They couldn't drive squad cars; they had to walk their beat with a partner."

And perhaps worst of all, they couldn't arrest white people, Mullen explains. Even when crimes were committed right in front of them, the black rookies had to call for white assistance.

In the beginning of Darktown, a young black woman is killed, and two of the new policemen — against orders and on their own — decide to investigate her death. Mullen says being both black and a policeman was sometimes agonizing; these men walked a razor-thin line.

They're second-class citizens as black men in the Jim Crow South. ... But at the same time, they're also authority figures, and they have to enforce the laws of the city of Atlanta and the state of Georgia.

"On the one hand, they're second-class citizens as black men in the Jim Crow South: They couldn't ride in the front of the bus, they couldn't eat in most restaurants," he says. "But at the same time, they're also authority figures, and they have to enforce the laws of the city of Atlanta and the state of Georgia."

And a lot of those laws were racially biased. Upholding them didn't endear the rookies to some in their own community, who saw them as toothless sellouts, even as the city's black establishment celebrated them. That made rich material for Mullen's novel.

"I wanted to examine the psychological pressure these men must have been under, having to play two conflicting roles," he explains.

There are a few sympathetic white policemen in Mullen's book, but many of their colleagues neglect and abuse the people in Atlanta's black neighborhoods, which they derisively referred to as "Darktown." Whether those neighborhoods were privileged or poor, race made them all "Darktown" to the APD.

And, says Mullen, some of the tensions described in Darktown -- like the ability of white police to injure or kill black citizens with impunity without being charged or punished — sound disturbingly familiar.

"I started this book about four years ago. So I was pretty much done with the rough draft in the summer of 2014, when Michael Brown was killed, and Ferguson became the major news story," Mullen remembers. "Then Staten Island, then Baltimore, and Black Lives Matter. And suddenly race, and policing, was a major story in a way it hadn't [been] since, really, Rodney King, when I was a high school student." 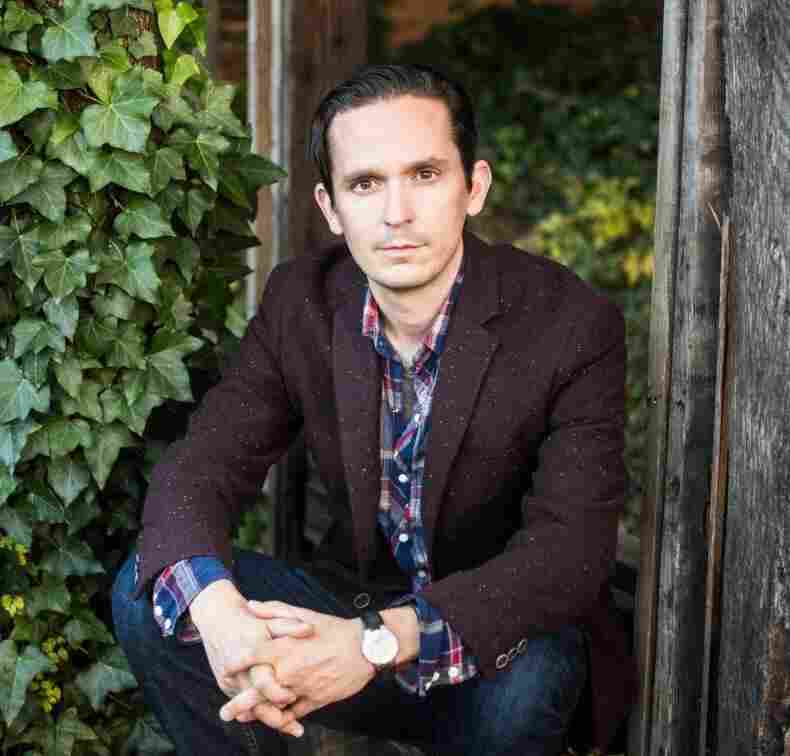 Thomas Mullen is also the author of The Last Town on Earth, The Many Deaths of the Firefly Brothers and The Revisionists. He lives in Atlanta. Jeff Roffman/37 Ink hide caption 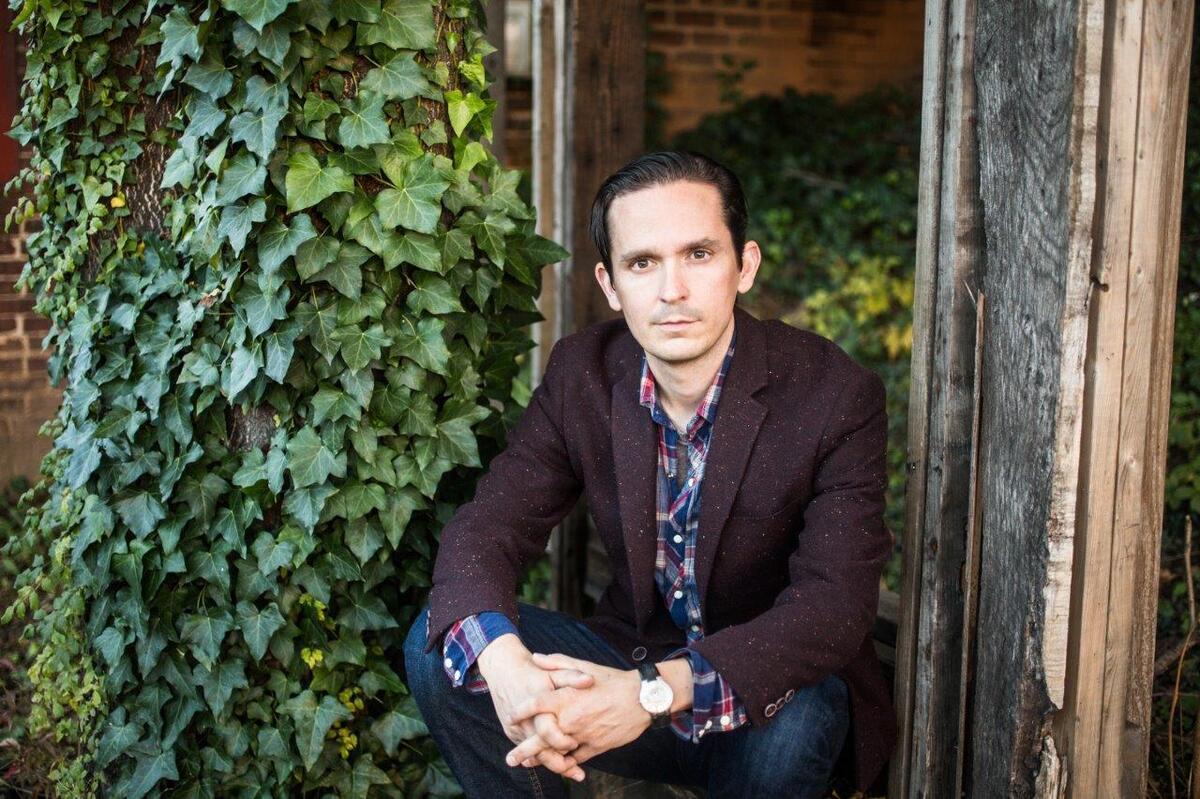 Thomas Mullen is also the author of The Last Town on Earth, The Many Deaths of the Firefly Brothers and The Revisionists. He lives in Atlanta.

The cyclical argument of who can tell whose story is also being debated again, part of a periodic cultural reassessment. That's why some speculated that Mullen's agent, Susan Golomb, circulated his manuscript without his name or photo attached. It was an unusual step, but Golomb is firm that she wasn't trying to avoid revealing Mullen's race. "I wanted people to see this as a fresh, literary genre kind of series book. The color of his skin had nothing to do with the anonymity at all."

(Spoiler alert: Mullen is white, a New Englander who has made Atlanta his home for several years. "I couldn't have done this 15 years ago," he admits. But having put down roots in Atlanta, having settled in and gotten to know the city and its people, makes a difference.)

Dawn Davis, at Simon & Schuster, is one of the most powerful black editors in the publishing industry. Davis' bid secured Darktown for her imprint, Ink 37. She says the blind submission didn't bother her.

"What that did was force me to read it just as a piece of literature," she says. "I couldn't look up what kind of reviews the author got. I couldn't look up anything about the author. What his previous books were, even — or if it were even a man. I had to just kind of read it, and explore it for what it was."

Police Strife Post Dallas Attack: Being Black As An Officer Is 'A Burden We Carry'

Police Strife Post Dallas Attack: Being Black As An Officer Is 'A Burden We Carry'

And what it was, was a tale about race, policing and corruption that was compelling enough to be snapped up by Hollywood — with star power aboard: Oscar winner Jamie Foxx is attached to produce the book as a TV series.

Mullen planned the Darktown saga as a progression. Moving forward, his heroes in the first novel will retire and be replaced by newer black police recruits in future books, as the story of Atlanta's racial coming-of-age moves into contemporary times.

The second book in the series should arrive in fall 2017.

Read an excerpt of Darktown