Accessibility links
4 Questions Hillary Clinton Faces Heading Into The First Debate Expectations are high for the Democratic nominee, but she needs to come across as authentic and relatable instead of just a policy wonk. 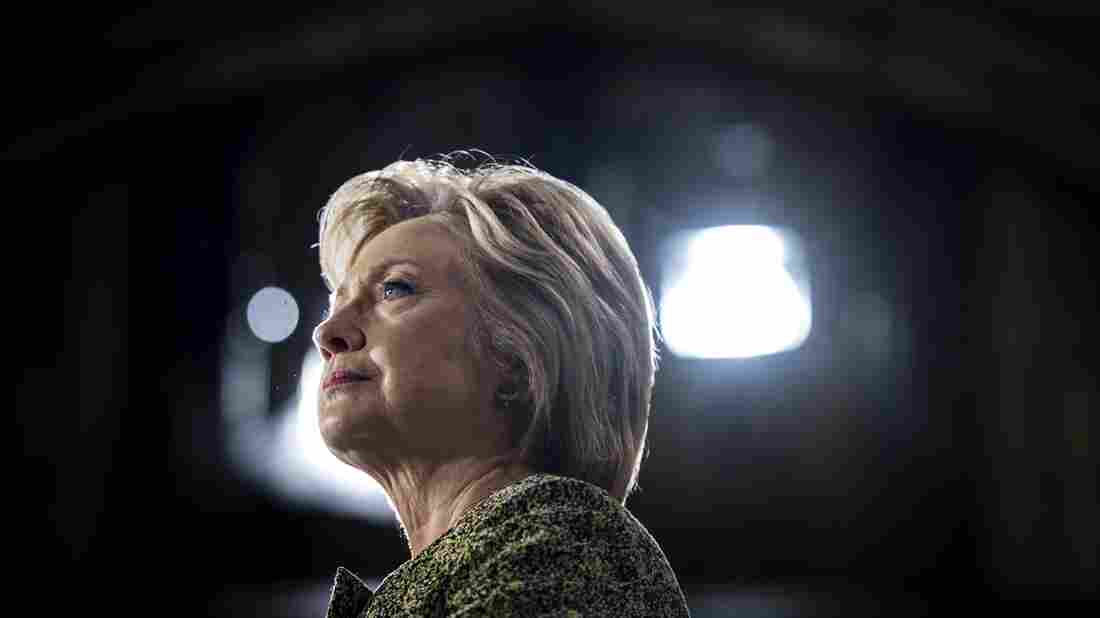 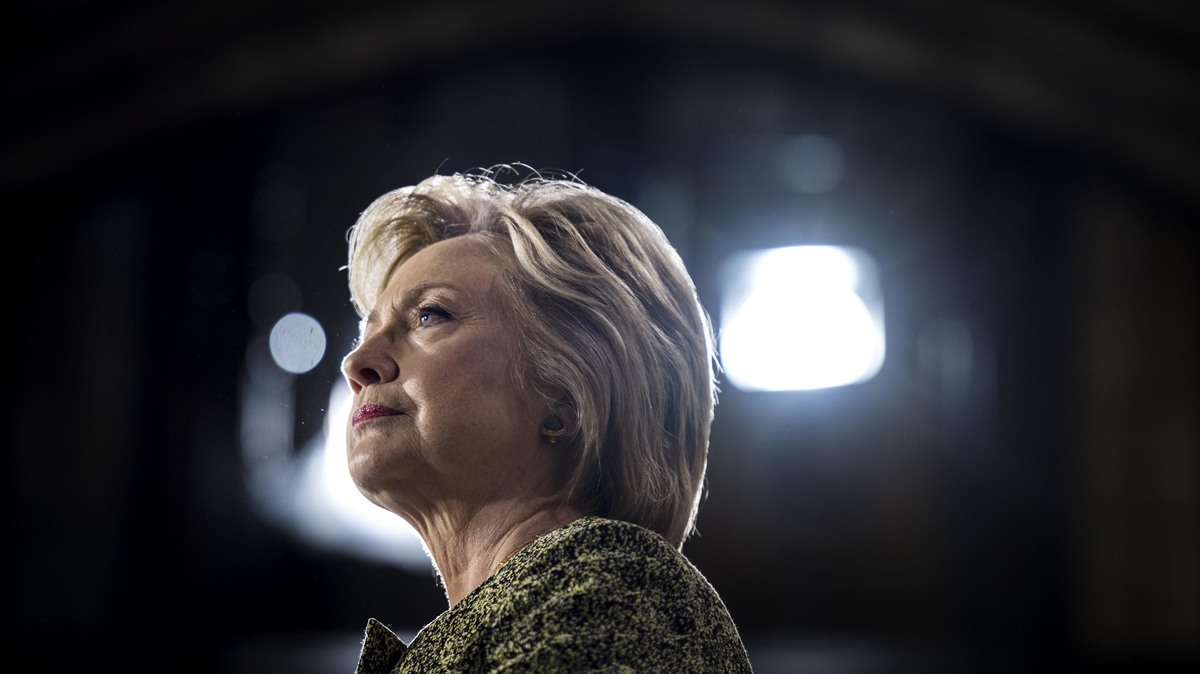 Hillary Clinton speaks to and meets voters at Temple University in Philadelphia on September 19.

Hillary Clinton and Donald Trump will be together on stage for the first time on Monday. Both candidates have a lot at stake when they meet at Hofstra University in New York for the first of three presidential debates, this one with moderator Lester Holt of NBC News.

Each has different opportunities and challenges in the debates. Here are four things Clinton will have to think about. We also looked at four things to watch for Trump.

Debate coaches say one of the biggest mistakes a presidential candidate can make is misunderstanding what a presidential debate is and is not. It's not a forum to score policy points (a Clinton strength). Instead, it's a contest of character and demeanor. Everyone knows that Clinton is knowledgeable and competent. Now, she needs to use the debate to show she's also authentic and relatable.

When I read about those giant debate books they're preparing for her, I cringe and worry. The smaller her debate book, the better off she'll be.

"When I read about those giant debate books they're preparing for her, I cringe and worry. The smaller her debate book, the better off she'll be," said Sam Popkin, who's prepped four Democratic candidates for debates and played Ronald Reagan in Jimmy Carter's debate prep sessions.

Popkin said Clinton needs to come prepared with clean, simple "first sentences" instead of trying to litigate Trump on the facts and details.

Ultimately, debates are performance art. Body language matters. No one remembers what policy points Al Gore made in his first debate against George W. Bush. But they do remember the "lies, sighs, and rolling eyes" that led to the consensus that Gore had lost the encounter.

2. How does she deal with the burden of high expectations?

Clinton is an experienced debater. She's been on the national scene for 40 years. Polls show that voters expect her to "win" the debate. And those high expectations are bad for Clinton because she has the more difficult job on Monday night. The bar for Donald Trump is relatively low — he just has to show he's a plausible president, and not the outrageous, offensive character some voters see on the campaign trail. But she has to prove that she's more honest, trustworthy and likable than most voters think.

NPR Battleground Map: A Path To The Presidency Opens Up For Trump

Clinton's campaign hasn't even been trying to lower expectations, typically a time honored tradition before debates. Instead they've been pointing out what many Democrats say is a double standard — that Trump, as President Obama said recently, tends to be graded on a curve. Clinton, on the other hand, seems to get the tougher questions and the more intense grilling. Part of that is because she's been in public service so long and he's been a businessman. And part of it is just simply unfair, which brings us to the next question.

This will be the first time in history that a male and female candidate have faced off on a presidential debate stage. And like it or not, they will be judged differently. Gender communications research shows that men, when they are aggressive, are received positively. When women are perceived as aggressive, they are received negatively. And that puts Clinton in a bind, because as every political consultant will tell you, "If you're on defense, you're losing."

So Clinton has to stay on offense by showing a command of the issues, being calm, and rebutting Trump's attacks without getting angry or getting into the mud with Trump. As one Republican consultant put it, "if you mud wrestle with a pig, both of you get dirty, but the pig likes it."

Clinton needs to look calm, collected, and to be enjoying the debate experience even if deep down, she is not.

The Clinton campaign complained about criticism of the Democratic nominee for not smiling more during the recent commander-in-chief forum on NBC. That may be a double standard, but that's how voters perceive it. Voters like a happy warrior, particularly if the candidate is female.

"Clinton needs to look calm, collected and to be enjoying the debate experience, even if deep down, she is not," said veteran GOP debate coach Brett O'Donnell.

4. Do debates even matter?

Even though debates rarely determine the outcome of presidential elections they do make a difference. You can't win an election, in a debate but you can lose one (See: Gore, Albert or Bush, George H.W.).

They can also certainly add momentum to a race. And in a race this tight, they will matter a lot. After all, as many as 100 million people are expected to watch.