Accessibility links
AAA: Premium Gasoline Is A Waste Of Money For Many Drivers A study by AAA found 16.5 million Americans buy premium gas when their cars don't need it. Director of Automotive Engineering Greg Brannon says drivers waste money when they unnecessarily use premium. 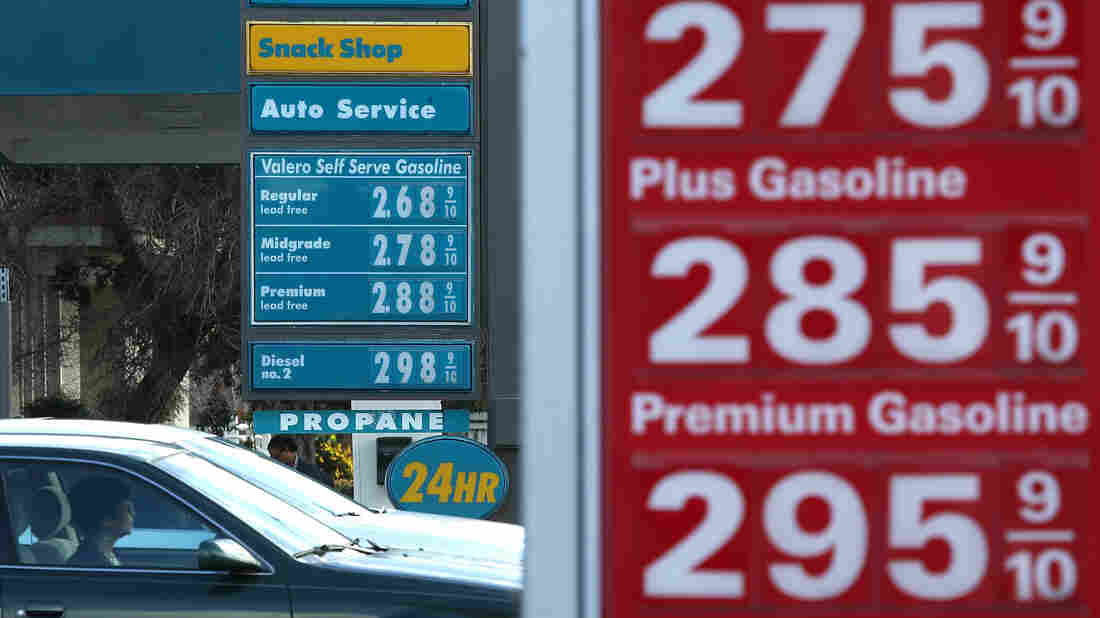 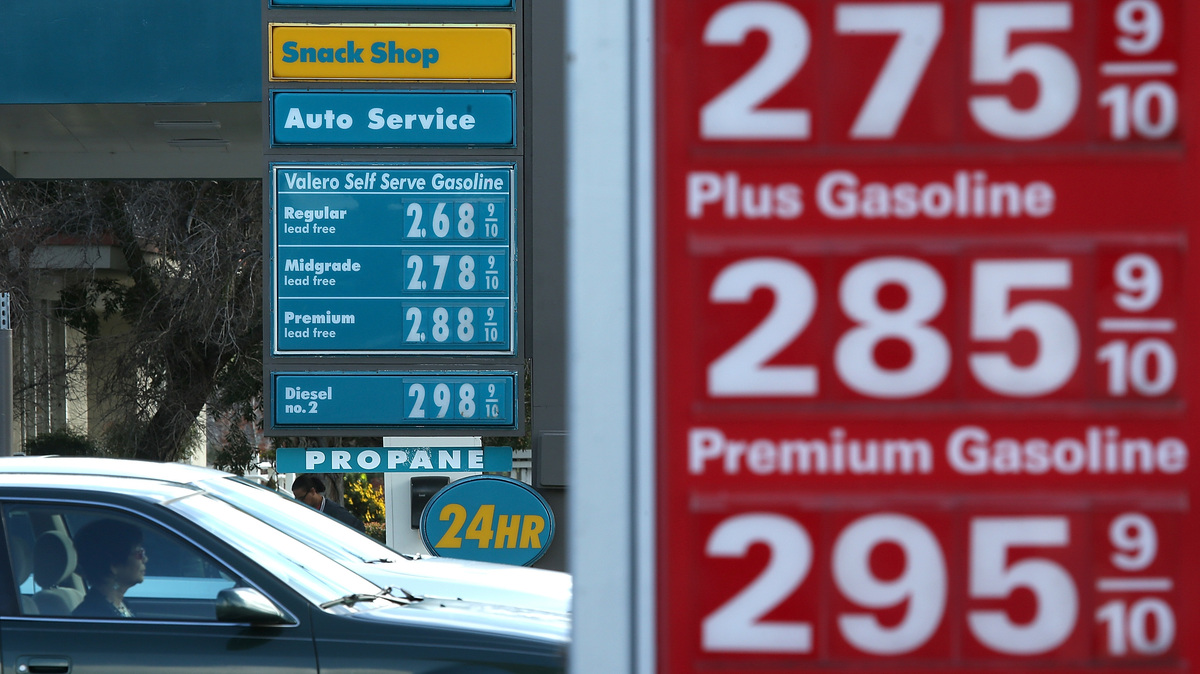 Drivers pass by gas prices that are displayed at Valero and 76 gas stations on Feb. 9, 2015, in San Rafael, Calif.

For American drivers filling up with premium at the gas station, AAA has a message for you: unless your owner's manual calls for premium, you're wasting your money.

More than 16 million Americans buy premium even though their cars don't need it, according to a new study released by AAA this week. The association found that premium gas does not improve performance or gas mileage in cars that only require regular-grade fuel.

American drivers wasted $2.1 billion in the past year by using premium gas in vehicles that didn't need it, the report says.

The study conducted in partnership with the Automobile Club of Southern California's Automotive Research Center tested regular and premium-grade fuel in cars with a V-8, V-6 or inline four-cylinder engine designed to run on regular gas. The tests found no significant increases in horsepower or fuel economy, or any significant decrease in emissions, when using premium fuel, AAA Director of Automotive Engineering Greg Brannon tells NPR's Robert Siegel.

"We used something called a chassis dynamometer, dyno for short, which is more or less a treadmill for a vehicle," Brannon says. "Through some very specific tests following EPA guidelines ... we were able to very scientifically quantify the difference — or in this case, the lack of difference — in both performance, emissions and fuel economy as a result of placing premium in a vehicle that is only calling for regular fuel."

"The difference is really related to its ability to prevent detonation, or that knocking sound that you hear in the engine from time to time," Brannon says. "Those of us that are old enough to remember cars that didn't have the advanced technology that they do today will remember a time when that was much more prevalent. But really the higher the octane, the better the gasoline is at resisting that detonation or pre-ignition."

U.S. Gasoline Use Hits A Record, But That May Not Last

The study found that drivers who unnecessarily used premium gas did so at least once per month. Brannon says this practice may come down to simple marketing of gasoline.

"I think it comes down to simply the naming — premium," he says. "You put 'premium' on the pump, and the consumer's likely believe that it is a premium product over the others that they have available to them, and therefore, are making that selection."

While there's no advantage, Brannon says that drivers who unnecessarily use premium gas aren't harming their cars.

"The only damage is to their wallet," he says.