Accessibility links
A Cartoonist Confronts The Power Of His Pen In 'Reputations' Juan Gabriel Vásquez's new novel centers on a respected and feared political cartoonist whose past comes back to haunt him after he receives a threatening letter. It's a powerful, concentrated work.

A Cartoonist Confronts The Power Of His Pen In 'Reputations'

A Cartoonist Confronts The Power Of His Pen In 'Reputations' 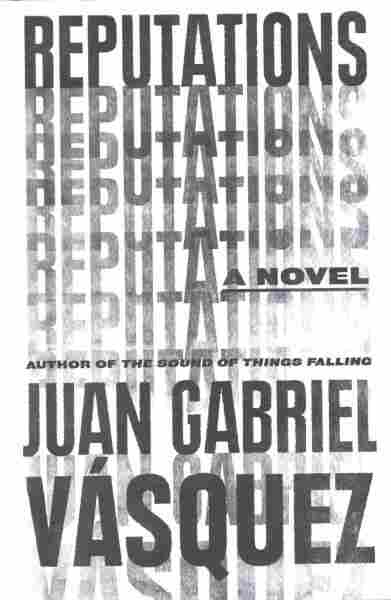 After Juan Gabriel Vásquez won the IMPAC Dublin literary award in 2014 for his novel The Sound of Things Falling, the English-speaking world came to know what Latin American readers had already understood for some time: That Vásquez, whose fiction is a stark contrast to the dizzyingly fantastical stories American audiences had come to associate with Colombian literature, was a sign of something new and urgent — something steeped in the rawness of human existence.

Vásquez has spent his life bouncing around from France, Belgium, Barcelona, the United States, and Colombia. He is a transient of sorts, an artist bound only to his creation, someone who thrives off the feeling of "not really belonging somewhere." And yet, his books seem to belong everywhere. There's an air of permanence in his writing, a certain cruelty and lucidity that, while it speaks to the larger world, bears the weight of his homeland's troubled history.

His new novel Reputations, translated by Anne McLean, focuses on the relationships between art and politics, love and memory, and the motivations that underly those relationships. Javier Mallarino is a respected — and feared — political cartoonist, a satirist who has spawned many enemies and admirers through his work at the newspaper El Independiente. Mallarino's politics have long fueled his attacks, often putting his family in danger in the process. In his mind, he is Colombia's moral compass, a sort of necessary and guiding light that can never be bought, bribed, or manipulated by political pressure.

But one day, after receiving an alarming letter calling him an "UNPATRIOTIC LIAR," paranoia begins to settle in. "We know where you live and where your daughter goes to school," the letter reads; a friend of Mallarino's comments wryly that "you're nobody in this country until somebody wants to hurt you."

Early in the novel, Mallarino is invited to the prestigious Teatro Colón where his life's work will be honored in the company of powerful people. Of course, he refuses the bulletproof Mercedes the government offers to send, choosing to take his own vehicle. "He wanted to arrive at his own apotheosis on foot, approach like everybody else," free from the power of privilege and tributes. At the ceremony, to Mallarino's surprise, they announce that they will be putting his likeness on a stamp.

"Life is the best caricaturist," he says in his acceptance speech. "Life turns us into caricatures of ourselves."

One of the temptations in Reputations — given Vásquez's larger-than-life treatment of his main character — is to dismiss the fact that a newspaper satirist could exert so much influence on a country. But post-Charlie Hebdo, Mallarino's status feels like a worthy plot device. What's odd in Mallarino's case, however, is how he has become somewhat part of the establishment he is infamous for criticizing with impunity.

...line for line Vásquez is a penetrating force, and the most pressing Colombian writer today.

The novel takes a turn when, on the night of the reception, Mallarino meets Samanta Leal, a young woman claiming to be a reporter interested in an interview. A meeting is arranged: Samanta will visit Mallarino at his home in the mountains in Bogotá.

While there the next day, she confesses to a deception; she's been to the house before, as a little girl attending a party, and with Mallarino's daughter Beatriz had gotten innocently drunk from the grownups' wine. "I need you to jog your memory," Samanta urges him. What follows is something of a hunt to find the wife of a congressman who may have assaulted Samanta at the party. This event, and the details of what occurred that day, inform much of the remainder of the book.

Vásquez is a fine writer, in some ways an even better technician than Gabriel García Márquez, Colombia's best-loved son. Those who would consider that statement pure sacrilege are likely bringing sentimentality into the equation, recalling only the singularity of One Hundred Years of Solitude. But that aside, line for line Vásquez is a penetrating force, and the most pressing Colombian writer today.

I'd have loved to see Vásquez delve deeper into some of the consequences of art imitating life, where, in his words, "opinions have their effects." But Reputations is a powerful, concentrated achievement. It makes clear that our memories, and even the things we've forgotten, can come back to haunt us and make us question the true cost of our actions.