Accessibility links
Newspaper Endorsements Matter Most When They're Unexpected The New York Times endorsed Hillary Clinton on Saturday, but an endorsement that came the day before from a smaller paper may matter more to its readers, for the simple fact that it was unexpected.

Newspaper Endorsements Matter Most When They're Unexpected

Newspaper Endorsements Matter Most When They're Unexpected 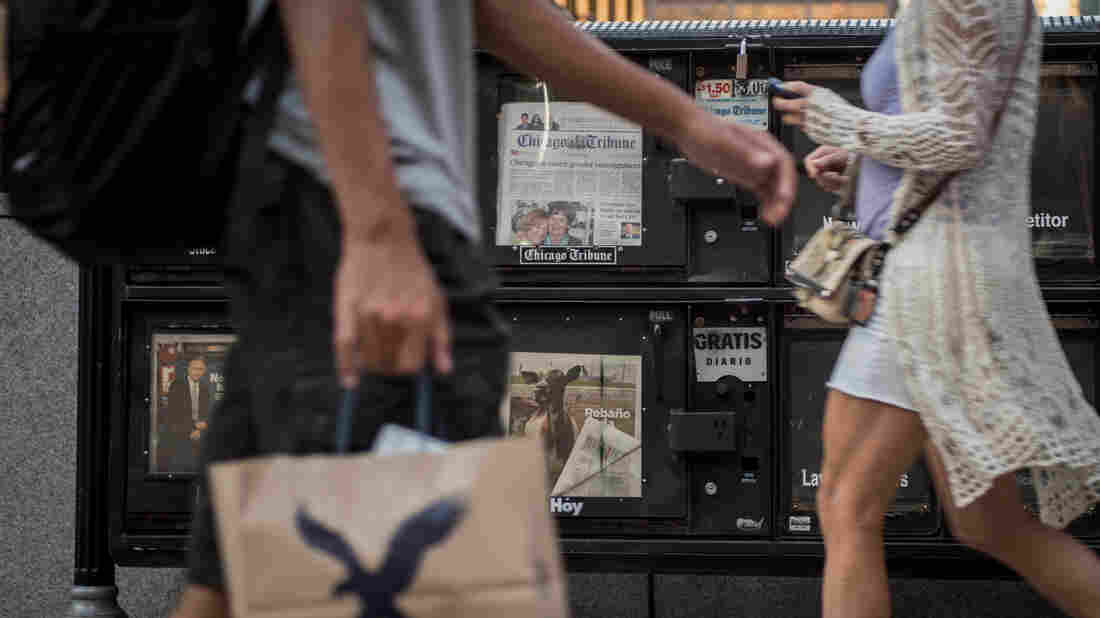 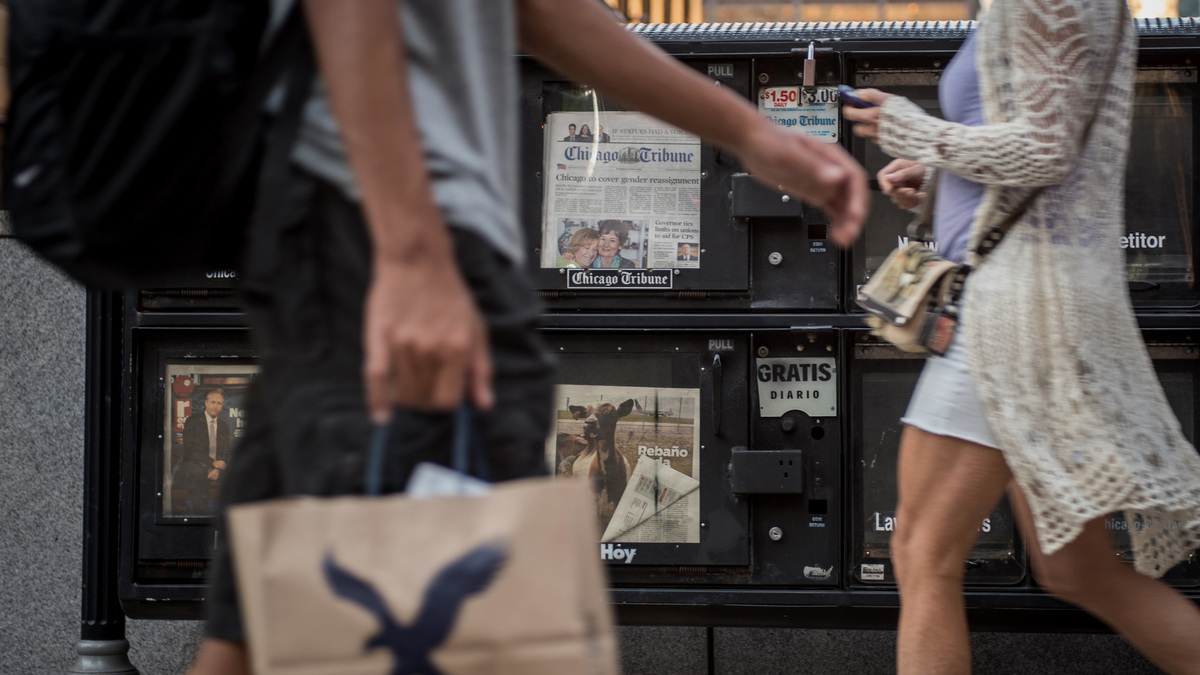 Pedestrians pass copies of newspapers for sale in Chicago, Ill., on Aug. 7, 2015.

The New York Times editorial board endorsed Hillary Clinton for president on Saturday, saying their reasoning was "rooted in respect for her intellect, experience and courage."

"The best case for Hillary Clinton cannot be, and is not, that she isn't Donald Trump," the board wrote, before citing its reasons why Clinton is better suited to the presidency than her opponent.

The endorsement is not exactly surprising. The editorial board at The New York Times has not endorsed a Republican presidential candidate since President Eisenhower in 1956.

What is surprising? Some of the Times' company this election year.

Several newspaper editorial boards that have traditionally, some almost faithfully, gone for the Republican candidate have endorsed the Democratic nominee this time around.

In its first Democratic endorsement in a century, The Cincinnati Enquirer endorsed Clinton on Friday. The last Democrat the board supported was Woodrow Wilson in 1916.

"Hillary Clinton has her faults, certainly, but she has spent a lifetime working to improve the lives of Americans both inside and outside of Washington," the board wrote. "It's time to elect the first female U.S. president – not because she's a woman, but because she's hands-down the most qualified choice."

"This newspaper has not recommended a Democrat for the nation's highest office since before World War II — if you're counting, that's more than 75 years and nearly 20 elections," the board wrote.

Also in Texas, The Houston Chronicle endorsed Clinton in late July, saying that to choose Donald Trump "is to repudiate the most basic notions of competence and capability." Although the newspaper's board endorsed President Obama in 2008, it traditionally has endorsed Republican presidential candidates.

'New York Times' Editor: 'We Owed It To Our Readers' To Call Trump Claims Lies

Trump has yet to receive an endorsement from any major daily newspaper editorial board, although many newspapers have yet to publish an official endorsement. A few boards, like the ones at The Richmond Times-Dispatch and The Winston-Salem Journal, have endorsed Libertarian candidate Gary Johnson.

But do newspaper endorsements even matter?

In 2008, nearly seven in ten Americans participating in a Pew Research Center survey said that their local newspaper's endorsement had no effect on who they voted for, regardless of who the paper picked. The rest were split between saying it made them more likely and less likely to support a candidate.

But a 2011 study pointed out one scenario where a newspaper editorial board may make a difference: when a newspaper bucks its own tradition.

In that study, Democratic endorsements from conservative papers seemed to have more influence than a Republican endorsement from that paper would, and the same concept applied to left-leaning papers endorsing conservative candidates.

In the case of the 2016 election, it seems The New York Times may actually have less influence on its readership than The Cincinnati Enquirer, at least when it comes to endorsements. And the Enquirer is in a swing state.