Accessibility links
Millennials Want To Be Entrepreneurs, But A Tough Economy Stands In Their Way Millennials admire startup founders and revere self-employment, new survey findings show, but they're worried about debt and wary of starting businesses in an unforgiving economic environment. 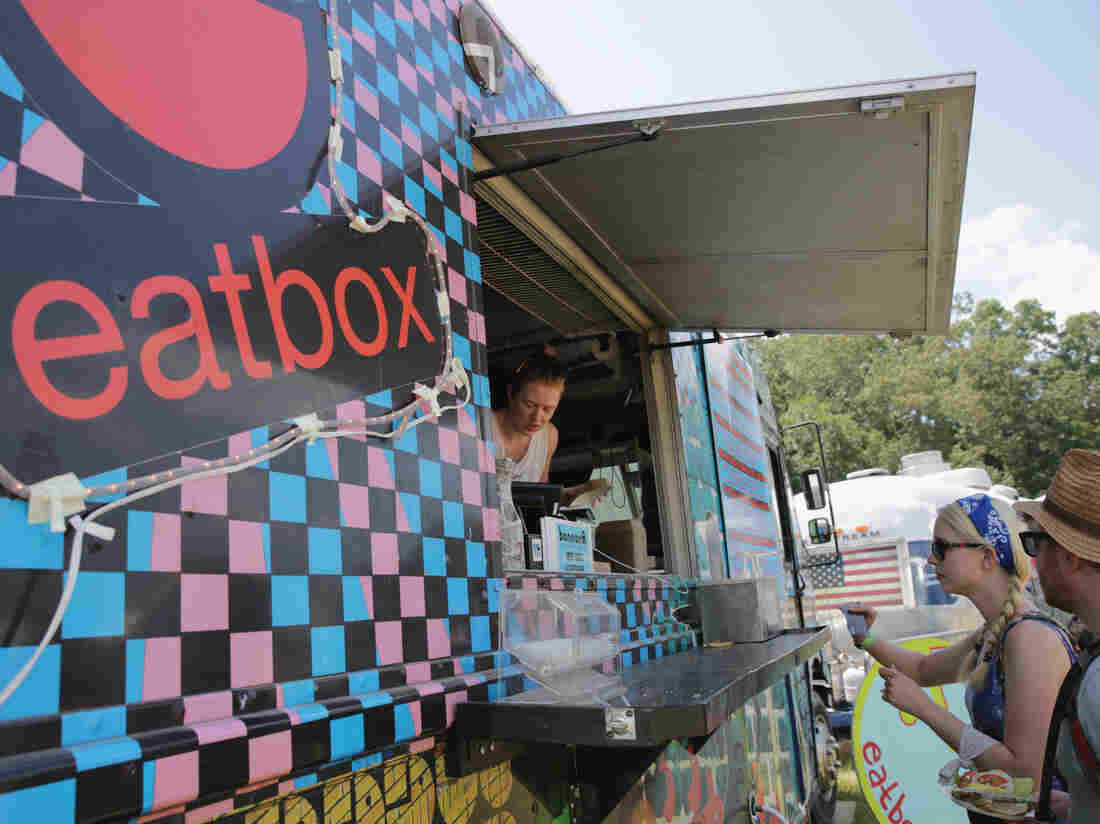 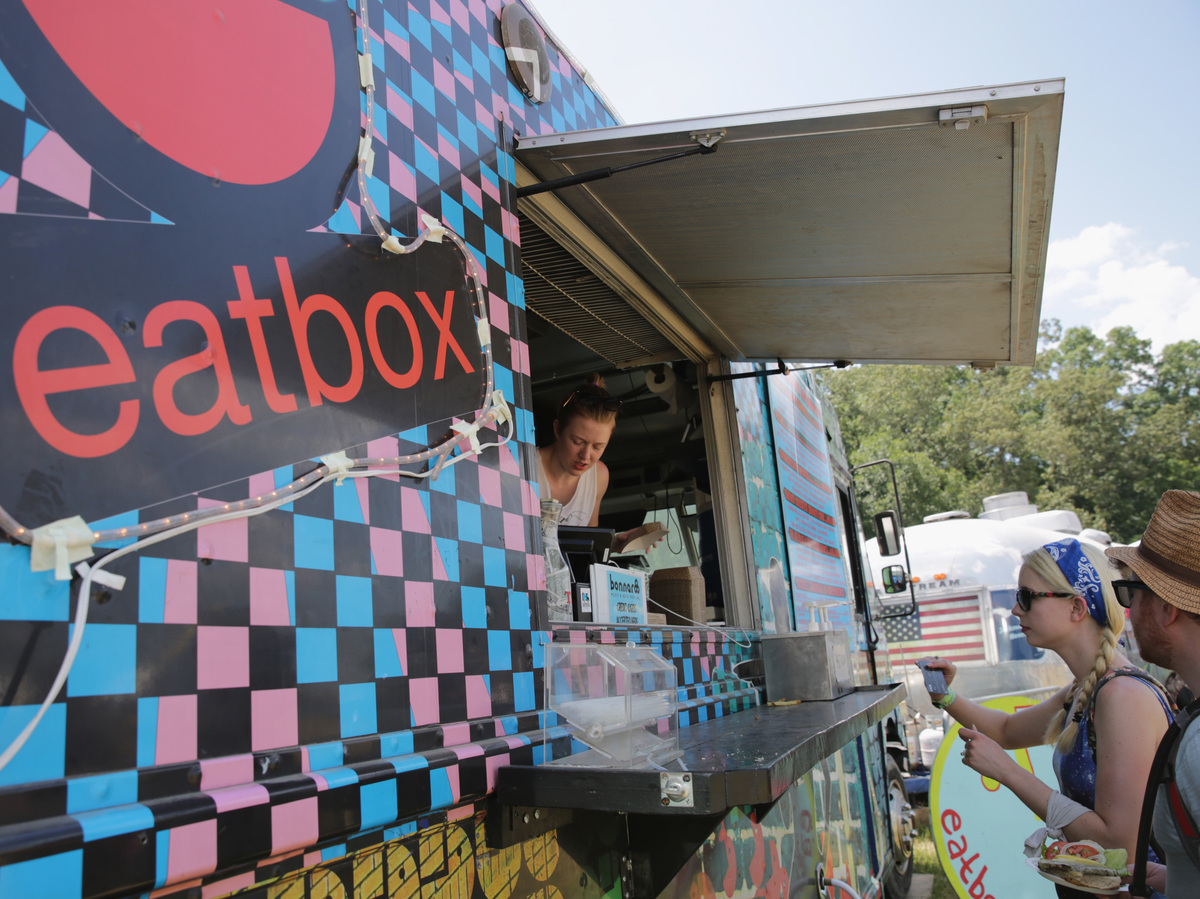 Festival goers order from a food truck during the Bonnaroo Arts And Music Festival on June 11, in Manchester, Tenn. Food trucks embody the startup culture but a new study suggests millennials are wary of starting businesses because of economic hardships.

"Millennials are on track to be the least entrepreneurial generation in history," EIG co-founder John Lettieri told the U.S. Senate Committee on Small Business and Entrepreneurship earlier this year. Millennials admire startup founders and revere self-employment, the new survey findings show, but they're wary of starting businesses in an unforgiving economic environment.

With hordes of young people selling homemade clothing on Etsy, driving for Uber and opening food trucks on every corner, and with a much smaller group founding influential tech companies, this generation embodies the spirit of a "startup culture."

And yet, according to a study by the Small Business Administration, less than 2 percent of millennials in 2014 were self-employed, compared with 7.6 percent of Generation Xers and 8.3 percent of baby boomers. This suggests that millennials are failing to start businesses. And in 2015, the Brookings Institution reported steady declines in new business formation over the past decade. According to research by the Kaufman Foundation, young people accounted for 23 percent of new entrepreneurs in 2013, down from 35 percent in 1996. Clearly, millennials are failing to live up to their "entrepreneurial" reputation.

The EY/EIG survey data implicates financial barriers as the culprit of this failure to launch.

A whopping 42 percent of respondents cited insufficient financial means as the biggest obstacle to starting a business. According to the report, millennials make less money and have higher levels of debt than previous generations. Fifty-three percent of respondents have student loan debt or are expecting to take on student loan debt in the future. And most of them worry about their ability to pay loans back. High levels of debt make it difficult for young people to save for retirement or obtain credit to start a business.

The report also suggests that financial insecurity has increased risk aversion among millennials. Only 22 percent of respondents believe starting a company would be the best way to advance their careers. Today's young people see launching startups as too risky given their cash-strapped reality.

"While they truly respect entrepreneurship, they worry that they will not be able to overcome the significant financial and regulatory hurdles associated with starting a business," says Kate Barton, EY Americas vice chair of tax services.

Other notable takeaways of the survey include: