Accessibility links
It May Not Cost You More To Drive Home In A Climate-Friendly Car It has been a common belief that low-emissions vehicles, like hybrids and electric cars, are more expensive than other choices. But researchers at MIT have found otherwise. 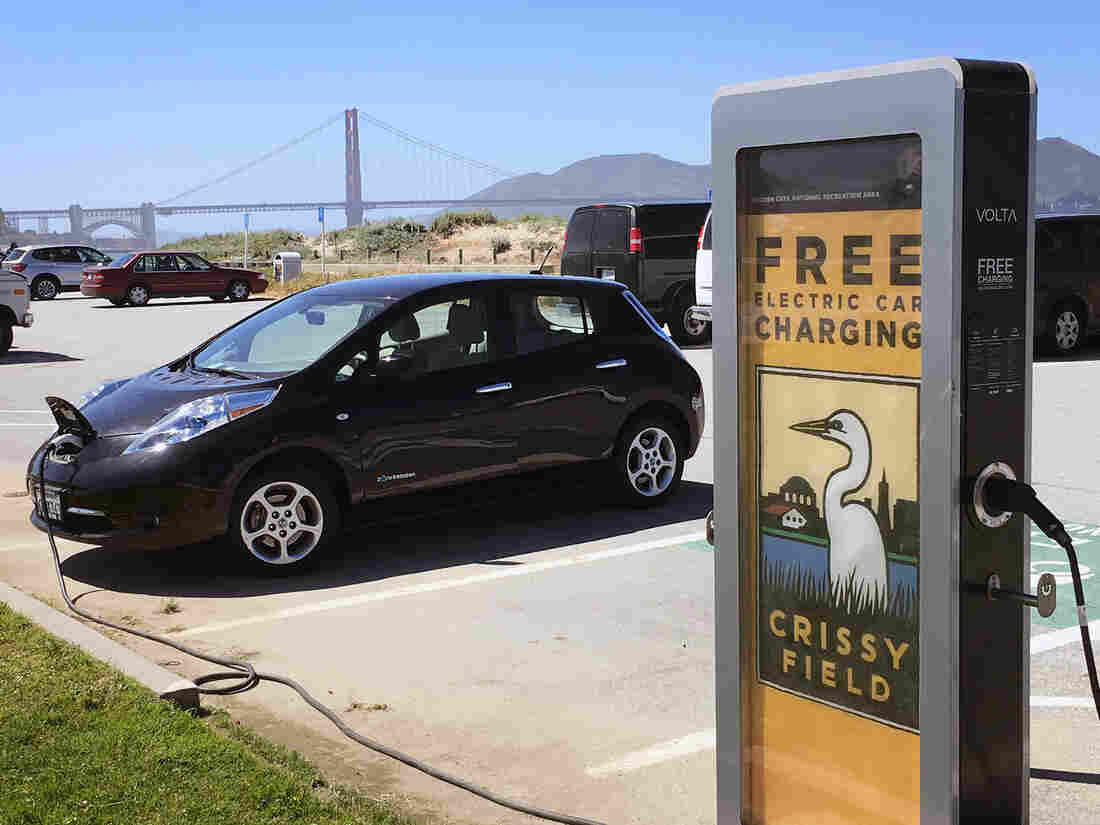 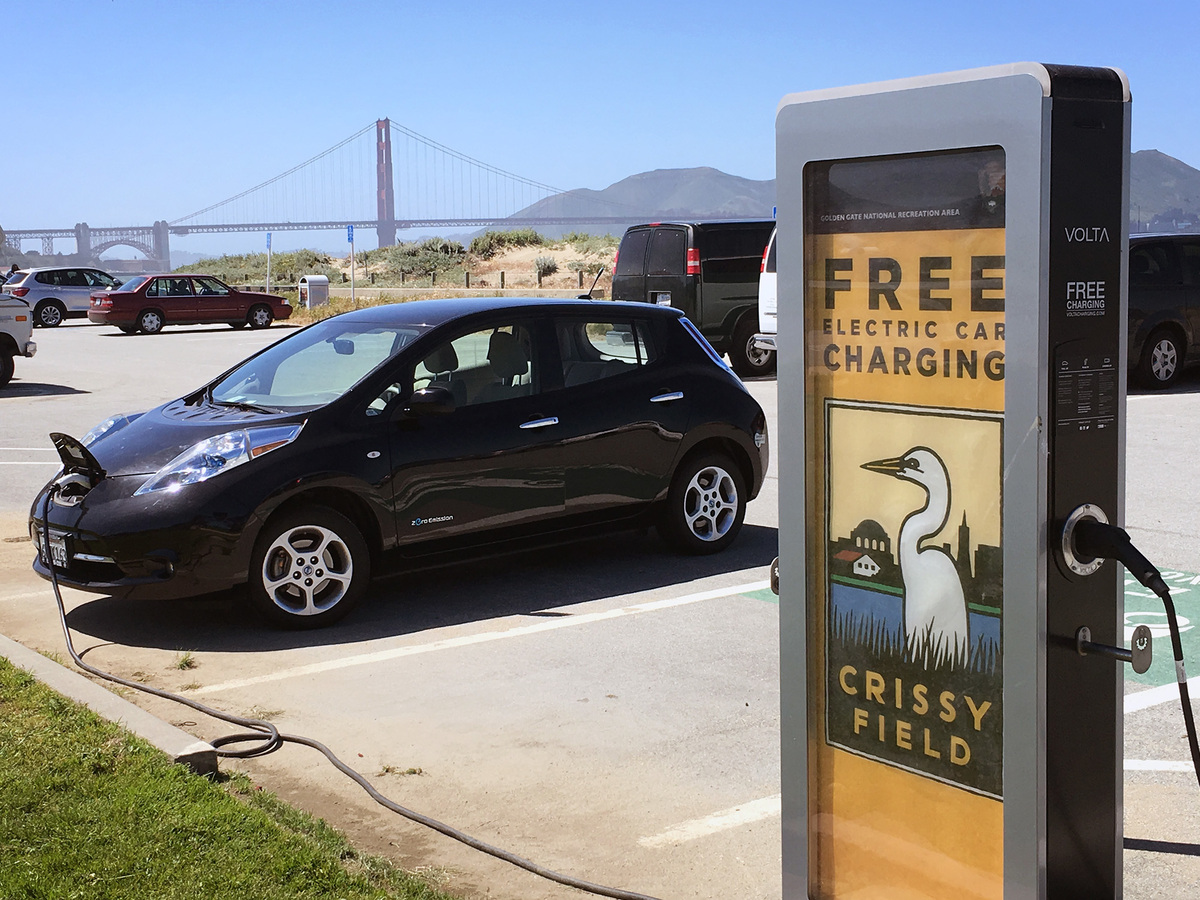 Researchers at MIT found that many hybrid and battery-operated cars already meet the global emissions goals for 2030.

It has been a common belief that low-emissions vehicles, like hybrids and electric cars, are more expensive than other choices. But a new study finds that when operating and maintenance costs are included in a vehicle's price, cleaner cars may actually be a better bet.

The cars and trucks we drive are responsible for about a fifth of greenhouse gas emissions in this country. That's why Jessika Trancik, an energy scientist at the Massachusetts Institute of Technology, decided it was time to take a closer look at vehicle emissions.

"The question that we started with was, 'How do cars, how do personal vehicles, compare to climate targets?' " Trancik says.

She and her colleagues wanted to know which of the 125 most popular cars in the U.S. are both cost-efficient and climate-friendly.

This week, they published the results online and in an accompanying paper in the journal Environmental Science & Technology — with some surprising results about the cost of cleaner cars. 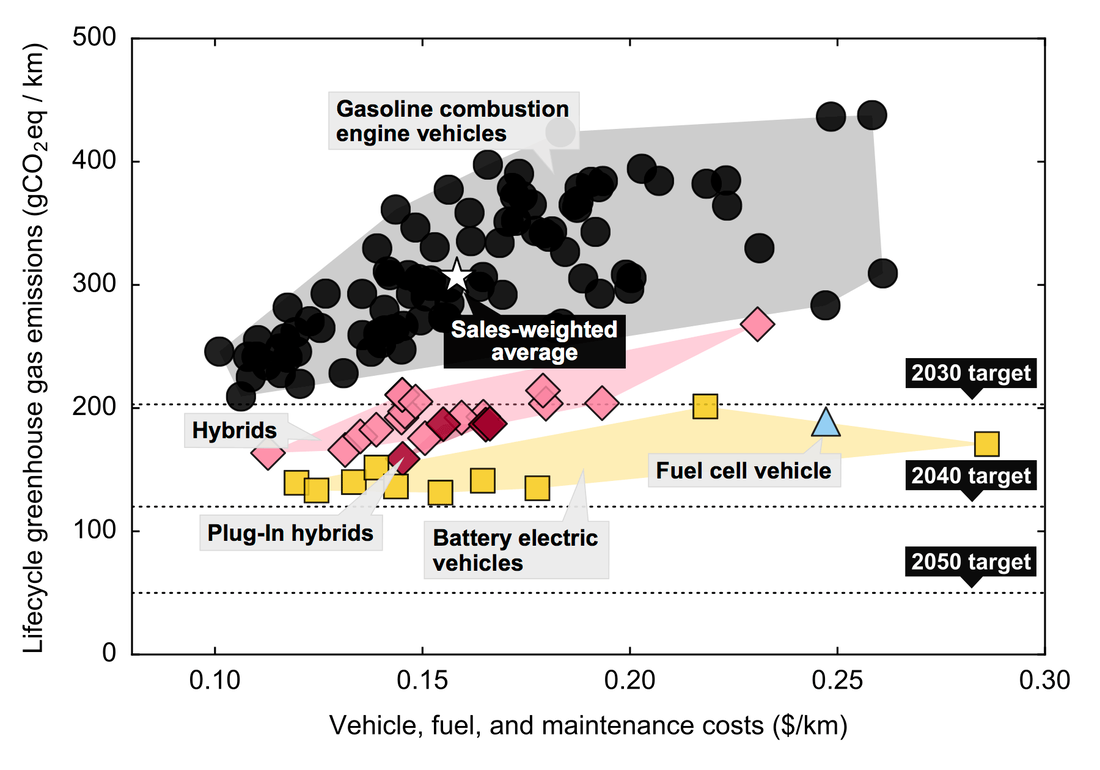 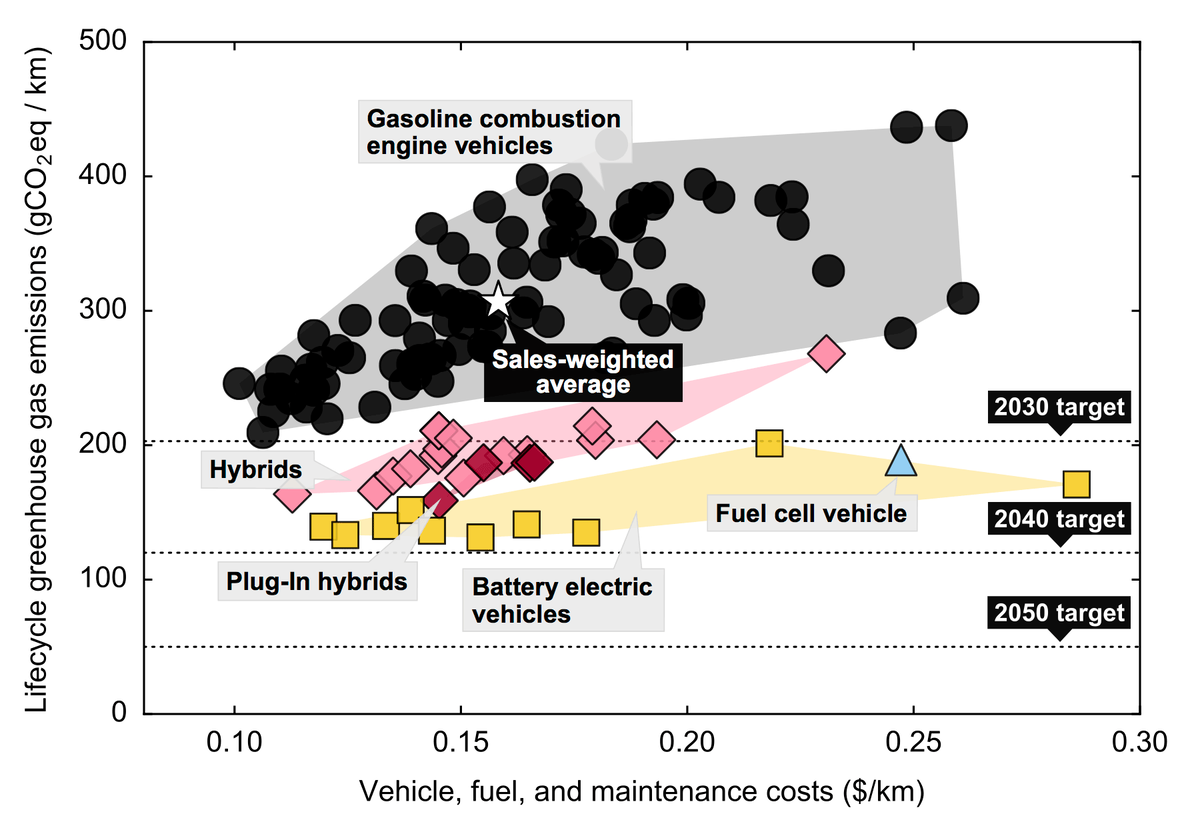 A new report charts the estimated costs and lifetime emissions of 125 popular cars against climate goals. Most hybrids and electric vehicles already meet emissions targets for 2030.

"You don't actually have to pay more for those lowest-emitting vehicles," says Trancik.

And they found that some cars on the market — most hybrid and battery electric cars — already meet the global emissions goals the U.S. recently agreed to meet by the year 2030. This group includes cars like the Ford Focus Electric, Chevrolet Volt, Nissan Leaf, Toyota Prius, Tesla Model 3 and BMW i3.

It's a sliver of good news, which is rare when talking about climate change.

But, says Trancik, "The average car sold is about 50 percent above the 2030 target. So, there certainly is a disconnect between the kind of cars people are buying and where we need to get by 2030."

The Chevrolet Suburban, for example, falls on the other end of the chart — with high lifetime costs and greenhouse gas emissions well above the American average.

And there's a bigger gap in terms of the goals set for 2050, says Chris Gearhart, who directs transportation research at the National Renewable Energy Laboratory in Colorado.

"I come to work every day because I think that getting greenhouse gas emissions out of the transportation sector is one of the most important things that we can work on," Gearhart says.

He says Trancik's work is exciting because it clearly shows how individual choices can make an impact.

"And you don't have to have a bank account that can afford a Tesla," he says.

But, he says, there's still a lot of work to do.