Accessibility links
A Legend Of Creepy Hollows: 'Miss Peregrine's Home For Peculiar Children' Tim Burton's latest is a dreamlike and visually striking fable; the presence of a satisfyingly eerie Eva Green keeps its overcomplicated story from sinking into muddled incoherence. 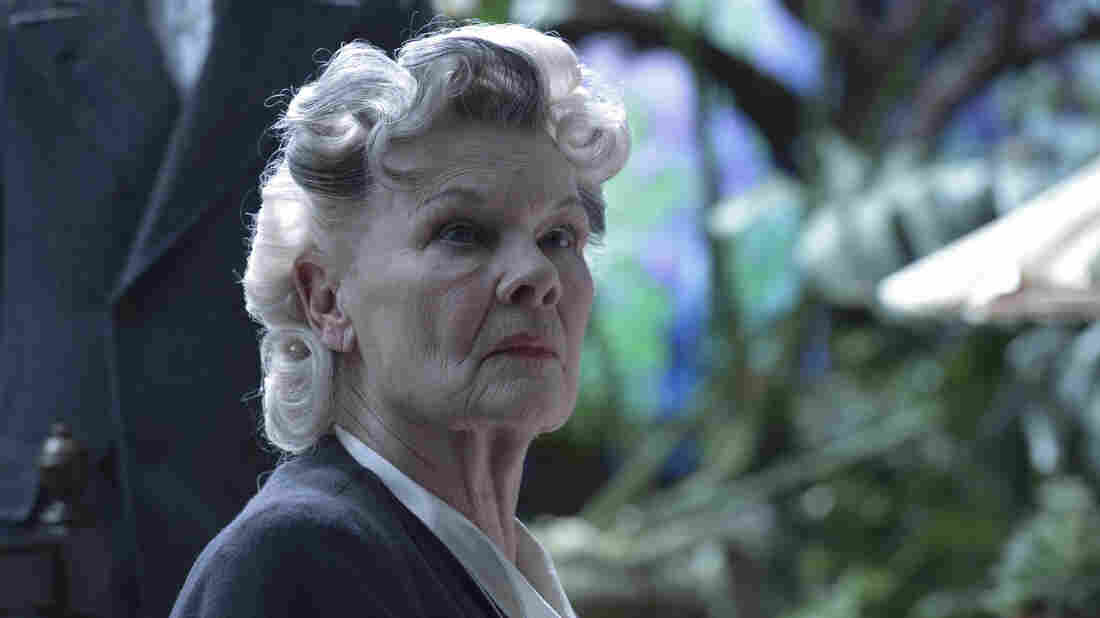 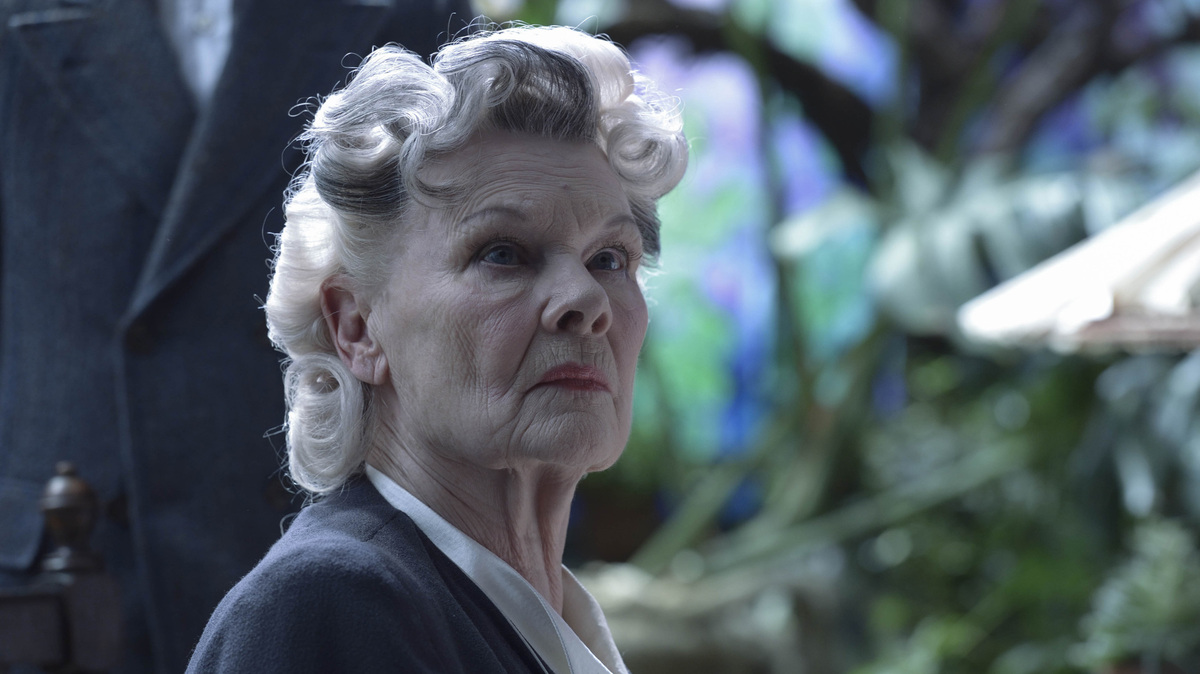 When did our expectations for Tim Burton movies sink so precipitously? We ought to be able to forgive the guy who made Ed Wood and Sleepy Hollow a Planet of the Apes now and then. Or even an Alice in Wonderland, so long as he keeps balancing mega-grossing mediocrities like that with heartfelt stuff like Frankenweenie, his delightful stop-motion ode to his dog. Any director who averages a studio feature every other year for three decades will have a stinker or two on his resume.

And yet somehow Burton's stock feels low enough to make the spooky, visually ingenious, oft-incoherent-but-in-a-dreamlike-way Miss Peregrine's Home for Peculiar Children feel like a win just because it isn't dreadful. Burton stages two or three striking set pieces, and otherwise builds as much of the movie as he possibly can around Eva Green's severe-but-solicitous performance as mysterious headmistress Miss Peregrine, a sort of hard-eyed Mary Poppins. Surely that's fair freight for your $12.

Everything that predates Ms. Green's arrival — even scenes featuring the great Terence Stamp, and, well, one scene with the great Allison Janney — is kind of a slog. The movie takes at least 15 minutes to get going, and its final third is as narratively opaque as any table-setting Marvel or DC flick.

But by then I didn't care that I couldn't tell you the stakes: Even before Burton dispatches a platoon of skeletons to fight a horde of eyeless, tentacle-tongued "hollowgasts" on a London pier — a clear homage to one of his heroes, pioneering stop-motion animator Ray Harryhausen — I'd surrendered once again to his gifts as peddler of surreal imagery. Burton uses archaic stop-motion techniques in addition to untold petabyes (or exabytes) of CGI, and the movie is never more entrancing than when a creepy babydoll armed with a chef's knife is fighting a crab. (To be fair, its two young human leads, Asa Butterfield and Ella Purnell, are quite animated and capable, too.) If you were to strip Guillermo del Toro's decade-old masterpiece Pan's Labyrinth of all its allegorical and emotional heft, Miss Peregrine's is more or less what you'd have left. Easy to watch, after that distended Floridian prologue, and easy to forget.

The movie is a liberal adaptation of a bestselling 2011 young-adult novel by Ransom Riggs, whose muse was a stack of "vernacular" (read: found) photos he'd collected at the monthly Rose Bowl flea market in Pasadena. Truly, the medium is the message: Jake, the 16-year-old hero of Riggs' story (Butterfield in the movie), is likewise dispatched on a quest by collection of faded photos—portraits of, um, peculiar-looking children. These belonged to his grandfather (Stamp), who has been telling Jake stories about their odd subjects since Jake was a child. He'd once lived with these kids at an orphanage in Wales, he said. One was lighter than air and had to wear lead shoes to prevent herself from floating away like a balloon. One had a hive of bees inside his chest, which would escape when he opened his mouth to speak or eat. One could briefly reanimate the dead using animal hearts.

Naturally, Jake has become more skeptical of the old man's fantastic claims as he has grown into adolescence. When he finds grandpa dead with his eyeballs missing, then catches a glimpse of a monster in the woods behind his house, his parents (Chris O'Dowd and the mighty Kim Dickens, who's in the movie even less than Janney is) take him to licensed-and-bonded mental health professional C.J. Cregg — that is, Dr. Golan. The doc persuades Jake's folks that a trip to Wales to try to find the old orphanage might help the boy to process his grief. O'Dowd, by the way, is 100 percent believable as the sort of impotent dad who would agree to this plan. He figures he'll come along and get some birdwatching done while his son is busy moping. I don't know enough about Wales or birds to know whether or not this is a joke, but I know Dickens, in her approximately 15 seconds onscreen, looks relieved to be rid of them both.

It's when the scene shifts from flat, sunny Florida to cloudy, oppressive Wales that the movie brightens up. That's Burton for you. Jake and his dad check into the one inn in town (it's called The Priest Hole), and after some predictable complication Jake finds his way to the old manor among its occupants — as it, and they, existed in 1943. The place is basically Brigadoon crossed with Xavier's School for Gifted Youngsters of X-Men lore, only the gifted not-so-youngsters in Miss Peregrine's charge shall never grow up if she has anything to say about it. Her supernatural talent is the ability to create cul-de-sacs in time where she can keep her "peculiars" hidden from the vile Mr. Barron (Samuel L. Jackson in milk-colored contact lenses), a kinda-sorta vampire who seeks immortality by... eating their eyes.

That's not, I don't believe, a spoiler, though I couldn't swear I grokked the plot clearly enough to know which elements ought to be classified. Screenwriter Jane Goldman has plenty of experience translating dense mythologies born in prose and comics to the movies, having worked on the scrips for Stardust, Kick-Ass, Kingsman: The Secret Service, and a pair of the stronger X-Men movies, among others. The adaptation she's delivered here borrows material from Riggs' sequel novel Hollow City to permit an action-packed finale, but still manages to leave plenty of threads dangling after 122 increasingly chaotic minutes.

The result feels less like a thoughtfully-conceived franchise-starter than a picture that was rushed out of the editing suite prematurely. That makes it at once a minor disappointment and Burton's most satisfying (mostly) live-action fantasy film in years. Too bad it probably won't last 'til Halloween.