Accessibility links
Review: Conor Oberst, 'Ruminations' Oberst's distinctive warble is set against a spare patchwork of acoustic guitar, piano and the occasional harmonica, drawing most of the attention to his dark, personal words. 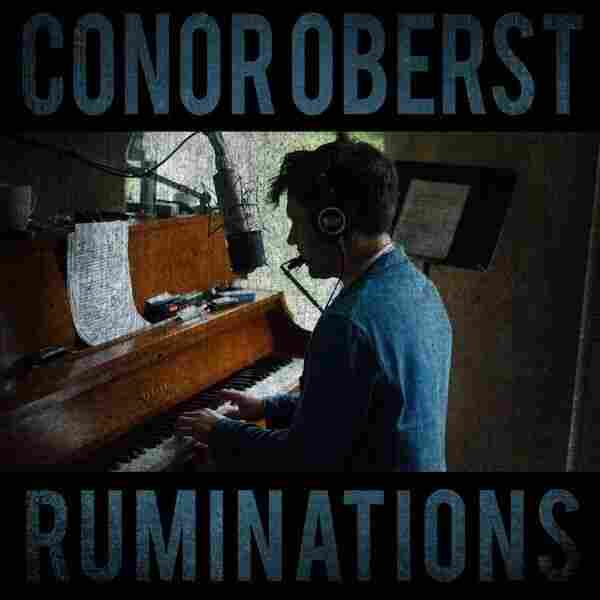 Ever since his early teens, songwriting has come fairly quickly to Conor Oberst. Whether as a solo artist, with Bright Eyes, in Desaparecidos, or in the supergroup Monsters Of Folk, he's stayed steadily prolific while performing with nervy intensity at every stop on his winding and unpredictable career path. So it makes sense that Oberst would need a break, and that it would take him back to a quiet winter spot back home in Omaha.

It also makes sense that he'd end up spending that time writing a record, albeit a quiet one, with the telling title Ruminations. Gone are the lush, soulful full-band arrangements of his 2014 solo album Upside Down Mountain, to say nothing of Desaparecidos' blistering rock. Here, Oberst's distinctive warble is set against a spare patchwork of acoustic guitar, piano and the occasional harmonica, drawing most of the attention squarely to his words.

The effect can be raw, rustic, even shambling — the whole thing was recorded, with the aid of longtime collaborator Mike Mogis and engineer Ben Brodin, in less than 48 hours — but the songwriting remains on point. Recorded during a bleak Nebraska winter in the aftermath of a serious health scare involving a cyst in the singer's brain, these are some of Oberst's darkest and most personal songs, rooted in isolation, with less overt politics ("A Little Uncanny" aside) and more reflection befitting Ruminations' title.

Throughout the record, Oberst tells stories of human fragility, channeling weary numbness ("Next Of Kin"), the search for comfort and escape ("Barbary Coast [Later]"), the frayed nerves of a man just barely holding his life together ("Gossamer Thin"), and a fight against self-medicating and otherwise self-destructive impulses ("Counting Sheep"). In that last song, Oberst directly references his own health — "Life is a gas / What can you do? / Catheter piss / Fed through a tube / Cyst in the brain / Blood on the bamboo" — making it clear that he's not merely playing roles here. That unsparing quality helps Ruminations stand out, no matter how simple its adornment.