Accessibility links
Supreme Court To Start Term With 8 Justices — Clinton Or Trump May Choose The 9th It's been eight months since Justice Antonin Scalia died unexpectedly, leaving the Supreme Court short-handed and its future up for grabs in the presidential race. 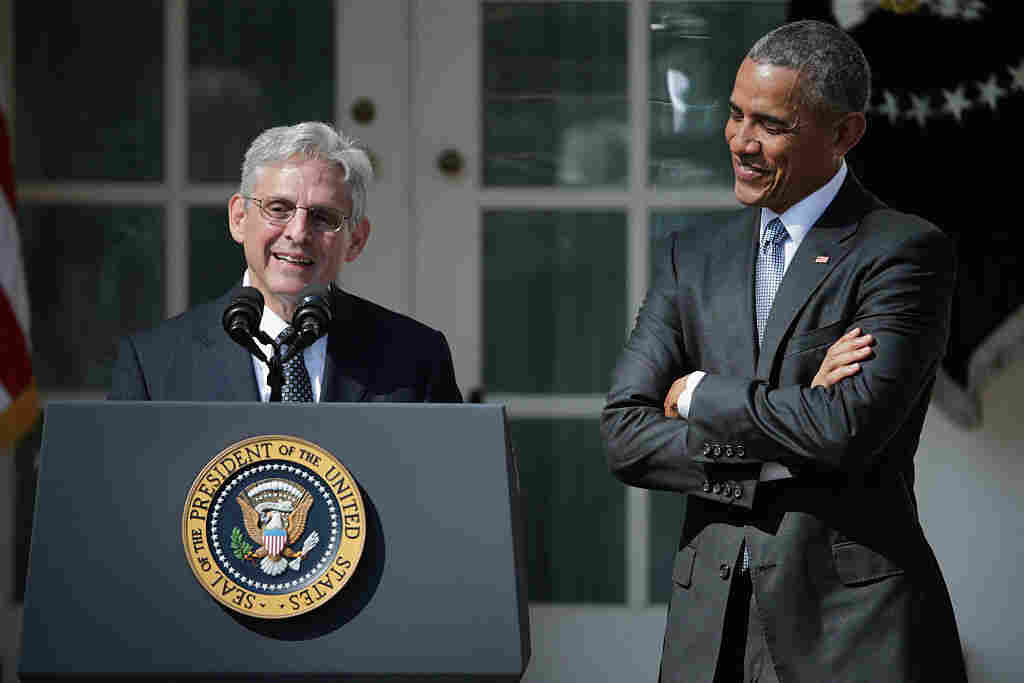 President Obama nominated Judge Merrick Garland to the Supreme Court in March. Since then, the Senate has denied him a confirmation hearing. Whoever wins the presidential election will have a big impact on the future of the highest court in the land. Chip Somodevilla/Getty Images hide caption 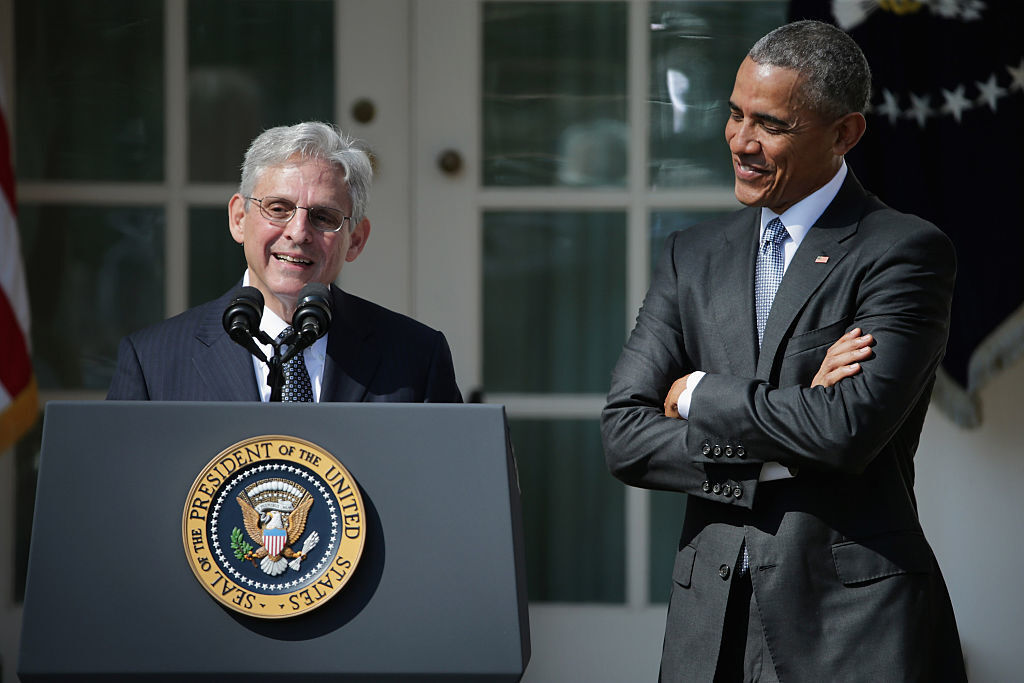 President Obama nominated Judge Merrick Garland to the Supreme Court in March. Since then, the Senate has denied him a confirmation hearing. Whoever wins the presidential election will have a big impact on the future of the highest court in the land.

It's been nearly eight months since Supreme Court Justice Antonin Scalia died unexpectedly, leaving the nation's highest court short-handed, and evenly divided on some of the most important legal issues of the day.

While Democrats had expected to exploit GOP stonewalling on a replacement, Republicans have played the issue shrewdly.

Within hours of Scalia's death on Feb. 13, Senate Republican leader Mitch McConnell pledged that no Obama nominee would get a hearing or a vote for nearly a year. The people should have a voice in the selection, he said, and "therefore this vacancy should not be filled until we have a new president."

A month later, Obama nominated Merrick Garland, the most centrist of the oft-mentioned potential Democratic nominees. For years, Republicans had called Garland the kind of consensus candidate they could support. But McConnell was able to keep his senators in line, and since the GOP controls the Senate agenda, that meant the Garland nomination remained in total limbo.

An incensed Obama was incredulous, pointing out in an NPR interview that the Senate had never before refused to act for this long on a Supreme Court nomination. Indeed, Garland has long surpassed the record set by Louis Brandeis, who waited 125 days to be confirmed in 1916.

At first, it looked as though the GOP stonewalling on the Garland nomination might be a powerful issue for the Democrats. The public agreed with the president by large margins, as much as 70 and 80 percent in some polls. And Democrats thought they could force the GOP to act or pay on Election Day.

Democratic pollster Peter Hart thought it would be a linchpin issue not just in the presidential election but for Democrats seeking to retake control of the Senate. "It was clearly going to be an issue because the American public expected the Senate to do its job," Hart thought initially. "It was cutting with Democrats, but also many Republicans were appalled at what the Senate was doing."

But somehow the issue, as a Democratic weapon, seemed to melt away.

"I think the problem is that we didn't find the method to keep it front and center," says Hart.

Indeed, Hillary Clinton only occasionally mentions the Supreme Court in her campaign speeches. But Donald Trump mentions it all the time, telling audiences that the next president "could make three, four, five appointments."

Public opinion polls show that most voters don't rank the Supreme Court high as an issue — though a committed minority of Republican and Democratic voters do. In fact, slightly more of the Republican base cares passionately.

Gary Bauer, president of the conservative Campaign for Working Families, explains that there's a connection between the Supreme Court issue and social conservatives' support for Trump. Trump, he notes, has gone further than George W. Bush in his support for conservative causes like opposition to abortion and protection for so-called religious liberties.

"George W. Bush repeated over and over again that he had no litmus test on judges. Donald Trump has said over and over again his judges will be pro-life," Bauer explains. "What's missing, of course, is that he's not an evangelical and he doesn't regularly quote Bible verses the way George W. Bush could. But if I want to hear Bible verses quoted, I'm perfectly happy to go to church on Sunday."

Trump has also released two long lists of potential Supreme Court nominees, lists widely praised by social conservatives. There is no guarantee, of course, that if elected, he would nominate from those lists.

There are, however, some relatively certain immediate and long-term predictions about the court and this presidential election.

If Clinton is elected, the Scalia vacancy will be filled either by Garland or by someone younger and more liberal. And it will be the first time in a half-century that a majority of the justices are Democratic appointees. If Trump fills the current vacancy, the court will continue to be dominated by a narrow conservative majority.

The story doesn't end there, though, because there could well be more vacancies. Justice Ruth Bader Ginsburg is 83, Justice Anthony Kennedy is 80, and Justice Stephen Breyer is 78. Breyer and Ginsburg are generally liberal justices, and Kennedy is the conservative who occasionally crosses over to give the court's liberal bloc a 5-to-4 majority.

If any or all of these justices were to leave during a Clinton presidency, that would likely mean a liberal court legacy, possibly for decades. And if Trump is elected, it could mean a dramatic conservative turn, with as many as six or seven hardcore conservative justices dominating the court for a generation.