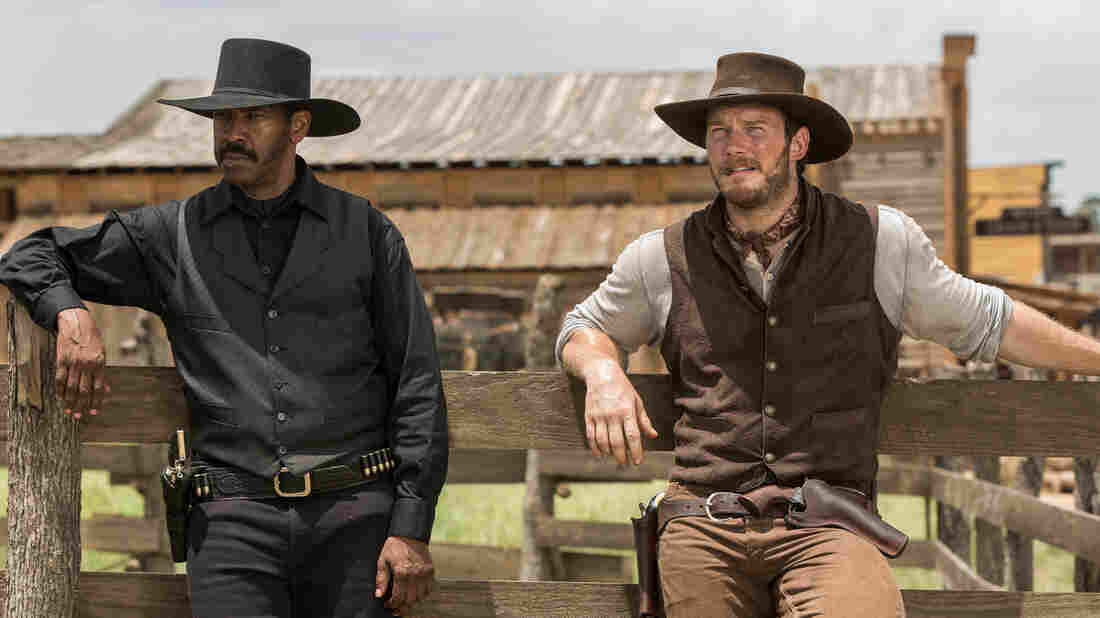 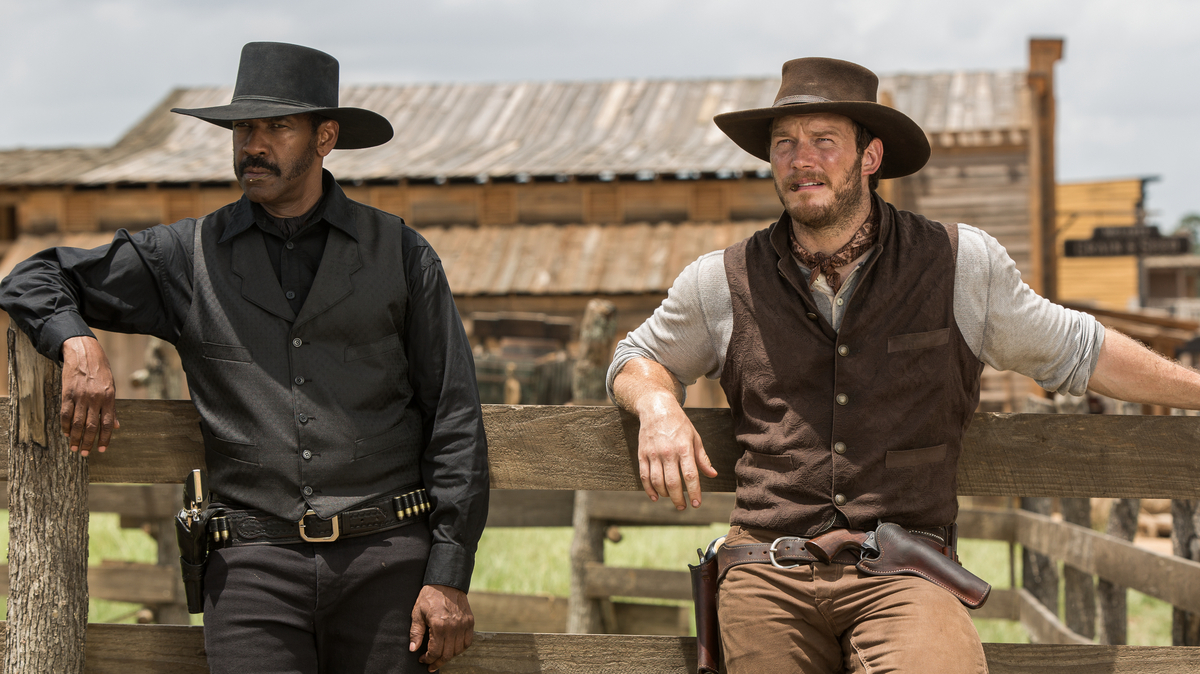 Denzel Washington and Chris Pratt in Antoine Fuqua's remake of The Magnificent Seven.

[In case you haven't heard, Pop Culture Happy Hour is about to embark on a West Coast tour. San Francisco, Seattle and Los Angeles are sold out — though we recently added an appearance (with Guy Branum!) at the Now Hear This podcast festival in Anaheim on Oct. 29 — but we'll also be in Portland on Oct. 19 with our dear pal Audie Cornish. Tickets for that one are still available. Oh, and we're fielding requests for pop-culture advice, so fill out this form to send us your questions. We might just answer them onstage.]

Our long, national, Linda Holmes-less nightmare is about to end, but we find a way to make due one more time this week: In this episode, Glen Weldon, Tanya Ballard and Chris Klimek join me to discuss the new remake of The Magnificent Seven (and, by extension, Seven Samurai), as well as a BBC Three comedy called Fleabag (available in the U.S. via Amazon) and What's Making Us Happy this week.

First, the four of us offer up our thoughts on The Magnificent Seven — how it compares to its predecessor(s), how it differs from other modern Westerns, and how it uses its large cast (Denzel Washington, Chris Pratt, Ethan Hawke, et al), as well as its diversity, its body count and its genre's many parallels to superhero myths.

Then it's on to Fleabag, which — spoiler alert — is Glen's favorite new TV show of 2016. Based on a one-woman show by Phoebe Waller-Bridge, who stars in and writes the show, Fleabag gets us talking about its fourth-wall-breaking structure, its impeccable casting, its frank sexuality, and the ways it fits into a TV landscape that also includes You're The Worst and Catastrophe.

Finally, as always, we close with What's Making Us Happy this week. Glen, to make up for lost time, brings a "whistle-stop tour" of recommendations: He loves a film from this past summer, the voice actors in a new animated movie, a recent book of short stories, a forthcoming comic novel and a new mobile game. Tanya is excited about a hotly anticipated Netflix series and the new book by a favorite blogger. Chris praises a high-profile cover band that just played Washington, D.C.'s 9:30 Club. And I take a break from watching highly innovative television to enjoy a network TV drama that breaks none of the rules.