Accessibility links
New Maps Label Much Of New Orleans Out Of Flood Hazard Area The new maps mean flood insurance for these areas is optional. But with half the city at or below sea level and memories of post-Hurricane Katrina flooding, some worry they send the wrong message. 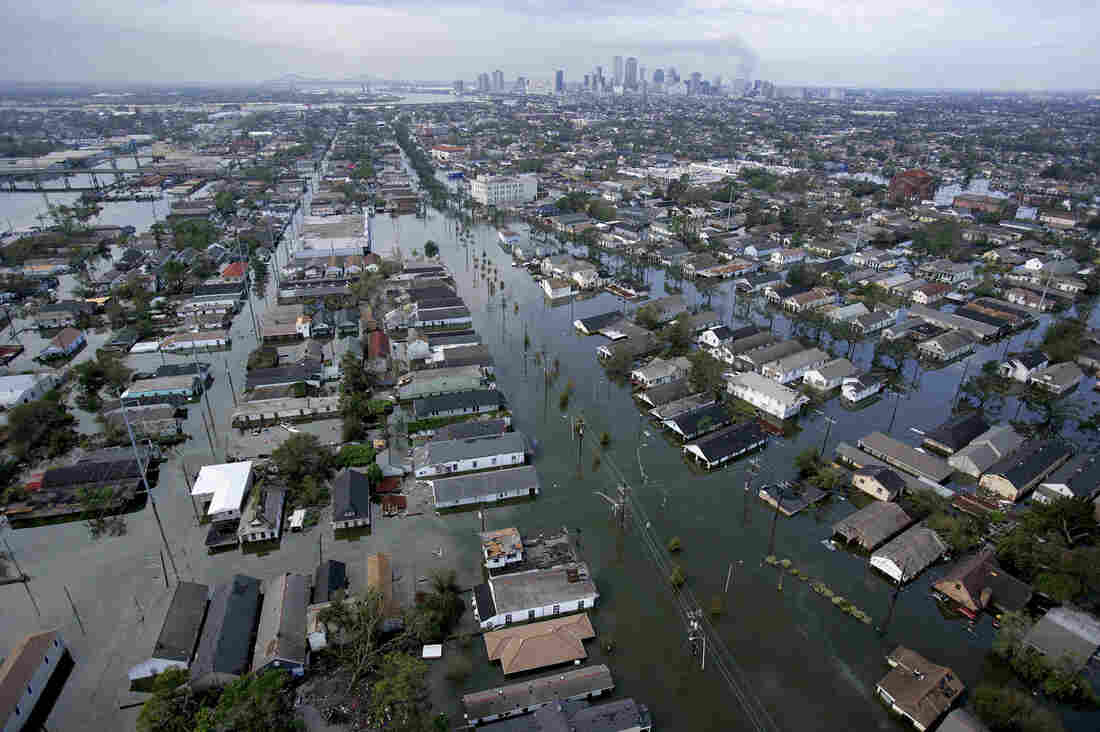 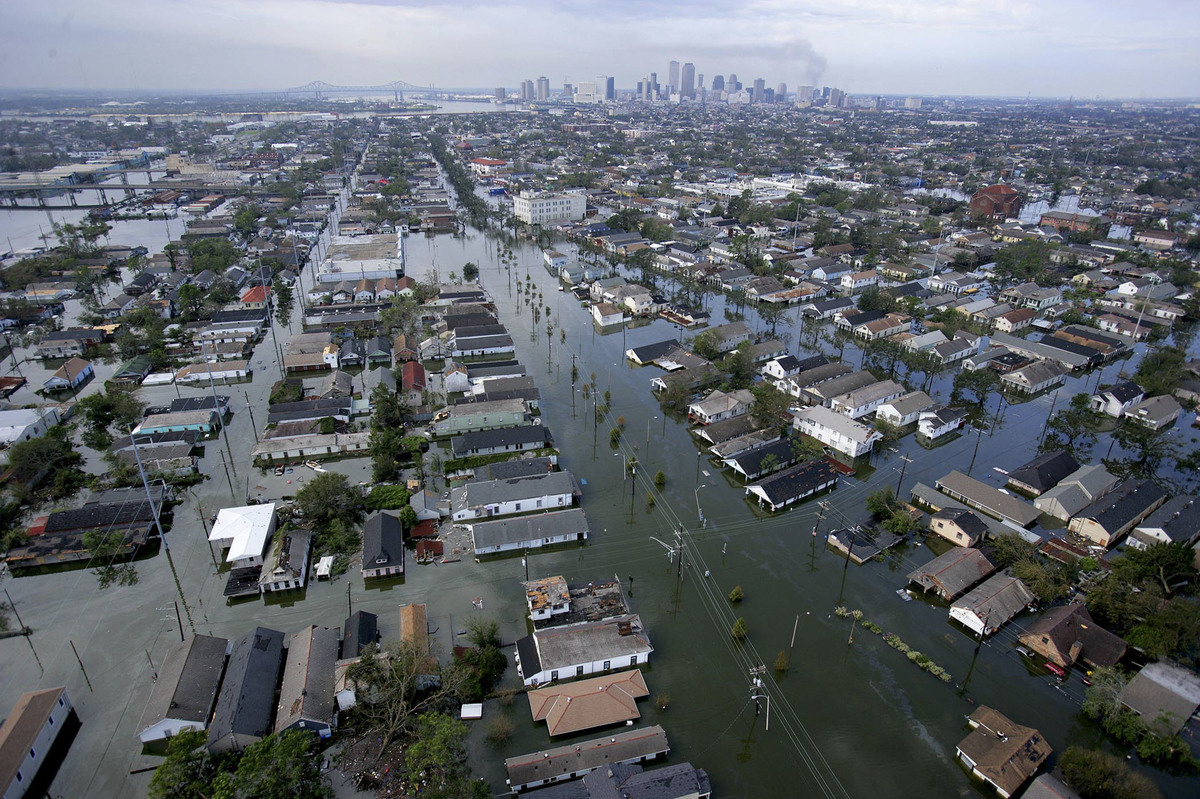 On Friday, New Orleans received new flood maps from the Federal Emergency Management Agency. Overnight, more than half the population moved out of the so-called high-risk zone.

But with half the city at or below sea level and memories of massive flooding after Hurricane Katrina 11 years ago, some residents are worried these new maps send the wrong message.

When Andy Horowitz heard that New Orleans' flood maps were changing, he pulled them up online. Horowitz is an assistant professor at Tulane University and researches the history of disaster in New Orleans.

"I put in my address, friends' addresses, other places I cared about, and it seemed like everywhere I looked was coming out of the flood plain," Horowitz says.

In other words, it means it's no longer officially high risk and is not required to have flood insurance.

"So then I started challenging the system, and I put in places where I knew that there had been 10, 12 feet of water during Katrina, and even many of those places would no longer be subject to the flood insurance requirement," he says. "I thought I had to be using the program wrong!"

He was not. The new maps are like a bureaucratic magic trick. At the stroke of midnight, the federal government waved its wand, and Friday morning more than half of New Orleans woke up in a land safe from storms and flooding.

"That is absolutely a great victory, and it represents to us that the federal government is very comfortable in our level of protection," says Jared Munster, director of safety and permits in New Orleans. He spent seven years lobbying for the new maps and says the changes come from science, not magic.

At first, FEMA painted a dire picture for New Orleans. Huge swaths of the metro area were labeled high risk — with flood insurance required. This can devastate a city. High risk means high insurance rates, which make property less affordable and can scare development away.

"At that point, the city and the community rejected those maps," Munster says. "They did not take into account all of the work that was going into our levee system."

After Hurricane Katrina, the federal government built the city a $14.5 billion flood protection system. In public hearings and private meetings, New Orleans asked FEMA to factor this into the new maps, along with other improvements. Years later, Munster is relieved those maps are here. But are they accurate?

Jared Munster, director of safety and permits in New Orleans

"We believe so, yes," Munster says.

Yet Munster is urging people to keep flood insurance, or get it even if they're not required to.

This is the paradox of FEMA's maps. As the last year has shown around the country, floodwaters don't care if you live in a flood zone or not. Now, cities need favorable maps to thrive. But studies show that when people aren't required to buy flood insurance, they don't.

"If Katrina happens again, there's going to be an enormous amount of property that's uninsured in New Orleans, and homeowners are gonna be left out in the cold," says Ivan Maddox, an engineer at Intermap, a risk analysis firm.

When he crunches the numbers on New Orleans, he says that "to suggest that New Orleans is anything except high to very high flood risk is ... it's crazy."

This year, Intermap analyzed thousands of coastal properties and found virtually no difference between FEMA's high- and low-risk zones. Two neighborhoods might have different insurance rates but essentially the same risk of actual, physical flooding. Maddox says FEMA's maps are compromised by politics around redevelopment and property values.

"The fact that New Orleans insisted on a redo because the rates were too high is a perfect illustration of that," he says.

This same fight plays out every time FEMA maps are updated, Maddox says. The city of Central, La., near Baton Rouge, spent years lobbying for better flood maps and got them this summer. Many dropped their insurance — just weeks before historic rains flooded most of the city.