Accessibility links
'A Man Called Ove': A Swedish Curmudgeon Wins Hearts On The Page, And Now On Screen Move over, Girl with the Dragon Tattoo — a grumpy man may soon take your place as America's favorite fictional Swede. The film adaptation of the best-seller A Man Called Ove is now coming to the U.S. 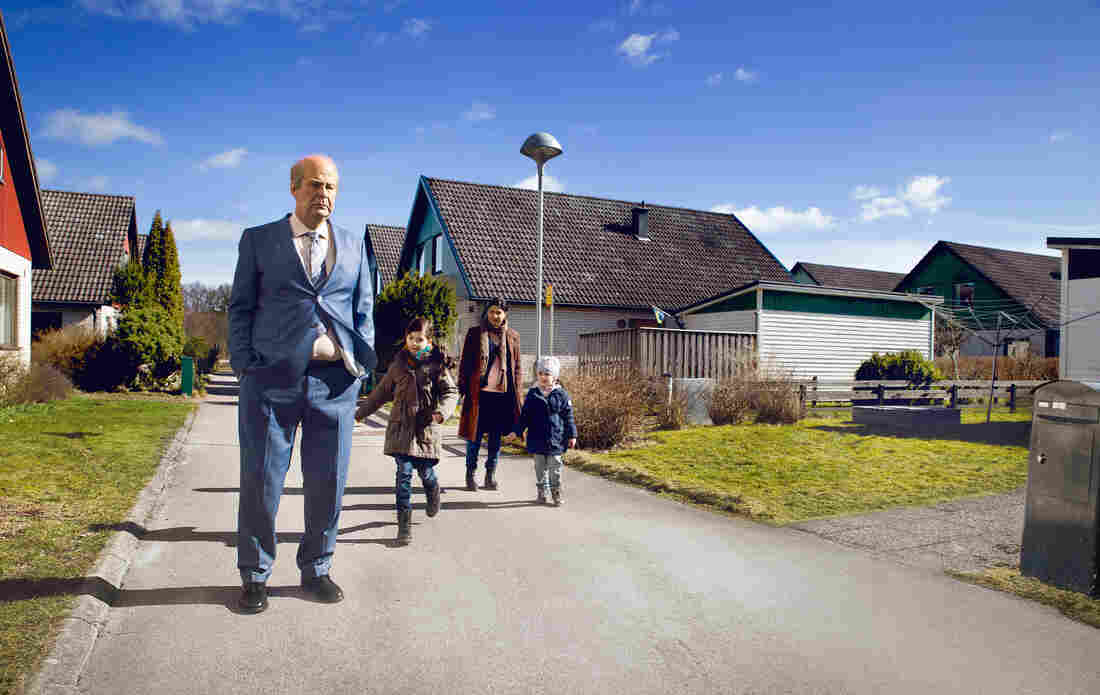 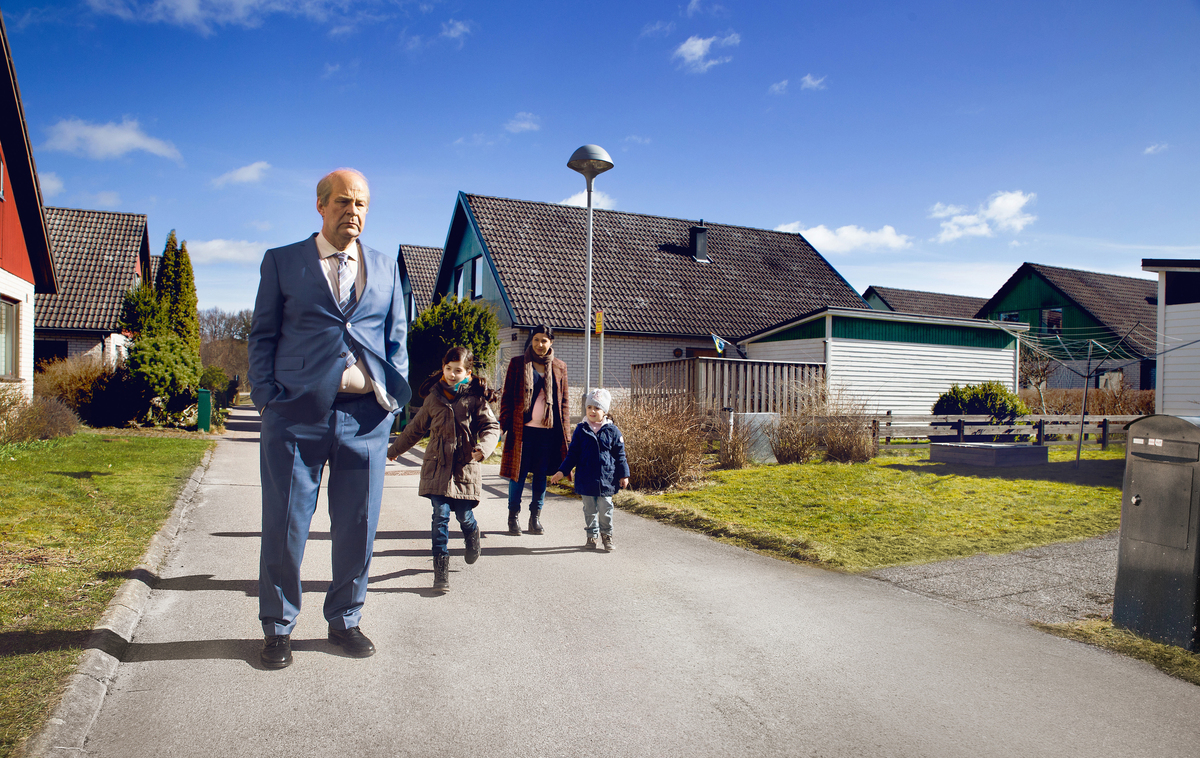 Rolf Lassgård, left, stars as a grouchy widower in A Man Called Ove, which opens Friday in U.S. theaters.

Step aside Girl with the Dragon Tattoo — a grumpy old man may soon be taking your place as America's favorite fictional Swede. Ove — that's pronounced Ooo-vah — is the lovable curmudgeon at the center of A Man Called Ove. The film, which opens in the U.S. on Friday, is based on a Swedish best-selling novel.

At first, when director Hannes Holm was offered the chance to direct A Man Called Ove he wasn't interested — he was too afraid of the novel's many, many fans. "If you're going to shoot a best-seller you will have all these book lovers on your back all the time," he says. So he said "Thanks, but no thanks." 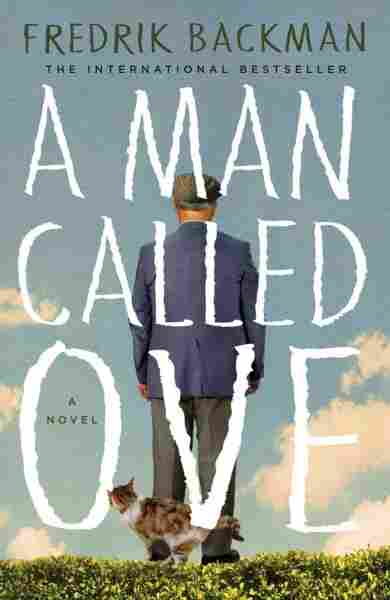 But after he said no, Holm sat down to read the book. He started it in the evening, and by the time the sun rose, he says, his pillow was wet with tears. So he called the film producer and told him he'd changed his mind.

Ove is the kind of guy most of us try to avoid; he picks fights with storekeepers and prowls his housing complex making sure gates are locked and garbage has been properly stowed. He loves to make sure people are following the rules — especially dog owners.

But it is the gradual unfolding of Ove's life story that has made the novel by Fredrik Backman so popular. It was already a best-seller in Sweden when it landed on the desk of Peter Borland, editorial director at Atria Books.

"I'd never heard of it, I knew nothing about it," Borland recalls. He took A Man Called Ove home to read over the weekend and fell in love with the novel.

"Ove is such a curmudgeon at the start of the book," Borland says. "Then, as you gradually come to understand more about him, and learn his back story and figure out why he is the way he is, you just sort of melt."

Even so, Borland didn't have huge expectations for the book. Atria ordered a modest first printing of 6,600 copies. The book sold well in hardcover but really took off in paperback. Now, it's a New York Times best-seller and there are about one million print and e-book copies in circulation. Borland gives much of the credit for its success to independent booksellers.

Nancy Usiak of the Book Bin in Northbrook, Ill., grabbed A Man Called Ove from the stacks of books that publishers send to her store — the title intrigued her and she liked the cover. Usiak read it, asked her staff to read it, and asked them: Listen, am I crazy or do you love this book?

Very seldom does one book hit notes for everybody that's in the store and this is one of those rare exceptions ...

"Very seldom does one book hit notes for everybody that's in the store," she says, "and this is one of those rare exceptions that everyone who read it said: This is an amazing book and I can't wait to sell it."

Usiak says she loved the friendship that formed between Ove and his new neighbor, Parveneh, a young Iranian mother who won't be steamrolled by an old curmudgeon.

"He puts up such huge walls and here's this woman who walks into his life and all of a sudden she realizes that there's a lot of depth to him," she says. "I would hope that if I met someone like that I would have the patience that she did, to embrace him and find what's underneath all those layers."

Of course, it is just this kind of devotion that first made Hannes Holm uncomfortable about taking on the adaptation of this novel. He knows that fans worry a book they love will be ruined, and he hates seeing good books "massacred" on the screen.

"The audience and the director must meet each other," he says. "I think I must do a good job as a director and screenwriter to 'steal' the story out from the book — and then throw away the book."

When Holm read the novel, he realized that the story he wanted to steal was not about a grumpy old man — it was a love story told in flashbacks. The novel reminded him of looking through old pictures in his parents' photo albums. He remembers looking at black and white photos of his mom and dad before they had children — "I could see how much in love my parents were," he says.

A Man Called Ove is Sweden's official entry for an Academy Award for best foreign language film. Borland, the editor who launched the book into the U.S. market, says you can't really call it a "sleeper hit" anymore — it's a full-on success story. But, he says, he is keeping his expectations low for the Oscar race.

"I'm trying not to think about it too much, but I will admit in the back of my head there is an idea that it's going to win the Academy Award for Best Foreign Film," he says with a laugh.

The question is: Can you catch lightning in a bottle more than once?

Read an excerpt of A Man Called Ove