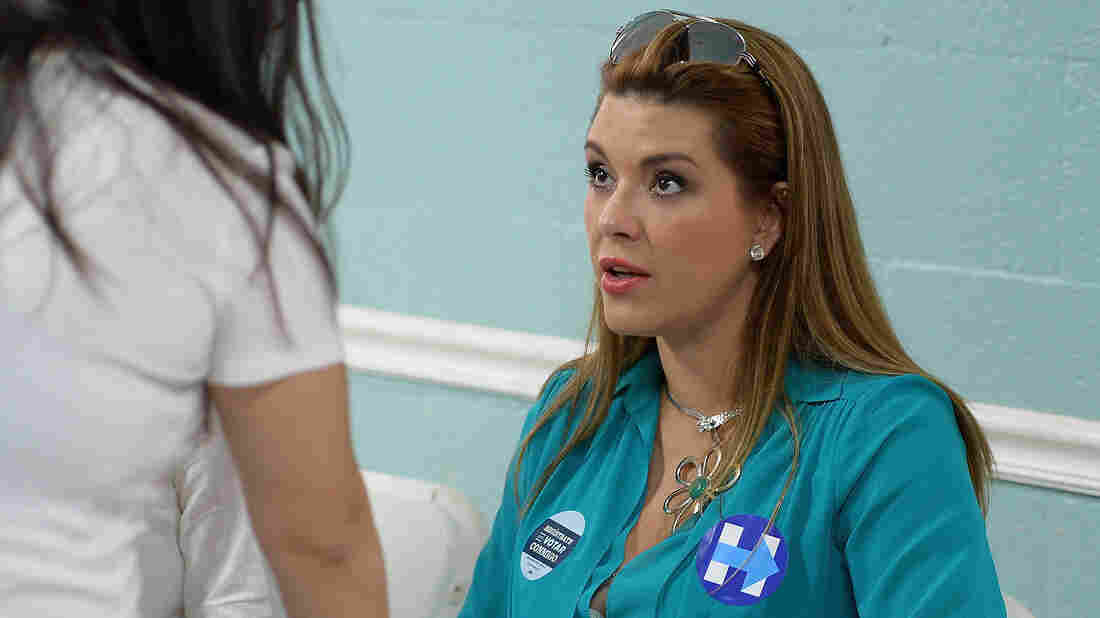 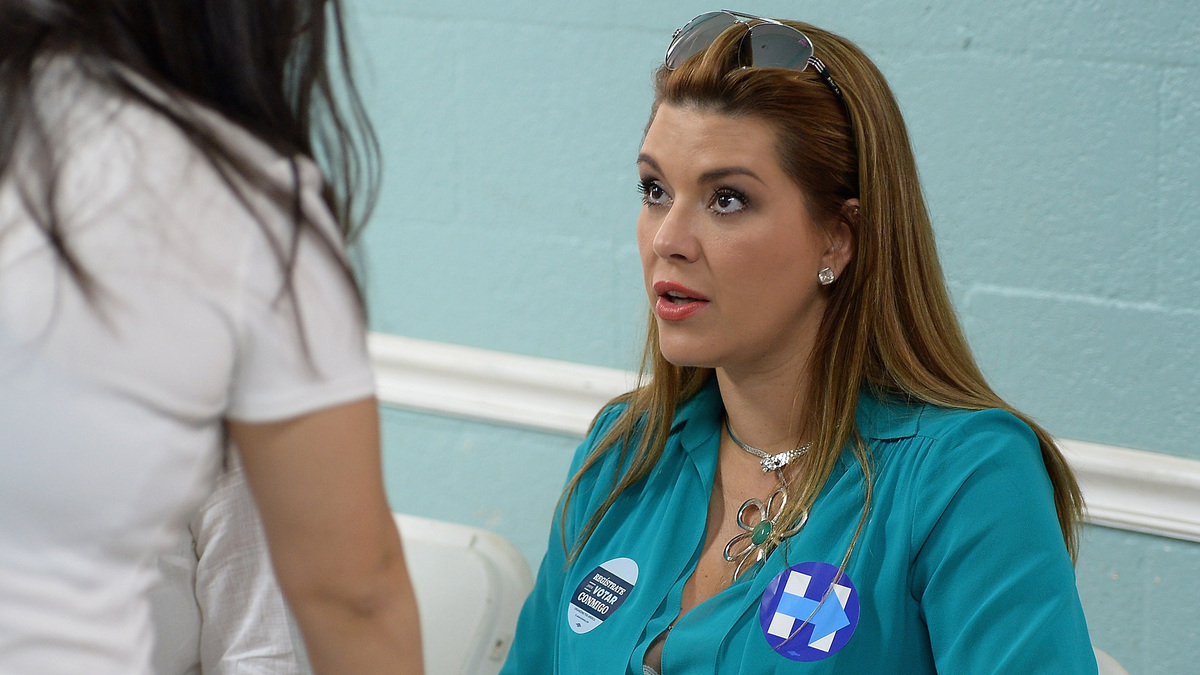 Alicia Machado campaigns for Hillary Clinton on Aug. 20 in Miami.

In a series of tweets posted around 5 a.m. ET, Trump criticized Alicia Machado as "my worst Miss U." and described her as "disgusting."

Machado, who is now a telenovela actress, burst into political headlines during Monday's presidential debate, when Hillary Clinton described the way Trump had criticized the beauty contestant years ago for gaining weight after the pageant.

"He called this woman Miss Piggy. Then he called her Miss Housekeeping because she was Latina," Clinton said. "She has become a U.S. citizen, and you can bet she's going to vote this November."

Wow, Crooked Hillary was duped and used by my worst Miss U. Hillary floated her as an "angel" without checking her past, which is terrible!

The controversy might have had a short shelf life, had Trump not revived it with daily attacks on Machado. In his latest tweet storm, he references a video made when she was part of a reality TV show. Trump calls it a "sex tape," but according to Snopes.com (link contains adult themes), a website that debunks Internet rumors, the tape is "nothing more than some grainy, night-vision footage" and it's unclear what's actually happening in it. Trump also questions Machado's naturalization.

Using Alicia M in the debate as a paragon of virtue just shows that Crooked Hillary suffers from BAD JUDGEMENT! Hillary was set up by a con.

Did Crooked Hillary help disgusting (check out sex tape and past) Alicia M become a U.S. citizen so she could use her in the debate?

"Did Crooked Hillary help disgusting (check out sex tape and past) Alicia M become a U.S. citizen so she could use her in the debate?" Trump asks.

A Clinton spokeswoman says neither the candidate nor the campaign played any role in Machado's naturalization.

The incident could be costly for Trump with women and Latino voters. Democratic strategist Maria Cardona notes Machado is a popular figure in the Latino community:

"She's a telenovela star. Hearing the story about how she was bullied and fat-shamed by her very powerful boss in a very public way is going to, I think, add to that anger and that frustration that the Latino community already feels against Donald Trump."

Trump's insistence on extending the feud is reminiscent of his tussle with Khizr and Ghazala Khan, the Gold Star parents whose Army captain son was killed in Iraq. Khizr Khan's emotional speech at the Democratic National Convention was given extra mileage when Trump attacked the family, and the candidate's poll numbers suffered.

Machado's history is not as blemish-free as that of the Khans. She was accused of being an accomplice to attempted murder in her native Venezuela in 1997, and the judge in that case said she made threats against this life. The criminal charges were dropped in 1998.

2016's Presidential Campaign Has Turned Into A Gender War

2016's Presidential Campaign Has Turned Into A Gender War

Machado insists her history is beside the point.

The Clinton campaign appeared to welcome the battle, and Clinton herself is expected to address Trump's tweets later today.

Machado issued her own response Friday via Instagram. Alongside a photo of herself draped in the American flag, she called Trump's attacks on women one of his most frightening characteristics, and accused the GOP candidate of trying to deflect attention from his shortcomings as a leader.

GOP observers could only shake their heads at Trump's willingness to go down this path.

Clinton (or her campaign) went on a tweet storm of her own Friday, calling the incident Trump's "Machado meltdown":

What kind of man stays up all night to smear a woman with lies and conspiracy theories?

Alicia deserves praise for courageously standing up to Trump's attacks. And he has the gall to blame her—and say he "helped"?

In a previous version of this story, Khizr and Ghazala Khan's last name was misspelled as Kahn.