Accessibility links
In Year Since Water Crisis Began, Flint Struggles In Pipe Replacement Efforts NPR's Ari Shapiro talks to Laura Sullivan, a professor of mechanical engineering at Kettering University, about the difficulties in replacing thousands of lead pipes that contaminated water in Flint. 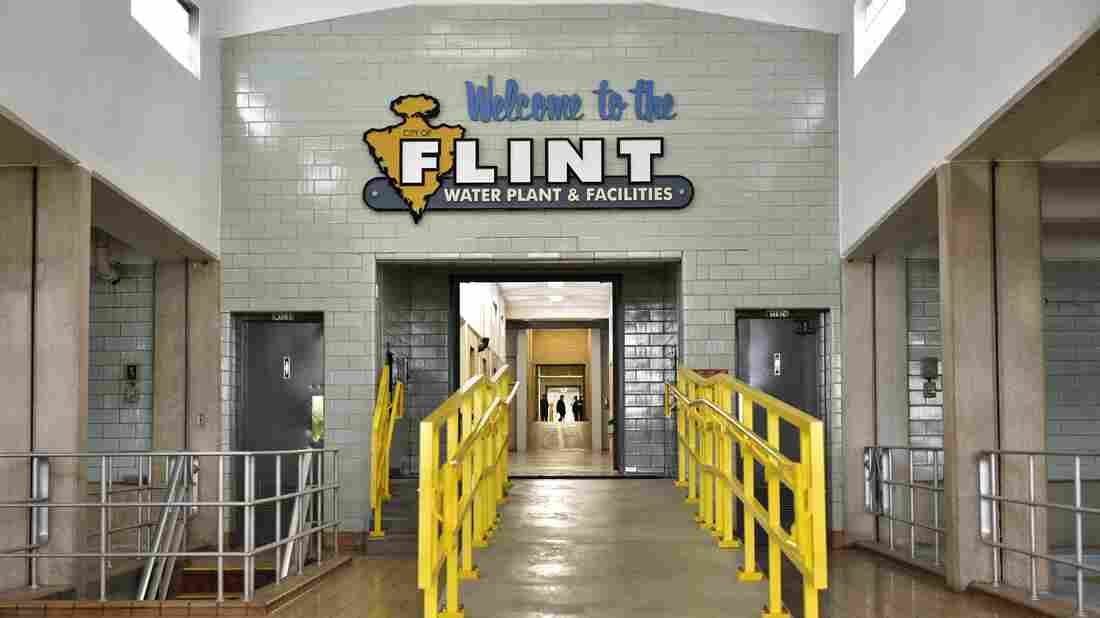 The interior of the Flint water plant is seen on Sept. 14 in Flint, Mich. The city is still struggling to replace thousands of corroded lead pipes that tainted drinking water. Mandel Ngan/AFP/Getty Images hide caption 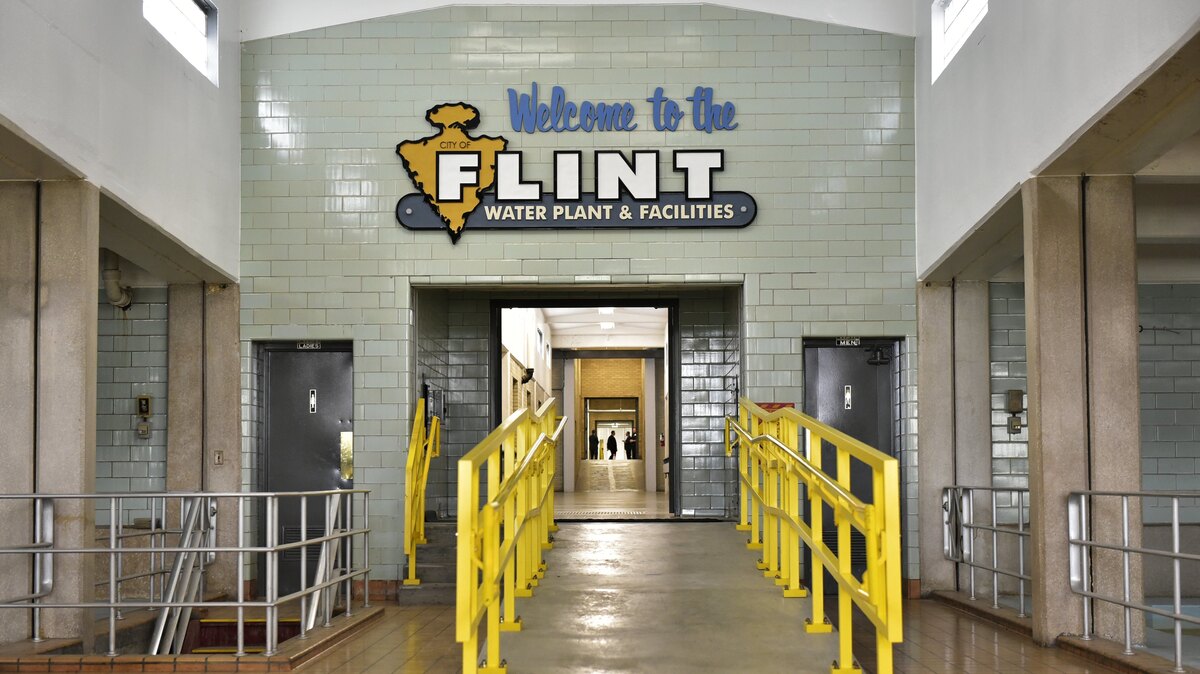 The interior of the Flint water plant is seen on Sept. 14 in Flint, Mich. The city is still struggling to replace thousands of corroded lead pipes that tainted drinking water.

It's been one year since health officials in Michigan warned people in the city of Flint to stop drinking the tap water after a research team from Virginia Tech discovered elevated lead levels.

To this day, Flint's water is still not safe to drink without a filter. While funding has been scarce to replace corroded pipes, Congress reached a deal this week that could send millions of dollars in aid to Flint.

Lead pipes in Flint were severely corroded over the 18 months the city used water from the Flint River. The water was not treated properly, which allowed lead from the old pipes to contaminate people's drinking water, exposing tens of thousands of residents.

Flint has received $27 million from the state to replace old lines, but progress has been slow. Thousands of pipes still need to be replaced, and the city estimates that fewer than 200 have been fixed so far.

One of the people closely involved in the effort to replace pipes is Laura Sullivan, a Flint native and professor of mechanical engineering at Kettering University.

Sullivan, who has worked on clean water projects all over the world, tells NPR's Ari Shapiro that she was wrong to be so optimistic about the situation in Flint when he first met her back in January.

"I've pounded the wall, and I've shed quite a few tears in the time since," Sullivan says. "I really did believe that once the governor acknowledged that there was a problem that he would empower the people of Flint to help solve the problem. ...

On why corroded pipes haven't been replaced

Well, you know, at first it was the money getting here, and then once the money got here, there were all kinds of stipulations about who could be hired and what bids they had to submit and just a lot of red tape that Gen. Mike McDaniel, who's been running that whole process, has been trying to be patient about moving forward on.

On why officials couldn't cut through the red tape

It feels more and more like a system in parts of the world where the government is corrupt, and there are too many hands that are involved that don't involve the people who are actually living in poverty.

Well, one could probably guess that somebody who could have done that didn't have the will to do that because I can tell you the mayor of Flint and Gen. McDaniel and the people of Flint were doing everything they could to make that happen.

And once Gen. McDaniel was able to get through that horrendous bidding process — as soon as we finally got that green light — he began working, and they've quickened the pace every week.

On efforts to create jobs to help in pipe replacement

So there have been collaborations that have resulted in vocational training that will progress into employment. Slowly, yes, there are more opportunities coming into Flint.

On how Flint compares to water issues in underdeveloped countries