Accessibility links
Hillary Clinton's Rejoinder To Donald Trump's Attacks On Alicia Machado Hits Both High And Low The Clinton campaign is taking both the high and low roads in responding to Trump's recent stumbles.

What All Those Pre-Dawn Tweets Say About Campaign Strategy

What All Those Pre-Dawn Tweets Say About Campaign Strategy 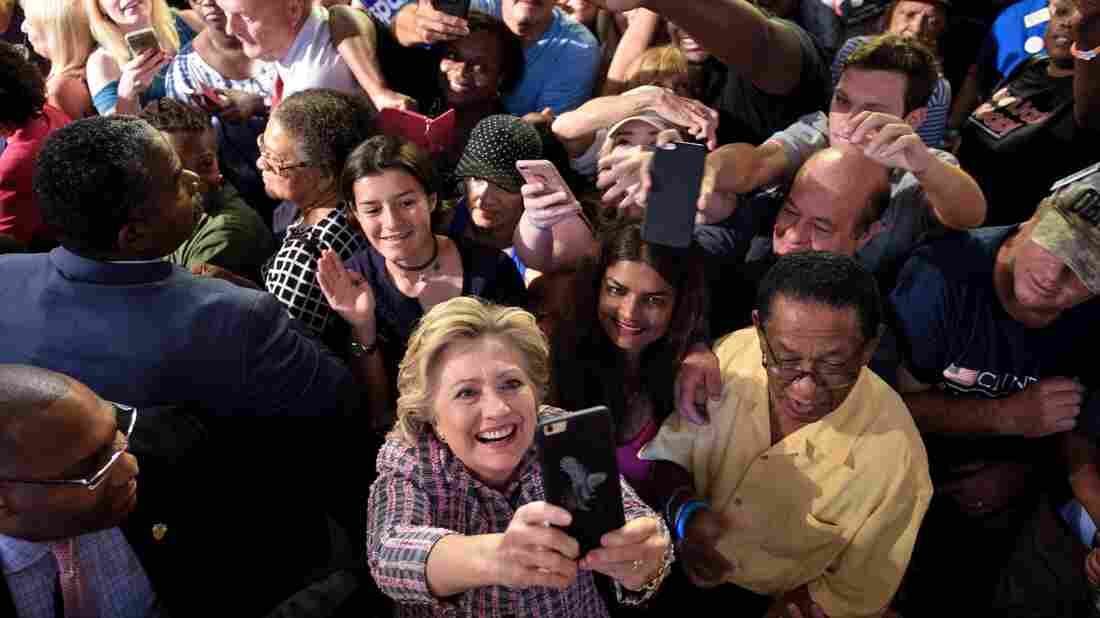 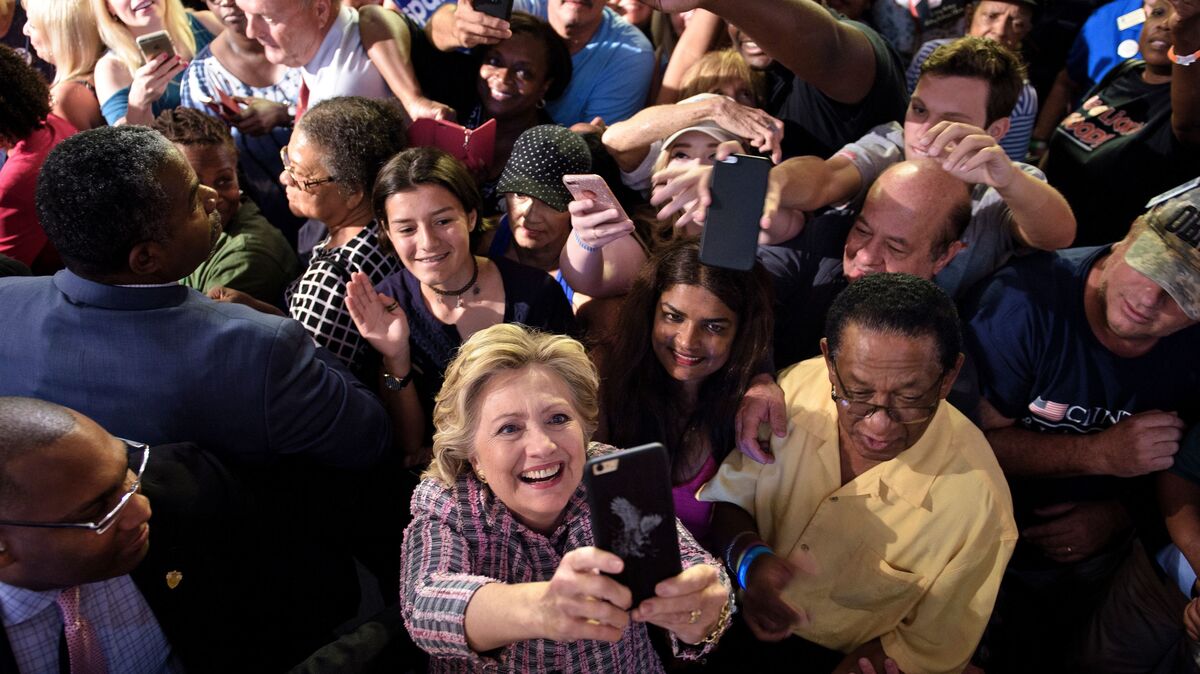 Democratic presidential nominee Hillary Clinton takes a selfie with supporters after speaking at a rally about national service Sept. 30 in Fort Pierce, Fla.

The most popular time to tweet in the last couple days, if you're a presidential candidate, has been before the sun rises.

In her 3 a.m. tweets, Clinton focused on policy — specifically on national service, which was the focus on a speech she gave Friday.

There are hundreds of thousands more @AmeriCorps applications than spots. Horrible! Let's expand it from 75,000 annual members to 250,000.

Too many talented young people pass up on programs like @Peacecorps because of student loans. Let's use GOOD JUDGMENT & lighten that burden.

Clinton's tweets were reminiscent of and likely a response to a flurry of tweets Trump sent out in the early hours of Friday morning that attacked both Clinton and former Miss Universe Alicia Machado. Trump, who used to own the Miss Universe organization, called Machado "disgusting" and a "con."

Using Alicia M in the debate as a paragon of virtue just shows that Crooked Hillary suffers from BAD JUDGEMENT! Hillary was set up by a con.

He said Clinton was "duped" by the beauty contestant, referring to Clinton's use of Machado during the first presidential debate to criticize Trump's treatment of women.

The Clinton campaign's Saturday tweets echoed Trump's, referring to "judgment" and using all caps and exclamation points, but stood in contrast to the mogul's storm by issuing a high-minded call to public service. It spoke to a "they go low, we go high" campaign strategy.

At least, that's what it looked like on the surface.

On one level, the tweets were meant to boost a message Clinton delivered Friday that received comparatively less national attention.

The day's news was dominated by Trump's allegation, via his early-morning Twitter rant, that Machado had a "sex tape." The video he referred is actually grainy, night-vision footage from a Spanish-language reality TV show.

While all eyes were on Machado and Trump, Clinton gave a speech in Florida where she outlined plans to create a National Service Reserve, similar to the Armed Forces Reserve. She set a goal of enlisting five million Americans into the program and said she would focus on millennials.

From Miss Universe to Monica Lewinsky, Trump Flirts With A Risky Line Of Attack

In her overnight tweets, she called for an increase in AmeriCorps opportunities to address a glut in applications. She also bemoaned the fact that student loan obligations keep qualified volunteers from joining the Peace Corps.

On top of that, her campaign directly responded to Trump's sex tape comments in kind, just hours before her high-minded tweets.

"There's been a lot of talk about sex tapes today, and in a strange turn of events, only one adult film has emerged today, and its star is Donald Trump," Clinton spokesman Nick Merrill told a group of reporters in Florida late Friday, according to the Washington Post.

Merrill was referring to a video that Buzzfeed unearthed. In the video, which was filmed for Playboy in 2000, Trump makes a brief cameo opening a bottle of champagne.

He is seen pouring the bottle over the Playboy logo on the side of a limousine. Other parts of the video, where Trump does not appear, were explicit.

In the clip, Trump says, "Beauty is beauty, and let's see what happens with New York."