Accessibility links
A Photographer Gets Old — Over And Over — In 'The Many Sad Fates' Photographer Phillip Toledano lost both his parents, an aunt and an uncle and began to wonder — what other dark turns did life have in store? He explores the possibilities in a new short film. 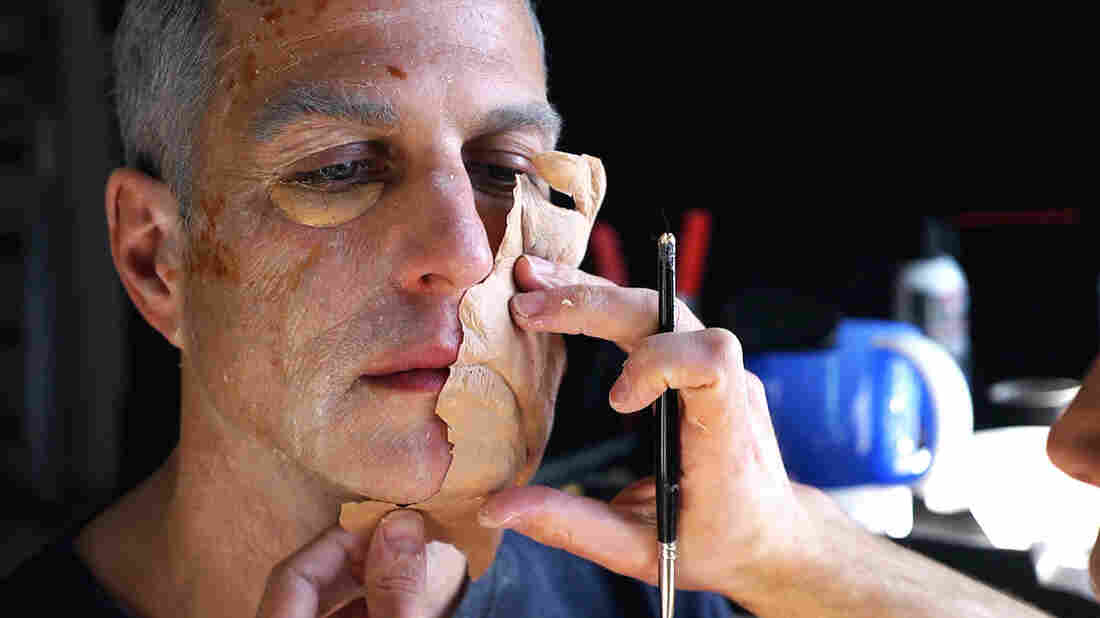 Toledano on set, being made up for one of his fates. Stephen T. Maing hide caption 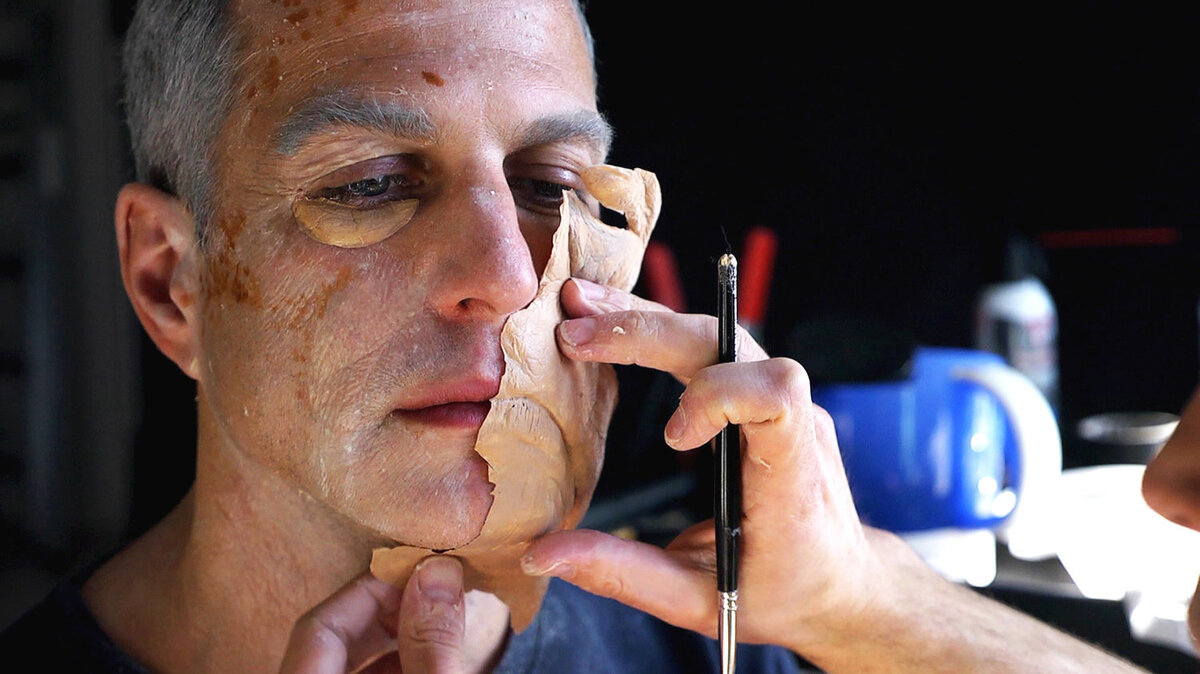 Toledano on set, being made up for one of his fates.

A friend of photographer Phillip Toledano once said "He is the most self-absorbed person I've ever met — but he wears it well."

The Many Sad Fates of Mr. Toledano is a new short film in which the photographer, with the assistance of makeup artists, fortune tellers, and psychics, disguises himself as the various fates life might one day hold for him: Ending up a homeless alcoholic, a white-collar criminal cuffed and taken away by police, or a lonely senior, feeding a small dog from his plate — and more.

It's an art project Toledano began after the dementia and death of his father. "Life is so full of right angles," he says in the film. "There are so many possibilities of what's ahead of you. And you have no sense of what they're like."

The film was an official selection of the Tribeca film festival, and is one of the New York Times' Op-Docs.

On his frame of mind as he worked on the film

When I work on projects, they have sort of a gravitational pull. I'm compelled to do them. And often I'm not sure why I'm compelled to do them until I've finished them. But everyone who was important to me had died in my family — my mother, my father, my aunt, my uncle in the last three years. And then my daughter was born. So my life felt entirely different and I felt entirely alone.

'Days With My Father': A Photographic Farewell

And I had always been a very lucky person. I've had wonderful parents and they've given me everything. And when you are lucky, you always assume you'll continue to be lucky. And when your life takes a sharp turn, it's shocking and it's surprising. And that was the impetus behind this project ... and I know it sounds so entirely self-absorbed, but I loved my parents dearly, and the idea that they were going to suddenly die — it's a concept we all understand, but the reality seems unreal ... and that got me obsessed about what other dark turns might life have in store for me.

On the process of creating and filming his fates

On the photo of himself in a cubicle farm

People ask me what's the most frightening picture for me, and for me it's the man in an office — because what does that mean if I'm in an office? It means I've failed as an artist.