Accessibility links
No, 'You Can't Touch My Hair' And Other Lessons From Comic Phoebe Robinson In her new book, the stand-up comic and podcast host writes about what it's like to be black and female in America. "Black hair seems to raise a lot of nonblack people's blood pressure," she writes. 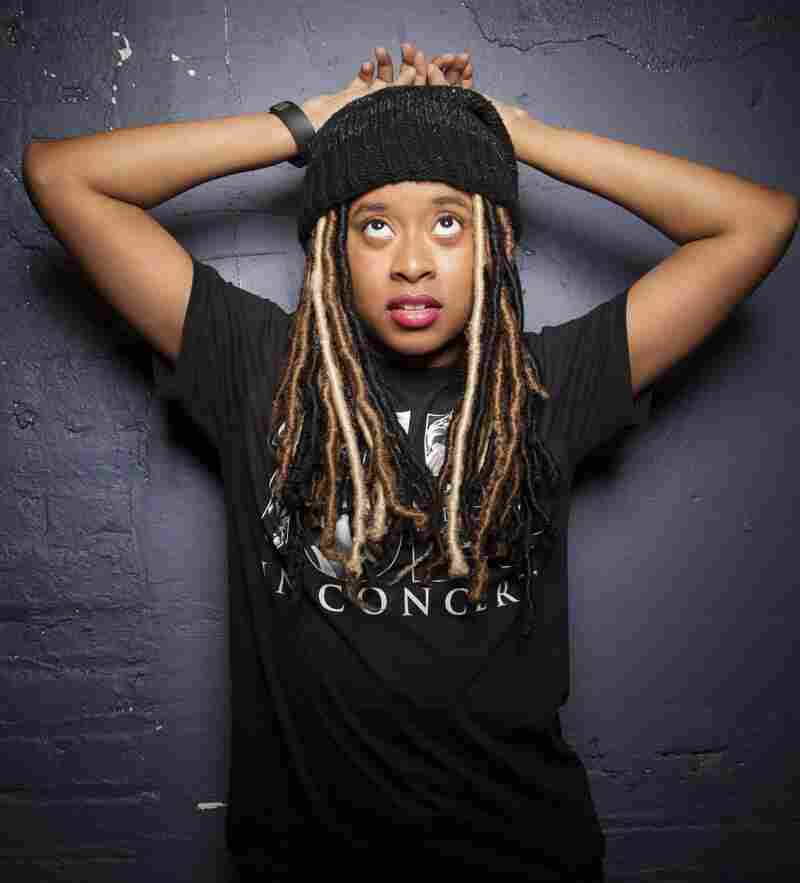 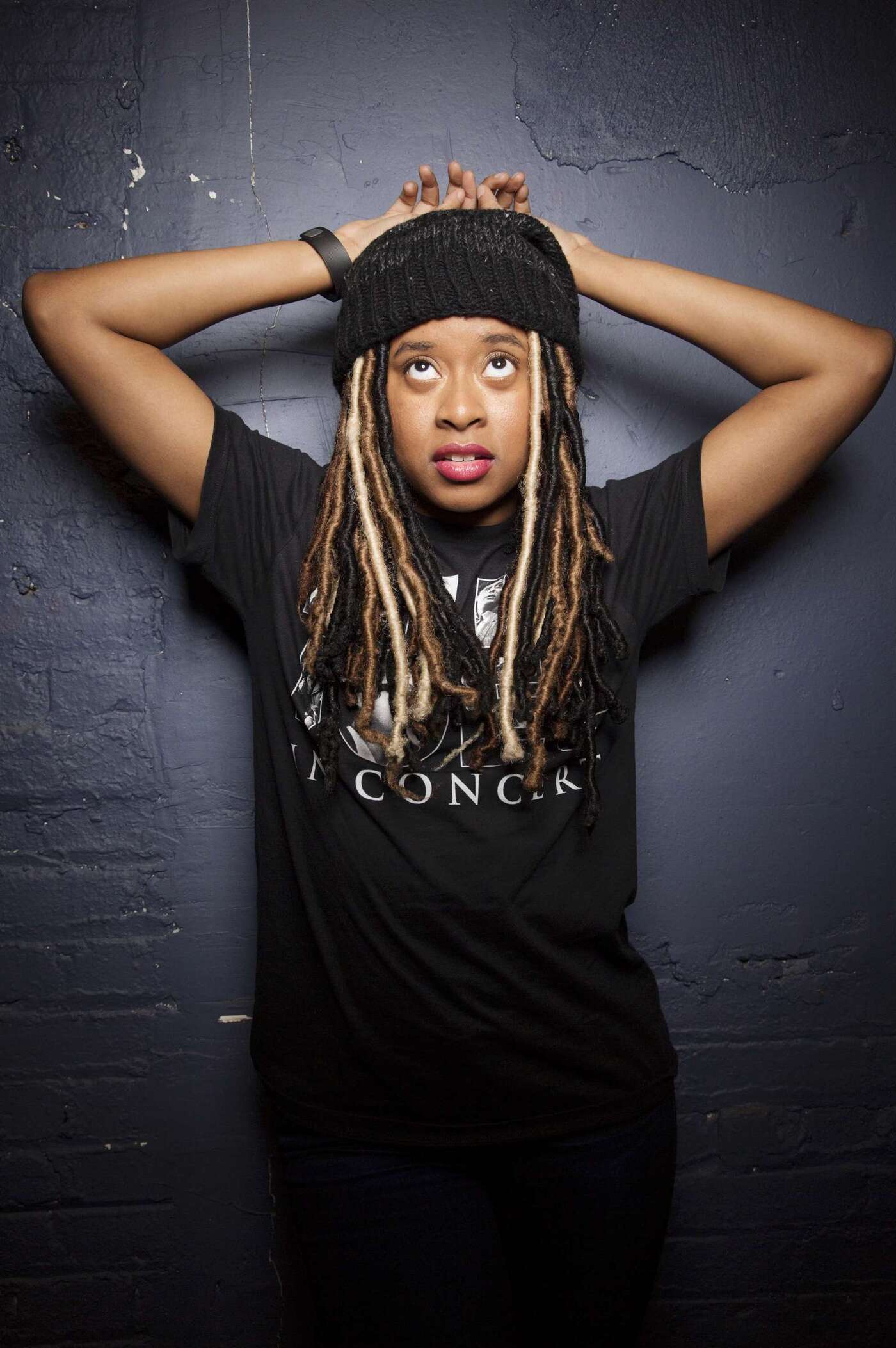 You know who's not worried about Resting Bitch Face?

"He's, like, not concerned with that, which is so freeing," Phoebe Robinson tells NPR's Rachel Martin.

As a black woman, Robinson doesn't have the same luxury.

"There's this whole notion of 'black women are angry' or 'black women are sassy' or, like, 'have bad attitudes,'" she says. "And so you always want to be in space where — at least I was for a while — where I was like: I want to be likable. I don't want people to think that I have resting bitch face or whatever."

Robinson's new book — about being black and female in America — is called You Can't Touch My Hair: And Other Things I Still Have to Explain.

"Black hair seems to raise a lot of nonblack people's blood pressure," she writes. "I've seen the gamut of emotion on people's faces — awe, confusion, stress, anger, joy, amazement, suspicion, envy, attraction, you name it — because we, and I'm using the royal we, as in society, have never figured out how to have a healthy, functional relationship with black hair."

Robinson, host of the Sooo Many White Guys podcast and co-host of 2 Dope Queens, talks with Martin about writing, comedy, speaking her mind — and why she'd like to date Michael Fassbender ... or Michael B. Jordan. One of the two. 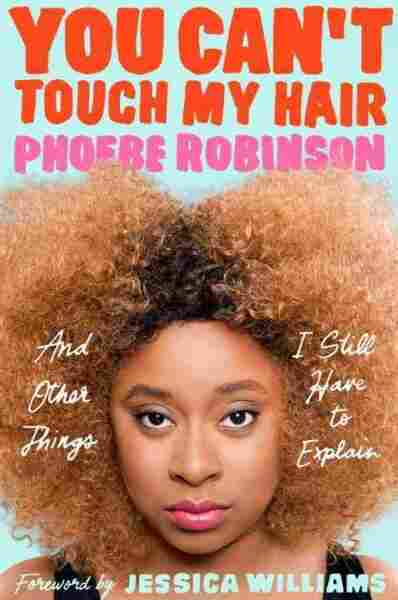 You Can't Touch My Hair

And Other Things I Still Have to Explain

On how she didn't expect to become a comedian

I was a funny kid growing up, and I did improv in college and went to Pratt Institute, but I did it very informally. It was just me and some of my friends goofing around on campus. ... I never really thought of comedy as a career. My goal was, when I moved to New York, I was going to write serious films. I'm a huge movie buff and so I was like, I'm going to write my American Beauty. I'm going to write something earth shattering. ... and I'm going to marry Robert DeNiro. ... That was the plan.

On how she's been writing ever since she was a kid

As a kid I used to always write these stories ... some of them were really cute, some of them were kind of crazy. I have this one book that I wrote as a kid — I had a giant crush on my gym teacher ... and so I like wrote this story about how I'm a princess and a scientist and all these things, and my brother gets kidnapped and my gym teacher is like, this prince from this other town. ... [He] saves the day and the last page, I got married to the gym teacher and we're just like chilling in bed, looking through a magazine. ... I won an award for that which is — the 90s were wild — because someone should have been like, hey, what's going on here? But everyone was like: 'Great narrative, this is awesome.'

­This one girl in my class, she's very sweet but she just recently discovered that she was a lesbian — which I was like: Yes, it's amazing that you found yourself. So, she wrote this play that ... I think it was coming from a good place, it really was, but she wrote this play about slavery. ...

Basically the slave had the chance to get her freedom, but she turned it down to stay being a slave at that plantation or whatever because her and the slave master's daughter were like having an affair. ...

I kind of had to speak up and be like, you know, I don't think any slave would be like: 'Hard pass on freedom, I'm going to keep picking cotton so I can hook up with this chick twice a week.'

I kind of had to speak up and be like, you know, I don't think any slave would be like: "Hard pass on freedom, I'm going to keep picking cotton so I can hook up with this chick twice a week." ...

It was tough because I was the only black person in the room so everyone was looking at me as soon as it was a slavery thing. ... You're under so much pressure to kind of be the representative of your culture. I think anyone who's not a cis straight white dude is expected to be like the representative. And so it was just a very tense moment and me even just chiming in ... was taken as me being a bully and being mean, and she got upset and she started to tear up, so then it was like: Great, I made a white girl cry, so now I'm a monster. ...

If you want to write a story about slavery, by all means, do it. But it has to come from a place that's respecting the past and respecting the people in it. So, after that happened I felt really bad, but then I got to a place where I just told myself: I can't not speak up or stand up for myself because I'm afraid that people are not going to like me because I'm a black woman who has an opinion.

I wish I talked more about body stuff in here — maybe in the next book — but I talk about thigh gap where women are judged based on the spacing between their thighs. ... I'm 170, my thighs rub together, and that's totally fine. But you see these gossip mags where they will just circle a spot on a woman's body and be like: What do you guys think of that? And you're like what?! What?! There are things like that where I go: This is insane that women are made to feel like failures all the time.

I think that will go a long way in changing the way that people view women because you have people saying: Well, Hillary doesn't look presidential, which just means she has a vagina. That's why she doesn't look presidential. And so I think having a woman who looks like her — she looks her age, she's not trying to wear skin tight dresses, she's just being herself — I think that will go a long way for even just girls growing up seeing a woman in a position ... of power.

I know he's in a relationship, but I'm like, listen Michael, I don't have an Oscar — that is correct. I am not famous. I don't have a stylist. But what I do have is a great personality and I have a Walgreens card, so I mean, we can get discount shaving cream all. the. time.

Michael B. Jordan, I'm here for you, too. Michael Fassbender is not the only Michael I'm after. This is an equal opportunity Michael situation.