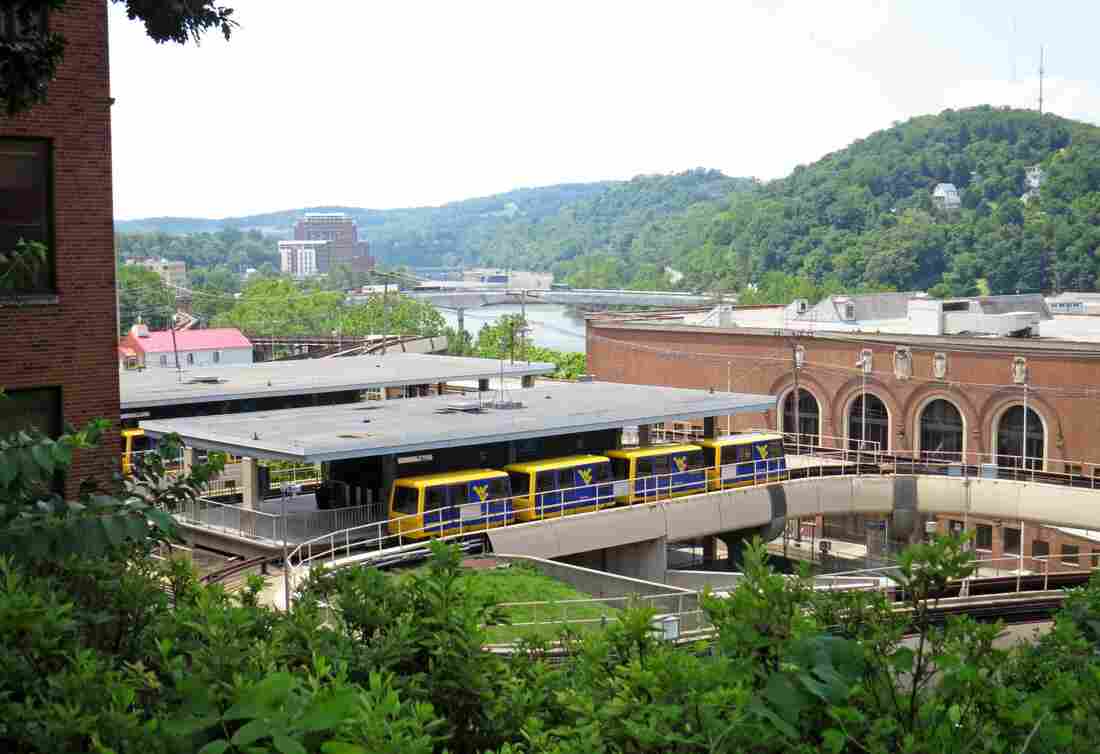 A single trip on the Morgantown, W.Va., PRT costs just 50 cents — and is free for students. The system provides about 15,000 rides a day (and double that when WVU has a home game). Joanne C. Sullivan/Flickr hide caption 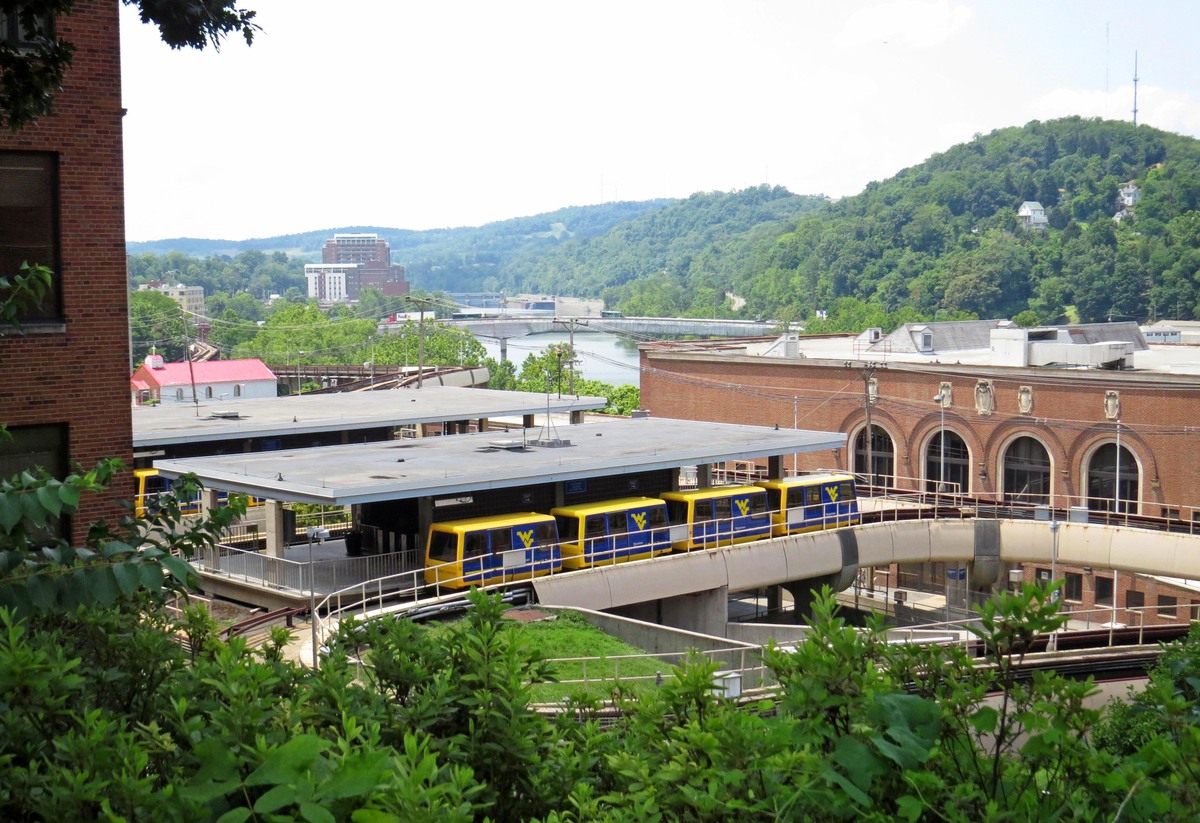 A single trip on the Morgantown, W.Va., PRT costs just 50 cents — and is free for students. The system provides about 15,000 rides a day (and double that when WVU has a home game).

This is a story about a revolution that never happened.

In 1975, a novel transportation system called Personal Rapid Transit, or PRT for short, started operating in Morgantown, W.Va. It was supposed to usher in a new age of public transit.

But West Virginia University, which operates the PRT system, remains committed to it — and is spending more than $100 million to refurbish the aging system.

PRT is very different from conventional mass transit. Normally, when you get on a subway or light rail, you get into a large car with lots of people, and you stop at every stop on the line (except in cases where some express trains stop less frequently, like in New York City). With PRT, you get in a small car — and your car only goes to your destination. It doesn't stop anywhere else.

"It's definitely easier than driving and trying to park," says Tiffany Kornberg, a second-year student in pharmaceutical sciences at WVU.

At a station in the city center, riders climb to an elevated platform. There's a turnstile at the top of the stairs. It's 50 cents — free if you're a student. But before you can go through, you have to select the station you're traveling to. This is a key to using PRT.

There are several boxy PRT cars stopped at the station. Each holds about 18 people. They're brightly painted with West Virginia University's blue and gold colors.

A sign over the cars indicates where they are headed. A car headed for the Medical Center stop takes off, and as it approaches the engineering campus stop, the car never slows down. This is PRT's advantage: On traditional transit, the car would have stopped there — even if no one wanted to get out. The PRT just zips right past.

Another PRT feature: If there's a midday lull, and the cars aren't needed, they just sit at a station and wait, saving resources. Traditional transit keeps empty trains running on schedule.

"This is one of the best-kept secrets in the transportation world," says Clement Solomon, who runs the PRT system.

Solomon says the system provides 15,000 rides on a typical day (Morgantown has a population of 30,000) — and doubles that ridership when there's a home football game.

A few years ago, Solomon says, the university had to make a decision. The PRT cars were wearing out and the control systems needed updating. Should they refurbish the system, or abandon it?

So WVU commissioned a study.

"We would have to do anywhere from 30 to 60 buses in loops, running nonstop, to transport our students," Solomon says. Refurbishing PRT was the best option, according to the report.

"If you look at it, there isn't a system in the world that can do what this system can do," he says.

But elsewhere, PRT hasn't caught on. There are a multitude of probable reasons: Opposition from companies that make systems for buses and light rail, questions about the reliability of the new technology, uncertainty about PRT's cost-effectiveness.

There's a system at Heathrow Airport in London, and in Masdar City, a planned community in Abu Dhabi. Several places are considering PRT, including Greenville, S.C.

But a revolution in public transportation? Not so much.