Accessibility links
Divided States: 4 Arizona Voters Weigh In After The Vice Presidential Debate Did the match-up between Indiana Gov. Mike Pence and Virginia Sen. Tim Kaine move the needle for four voters in the battleground state?

Arizona, a traditionally red state, is in play for Democratic presidential nominee Hillary Clinton this year.

The state has voted Republican since 1952, except for Bill Clinton's win in 1996. But today, some polls show Clinton looking competitive, or even with a slight advantage in the state. And The Arizona Republic recently endorsed Clinton for president, the first time the paper has backed a Democrat since it began publication in 1890.

Immigration is a big issue in this border state. Arizona may have a reputation as a state that favors a hard-line stance on illegal immigration because in 2010, former Republican Gov. Jan Brewer signed into law the toughest immigration enforcement legislation in the country. But a recent poll found that a majority of Arizona voters do not support building a wall between the U.S. and Mexico, or deporting all undocumented immigrants, two of the policies that have come to define GOP presidential nominee Donald Trump's candidacy.

Morning Edition traveled to Arizona as part of NPR's Divided States series, where we profile voters in several battleground states ahead of the presidential and vice presidential debates. We met with four voters from across the political spectrum, learning what issues are important to them ahead of the debate, and then later, heard their post-debate take. (Click on the audio above to hear the voters on immigration and implicit bias. Click here to hear them discuss the death penalty and abortion.)

Before the debate, two voters were undecided; one was a Clinton supporter, and another an enthusiastic Donald Trump backer. Did the match-up between vice presidential nominees Indiana Gov. Mike Pence and Virginia Sen. Tim Kaine move the needle for any of them? 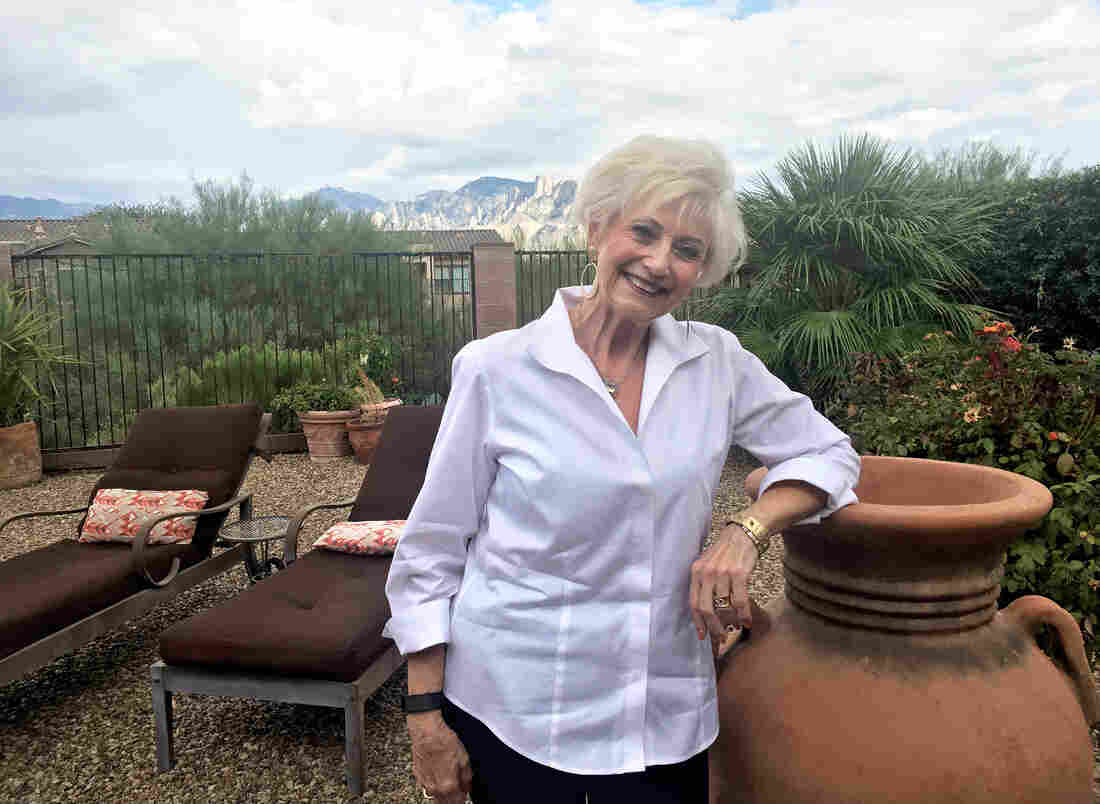 Eileen Eagar worries that the goal of many Muslims coming into the U.S. is to kill Americans. Christopher Conover/Arizona Public Radio hide caption

A convert to Mormonism, and a "fierce" Donald Trump supporter, one of Eager's big election-year issues is the GOP candidate's ban on Muslims entering the U.S. (Hear her profile.)

"The Muslims want to come here and change many [Americans]. If they believe in the Koran, that's what they want to do, and their goal, many of them, is to kill us."

Was Pence "tough enough" on immigration for her? 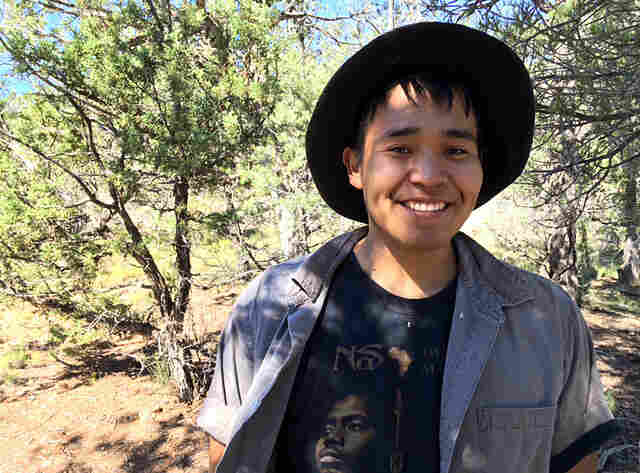 Majerle Lister, 22, supported Bernie Sanders before the primary. He says he won't vote for Trump but isn't yet committed to Clinton. Laurel Morales/KJZZ hide caption

Occupation: Research assistant at the Diné Policy Institute on the Navajo Nation reservation.

A recent graduate from Arizona State University, Lister hopes to improve life for his fellow Native Americans living on the reservation. An enthusiastic Bernie Sanders backer, he has concerns about Hillary Clinton and is waiting to see if she will take a stand on issues important to him such as tribal sovereignty, the environment and water. (Hear his profile.)

"Hillary, she flip-flops. It seems like she's doing it to get votes. It makes me nervous. If I'm going to vote for someone, I want them to be very solid on their positions."

"Regardless of [Kaine's pro-life] beliefs, he is still going to do his job ... as an elected official. ... With Hillary Clinton, she seems to have flip-flopped between what she's going to do in her public policy. Tim Kaine said, 'No matter what, I'm going to uphold this, regardless of this belief.' It's not him flip-flopping." 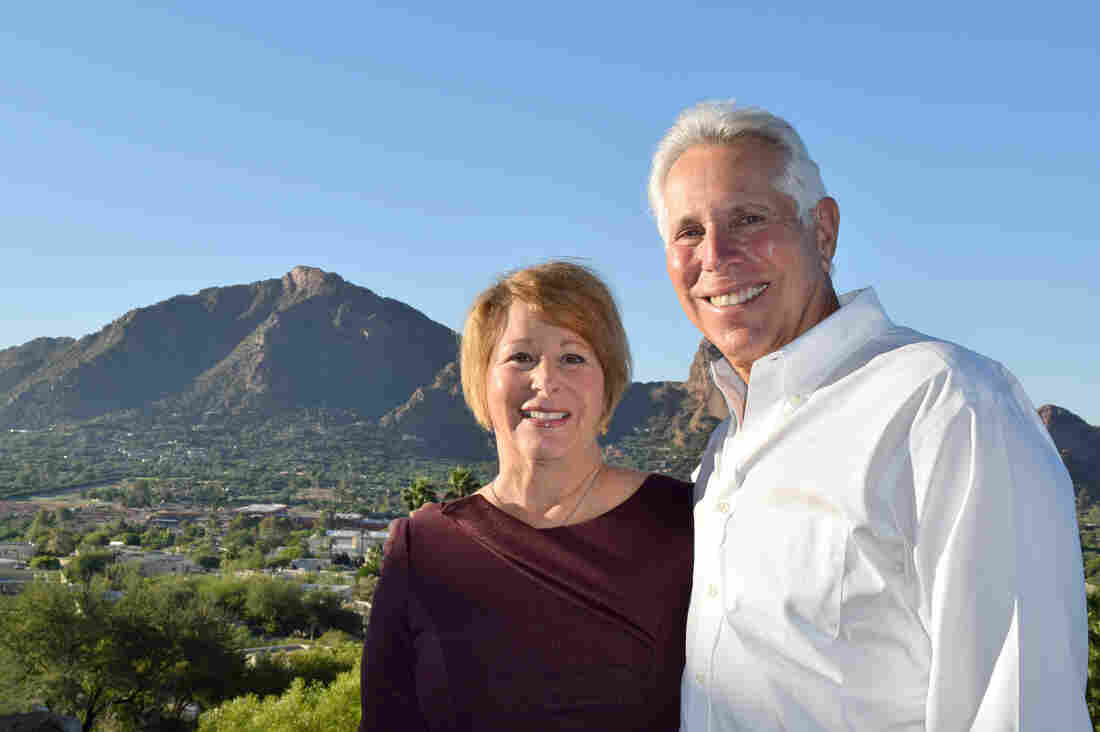 Lanny Lahr, here with his wife, Marlene, says Hillary Clinton "is more than qualified to be president of the United States." Ashley Westerman/NPR hide caption

Lahr and his wife, Marlene, are an unusual phenomenon among their wealthy country club set: they sometimes vote for the Democrat. Marlene says Lanny "holds up his end" at his Republican-leaning breakfast club, "but they beat him up pretty good." Lahr says he will vote for Clinton, but he is not concerned about Trump's use of tax loopholes. (Hear his profile.)

Is Pence right to say that Hillary Clinton is seizing on the issue of implicit bias and racism for political gain?

"I don't believe that Pence is right. There is bias. There's bias in all of us, whether we say we don't have bias or we do. Unless we try to figure this issue out, we'll never solve it ... so whether we like it or not as white people, that's the truth. So Pence is wrong. Any issue you can bring up that Trump is supporting — he's a fear-monger." 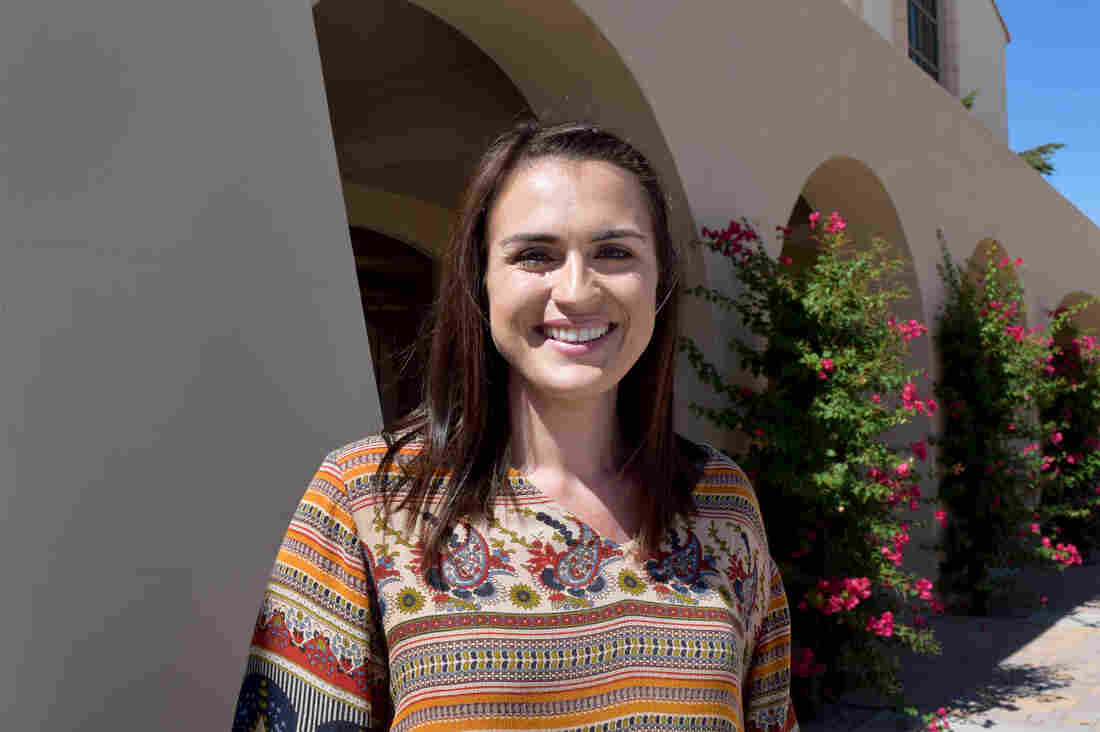 Of the election so far, Mary Graham says, "This is kind of a sucky year because it's like picking the lesser of two evils." Ashley Westerman/NPR hide caption 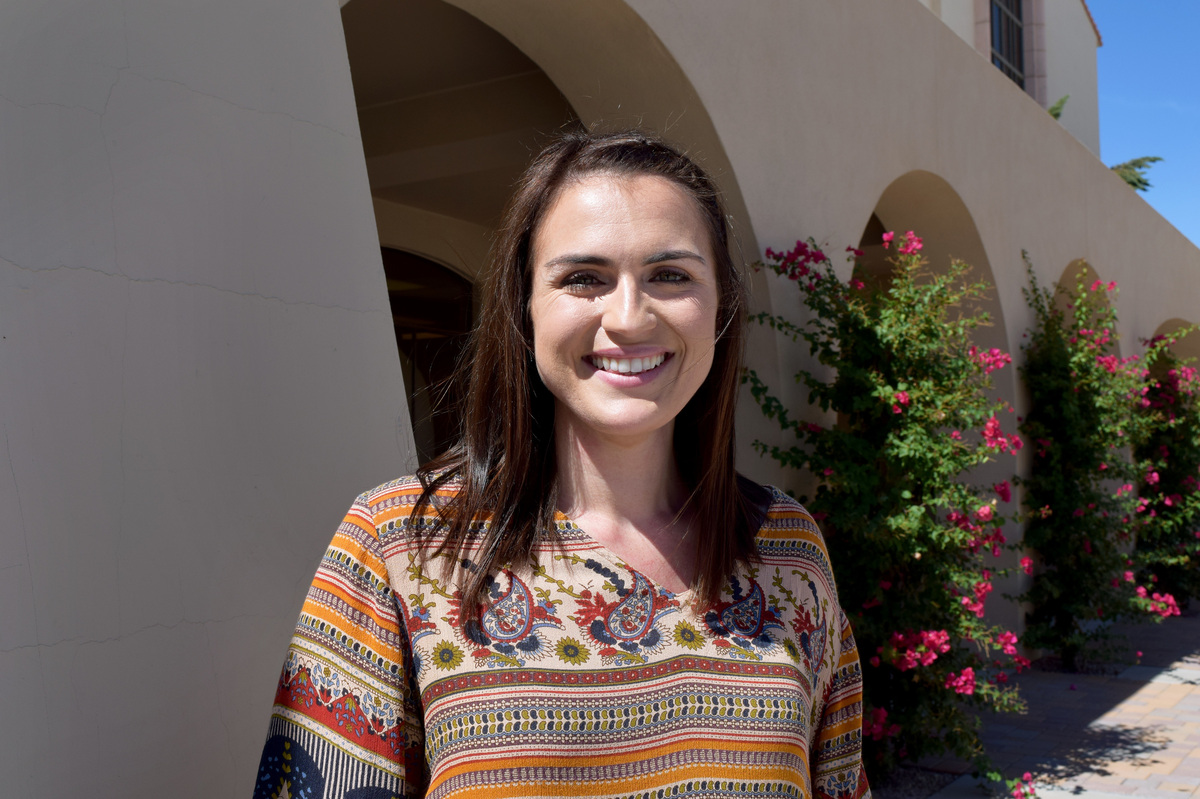 Of the election so far, Mary Graham says, "This is kind of a sucky year because it's like picking the lesser of two evils."

Occupation: Communications officer at the Cathedral of Phoenix. She is finishing her bachelor's degree at Arizona State University in Phoenix after having taken five years out to work as a Catholic missionary.

Mary says the values of her Mexican Catholic family define how she votes, and this year, that has left her confused. (Hear her profile.)

"I'm like, neither of you really are ideal. Because the abortion issue is very close to my heart, Hillary's kind of out, and now a big question is can I support Trump? It's, like ... I don't know, honestly, and I feel like I represent a lot of Catholics who are like, well, crap, I know I can't vote for her, but I can't support him either."

"I was really loving [Pence]. I was like, 'Oooh, OK, I see you.' I could really relate to a lot of the things he said in the debate. But it goes back to the wall thing — its kind of a hard pill for me to swallow, especially when I have so many immigrant friends. ... I am surrounded by so many people who don't have bad intentions, they are struggling to make a better life for themselves and families. So that was hard for me personally to swallow."