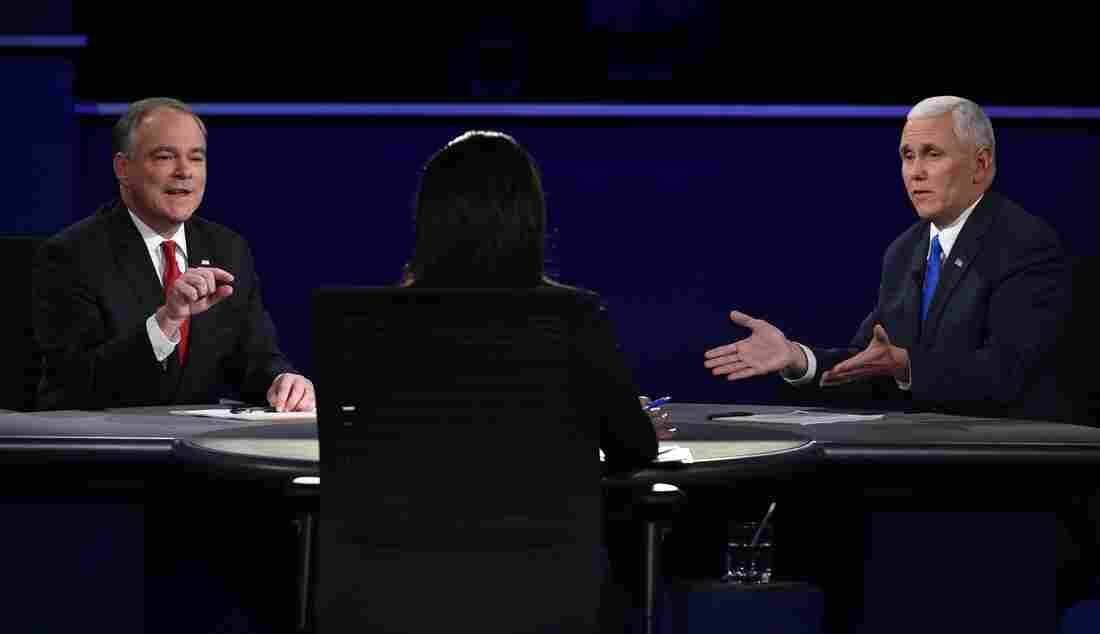 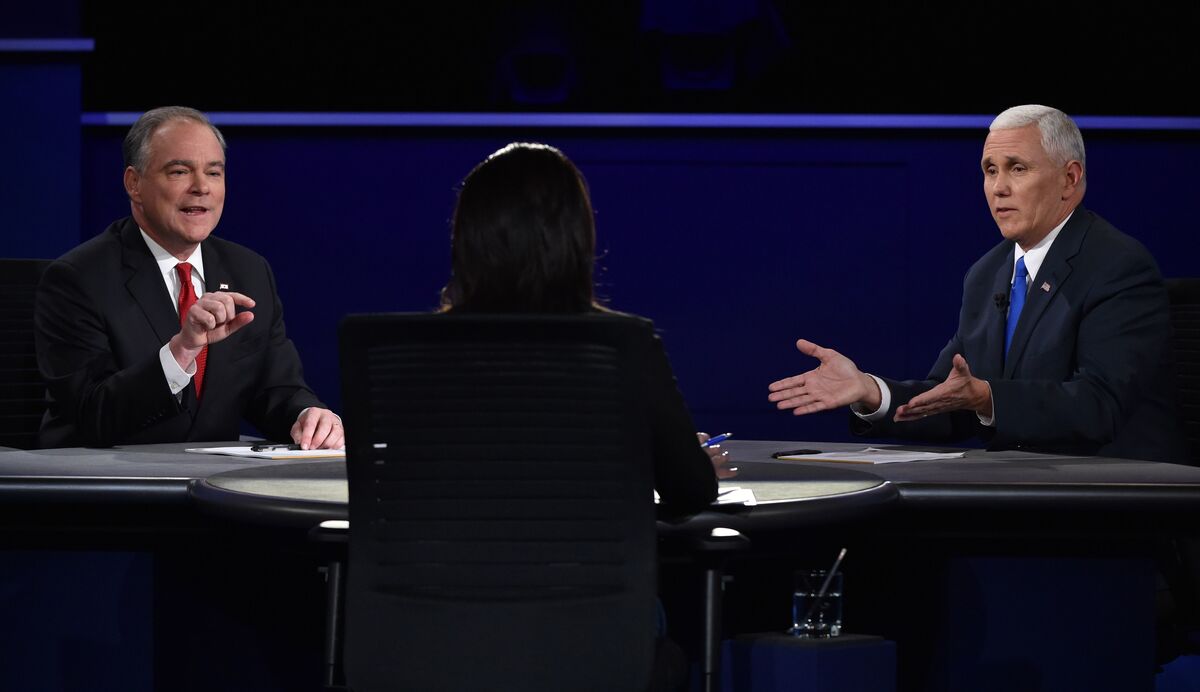 Indiana Republican Gov. Mike Pence and Virginia Democratic Sen. Tim Kaine met Tuesday evening for the only vice presidential debate of 2016. Many expected the 90-minute face-off at Longwood University in Farmville, Va., to be a cordial affair, and it largely was, but each came armed with plenty of barbs to throw at the other.

Ultimately, the debate was as much about Donald Trump and Hillary Clinton as it was about the men vying for the No. 2 job. Throughout the evening, each had to defend his running mate's controversies — Clinton's email server and the Clinton Foundation and Trump's controversial rhetoric and refusal to release his tax returns.

Pence repeatedly denied many things that his running mate had, in fact, previously said. But overall the Indiana governor — who, as a former radio talk show host is practiced in verbal sparring — gave a much stronger performance than Trump did just over a week ago. It also likely helped his own political prospects, win or lose come Nov. 8. The two debaters often talked over each other, and Kaine frequently tried to interrupt Pence. Both veered off topic several times, even as moderator Elaine Quijano of CBS News tried to direct them back.

The affable vice presidential candidates weren't expected to be traditional attack dogs, but there were plenty of flashes of aggression from both, though nothing compared to Clinton and Trump during their first debate. Ultimately, elections are about the top of the ticket, and attention will soon shift to Sunday's second debate in St. Louis.

We recapped some of the key moments of the debate below. NPR politics and policy reporters also live fact-checked the debate.