Accessibility links
'The Wangs' Is Sparkling Family Travelogue — With Teeth Jade Chang's debut novel follows former cosmetics magnate Charles Wang, whose business empire has collapsed, as he herds his fractious family on a cross-country roadtrip to their new home. 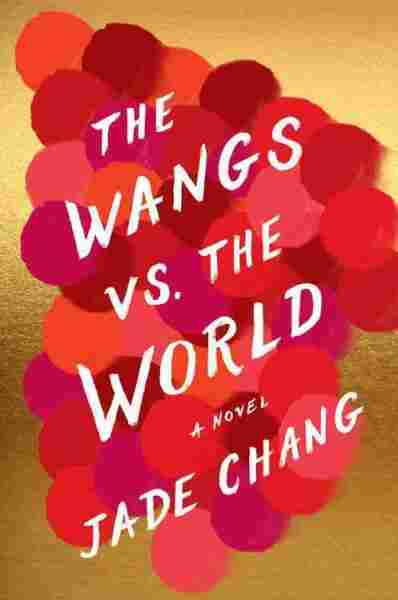 The Wangs Vs. the World

Title
The Wangs Vs. the World
Author
Jade Chang

Charles Wang is having a bad year. Then again, so is much of America. It's 2008, and the financial crisis is wreaking havoc across the economic sphere. A Chinese immigrant-turned-millionaire who owns a successful chemical company that makes artificial urea for the cosmetics industry, Charles has a lot to lose, and sure enough, he loses it all: His empire of "faux pee," as he self-deprecatingly calls it, has collapsed. He's left destitute. Forced to leave his fancy Bel Air estate, he gathers his family to embark on a cross-country road trip to their new home in the Catskills; there, his eldest daughter Saina owns a farmhouse that represents the final remnant of Charles' once formidable wealth. But there's one more problem on top of everything else: His family isn't exactly what you'd call functional.

The setup for The Wangs vs. the World — the debut novel by journalist Jade Chang — is so rich in conflict and pathos, it's hard to realize at first that it's a comedy. Not that it takes Chang very long to get the hilarity rolling. Saina, wrapped up in the New York art scene, is embroiled in a love triangle brimming with comic missteps. Her younger sister Grace, ripped away from her boarding school, is a pills-and-booze-consuming teenager whose acerbic wit cuts like a switchblade. Between them is Andrew, the stereotypically peace-making middle child who's away at college in Arizona — although what he wants most in the world is to become a stand-up comedian. Unfortunately, being funny isn't quite his strong suit.

'The Wangs vs. the World' drives home the fact that there is no one immigrant experience — just humanity in all its glorious, sloppy complexity, doing its best to survive and thrive despite the whims of society and circumstance.

Chang not only effortlessly juggles this crew of point-of-view characters, she imbues each of them with distinct voice of their own. Charles' delusions of grandeur — thanks to his aristocratic lineage, which he quixotically yearns to reclaim — are deflated by his downfall; his current wife, Barbra, can't avoid feeling competition with her predecessor, May Lee, who died in a freak helicopter accident over the Grand Canyon years ago. And Grace is still processing the death of her mother in unhealthy ways, although her self-destructive sarcasm masks a far more complicated psyche.

Naturally, sending them all hurtling down the U.S. interstate system together makes for some side-splitting friction. Their madcap trip serves as a travelogue of American weirdness, from desolate sands of the Mojave desert to the breakfast buffets of the Deep South. At one point, Andrew takes the stage of an open-mic in Austin to try out some of his material on the crowd — and his painfully ill-fated routine winds up being a ruthless takedown of America's love of race-themed comedy.

That's just one way Chang tackles the issue of race from a fresh, playful, yet cutting perspective. Her book is unrelentingly fun, but it's also raw and profane — a story of fierce pride, fierce anger, and even fiercer love. "In one move he went from king to cock," she writes, talking about how Charles Wang's had to adapt to his new cultural status as an immigrant when he first moved to the U.S.; by the novel's end, though, he imparts an epiphany to his children about the identity of the Chinese-Americans that's as sublimely uproarious as it is profound. The Wangs vs. the World drives home the fact that there is no one immigrant experience — just humanity in all its glorious, sloppy complexity, doing its best to survive and thrive despite the whims of society and circumstance. With plenty of laughs, both bitter and sweet, along the way.