Accessibility links
Supreme Court To Hear Death Penalty Case Based On Racially Tainted Testimony Duane Buck was given the death penalty after an expert witness testified that he was more likely to be dangerous in the future because he was black. The Supreme Court hears his case Wednesday.

The U.S. Supreme Court hears arguments Wednesday in the case of Duane Buck, a convicted Texas murderer who was sentenced to die after an expert witness testified that Buck was more likely to commit violent crimes in the future because he is black.

There is no doubt about Duane Buck's guilt or the gruesome nature of his crime. He shot and killed his ex-girlfriend in front of her children while she begged for her life. Buck also killed the man he thought she was sleeping with. And he shot his own stepsister, who was at the scene, though she survived.

While the jury easily convicted Buck, it had trouble deciding whether to sentence him to death or life in prison. The jurors were out for two days, sending four notes to the judge, focusing, apparently, on the question of future dangerousness. Under Texas law, a jury cannot sentence a defendant to death unless it unanimously concludes he poses a future danger. 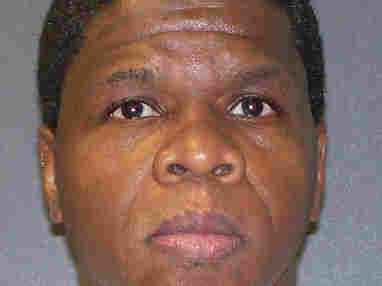 During his sentencing for murder in 1997, the jury was told that because Duane Buck was black, he posed a "future dangerousness." He was given the death penalty. Texas Department of Criminal Justice/AP hide caption

During the sentencing phase of the trial, Buck's lawyer put psychologist Walter Quijano on the witness stand. Quijano testified that statistically Buck was more likely to commit violent crimes because he is black. The prosecution then drove that point home during cross-examination, asking Quijano, "You have determined that ... the race factor, black, increases the future dangerousness for various complicated reasons; is that correct?"

At his trial, Buck heard Quijano's testimony and couldn't understand why nobody objected, as he later told his new lawyer during a prison interview recorded for the NAACP Legal Defense Fund.

"Out of all the things, that stood out because it's like you think they're saying because you black, you need to die," recalled Buck. "I felt that was strange because my lawyer didn't say nothing, nobody else, you know, the prosecutor or the judge. It's like it was an everyday thing in the courts."

Although Buck kept losing his appeals in the Texas courts, by 2000, an appeal based on Quijano's testimony in another case made it to the U.S. Supreme Court. While the case was pending, then-Attorney General John Cornyn formally admitted that the state of Texas had denied the defendant his "constitutional right to be sentenced without regard to the color of his skin," and that the psychologist's references to race "seriously undermined the fairness, integrity" and "reputation of the judicial process."

Cornyn also announced at the time that his office had identified six other capital cases in which defendants were sentenced to die after similar racial claims by Quijano. In three of the cases, including Buck's, Quijano was put on the witness stand by the defense, and in three others, he was called by the prosecution. But Cornyn pledged that the state would not object if all the inmates sought a new sentencing hearing. 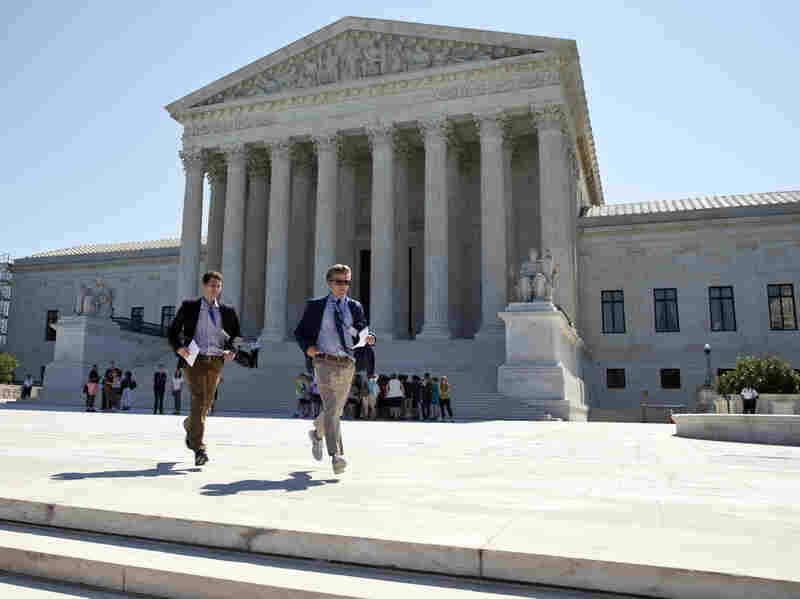 The U.s. Supreme Court begins its new term Wednesday as it ended the last one — down one justice and ideologically deadlocked on a range of issues. Alex Brandon/AP hide caption 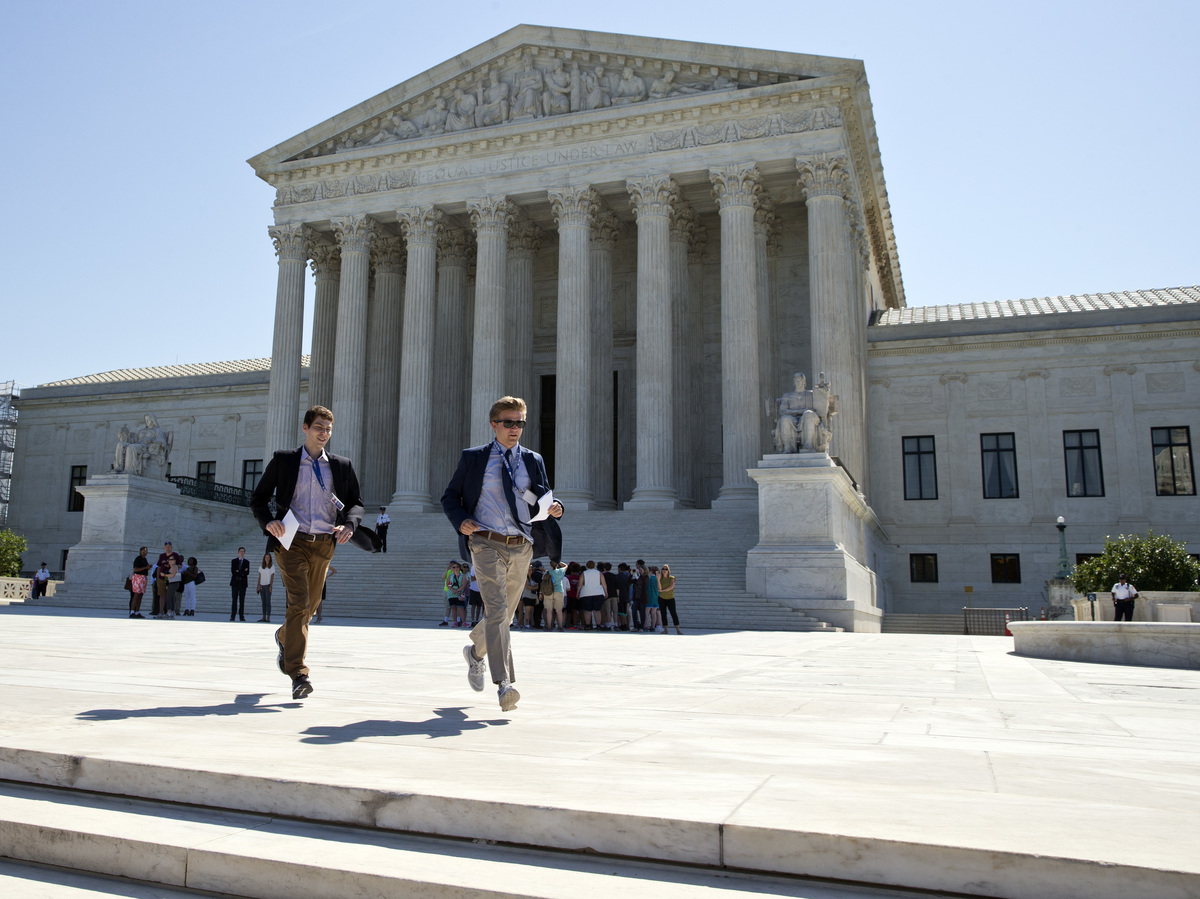 The U.s. Supreme Court begins its new term Wednesday as it ended the last one — down one justice and ideologically deadlocked on a range of issues.

The state lived up to that pledge for five of the six death row inmates. But in Buck's case, Cornyn's successor, now Gov. Greg Abbott, reneged.

In the ensuing years, new lawyers acting for Buck repeatedly appealed his sentence on grounds that he'd been denied effective assistance of counsel. But they lost because the claim was raised too late.

In 2013, though, the Supreme Court for the first time ruled that, even if lawyers initially fail to raise a claim like this, the federal courts may review the matter in extraordinary cases.

So, in 2014, Buck's lawyers went back to federal court. They still lost. So they appealed to the Supreme Court, which will hear arguments in the case Wednesday.

Lawyer Christina Swarns of the NAACP Legal Defense Fund will tell the justices that Buck's case is extraordinary because he is the only prisoner facing execution in Texas after the state acknowledged that his case was contaminated by racial bias.

This is the kind of "explicit racial appeal" that courts for a century have found unacceptable, she notes, adding that it's "impossible to un-ring the bell," In this case, she argues, the Quijano testimony "told the sentencing jury that it didn't need to rely on any of the individual facts and circumstances of Mr. Buck's crime or his life history to decide whether or not he should be executed. The only thing they needed to rely on or know about was the fact that Mr. Buck was black. That is unconstitutional, and that is deeply prejudicial."

Quijano's testimony turned out to be "an incorrect prediction" about Buck, says Kate Black of Texas Defender Service, who has represented Buck since 2011. According to Black, Buck has not had a single disciplinary infraction in more than 20 years of incarceration. On death row, Black observes, inmates are routinely written up for refusing to shave, having too many postage stamps, displaying artwork in their cells and other low-level transgressions. Black added that Buck, now 52-years-old, is a man of deep Christian faith who has dedicated himself to ministering to young inmates.

The Texas Solicitor General declined to be interviewed for this story, but the state argues in its brief that Buck did not establish a substantial likelihood that the jury would have reached a different conclusion if the testimony linking race to violence had not been introduced. The state maintains that the horrific facts of Buck's crime, his lack of remorse at the scene and testimony from another ex-girlfriend about his violence toward her played a much larger role.

A wide variety of individuals and organizations have filed friend of the court briefs on Buck's behalf — among them a group of prosecutors that includes a former assistant district attorney who prosecuted Buck's case in Texas state court, Linda Geffin.

No similar briefs have been filed in support of Texas.

A decision in the case is expected later in the term.