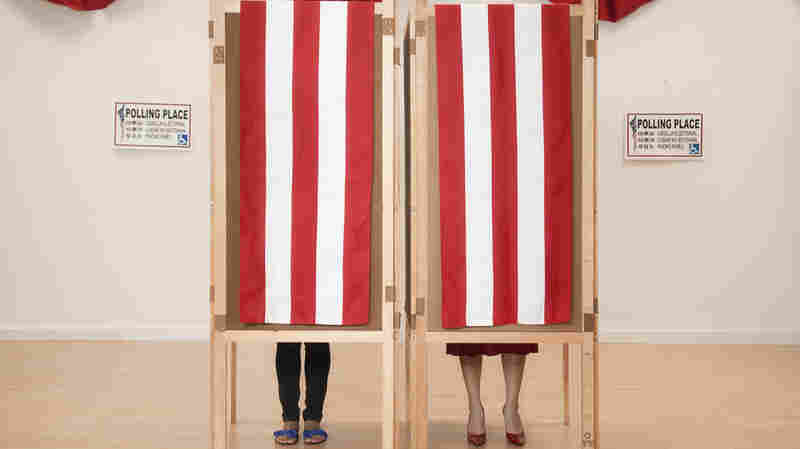 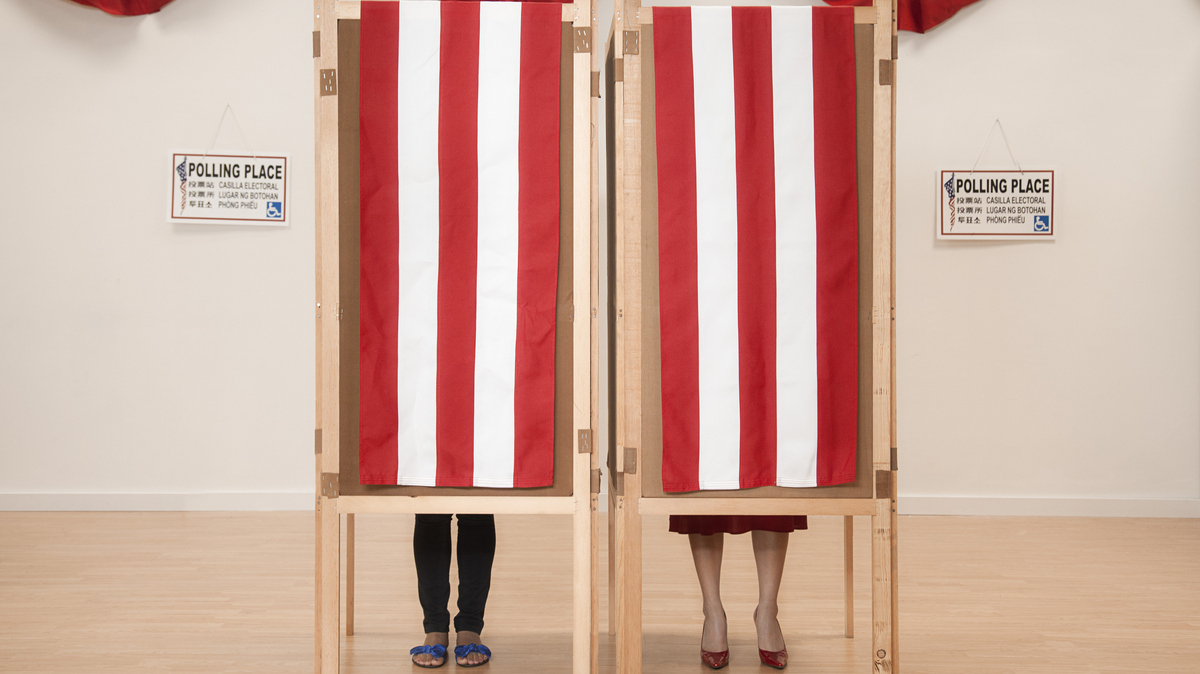 Supporters of voter ID laws say they want to ensure the integrity of the electoral process. Now, critics say these laws are a veiled attempt by Republicans to deny African-Americans and other predominantly Democratic voters the opportunity to cast a vote. Well, there's new social science research that could offer some insight into why people might support voter ID laws. And to explain it, we're joined by none other than NPR social science correspondent Shankar Vedantam. Hey, Shankar.

GREENE: So what is this research about?

VEDANTAM: Well the research attempts to understand what causes people to support voter ID laws, David. And at a basic level, you'd have to say the most important thing is partisanship. Close to 100 percent of Republicans tend to support these laws, and nearly two-thirds of Democrats also support these laws. There are lots of possible explanations.

You could support these laws because you're worried about the integrity of the electoral system, and you want to make sure that only people who are eligible to vote are casting votes. Most supporters of the laws say this is why they support the laws. It could also be that you're biased. If you're explicitly biased against black people, for example, and you don't want them to vote, you could support these laws as a way to keep them from voting.

GREENE: Someone might be that transparent about why they're doing it?

VEDANTAM: Exactly. Now, finally - and this is where the new research comes in - researchers also wanted to know whether unconscious racial biases might also be playing a role. These biases show up in psychological experiments, often among people who say they're not biased at all.

GREENE: So did they come up with a hypothesis about some sort of unconscious bias and test it?

VEDANTAM: They did. So political psychologist Antoine Banks at the University of Maryland and his colleague, Heather Hicks, ran experiments on more than a thousand white volunteers. Here's Banks.

ANTOINE BANKS: What we found was, when we made white Americans afraid or fearful, it actually made them more supportive of voter ID laws. So people who scored really high in this unconscious racial bias, when we put them in a fearful state, their support for voter ID laws went from about 76 percent to about 92 percent.

GREENE: When we put them in a fearful state - what kind of fear are we talking about? I mean, threats to the electoral process or saying, you know, politically, this - something can be bad for the country? What's making them afraid?

VEDANTAM: So this is one of the interesting aspects of the study, David. When the volunteers were made to feel scared, it didn't have anything to do with politics or voting. Something about the combination of the unconscious bias and being in the emotional state of fear seemed to increase support for voter I.D. laws.

GREENE: They could have been told, like, a hurricane was coming and is going to destroy a community - I mean, anything.

VEDANTAM: Exactly. Now, one possibility here is that some of these unconscious racial biases are themselves linked to fear - for example, fear of black people. So something about being fearful might be activating these biases. But one implication of the study, David, is that inducing fear, even if it has nothing to do with politics, can potentially increase support for these laws. Another interesting finding is that the biggest effect is not among Republicans, but among Democrats.

BANKS: Democrats who hold these unconscious bias, they fall - about 50 percent of them support voter ID laws. But when we make them afraid or fearful, their support jumps up to about 80 percent. So among that group is actually where we find that biggest effect.

VEDANTAM: Now clearly, David, this is only one study, but it adds to this large body of research that's out there that these psychological cues can have an effect on how people think and the policies they endorse. Now, clearly all this is very useful information for political operatives. It might not be so good for voters who don't always realize how they're being manipulated.

GREENE: Which is the definition of unconscious.

GREENE: That is Shankar Vedantam, NPR's social science correspondent. He's also the host of a podcast that explores the unseen patterns in human behavior. It is called HIDDEN BRAIN.